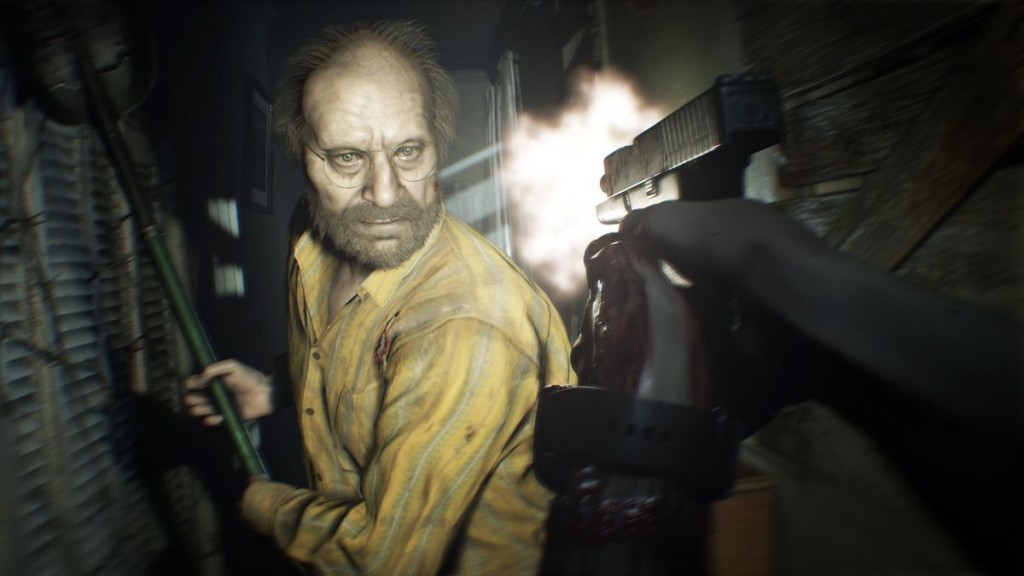 We don’t know anything concrete about Resident Evil 8. At least nothing beyond a few plot points hinted at by the ending and DLC for Resident Evil 7. However, we feel pretty confident in saying that Capcom will make a Resident Evil 8 at some point.

Until recently, nobody was asking that question. Resident Evil 7 was a generally well-received sequel that successfully transitioned the series to first-person. More importantly, it restored the pure horror of the franchise. It had been years since fans had played a Resident Evil game that seemingly prioritized pure horror above all else. There were some who bemoaned the changes, but the general consensus was that Resident Evil had found its new formula.

That is until the recent Resident Evil 2 remake came along. Widely considered to be perhaps the best game in the Resident Evil series, fans had hoped for years that Capcom would remake Resident Evil 2. Well, we got that remake, and it’s more than most people could have hoped for. It’s a beautiful game that manages to combine some classic series ideas with the best of modern technology and a more active third-person action style.

This has created a fascinating conundrum as it concerns future Resident Evil games. While sales may ultimately dictate which Resident Evil game sets the tone for future titles, you have to wonder whether Capcom would really abandon a gameplay style they just established.

To that, we say “Why not?” Narratively, Resident Evil was different enough from the games that came before that you could write it off as an experiment if Capcom chose to do so. While there are still some questions regarding where it fits into the overall mythology of the series, it’s not like they’re contractually obligated to make another game like it.

On top of that, the gameplay style of Resident Evil 2 just works. It feels much more accessible, seems better equipped to bring out the best the franchise has to offer and is already generating a great deal of buzz. It even capitalizes on the best-selling Resident Evil 4‘s best attributes.

The only thing you have to wonder is what Capcom would lose by abandoning the first-person pure horror style so quickly. While it had its flaws, Resident Evil 7 showed glimpses of being something quite special. Would we be losing out on too much if Capcom decided to abandon that style of game design in favor of something that maybe feels more immediate and gratifying?

Maybe, but as we said earlier, the beauty of this argument is that it might actually be up to us. Whichever game sells more might just be the one that Capcom emulates moving forward. In fact, it might have been their plan all along to see which would be more popular.

In a truly perfect world, though, Capcom finds an excuse to revisit both styles in order to deliver a variety of experiences that will help continue this sudden – but welcome – second golden age of Resident Evil titles we seem to find ourselves in.

Who Deserves Blame For Destiny 2: Bungie or Activision?

Snowfall is here and it is time to cheer! Sorry about that… As different video games pump out their holiday events, plenty get swept under the radar. If you are tired from playing the multiple FPS holiday events … END_OF_DOCUMENT_TOKEN_TO_BE_REPLACED

Welcome ghouls, beasts, tricksters, and every horrific being known to man. The spooky season is upon us and I figured I would indulge in the festivities in my own way. Thus, I have come up with a satirical take on … END_OF_DOCUMENT_TOKEN_TO_BE_REPLACED

Do so, and you’ll probably find that T END_OF_DOCUMENT_TOKEN_TO_BE_REPLACED

I remember when I played my first Resident Evil. It was a gift and couldn’t wait to get it running in my old PS1. That old Capcom “this game contains scenes of explicit violence and gore” plastered on the … END_OF_DOCUMENT_TOKEN_TO_BE_REPLACED

At the beginning of one mission, you are marked for dead by the organization you work for. Your handler has no idea what happened but informs you that they are coming for … END_OF_DOCUMENT_TOKEN_TO_BE_REPLACED

The history of gaming isn’t that old compared to other artistic and entertainment mediums. Many people have lived through the entirety of video game history, and more people have seen most of it. As such, you’d think that the … END_OF_DOCUMENT_TOKEN_TO_BE_REPLACED

(Updated 4/18/22) Even at a time when it feels like every game is being adapted into a show or movie, the news that Twisted Metal is being turned into a TV series stands out. Why? Well, it probably has … END_OF_DOCUMENT_TOKEN_TO_BE_REPLACED

(Updated 4/15/22) The reveal of the Mortal Kombat movie trailer and news that Street Fighter characters are joining the Fortnite roster has both legendary franchises on the minds of gamers everywhere. So, it’s only natural that fans have also … END_OF_DOCUMENT_TOKEN_TO_BE_REPLACED

While Super Smash Brothers for the Wii U and 3DS has been out for just over a year and the recent announcement of Cloud joining the roster garnering a massive amount of hype, many fans of the fighting game … END_OF_DOCUMENT_TOKEN_TO_BE_REPLACED

I’ll admit that I’ve never been a fan of visual novels. I have nothing against them; it just isn’t a genre I’m interested in. That said, MangaGamer’s announcement a while back that their upcoming Steam release of Kindred Spirits … END_OF_DOCUMENT_TOKEN_TO_BE_REPLACED

Black Shell Media is a multimedia marketing and PR studio specializing in distribution and publishing of indie games! We do a lot of marketing and work with websites, … END_OF_DOCUMENT_TOKEN_TO_BE_REPLACED

Snowfall is here and it is time to cheer! Sorry about that… As different video games pump out their holiday events, plenty get swept under the radar. If you are tired from playing the multiple FPS holiday events … END_OF_DOCUMENT_TOKEN_TO_BE_REPLACED

Amazon Prime members can get free games and free in-game content every month that last a certain amount of time. You can jump over to Amazon to sign-up for an account or navigate to the Prime Gaming section to see … END_OF_DOCUMENT_TOKEN_TO_BE_REPLACED