It’s finished! Yes, the Unfinished Swan is finally out and available on the PlayStation Network. Firstly, and most importantly, I would like to say how happy I was to play a game that was simply a good two to three hours of gameplay. I’ve paid sixty dollars for a game with eight to twenty hours of gameplay and, more often than not, I’m usually a little disappointed, but with Unfinished Swan I was happy to see genuine innovation. I was initially skeptical when I started Unfinished Swan and the story unfolded before me in the form of a children’s fairy tale, but I was quickly sucked in by the magic as it whisked me off. 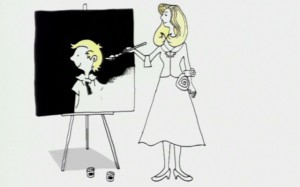 You start out as a lonely boy named Monroe who just lost his mother. He was sent to an orphanage and was only allowed to take one picture of his mother’s with him, and naturally he took the Unfinished Swan which he’d always had an affinity for. One evening Monroe awoke to find the Swan had left the picture, so he grabbed his mother’s paint brush and went through a door he’d never seen before. This brings Monroe to a stark white room with no shading, no color, and no visible depth. For a quick second I was annoyed that my game had crashed on a white screen, but then I saw the black reticle in the middle of the screen. Sufficiently curious I began to hit buttons but wasn’t instantly greeted with any visual feedback, only the audio of Monroe grunting as he jumped. Finally I just started clicking the triggers and I was rewarded with an arcing black ball that splattered in the distance. Curiosity and questions leapt to the forefront of my brain as I rapidly spammed the triggers and found that if I splattered enough paint I could actually use the contrast to find my way around! I was instantly taken with this little gem of innovation and I was hungry for more which I think is a perfect way to start a game. 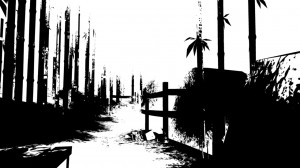 Game mechanics generally played around puzzle solving tools; however they were all used in ways I’d never seen before. Paint splatters to navigate, some portals that M.C. Escher would be really proud of, monstrous gardening, and even some building tools.
The game was definitely fun and almost more entertaining to watch other people try and figure out the unique puzzles Unfinished Swan has to offer. The only fault of this game was that each innovation only had a brief demonstration because the game was so short. Before I could really start tinkering with the mechanic they had introduced, it was gone and replaced with something different. The whole game felt more like a fantastically mind blowing portfolio piece that one might use to demonstrate your abilities to a potential job rather than a fully-fledged game intended for the everyday consumer. I stress though that this does not take away from the game. I feel like everyone should buy this game, if for no other reason than to play something that doesn’t have Michael Bay writing the script and that the feel of the game is a good calm break from the norm, though 15 bucks of the PSN is a bit steep. 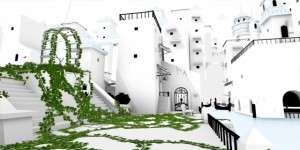 $33 for Assassin's Creed III plus three $3 credits
PlayStation Collections to include 'God of War', 'inFAMOUS'
Revamped 'Jet Set Radio' debuts next month for $10 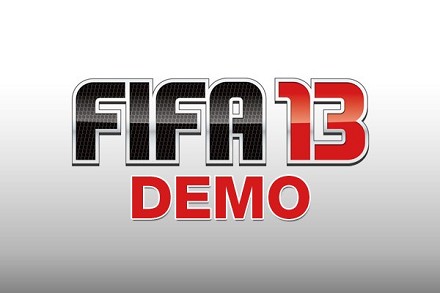 The science-fiction horror game, originally released in 2008, was a massive success that influenced an entire generation of games within space/horror genre. Despite the … END_OF_DOCUMENT_TOKEN_TO_BE_REPLACED

After months of speculation regarding the release of an upgraded Switch system, Nintendo finally revealed its latest gaming system — the Nintendo Switch OLED Model. The new Switch will release on October 8, costs $349.99, and offers a long list … END_OF_DOCUMENT_TOKEN_TO_BE_REPLACED

The Legend of Zelda: Breath of the Wild’s critical acclaim is often met with the counter of being “overrated” by some players. There are usually numerous reasons for this – both notable and ridiculous – but one of the … END_OF_DOCUMENT_TOKEN_TO_BE_REPLACED

I remember when I played my first Resident Evil. It was a gift and couldn’t wait to get it running in my old PS1. That old Capcom “this game contains scenes of explicit violence and gore” plastered on the … END_OF_DOCUMENT_TOKEN_TO_BE_REPLACED

At the beginning of one mission, you are marked for dead by the organization you work for. Your handler has no idea what happened but informs you that they are coming for … END_OF_DOCUMENT_TOKEN_TO_BE_REPLACED

If you were to bet me $20 that Amazon would be making an MMORPG at some point, I would still find some reason to not give it to you. Amazon games announced 3 new PC games to try to … END_OF_DOCUMENT_TOKEN_TO_BE_REPLACED

The Legend of Zelda: Breath of the Wild’s critical acclaim is often met with the counter of being “overrated” by some players. There are usually numerous reasons for this – both notable and ridiculous – but one of the … END_OF_DOCUMENT_TOKEN_TO_BE_REPLACED

I don’t play a lot of Apex Legends anymore. I enjoyed the game for a while, but there aren’t many games I’ve stayed with consistently over the long haul since the lost years of World of Warcraft. These days there … END_OF_DOCUMENT_TOKEN_TO_BE_REPLACED

Diehard fans of Call of Duty’s groundbreakingly successful battle royale – Warzone – have been eagerly anticipating the release of a new map for months now. … END_OF_DOCUMENT_TOKEN_TO_BE_REPLACED

While Super Smash Brothers for the Wii U and 3DS has been out for just over a year and the recent announcement of Cloud joining the roster garnering a massive amount of hype, many fans of the fighting game … END_OF_DOCUMENT_TOKEN_TO_BE_REPLACED

I’ll admit that I’ve never been a fan of visual novels. I have nothing against them; it just isn’t a genre I’m interested in. That said, MangaGamer’s announcement a while back that their upcoming Steam release of Kindred Spirits … END_OF_DOCUMENT_TOKEN_TO_BE_REPLACED

Black Shell Media is a multimedia marketing and PR studio specializing in distribution and publishing of indie games! We do a lot of marketing and work with websites, … END_OF_DOCUMENT_TOKEN_TO_BE_REPLACED

Wondering if you can run Halo Infinite on your laptop or desktop? Sure, why not? Halo Infinite has launched in open beta mode (Nov. 16, 2021) and will officially release on Dec. 8, 2021. The game is the sixth in … END_OF_DOCUMENT_TOKEN_TO_BE_REPLACED