Ah, Pokémon. Every video gamer from the late 90s onward has at least heard the name, if not actually played the game; I can still remember back to my junior high school days, when about 40% of my life revolved around catching, battling and trading anything that fit into a pokéball (for comparison, school accounted for about 20% if that much). The trip through Mt. Moon, taking on Misty at the Cerulean Gym, wading my way through Ghastlies and Haunters in Lavender Tower, battling Team Rocket in Saffron City and finally wiping the floor with that arrogant son of a bitch Blue (or Gary, as I prefer) at the Pokémon League are all among my fondest memories toward of video gaming. And even though my obsession with Pokémon has long dwindled with time, I still remain a consistent fan of the (main) series, and so I write this review over the latest installment, Pokémon Black and White 2. 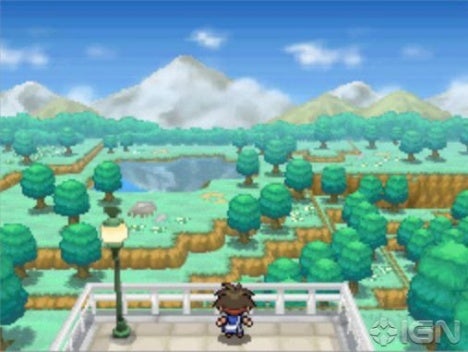 The story is as follows: it is now two years after the first Black and White. Over that space of time, Unova has visibly changed; new towns and cities have become accessible, a new Champion now reigns in the Pokémon League and new Gym Leaders have joined the lineup. Most importantly however, Team Plasma has split into two factions, one loyal to N and the original ideology of freeing Pokémon from abusive trainers, and the other loyal to Ghetsis, which seek to conquer the world. To accomplish the latter objective, Ghetsis hatches a new diabolical plan, starting with the capture of the mysterious Pokémon Kyurem. In the middle all of this, two up and coming trainers, the player character (default names being Nate as a male and Rosa as a female) and his/her rival (Hugh), begin their journey from Aspertia City, seeking adventure in the world of Pokémon.

Unlike past generations, in which Pokémon games are usually followed upon by a revamped version of the original paired games (for example, Pokémon Ruby and Sapphire were eventually revamped into Pokémon Emerald), Black and White 2 are true sequels to the original Black and White. Besides the aforementioned backstory, much of the gameplay has been improved from the previous games while revolutionary new features have been added. The first of note is that, due to the passage of timeskip, much of the Unova region has changed; towns and cities have been altered from the first game, new Gyms and Gym Leaders have moved in, certain characters have grown noticeably older and now take part in different roles, and the player can now embark in newer activities and side games as he/she travels Unova. Hell, even Team Plasma has changed somewhat (besides their abandoning the PETA-esque “liberation of all Pokémon” line), having ditched their old medieval knights theme and aesthetics for to being become more military oriented (made me think Plasma Team Six when I first saw them).

Let’s start with the Pokémon lineup. As with Pokémon Platinum before it, Black and White 2 now has Pokémon from outside the Unova region (a la past games) added to their early game lineup, giving players greater variety in the types of in-game Pokémon that they can catch. Rather than being stuck with Unova exclusive Pokémon from the beginning, players can now catch favorites like Growlithe, Lapras and Skarmory during the main game, as opposed to having to beat main story in order to gain access. This adds a considerable amount of variety for players to construct their teams with, not to mention plays up the nostalgia factor.

Following this, Black and White 2 have a lot more side-games than previous titles. In past Pokémon games, starting with Generation III’s Ruby and Sapphire, there was usually one type of side competition that the player could embark in; in the former two and Emerald, it was the beauty Contests, in Diamond, Pearl and Platinum these became Super Contests (in which events like Acting and Dancing were incorporated), HeartGold and SoulSilver have the Pokéathalon (self-explanatory) and the first Black and White had the Pokémon Musicals. Now, Black and White 2 retain the Musicals, but now also feature the Pokéstar Studios, in which player characters can take part in cinematic battles for movies. Generally Basically, you hold “filmed” battles, in which players are provided a script for specific moves to use, actions to take and lines to shout out against the “villainous” characters and their Pokémon, which are then judged by a theater audience post-filming (with a “happy” ending being the highest mark). I was never a big fan of the contests and so forth, but I found this side-game to be particularly entertaining, as far as Pokémon side games go.

Next of note is the Pokémon World Tournament. This is perhaps my favorite feature of Black and White 2 due to a constant frustration in past games: the inability to have rematches with Gym Leaders. Here, not only can you re-battle the Gym Leaders of the Unova region, but also the other regions (Kanto, Johto, Hoenn and Sinnoh), as well as the respective Champions of those areas. Again the nostalgia factor is played up considerably, as players can engage the likes of Lt. Surge, Sabrina, Blaine, Giovanni, Falkner, Whitney (yes, she still has that damn Miltank), Jasmine, Clair, Brawly, Flannery, Norman, Gardenia, Bryon, Volkner, Lance, Cynthia and (of course) Red, all with their trademark Pokémon to bare. One could spend hours playing this segment of the game alone, obviously, and unlike with the Battleground/Fighting Dojo of Generation IV, the rematches aren’t based on a specific schedule (players can engage them anytime they wish).

And to top off, there’s the main core of the game (as far as I’m concerned): the storyline. When I went to Gamestop (yes I still use Gamestop to buy my games) to pick up the first Black and White, I remember getting into a conversation with the shopkeeper over Pokémon; in his opinion, Black and White was a considerable step up from previous games as the writing has become more adult oriented. Whereas past Pokémon games held a distinct spiritual theme to them, Black and White actively discussed it, to the point that it even questioned certain aspects of morality, though you’d almost expect that from a game whose theme Pokémon are fashioned off of the Yin-Yang. Black and White 2 not only continues that line of writing, but also improves upon it, adding the idea of “Nothingness” (which Kyurem symbolizes) to contend with the themes of its predecessors, as well as expanding on the villainous nature of Team Plasma and its leaders. In that sense, while one typically doesn’t play Pokémon for the story so much as the battles, I found the story to be particularly enjoyable regardless; indeed, Pokémon now feels more like an adult’s game than one geared for children that adults happen to enjoy.

Really, this was a very enjoyable game in all areas, including ones that Pokémon had previously lacked in. In fact, the only flaws I found were those standard with such games, a la the repetitive battles, the usual difficulties with bringing up Pokémon and the computer remaining a cheating bastard (look it up on TVTropes.org). Either way, this is definitely a game for Pokémon fans, whether they are newbies or veteran players who started off with nothing but a Charmander/Squirtle/Bulbasaur, a Pokédex and a dream.

Snowfall is here and it is time to cheer! Sorry about that… As different video games pump out their holiday events, plenty get swept under the radar. If you are tired from playing the multiple FPS holiday events … END_OF_DOCUMENT_TOKEN_TO_BE_REPLACED

Welcome ghouls, beasts, tricksters, and every horrific being known to man. The spooky season is upon us and I figured I would indulge in the festivities in my own way. Thus, I have come up with a satirical take on … END_OF_DOCUMENT_TOKEN_TO_BE_REPLACED

Do so, and you’ll probably find that T END_OF_DOCUMENT_TOKEN_TO_BE_REPLACED

I remember when I played my first Resident Evil. It was a gift and couldn’t wait to get it running in my old PS1. That old Capcom “this game contains scenes of explicit violence and gore” plastered on the … END_OF_DOCUMENT_TOKEN_TO_BE_REPLACED

At the beginning of one mission, you are marked for dead by the organization you work for. Your handler has no idea what happened but informs you that they are coming for … END_OF_DOCUMENT_TOKEN_TO_BE_REPLACED

The history of gaming isn’t that old compared to other artistic and entertainment mediums. Many people have lived through the entirety of video game history, and more people have seen most of it. As such, you’d think that the … END_OF_DOCUMENT_TOKEN_TO_BE_REPLACED

(Updated 4/18/22) Even at a time when it feels like every game is being adapted into a show or movie, the news that Twisted Metal is being turned into a TV series stands out. Why? Well, it probably has … END_OF_DOCUMENT_TOKEN_TO_BE_REPLACED

(Updated 4/15/22) The reveal of the Mortal Kombat movie trailer and news that Street Fighter characters are joining the Fortnite roster has both legendary franchises on the minds of gamers everywhere. So, it’s only natural that fans have also … END_OF_DOCUMENT_TOKEN_TO_BE_REPLACED

While Super Smash Brothers for the Wii U and 3DS has been out for just over a year and the recent announcement of Cloud joining the roster garnering a massive amount of hype, many fans of the fighting game … END_OF_DOCUMENT_TOKEN_TO_BE_REPLACED

I’ll admit that I’ve never been a fan of visual novels. I have nothing against them; it just isn’t a genre I’m interested in. That said, MangaGamer’s announcement a while back that their upcoming Steam release of Kindred Spirits … END_OF_DOCUMENT_TOKEN_TO_BE_REPLACED

Black Shell Media is a multimedia marketing and PR studio specializing in distribution and publishing of indie games! We do a lot of marketing and work with websites, … END_OF_DOCUMENT_TOKEN_TO_BE_REPLACED

Snowfall is here and it is time to cheer! Sorry about that… As different video games pump out their holiday events, plenty get swept under the radar. If you are tired from playing the multiple FPS holiday events … END_OF_DOCUMENT_TOKEN_TO_BE_REPLACED

Amazon Prime members can get free games and free in-game content every month that last a certain amount of time. You can jump over to Amazon to sign-up for an account or navigate to the Prime Gaming section to see … END_OF_DOCUMENT_TOKEN_TO_BE_REPLACED