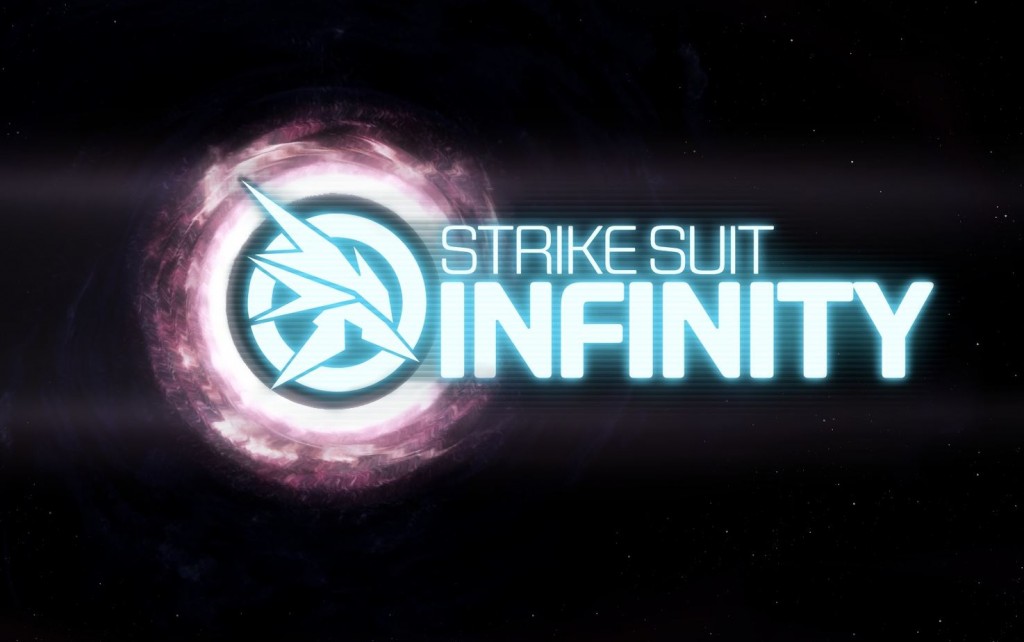 Shooting ships in space will always be a fun concept. Who doesn’t get excited when thinking of climbing into the cockpit of a massive space fighter, armed to the teeth, and blasting through the hulls of enemy invaders with searing lasers and unforgiving photon torpedoes? We’ve loved it since Asteroids, and it has only gotten better with new technology. Technology like giant robotic armor suits, such as those offered in the new score-fest space shooter from  Born Ready, Strike Suit Infinity.

You play the role of a pilot specializing in an advanced starship that has the ability to turn into a Strike Suit with amped up power and precision aiming. With each level you clear waves of enemy ships that become more difficult as the game goes on. Early rounds start with basic interceptors and fighters whizzing about your head, soon progressing to heavier challenges like Frigates, Capital Ships and Transports which give you extra rewards like weapons and upgrade credits. These things often take you to opposite sides of the battle space, so fast kills and immaculate aiming are your best friends. 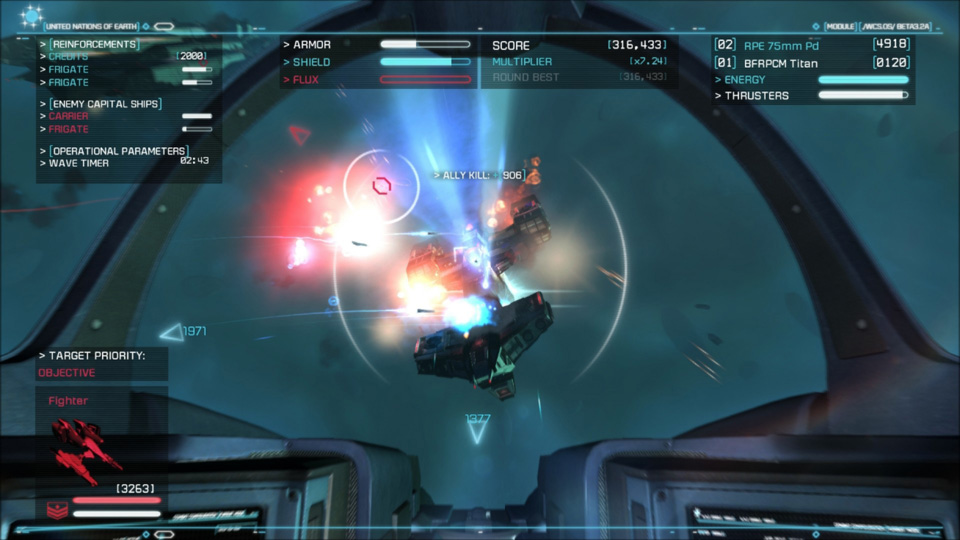 A view down cannon fodder alley.

But it’s that part of the game that might steer people away from enjoying the game even in the early rounds. Those who are familiar with its mission-based predecessor Strike Suit Zero will have no transition to make here. For new players, a gamepad is a big must. Controlling the Strike Suit is daunting at first and requires some time in the training module to properly calibrate your thinking. While movement is fairly fluid and responsive, aiming at enemy ships with anything but the fast unlinked Plasma Gun will prove to be a challenge. Enemies zip around you with blazing expertise, requiring you to follow their weaving and looping like a hotshot. Homing missiles help greatly in this matter, but there are times where aiming in the standard starship could use a more intuitive method of locking onto an enemy.

But that won’t stop you from getting enough kills to build up your Flux meter, a gauge which fuels your ability to switch to Strike Mode, giving you auto aiming and pin-point accurate homing missile clusters, all at vastly increased power. Blow away enemies with auto cannons, lock onto multiple targets with a homing salvo, and even dodge enemy missiles with the Dash move. Yet the disadvantage is a decreased intuitiveness in the way the suit moves, requiring a totally different control scheme to do so. This puzzling change bears no continuity with the standard control set you use when not in Strike Mode, which could have easily remained the same. 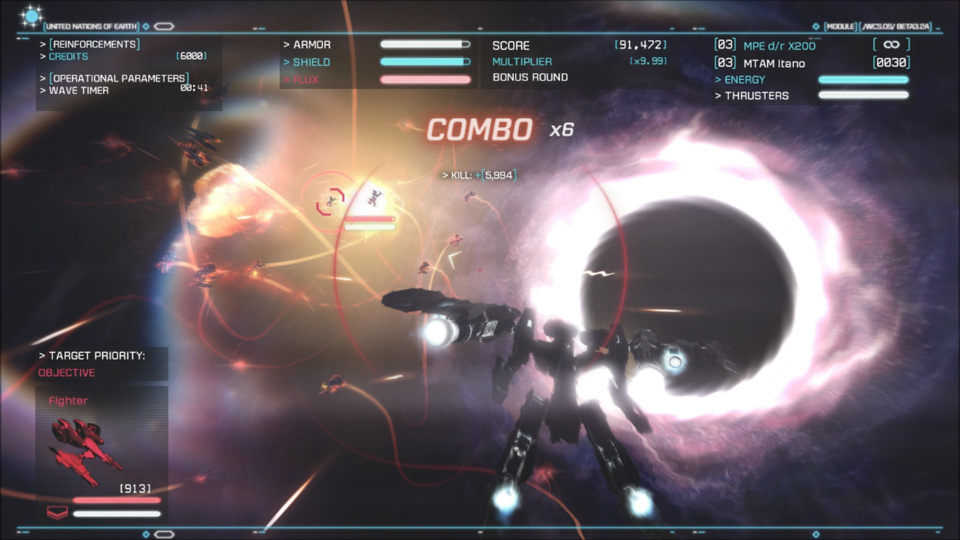 When you fly a transformer in space, nobody messes with you.

Any difficulty this presents, however, is offset by your ally ships which warp in at the beginning of every round to aid you in your fight. Any allies left alive at the end of the round will give you a bonus credit towards hiring more ships to join your effort. These range from basic speedy interceptors to hulking Capital ships packed with firepower. The goodness doesn’t stop there, as the game gives you the option of upgrading these things to better swat the enemy. The more fighters you have the better chances of going after the more challenging ships such as the Frigate or the elusive Transport ship, which warps out of the battle space at unpredictable intervals. Sometimes the transport would hang around and let me chase it, other times it would escape before I could even reach it, leaving me to wonder if it was even worth it to go after them at all. 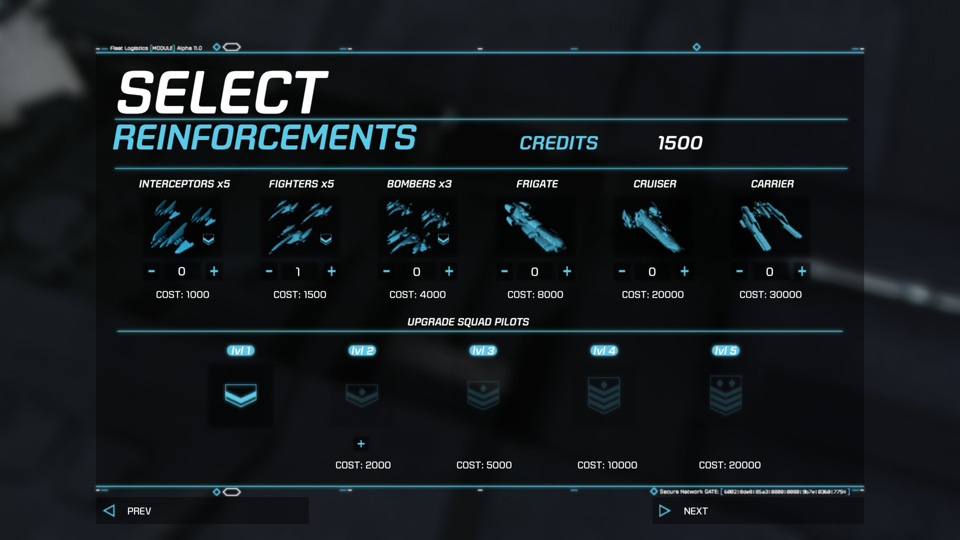 A squadron all too eager to crush the enemy.

Nonetheless, you have a wide battle-field to traverse, which is a blessing all around. You have plenty of room to escape pursuers and give yourself distance from a target, which allows you a moment to admire a bit of the visuals. Animations are fluid. Ship models are sufficiently spacey but lack appealing texture. Looking down at planet Earth while doing some fancy maneuvers will give you a real sense of place, not to mention that gut-tickling feeling of motion and immersion. The frenetic nature of the gameplay, however, will not leave you much time to assess the details. 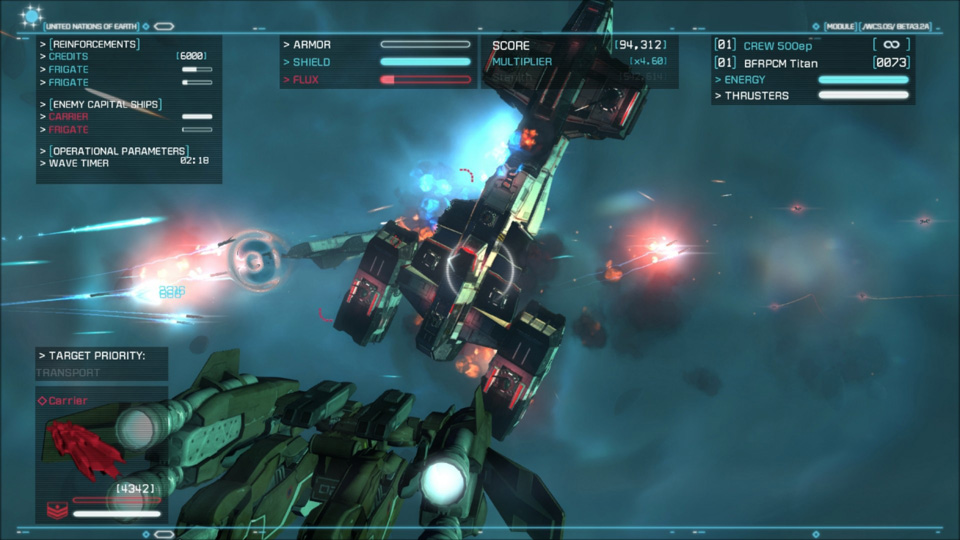 Yet despite all its mild shortcomings, this little shooter packs a mean wallop in a big way. It is loads of fun despite having a frustrating learning curve, and the lack of any real mission objectives does nothing to diminish the sheer enjoyment of space battles. If you’re looking for something to tide you over until the next Star Wars movie rolls out for a super bargain price, look no further than Strike Suit Infinity. It’ll blow you away.

Welcome ghouls, beasts, tricksters, and every horrific being known to man. The spooky season is upon us and I figured I would indulge in the festivities in my own way. Thus, I have come up with a satirical take on … END_OF_DOCUMENT_TOKEN_TO_BE_REPLACED

In 2020 it was revealed developer IO Interactive was working on a James Bond game known as Project 007 which, understandably, shook the video game world. Still in production, there’s a possibility that their James Bond game could be the … END_OF_DOCUMENT_TOKEN_TO_BE_REPLACED

Do so, and you’ll probably find that T END_OF_DOCUMENT_TOKEN_TO_BE_REPLACED

I remember when I played my first Resident Evil. It was a gift and couldn’t wait to get it running in my old PS1. That old Capcom “this game contains scenes of explicit violence and gore” plastered on the … END_OF_DOCUMENT_TOKEN_TO_BE_REPLACED

At the beginning of one mission, you are marked for dead by the organization you work for. Your handler has no idea what happened but informs you that they are coming for … END_OF_DOCUMENT_TOKEN_TO_BE_REPLACED

The history of gaming isn’t that old compared to other artistic and entertainment mediums. Many people have lived through the entirety of video game history, and more people have seen most of it. As such, you’d think that the … END_OF_DOCUMENT_TOKEN_TO_BE_REPLACED

(Updated 4/18/22) Even at a time when it feels like every game is being adapted into a show or movie, the news that Twisted Metal is being turned into a TV series stands out. Why? Well, it probably has … END_OF_DOCUMENT_TOKEN_TO_BE_REPLACED

(Updated 4/15/22) The reveal of the Mortal Kombat movie trailer and news that Street Fighter characters are joining the Fortnite roster has both legendary franchises on the minds of gamers everywhere. So, it’s only natural that fans have also … END_OF_DOCUMENT_TOKEN_TO_BE_REPLACED

While Super Smash Brothers for the Wii U and 3DS has been out for just over a year and the recent announcement of Cloud joining the roster garnering a massive amount of hype, many fans of the fighting game … END_OF_DOCUMENT_TOKEN_TO_BE_REPLACED

I’ll admit that I’ve never been a fan of visual novels. I have nothing against them; it just isn’t a genre I’m interested in. That said, MangaGamer’s announcement a while back that their upcoming Steam release of Kindred Spirits … END_OF_DOCUMENT_TOKEN_TO_BE_REPLACED

Black Shell Media is a multimedia marketing and PR studio specializing in distribution and publishing of indie games! We do a lot of marketing and work with websites, … END_OF_DOCUMENT_TOKEN_TO_BE_REPLACED

Welcome ghouls, beasts, tricksters, and every horrific being known to man. The spooky season is upon us and I figured I would indulge in the festivities in my own way. Thus, I have come up with a satirical take on … END_OF_DOCUMENT_TOKEN_TO_BE_REPLACED

The month of October is here, and the spooky festivities are starting. However, it is still key to be aware of the other important events happening around this time of the year. For example, October is Breast Cancer Awareness month. … END_OF_DOCUMENT_TOKEN_TO_BE_REPLACED