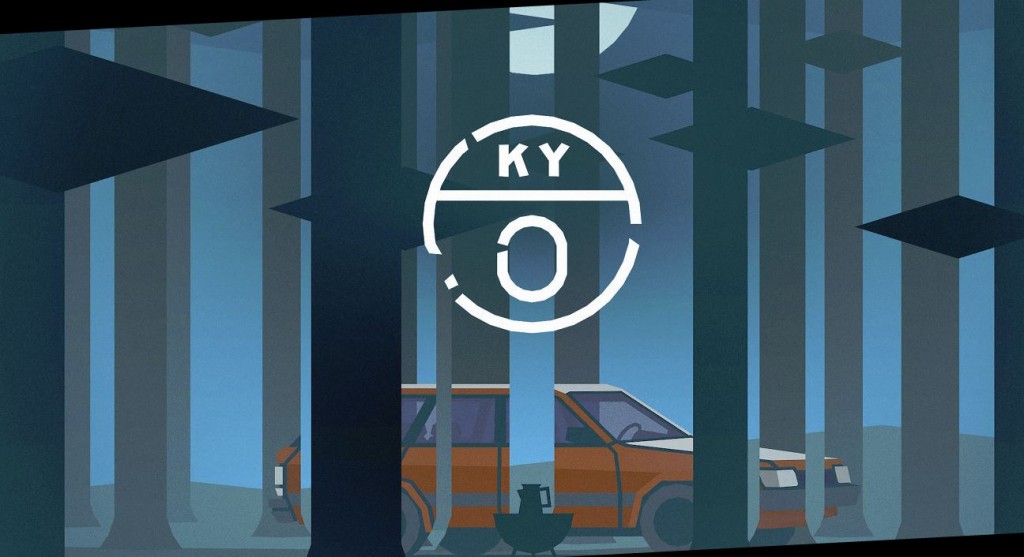 There is something to be said for a second chapter in a mystifying production. The plot begins to thicken, questions become downright head-scratching, and it can tend to throw you some serious mind-bending moments alongside brand new wondrous territory. KRZ: Act II shines on all counts. 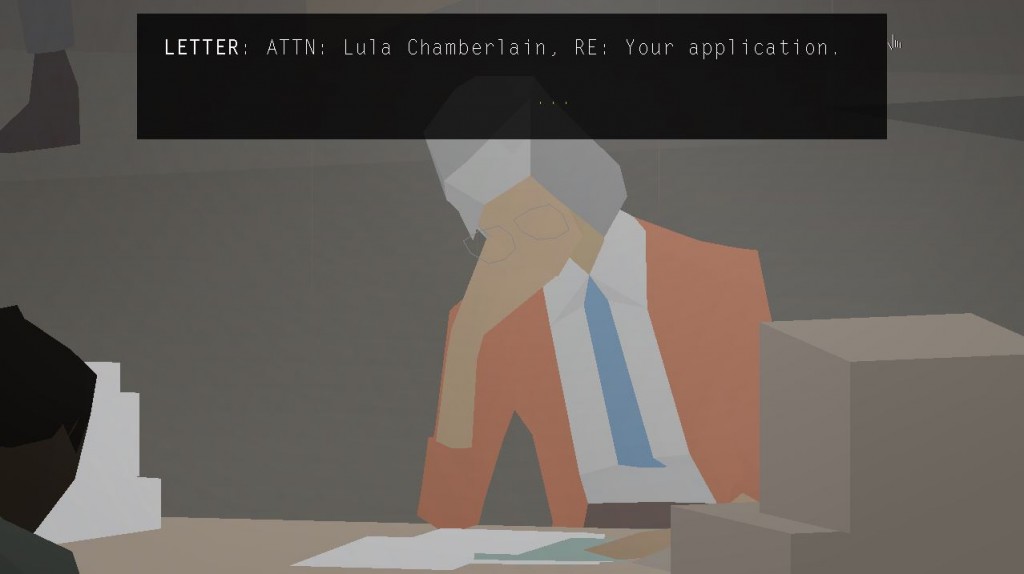 The last time we saw Conway, he and his companion Shannon had managed to get out of the old mine and back to Weaver’s house. You know, the kooky math girl from the beginning of Act I. They get the old television working to reveal that the barn we looked at with perplexity all this time was hiding the secret entrance to the mysterious ‘Zero’. Act II wastes no time getting us past the fluff and into the story, where we find our three protagonists (you can’t forget Homer now) stuck at a weird crossroads that looks like a bad run in between a cavern, a cathedral, and road construction. Nestled in between all this is an office building called the Bureau of Reclaimed Spaces. It is here that Conway continues his search for the elusive ‘5 Dogwood Drive’ to deliver his last load of antiques. With his leg injury growing worse with every step, he and Shannon are beginning to feel a race against time heating up. 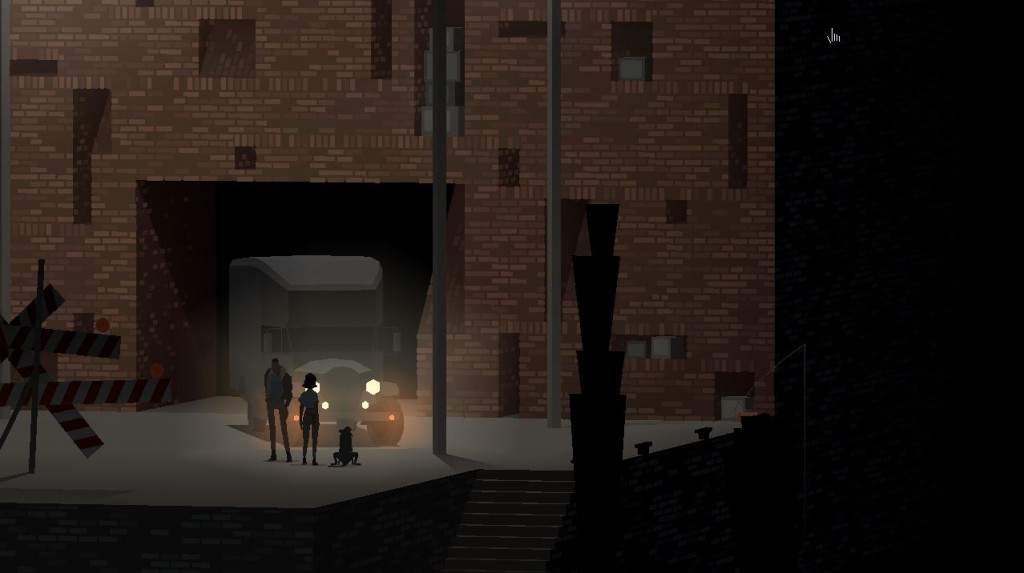 If you were hoping to have all your questions answered here, I’m here to tell you that you don’t get to eat dessert just yet. You will find plenty of moments that make you contort your face in intrigued confusion, things that warp your thinking and dash your notions about what in the world is going on in this place, causing us to truly question how realist our adventure is. The name of this act should have been ‘Cloudy With A Chance of Curveballs’. The third floor of the Bureau of Reclaimed Spaces houses the first of many curveball moments that forces a wry smile and raised eyebrow. Sadly, some of these moments seem to just exist as is without really giving us a reason for it. And it only grows weirder as you travel. However, there is indeed payoff for some early in the act. We finally get to travel the Zero and find out a little of what this highway is all about. 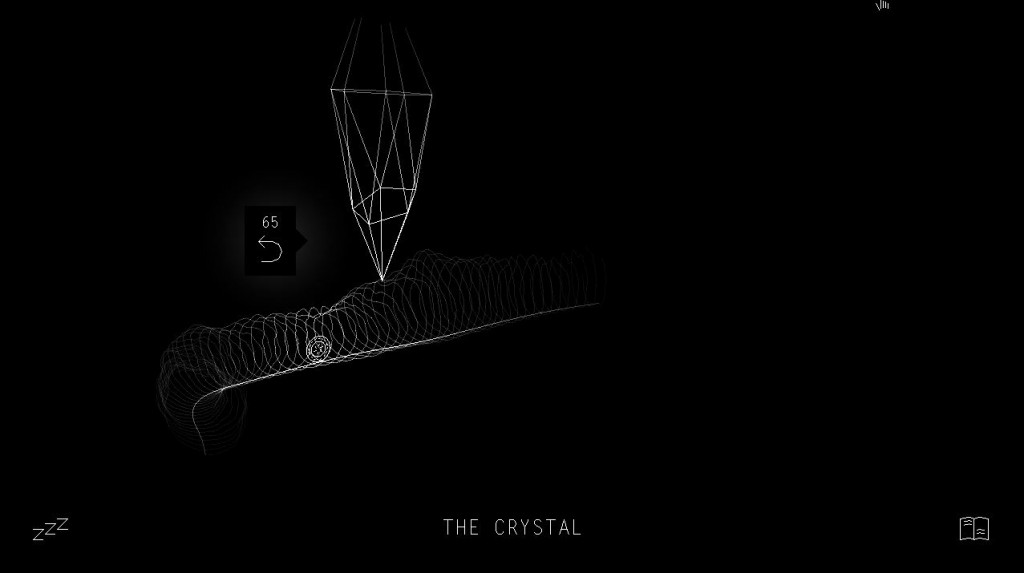 The presentation of this game keeps getting better. Even the block style graphics seem to contain a little more detail this time around, and the makers at Cardboard Computer are truly beginning to find their style. But it isn’t the level of detail that really knocks it out of the park. With a consistent vision of minimalism, we are treated with some stunning imagery even with the simple vector lines that comprise the Zero map, making the sheer composition of elements a winning combination. Where the surface was just a flat and static map, the Zero brings the ‘magical’ part of the equation into play with a 3D skeleton of the underground highway complete with varying topography. Navigating the Zero becomes a little confusing at first, but thankfully you are giving a preliminary guide in your Notes section on how to see (or in this case imagine) some of the sights, working very much like a combination lock that requires you to drive to different holographic landmarks which are likely to be familiar from the mine in Act I. In one instance you drive until you see a large feather floating in the air, drive back the other way until you see an eagle talon and the whole landscape of the route has changed offering you different places to visit. This serves only as an introduction to the Zero, as we find ourselves having to travel back to the Bureau to find our way out to the surface. That’s where the real crazy begins. But I won’t spoil any more for you. If you think the third floor of the Bureau was a crazy you-know-what moment, you ain’t seen nothin’ yet, and the game cleverly unveils it to you like turning around to face a barreling freight train. 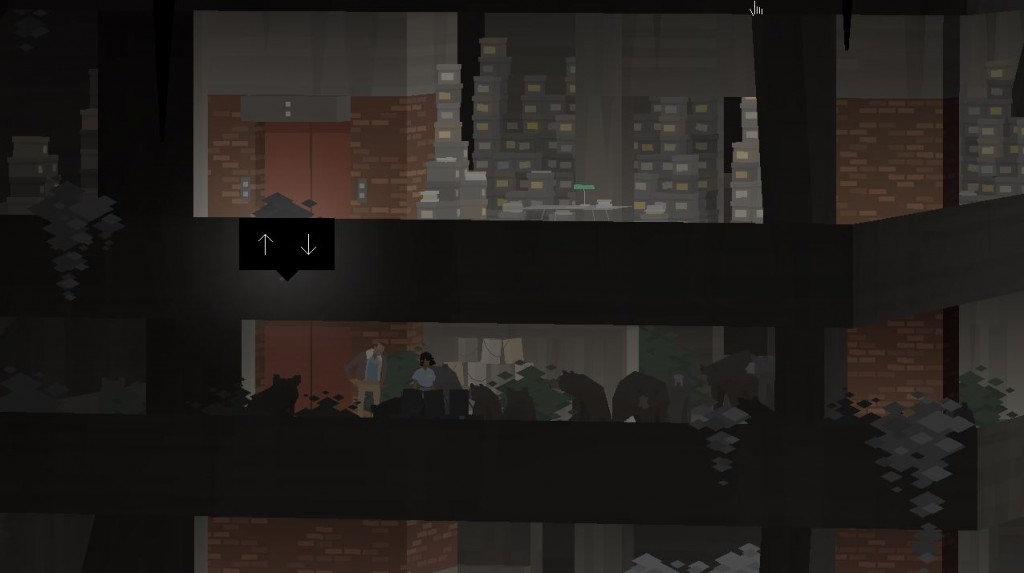 This is really the true strength of the game. We have an intense drive to find out why all this is happening to our characters, as Shannon finally asks the question of why this delivery is so important to Conway. As always, you get to decide why the characters are doing these things or why they feel the way they do, and even what their backstory is. It is almost as if you are finishing the story yourself, being able to explore vastly different options that, while retaining the same path in the game, help flesh out who Conway and Shannon are as people. People, as it turns out, who are pretty much like us.

But the act is not without its downsides. The abrupt ending gives us no indication of what comes next, introducing another open-ended brain teaser and leaving us with so many unanswered questions it is impossible not to be a little frustrated with it. The other frustrating downside is that this act is shorter than the first. Even though its story unfolds at our own pace, one could get the whole act completed in roughly fifteen minutes (depending on how fast you like to read).

A worthy follow up to its previous chapter, KRZ: Act II continues and deepens the intrigue that hooked us the first time around and will no doubt have players returning for more, exploring other story options, and scouring the visual clues that quietly foreshadow things to come. Kentucky Route Zero: Act II is available now on Steam and directly from the developer at Kentuckyroutezero.com.

(Updated 4/18/22) Even at a time when it feels like every game is being adapted into a show or movie, the news that Twisted Metal is being turned into a TV series stands out. Why? Well, it probably has … END_OF_DOCUMENT_TOKEN_TO_BE_REPLACED

(Updated 4/15/22) The reveal of the Mortal Kombat movie trailer and news that Street Fighter characters are joining the Fortnite roster has both legendary franchises on the minds of gamers everywhere. So, it’s only natural that fans have also … END_OF_DOCUMENT_TOKEN_TO_BE_REPLACED

Do so, and you’ll probably find that T END_OF_DOCUMENT_TOKEN_TO_BE_REPLACED

Do so, and you’ll probably find that T END_OF_DOCUMENT_TOKEN_TO_BE_REPLACED

I remember when I played my first Resident Evil. It was a gift and couldn’t wait to get it running in my old PS1. That old Capcom “this game contains scenes of explicit violence and gore” plastered on the … END_OF_DOCUMENT_TOKEN_TO_BE_REPLACED

At the beginning of one mission, you are marked for dead by the organization you work for. Your handler has no idea what happened but informs you that they are coming for … END_OF_DOCUMENT_TOKEN_TO_BE_REPLACED

(Updated 4/18/22) Even at a time when it feels like every game is being adapted into a show or movie, the news that Twisted Metal is being turned into a TV series stands out. Why? Well, it probably has … END_OF_DOCUMENT_TOKEN_TO_BE_REPLACED

(Updated 4/15/22) The reveal of the Mortal Kombat movie trailer and news that Street Fighter characters are joining the Fortnite roster has both legendary franchises on the minds of gamers everywhere. So, it’s only natural that fans have also … END_OF_DOCUMENT_TOKEN_TO_BE_REPLACED

The Legend of Zelda: Breath of the Wild’s critical acclaim is often met with the counter of being “overrated” by some players. There are usually numerous reasons for this – both notable and ridiculous – but one of the … END_OF_DOCUMENT_TOKEN_TO_BE_REPLACED

While Super Smash Brothers for the Wii U and 3DS has been out for just over a year and the recent announcement of Cloud joining the roster garnering a massive amount of hype, many fans of the fighting game … END_OF_DOCUMENT_TOKEN_TO_BE_REPLACED

I’ll admit that I’ve never been a fan of visual novels. I have nothing against them; it just isn’t a genre I’m interested in. That said, MangaGamer’s announcement a while back that their upcoming Steam release of Kindred Spirits … END_OF_DOCUMENT_TOKEN_TO_BE_REPLACED

Black Shell Media is a multimedia marketing and PR studio specializing in distribution and publishing of indie games! We do a lot of marketing and work with websites, … END_OF_DOCUMENT_TOKEN_TO_BE_REPLACED