While interesting and innovative indie games have been successfully funded through sites like Kickstarter over the last few years, fewer seem lucky or organized enough to make it through and deliver on the product that backers were excited enough to fork over their cash to help create. Thankfully for everyone involved, Shovel Knight was not one of those games.

Released in June of this year by Yacht Club Games, Shovel Knight quickly received an outpouring of appreciation by both fans and reviewers a like. The thoroughly put together throw-back to the era of 8-bit platformers drew on the nostalgia of life-long game lovers, while remaining approachable and engaging for those new to the medium.

The dedicated and, more importantly, experienced team at Yacht Club Games are now enjoying some of the benefits of such a successful release while still forging ahead to make their game as good as it can possibly be.

We sat down with David D’Angelo, one of the studios multi-skilled game developers to talk about some of the factors that made the development of Shovel Knight so successful, and get a peek about what the future of Shovel Knight might look like while getting some unique perspective into the inner workings of Yacht Club Games. 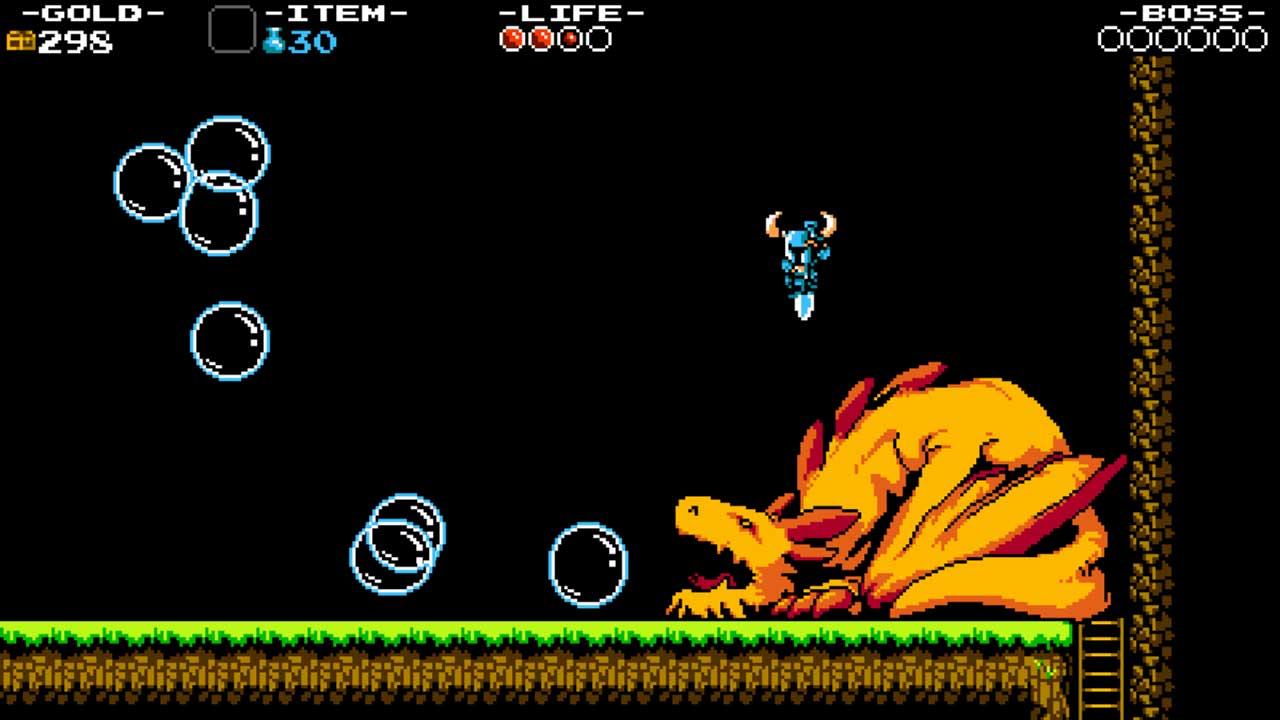 Jesse Tannous: You have made it a point to keep your games mechanics simple and give Shovel Knight only a few actions. Do you feel that modern gaming has gotten too complicated or too focused on realism?

David D’Angelo: Absolutely! That’s not to say those games shouldn’t exist though – I love my crazy, over-the-top action games with five thousand moves as much as the next guy or gal. But we feel as though games born out of simple gameplay mechanics have been left in the dust. So hopefully, Shovel Knight is a reminder that those kind of games are great too!

JT: While you’ve already stated in previous interviews that you still have plenty of your Kickstarters stretch goals still to incorporate into Shovel Knight, has there been much talk yet of other NES inspired projects coming from Yacht Club Games?

DD: We are always pitching around hundreds of ideas of games we should do, and yes, many of those include NES inspired projects. Who knows what we’ll do next! What would you like to see?! Honestly, I want to see Shovel Knight make the transition through the gaming eras just like the classics. Wouldn’t Shovel Knight 64 be amazing?! How would the shovel drop mechanic work in 3D?

DD: You used the NES capabilities as a general framework for the mechanics and design of Shovel Knight, but broke and altered many aspects to give the game the proper modern feel. As a studio, did you have a favorite NES component to push to the technical limit or break?

JT: You can find more about the NES limits we broke in this article I wrote for Gamasutra. That said, we definitely didn’t have a favorite NES component to break! It pained us every time we thought it made more sense to break a limitation. We truly wanted to stay within the NES limitations, but we didn’t want to hamper our gameplay in any way because of them. What we got true joy from was how we got creative staying within the NES limitations. The solutions we came up with that worked around those limitations led to much better, concise gameplay that made us really proud we stuck to the NES!

JT: Many games funded through crowd funding sites like Kickstarter don’t end up actually releasing. What were some of the main factors that resulted in Shovel Knight being able to be successfully release and also deliver on the promises made by the campaign?

DD: Our team is very experienced at making and finishing games for publishers in a work for hire model. I’ve shipped over a dozen games in my career, and that could be said for others at the company too. With this experience, we were able to run our Kickstarter similarly to how we’ve developed games in the past, and deliver on our promises, the same way we would have done for a publisher.

JT: Now that Shovel Knight has released what is the future looking like for Yacht Club Games? Has Shovel Knight been successful enough to consider development of future titles or is the jury still out?

DD: We definitely want to make more games in the future, but right now, we’re focused on delivering all of the stretch goal content as free DLC over the year. This includes 3 playable Boss knight campaigns, a challenge mode, gender swap mode, and a four player battle mode! There’s enough content there to keep us busy for a while!

JT: What did the mood feel like at Yacht Club Games on the release day of Shovel Knight? What does it feel like now?

DD: I feel like it’s still the day of release! It’s been a long month for sure filled with lots of joy. But we’re always stressed! We have been fixing and patching bugs out of the game, preparing the game for release outside of North America, making merchandising deals, porting to Mac+Linux, starting the stretch goal content, shipping out the Kickstarter rewards, responding to thousands of emails, and doing as much promotion for the game as possible like this very interview! It’s been a ton of work and there’s still lots to do, but it’s all with smiles on our faces as the game has been so well received!

JT: Who would win, Mario or Shovel Knight?

DD: Tough question! Unfortunately for Mario, he can only take 2 hits if he has a mushroom, so I’m going to have to say Shovel Knight for this one. But let’s be honest, you know the first person Peach would call over to enjoy the cake after Mario, would be his best friend Shovel Knight! 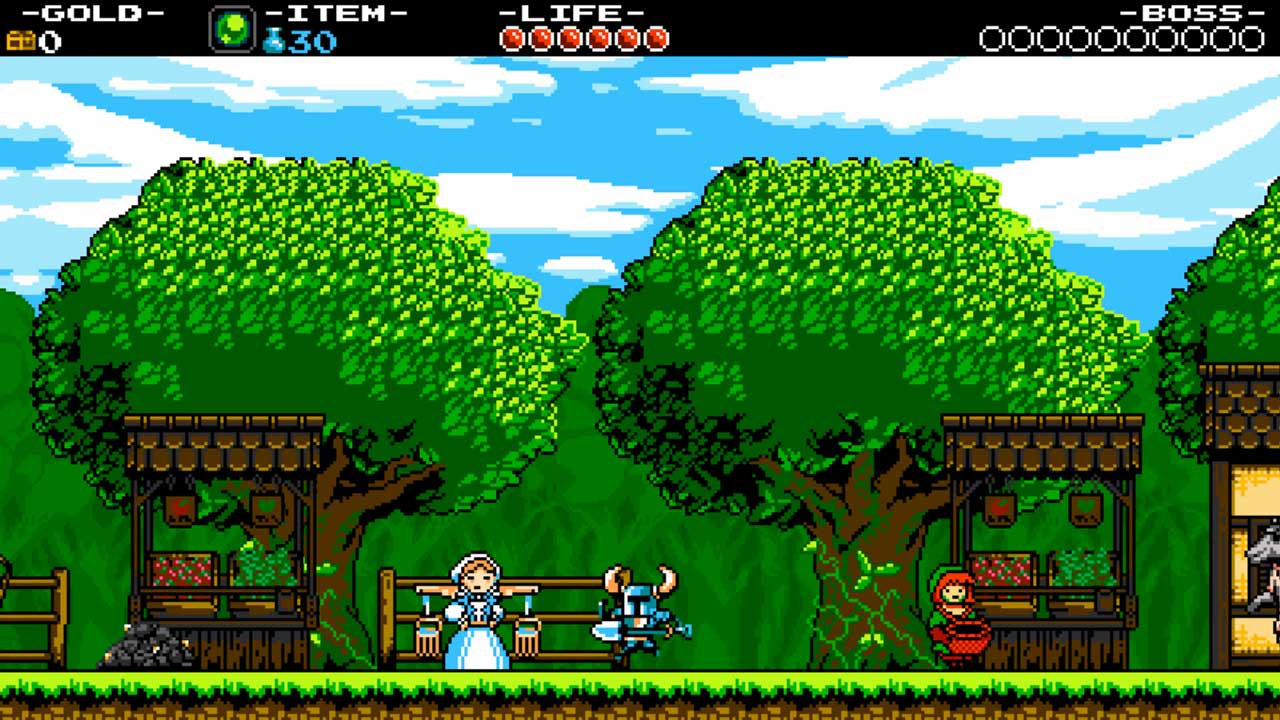 Yacht Club Games seems to have plenty of content yet to deliver to eager fans of Shovel Knight, and with the same determination and experience that made the release of the game successful, the studio doesn’t seem to be giving very many reasons to doubt their promises.

Snowfall is here and it is time to cheer! Sorry about that… As different video games pump out their holiday events, plenty get swept under the radar. If you are tired from playing the multiple FPS holiday events … END_OF_DOCUMENT_TOKEN_TO_BE_REPLACED

Welcome ghouls, beasts, tricksters, and every horrific being known to man. The spooky season is upon us and I figured I would indulge in the festivities in my own way. Thus, I have come up with a satirical take on … END_OF_DOCUMENT_TOKEN_TO_BE_REPLACED

Do so, and you’ll probably find that T END_OF_DOCUMENT_TOKEN_TO_BE_REPLACED

I remember when I played my first Resident Evil. It was a gift and couldn’t wait to get it running in my old PS1. That old Capcom “this game contains scenes of explicit violence and gore” plastered on the … END_OF_DOCUMENT_TOKEN_TO_BE_REPLACED

At the beginning of one mission, you are marked for dead by the organization you work for. Your handler has no idea what happened but informs you that they are coming for … END_OF_DOCUMENT_TOKEN_TO_BE_REPLACED

The history of gaming isn’t that old compared to other artistic and entertainment mediums. Many people have lived through the entirety of video game history, and more people have seen most of it. As such, you’d think that the … END_OF_DOCUMENT_TOKEN_TO_BE_REPLACED

(Updated 4/18/22) Even at a time when it feels like every game is being adapted into a show or movie, the news that Twisted Metal is being turned into a TV series stands out. Why? Well, it probably has … END_OF_DOCUMENT_TOKEN_TO_BE_REPLACED

(Updated 4/15/22) The reveal of the Mortal Kombat movie trailer and news that Street Fighter characters are joining the Fortnite roster has both legendary franchises on the minds of gamers everywhere. So, it’s only natural that fans have also … END_OF_DOCUMENT_TOKEN_TO_BE_REPLACED

While Super Smash Brothers for the Wii U and 3DS has been out for just over a year and the recent announcement of Cloud joining the roster garnering a massive amount of hype, many fans of the fighting game … END_OF_DOCUMENT_TOKEN_TO_BE_REPLACED

I’ll admit that I’ve never been a fan of visual novels. I have nothing against them; it just isn’t a genre I’m interested in. That said, MangaGamer’s announcement a while back that their upcoming Steam release of Kindred Spirits … END_OF_DOCUMENT_TOKEN_TO_BE_REPLACED

Black Shell Media is a multimedia marketing and PR studio specializing in distribution and publishing of indie games! We do a lot of marketing and work with websites, … END_OF_DOCUMENT_TOKEN_TO_BE_REPLACED

Snowfall is here and it is time to cheer! Sorry about that… As different video games pump out their holiday events, plenty get swept under the radar. If you are tired from playing the multiple FPS holiday events … END_OF_DOCUMENT_TOKEN_TO_BE_REPLACED

Amazon Prime members can get free games and free in-game content every month that last a certain amount of time. You can jump over to Amazon to sign-up for an account or navigate to the Prime Gaming section to see … END_OF_DOCUMENT_TOKEN_TO_BE_REPLACED