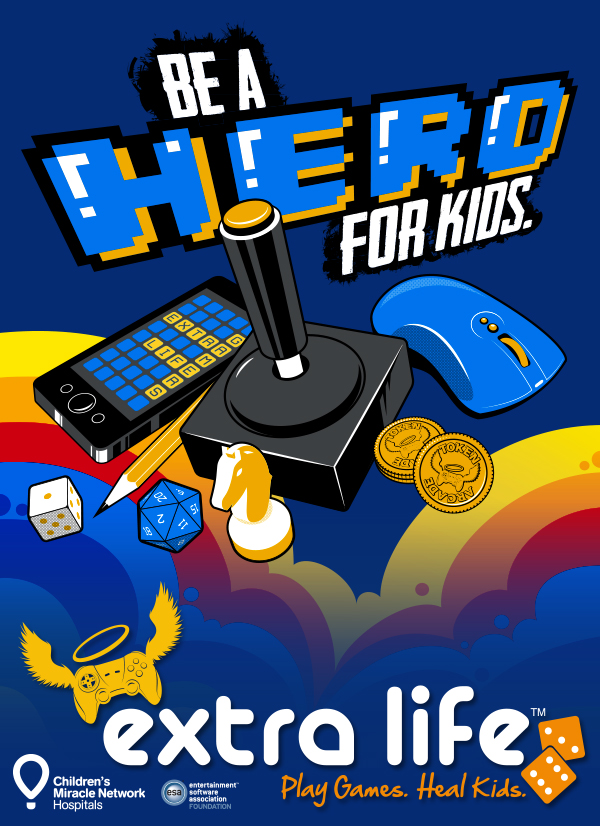 If you are anything like me then you are probably pretty sick of hearing about a…“certain movement” that has been getting a lot of attention in the gaming community lately.  Why am I upset though?  Well, I think the main reason is that I believe the gaming community, meaning video game enthusiasts, has been getting a bad rap due to a pretty consistent stream of negative publicity.

Remember back in the day when California tried to pass legislation to ban violent video game sales?  Moments like those unified the video game community.  We fought together against ignorance and knee jerk anger or fear to stand up for a medium we all loved, and we won.

These past months have made me feel what I can only describe as despair that this “certain movement,” had done something I didn’t think was possible, it had fractured the video game community and drew political or social lines in the sand.  Now, maybe this surprise was my own fault.  Maybe I’ve been blind to the reality out there and this kind of divide has existed within the video game community all along, I can’t honestly say.  What I can say is that it has never felt more prevalent.

That all changed recently after a revelation.  I had fallen into a particular trap that is easy to fall into when the media begins bombarding people with the same story.  When events or a group make headlines they get publicity, and more often than not when they do something awful or what many would consider morally repugnant, they get more publicity.  This is what that “certain movement,” is banking on right now, which is why I hope people will start to focus on something else.

Similar to a “certain religious group,” who relies on shock tactics to hit the headlines, the only way to combat this negativity is with positivity.  I propose we start fighting anger and violence with kindness.  No I don’t mean to go find every member of this, “certain movement,” and give them a hug or offer them a cupcake.  What I mean is to start reminding everyone, including members of our own community, that there is plenty of good being done around us.

The despair I’d been feeling that the video game community I loved was about to crumble all around me dissipated when I learned about an organization called Extra Life.  For those unfamiliar, Extra Life is a charitable organization that uses gamers of all ages and demographics to spread the word through 24hour gaming sessions and individual donation websites.  These donations go to help provide medical care, and some entertainment, to children’s hospitals around the country.  So far this year alone Extra Life has raised over $5,500,000 for children’s hospitals.

Look at other groups like Take This who offer information, support, and safe places for those dealing with mental health issues.  They also provide education on how best to support friends or loved ones dealing with depression and other problems.  How about the Able Gamers Charity who try and break down barriers that prevent those with disabilities from being able to play and enjoy video games.  There is also the Games Done Quick charity, another marathon gaming program that relies on live-streaming speedrunners to help gather support and donations.

This is what the video game community is actually about.  While media of any kind is quick to remind us all about the bad, it takes more effort to find the good.  Maybe you already knew about these charities and they aren’t anything new to you, but it was news to me that came at the perfect moment.

This community is capable of so much good, and it’s already been proven.  I think now we just need to be reminded of what it truly should mean to be a gamer.  It isn’t the platform you play on, or the websites you frequent, or the number of followers on your YouTube and Twitch accounts.  It’s the ability to utilize our favorite hobby for the good of others, and in so doing opening up a world that we’ve all fallen in love with to everyone.

Identity and Conspiracy Explored in Ice-Bound

The science-fiction horror game, originally released in 2008, was a massive success that influenced an entire generation of games within space/horror genre. Despite the … END_OF_DOCUMENT_TOKEN_TO_BE_REPLACED

After months of speculation regarding the release of an upgraded Switch system, Nintendo finally revealed its latest gaming system — the Nintendo Switch OLED Model. The new Switch will release on October 8, costs $349.99, and offers a long list … END_OF_DOCUMENT_TOKEN_TO_BE_REPLACED

The Legend of Zelda: Breath of the Wild’s critical acclaim is often met with the counter of being “overrated” by some players. There are usually numerous reasons for this – both notable and ridiculous – but one of the … END_OF_DOCUMENT_TOKEN_TO_BE_REPLACED

I remember when I played my first Resident Evil. It was a gift and couldn’t wait to get it running in my old PS1. That old Capcom “this game contains scenes of explicit violence and gore” plastered on the … END_OF_DOCUMENT_TOKEN_TO_BE_REPLACED

At the beginning of one mission, you are marked for dead by the organization you work for. Your handler has no idea what happened but informs you that they are coming for … END_OF_DOCUMENT_TOKEN_TO_BE_REPLACED

If you were to bet me $20 that Amazon would be making an MMORPG at some point, I would still find some reason to not give it to you. Amazon games announced 3 new PC games to try to … END_OF_DOCUMENT_TOKEN_TO_BE_REPLACED

The Legend of Zelda: Breath of the Wild’s critical acclaim is often met with the counter of being “overrated” by some players. There are usually numerous reasons for this – both notable and ridiculous – but one of the … END_OF_DOCUMENT_TOKEN_TO_BE_REPLACED

I don’t play a lot of Apex Legends anymore. I enjoyed the game for a while, but there aren’t many games I’ve stayed with consistently over the long haul since the lost years of World of Warcraft. These days there … END_OF_DOCUMENT_TOKEN_TO_BE_REPLACED

Diehard fans of Call of Duty’s groundbreakingly successful battle royale – Warzone – have been eagerly anticipating the release of a new map for months now. … END_OF_DOCUMENT_TOKEN_TO_BE_REPLACED

While Super Smash Brothers for the Wii U and 3DS has been out for just over a year and the recent announcement of Cloud joining the roster garnering a massive amount of hype, many fans of the fighting game … END_OF_DOCUMENT_TOKEN_TO_BE_REPLACED

I’ll admit that I’ve never been a fan of visual novels. I have nothing against them; it just isn’t a genre I’m interested in. That said, MangaGamer’s announcement a while back that their upcoming Steam release of Kindred Spirits … END_OF_DOCUMENT_TOKEN_TO_BE_REPLACED

Black Shell Media is a multimedia marketing and PR studio specializing in distribution and publishing of indie games! We do a lot of marketing and work with websites, … END_OF_DOCUMENT_TOKEN_TO_BE_REPLACED

Wondering if you can run Halo Infinite on your laptop or desktop? Sure, why not? Halo Infinite has launched in open beta mode (Nov. 16, 2021) and will officially release on Dec. 8, 2021. The game is the sixth in … END_OF_DOCUMENT_TOKEN_TO_BE_REPLACED