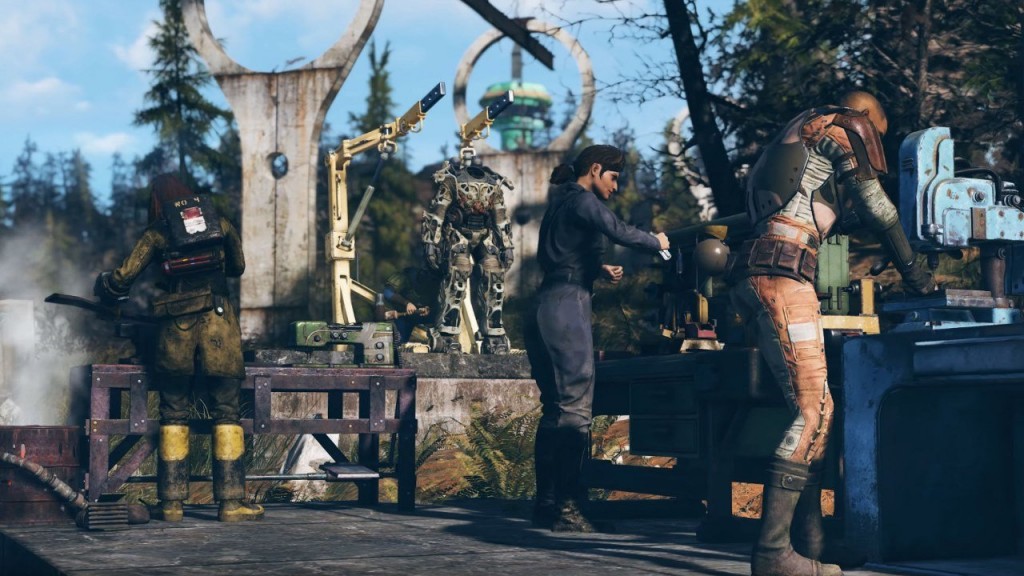 For the most part, 2018 was a good year for games. We got to play some truly exceptional titles that we’ll either remember for years to come or may even be playing into 2019.

However, there were others games. They weren’t necessarily bad games (although some of them were), but they most certainly were experiences that failed to live up to our expectations in some way.

These are the most disappointing games of 2018. 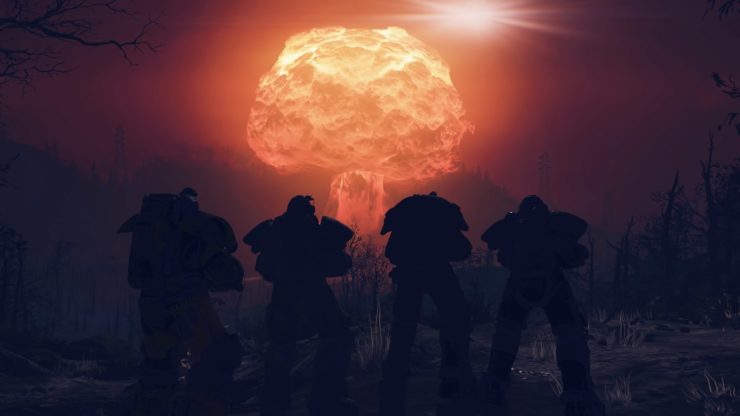 Although this list isn’t in any particular order, this is the only game that can possibly sit at the top of it.

There were red flags surrounding Fallout 76 since its announcement, but even the game’s biggest doubters couldn’t have predicted what we got. Fallout 76 isn’t just a technical mess (although it’s most certainly that). No, Fallout 76‘s biggest problem is that it’s an uninspiring, unambitious, sometimes fundamentally unenjoyable game that wears the Fallout name but doesn’t answer to it.

Fallout 76 may prove to be beyond saving. 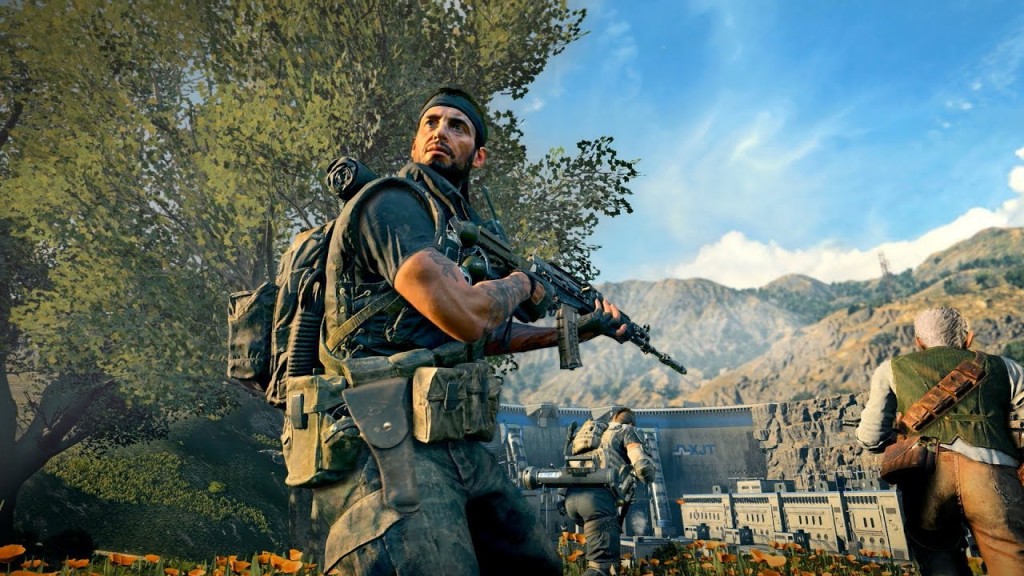 Here’s a bit of a strange case. At launch, Black Ops 4 actually received quite a bit of love from all sides. Its Blackout mode was fantastic, Zombies seemed to be excellent, and the other competitive multiplayer mode was a nice addition.

However, Black Ops 4‘s cracks started to show over time. An absolutely awful microtransaction system derailed the game’s momentum while bugs prevented Zombie’s biggest fans from properly enjoying it. Meanwhile, the competitive multiplayer remains stuck in neutral and even Blackout has lost momentum.

With a little better management from the developers, Black Ops 4 could have been much more. 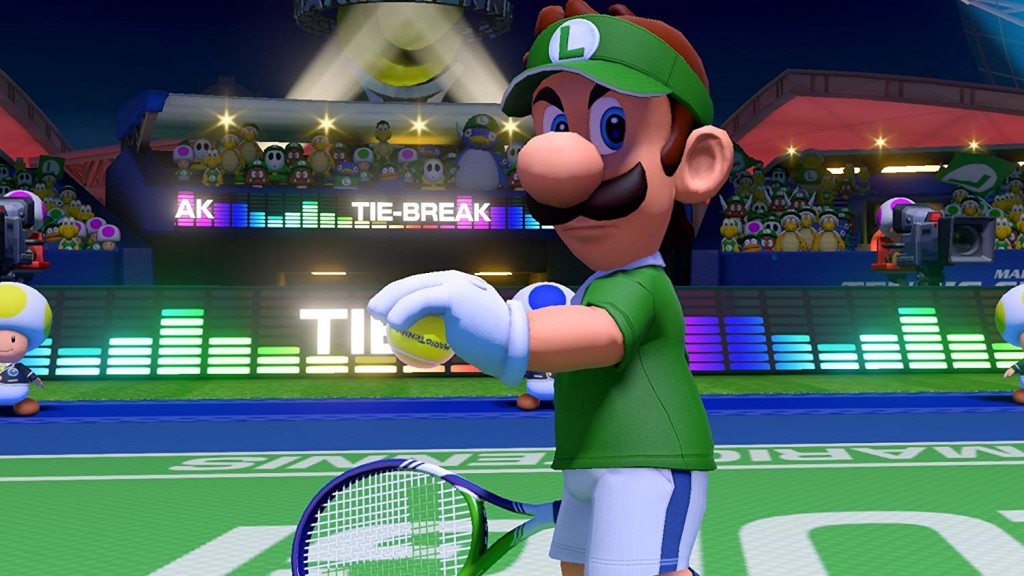 The Mario Tennis franchise has seen some ups and downs, but the general consensus was that Aces‘ changes and additions were going to breathe life back into the series.

While they sort of did (the base Aces gameplay is fantastic) everything else about this game feels wrong. Rules and customization options are severely limited, the single-player mode is little more than an annoyance, character balancing is way off, and the motion control modes are mostly useless.

There’s a great game at the heart of Aces, but it’s rarely worth the trouble to experience it. 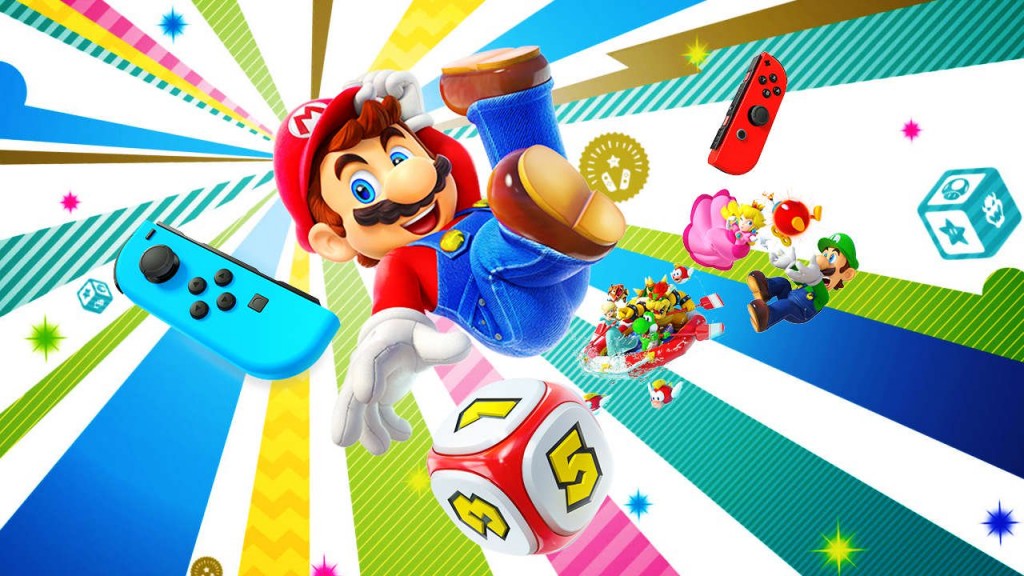 It’s also quite disappointing. This version of Mario Party features simplified (and odd) rules, smaller maps, and fewer maps in general. It sometimes feels as if it was made for younger audiences. That’s nice, but what about other series’ fans?

Super Mario Party is a lot of fun, but it’s lacking a good bit of content as well as that old Nintendo polish. 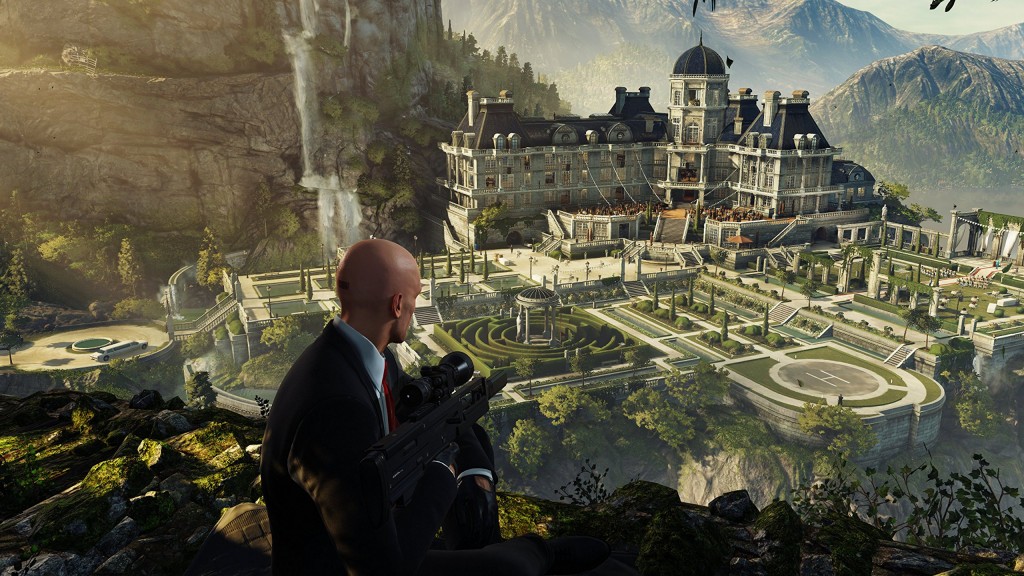 There were plenty of reasons to believe we’d never see the Hitman series again (or at least as it was) which is why so many were excited to hear that Hitman 2 would indeed be released in 2018.

Unfortunately, Hitman 2 proved to be more of a DLC release that was about 2 years too late. It’s so strikingly similar to 2016’s Hitman that it even features some of the same bugs. While many were calling for more Hitman, this sequel felt closer to reheated leftovers than a full meal.

The Hitman franchise has a future, but it can’t just be more of the same. 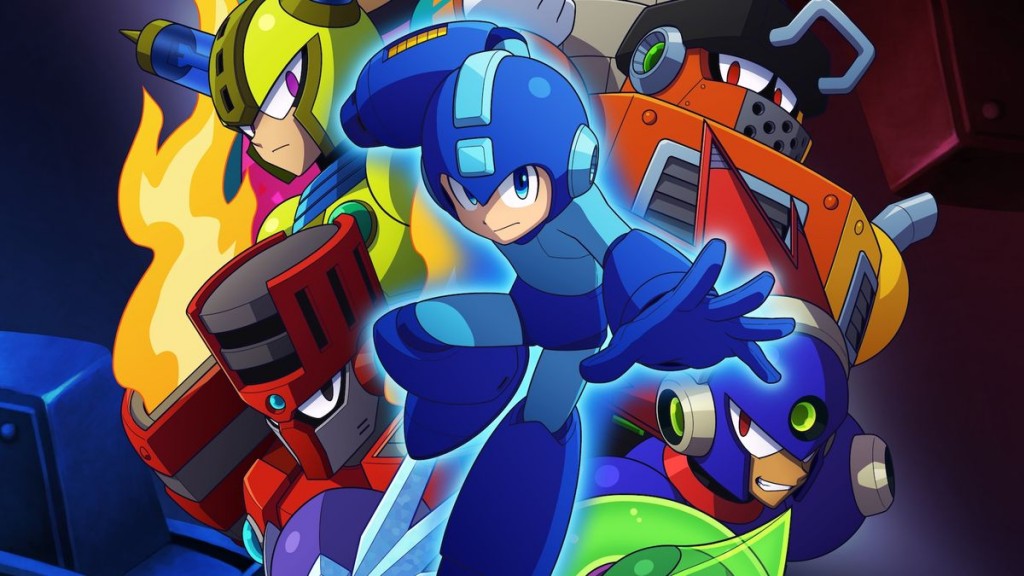 Many Mega Man fans had been waiting for a new game that combined the classic gameplay of the series’ best installments with a touch of the modern. For all intents and purposes, Mega Man 11 looked like that game.

However, that’s not quite what we got. It’d be more accurate to say that we got an old-school Mega Man game in slightly shinier wrapping. Maybe that would have been enough, but the problem with Mega Man 11 was that the few new things it did do felt like it was getting in the way of the classic gameplay.

In the end, Mega Man 11 failed to do enough. 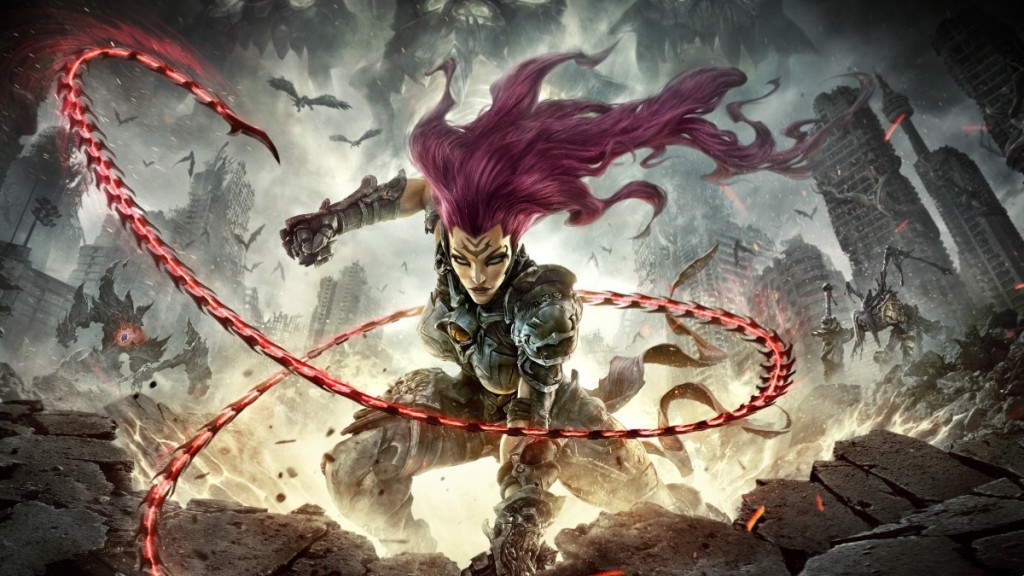 The Darksiders franchise is a true cult classic. It’s a bizarre series highlighted by its incredible characters, premise, stories, and often serviceable action. The hope was that Darksiders 3 would retain what made the series great and fix the things that held it back.

Instead, we got the opposite. Darksiders challenges Fallout 76 as the buggiest game of the year, which means that its action is borderline unplayable at times. Elsewhere, the game’s characters, plotlines, and worlds fail to match the lofty standards of the previous games in the series.

Darksiders 3 is an utter mess of a game that also happens to spit on the legacy of the Darksiders name. 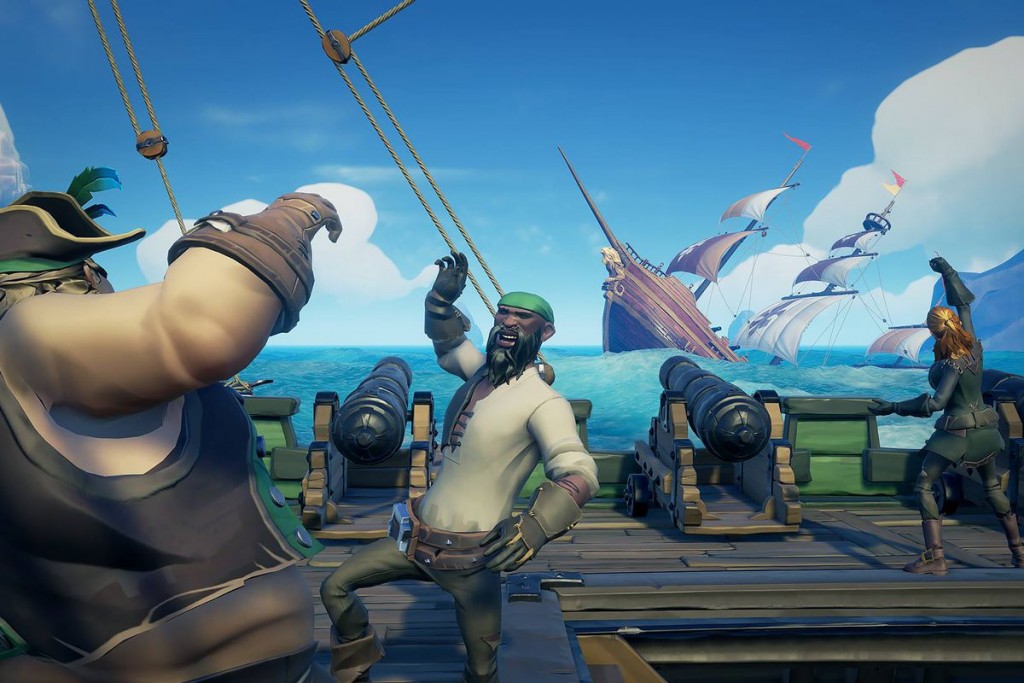 What’s funny about Sea of Thieves is that its disappointment (somewhat appropriately) came in waves. Some people were initially disappointed that this was the next Rare game, but the Sea of Thieves beta actually left others with the impression this might be a great multiplayer game.

It was…for a few hours. The amount of content that Sea of Thieves launched with was downright embarrassing. Things have slightly improved since then, but this is still a title that is nowhere near where it needs to be.

Much like Fallout 76, it’s hard to imagine Sea of Thieves will ever get the content influx it desperately needs.

Welcome ghouls, beasts, tricksters, and every horrific being known to man. The spooky season is upon us and I figured I would indulge in the festivities in my own way. Thus, I have come up with a satirical take on … END_OF_DOCUMENT_TOKEN_TO_BE_REPLACED

In 2020 it was revealed developer IO Interactive was working on a James Bond game known as Project 007 which, understandably, shook the video game world. Still in production, there’s a possibility that their James Bond game could be the … END_OF_DOCUMENT_TOKEN_TO_BE_REPLACED

Do so, and you’ll probably find that T END_OF_DOCUMENT_TOKEN_TO_BE_REPLACED

I remember when I played my first Resident Evil. It was a gift and couldn’t wait to get it running in my old PS1. That old Capcom “this game contains scenes of explicit violence and gore” plastered on the … END_OF_DOCUMENT_TOKEN_TO_BE_REPLACED

At the beginning of one mission, you are marked for dead by the organization you work for. Your handler has no idea what happened but informs you that they are coming for … END_OF_DOCUMENT_TOKEN_TO_BE_REPLACED

The history of gaming isn’t that old compared to other artistic and entertainment mediums. Many people have lived through the entirety of video game history, and more people have seen most of it. As such, you’d think that the … END_OF_DOCUMENT_TOKEN_TO_BE_REPLACED

(Updated 4/18/22) Even at a time when it feels like every game is being adapted into a show or movie, the news that Twisted Metal is being turned into a TV series stands out. Why? Well, it probably has … END_OF_DOCUMENT_TOKEN_TO_BE_REPLACED

(Updated 4/15/22) The reveal of the Mortal Kombat movie trailer and news that Street Fighter characters are joining the Fortnite roster has both legendary franchises on the minds of gamers everywhere. So, it’s only natural that fans have also … END_OF_DOCUMENT_TOKEN_TO_BE_REPLACED

While Super Smash Brothers for the Wii U and 3DS has been out for just over a year and the recent announcement of Cloud joining the roster garnering a massive amount of hype, many fans of the fighting game … END_OF_DOCUMENT_TOKEN_TO_BE_REPLACED

I’ll admit that I’ve never been a fan of visual novels. I have nothing against them; it just isn’t a genre I’m interested in. That said, MangaGamer’s announcement a while back that their upcoming Steam release of Kindred Spirits … END_OF_DOCUMENT_TOKEN_TO_BE_REPLACED

Black Shell Media is a multimedia marketing and PR studio specializing in distribution and publishing of indie games! We do a lot of marketing and work with websites, … END_OF_DOCUMENT_TOKEN_TO_BE_REPLACED

Welcome ghouls, beasts, tricksters, and every horrific being known to man. The spooky season is upon us and I figured I would indulge in the festivities in my own way. Thus, I have come up with a satirical take on … END_OF_DOCUMENT_TOKEN_TO_BE_REPLACED

The month of October is here, and the spooky festivities are starting. However, it is still key to be aware of the other important events happening around this time of the year. For example, October is Breast Cancer Awareness month. … END_OF_DOCUMENT_TOKEN_TO_BE_REPLACED