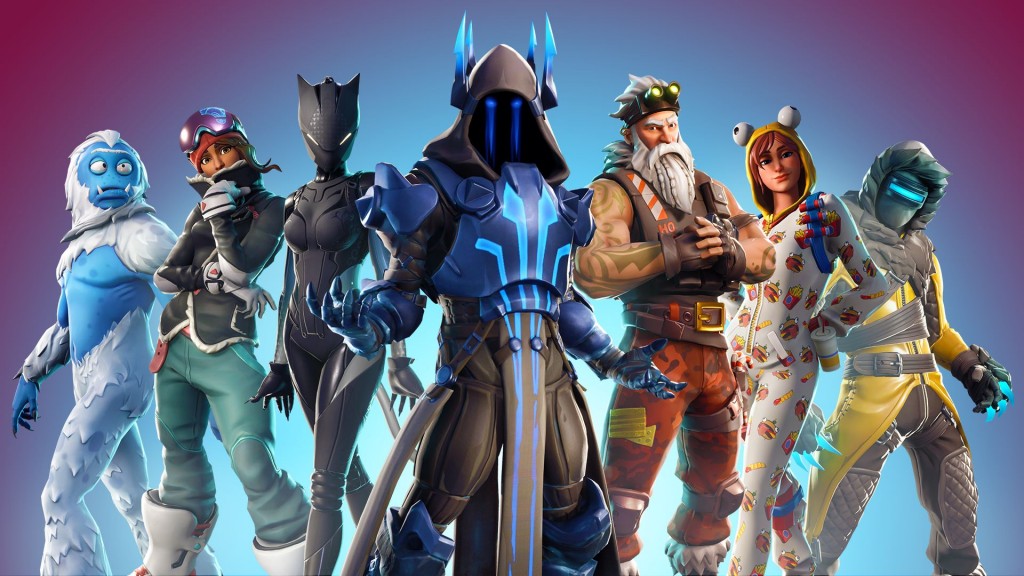 You can fight change, but you’re not going to have much luck stopping it completely.

In gaming, it’s easy to point towards things like microtransactions, early access titles, and games as service titles as harbingers of an age of gaming where laziness, greed, and the same old ideas rule the day. It’s easy to rally against these ideas even as the numbers make it clear they are not going anywhere soon.

Instead of fighting these trends, maybe it’s time we start celebrating the games that exemplified these ideas best.

In Fortnite, we saw microtransactions and games as a service done right. Like it or not, Fortnite is the most popular game in the world according to many metrics. Rather than rest on their success and coast by, though, developer Epic has spent time and money ensuring that they keep Fortnite fresh through a regular series of updates that tend to change the game quite dramatically. Fortnite’s new seasons are events and not obligations. That’s the way it should be when we’re talking about those kinds of games.

On top of that, Epic has helped refine a battle pass microtransaction system that doesn’t rely on the random gambling of loot boxes but rather provides a pretty clear way to unlock new, cosmetic items and rewards that is also designed to reward those who spend the most time playing their game.

Don’t like Fortnite? Maybe you should look towards Dead Cells when trying to feel optimistic about the modern gaming world. In Dead Cells, we have a game that was a true Early Access title that quite frankly wasn’t ready for prime time when it debuted.

However, Dead Cells‘ developers stuck with the game. They listened to fans and based their updates around what they wanted. They continue to stick with the game even after it received a more formal release. They used Early Access as a way to show the world the idea for a great game they wanted to make, and then they used the resources they received to make that game as great as it could be.

Most of all, we should look towards Path of Exile. In Path of Exile, you have a free-to-play game that offers what the developers call “ethical microtransactions.” You can quite easily play through this game without ever feeling the need to spend a dime.

Oh, and that game happens to be what many call the true sequel to Diablo II. It’s an action-RPG that offers such a wealth of content, that many who play it are starting to question just what it is that larger developers are spending their money on if it’s not creating new games. Path of Exile just had its best content year ever, and you still don’t have to pay anything to experience all of it.

It’s easy to be cynical about the future of gaming when we’ve seen so many examples of how developers are willing to exploit popular practices for their advantage even if it means the consumer suffers. However, three of 2018’s most popular and best games showed that there’s a right way to do things.

PlayStation Classic Should be the Last “Classic” Console

The science-fiction horror game, originally released in 2008, was a massive success that influenced an entire generation of games within space/horror genre. Despite the … END_OF_DOCUMENT_TOKEN_TO_BE_REPLACED

After months of speculation regarding the release of an upgraded Switch system, Nintendo finally revealed its latest gaming system — the Nintendo Switch OLED Model. The new Switch will release on October 8, costs $349.99, and offers a long list … END_OF_DOCUMENT_TOKEN_TO_BE_REPLACED

The Legend of Zelda: Breath of the Wild’s critical acclaim is often met with the counter of being “overrated” by some players. There are usually numerous reasons for this – both notable and ridiculous – but one of the … END_OF_DOCUMENT_TOKEN_TO_BE_REPLACED

I remember when I played my first Resident Evil. It was a gift and couldn’t wait to get it running in my old PS1. That old Capcom “this game contains scenes of explicit violence and gore” plastered on the … END_OF_DOCUMENT_TOKEN_TO_BE_REPLACED

At the beginning of one mission, you are marked for dead by the organization you work for. Your handler has no idea what happened but informs you that they are coming for … END_OF_DOCUMENT_TOKEN_TO_BE_REPLACED

If you were to bet me $20 that Amazon would be making an MMORPG at some point, I would still find some reason to not give it to you. Amazon games announced 3 new PC games to try to … END_OF_DOCUMENT_TOKEN_TO_BE_REPLACED

The Legend of Zelda: Breath of the Wild’s critical acclaim is often met with the counter of being “overrated” by some players. There are usually numerous reasons for this – both notable and ridiculous – but one of the … END_OF_DOCUMENT_TOKEN_TO_BE_REPLACED

I don’t play a lot of Apex Legends anymore. I enjoyed the game for a while, but there aren’t many games I’ve stayed with consistently over the long haul since the lost years of World of Warcraft. These days there … END_OF_DOCUMENT_TOKEN_TO_BE_REPLACED

Diehard fans of Call of Duty’s groundbreakingly successful battle royale – Warzone – have been eagerly anticipating the release of a new map for months now. … END_OF_DOCUMENT_TOKEN_TO_BE_REPLACED

While Super Smash Brothers for the Wii U and 3DS has been out for just over a year and the recent announcement of Cloud joining the roster garnering a massive amount of hype, many fans of the fighting game … END_OF_DOCUMENT_TOKEN_TO_BE_REPLACED

I’ll admit that I’ve never been a fan of visual novels. I have nothing against them; it just isn’t a genre I’m interested in. That said, MangaGamer’s announcement a while back that their upcoming Steam release of Kindred Spirits … END_OF_DOCUMENT_TOKEN_TO_BE_REPLACED

Black Shell Media is a multimedia marketing and PR studio specializing in distribution and publishing of indie games! We do a lot of marketing and work with websites, … END_OF_DOCUMENT_TOKEN_TO_BE_REPLACED

Wondering if you can run Halo Infinite on your laptop or desktop? Sure, why not? Halo Infinite has launched in open beta mode (Nov. 16, 2021) and will officially release on Dec. 8, 2021. The game is the sixth in … END_OF_DOCUMENT_TOKEN_TO_BE_REPLACED