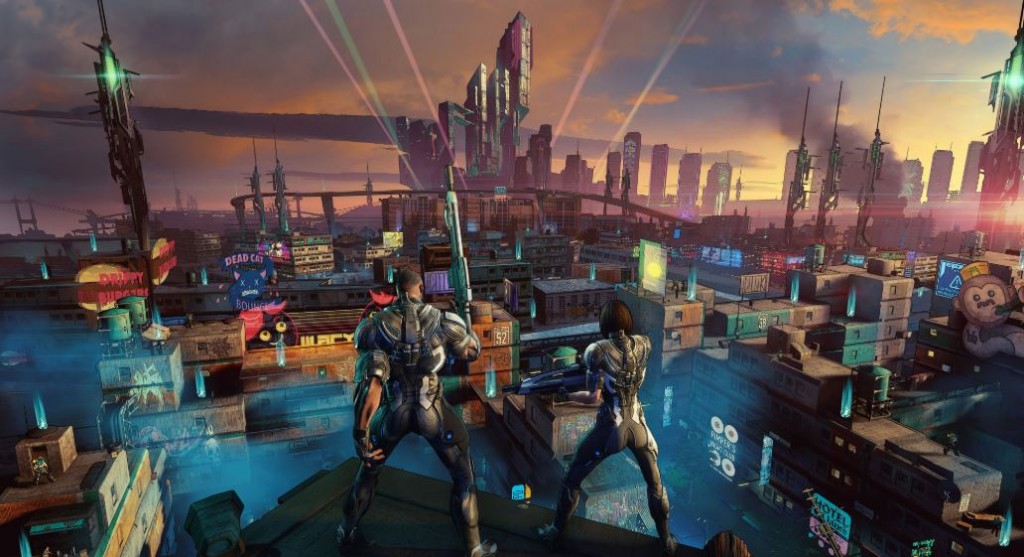 February 2019 was supposed to be one of the biggest months for games in recent memory. Headlined by titles like Metro Exodus, Crackdown 3, and Anthem, many gamers were left wondering just how they were going to play all these titles.

As it turns out, it’s not that much of a problem as Anthem and Crackdown 3 are both disappointing (and borderline terrible) games.

Which is worse, though? Which of these games fell furthest from where they were expected to land? To help answer that question, let’s first take a look at what makes both games so shockingly bad. 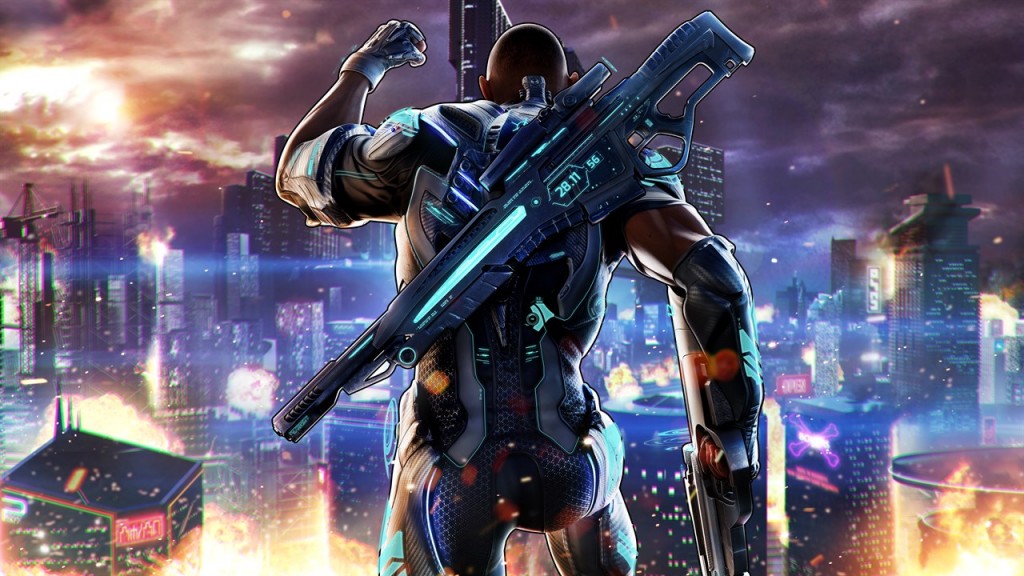 Originally supposed to be released in 2016 as a follow-up to 2010’s Crackdown 2, Crackdown 3 finally debuted this year. What did we get from all those years the game was in development? Much more of the same.

In fact, Crackdown 3 might just be the ugliest current generation game of its pedigree and budget. Some people have noticed that Crackdown 3 looks a lot like an upscaled Xbox 360 game, and that’s certainly not much of an exaggeration. In fact, we can’t help but wonder whether this game has been in development for longer than we thought.

Crackdown 3‘s awful visuals could be easily forgiven if it weren’t for the fact that the game plays almost identically to the 2007 original title. While that is a return to form in some ways, Crackdown has evolved surprisingly little in 12 years. You’re still collecting orbs, shooting up strongholds, and doing a lot of things that the industry has moved past or improved upon many years ago.

Crackdown‘s 2007 gameplay and 2010 graphics are complemented by the title’s bare story, surprisingly minimum use of poster boy Terry Crews, and almost complete lack of a physics system.

The fact that Crackdown 3 is a full-price game in 2019 is difficult to accept. How is this game so hopelessly outdated? 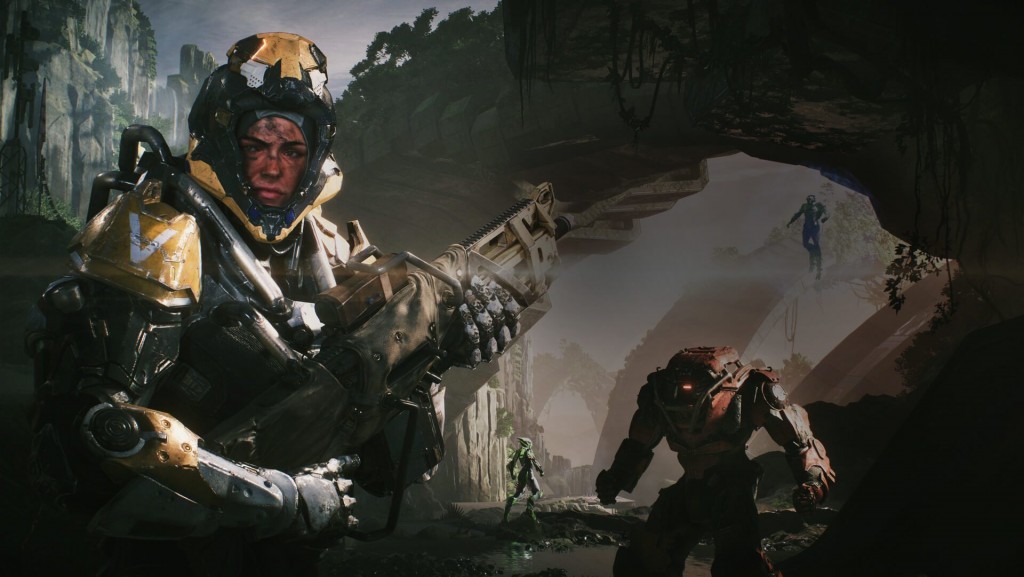 The moment Anthem was teased, outlets and fans started calling it BioWare’s Destiny. BioWare tried to deny it was that simple, but it turns out that’s exactly what Anthem is. Actually, it’s worse than that.

Anthem is an online loot shooter that forces you to complete a simple gameplay loop in order to unlock increasingly better weapons and items. It’s a formula that has proven to be successful in the past even if it’s not exactly deep.

However, Anthem‘s real problem is that it’s almost exactly like Destiny when Destiny was first released in 2014. That means the game features too much collecting, almost no end game content, incredible simple objectives, and character builds that don’t really matter. It also adds unbearably long load screens to the list of Destiny problems.

At the very least, Anthem could have been “Destiny…but better.” While the gameplay is satisfying at times, the game’s lack of simple features like a stat screen or a competitive mode makes you wonder just how rushed this title really was.

What really hurts, though, is the fact that this is a BioWare game. Given that BioWare was once the storytelling studio in gaming, you’d expect Anthem to at least have a better story than Destiny. Instead, it delivers an awful blend of lazy dialog, forgettable characters, a universe filled with cliches, and dialog choices that basically do nothing.

Maybe Anthem will one day be more, but as it stands, the game is borderline unacceptable.

Which Is More Disappointing?

This is tough. On the one hand, Anthem is going to get better over time as it is constantly updated. Crackdown 3, meanwhile, is probably close to a full experience. Crackdown 3 also offers fewer hours of the dumb and amusing gameplay both titles feature.

Crackdown 3 was also burdened with quite a few development problems that kept it from being all that it could be. Anthem had a huge budget, a legendary development team, and a ton of support, and it still falls short of the simplest of goals.

Anthem may one day be good, but there’s no excuse for it to be this bad.

Snowfall is here and it is time to cheer! Sorry about that… As different video games pump out their holiday events, plenty get swept under the radar. If you are tired from playing the multiple FPS holiday events … END_OF_DOCUMENT_TOKEN_TO_BE_REPLACED

Welcome ghouls, beasts, tricksters, and every horrific being known to man. The spooky season is upon us and I figured I would indulge in the festivities in my own way. Thus, I have come up with a satirical take on … END_OF_DOCUMENT_TOKEN_TO_BE_REPLACED

Do so, and you’ll probably find that T END_OF_DOCUMENT_TOKEN_TO_BE_REPLACED

I remember when I played my first Resident Evil. It was a gift and couldn’t wait to get it running in my old PS1. That old Capcom “this game contains scenes of explicit violence and gore” plastered on the … END_OF_DOCUMENT_TOKEN_TO_BE_REPLACED

At the beginning of one mission, you are marked for dead by the organization you work for. Your handler has no idea what happened but informs you that they are coming for … END_OF_DOCUMENT_TOKEN_TO_BE_REPLACED

The history of gaming isn’t that old compared to other artistic and entertainment mediums. Many people have lived through the entirety of video game history, and more people have seen most of it. As such, you’d think that the … END_OF_DOCUMENT_TOKEN_TO_BE_REPLACED

(Updated 4/18/22) Even at a time when it feels like every game is being adapted into a show or movie, the news that Twisted Metal is being turned into a TV series stands out. Why? Well, it probably has … END_OF_DOCUMENT_TOKEN_TO_BE_REPLACED

(Updated 4/15/22) The reveal of the Mortal Kombat movie trailer and news that Street Fighter characters are joining the Fortnite roster has both legendary franchises on the minds of gamers everywhere. So, it’s only natural that fans have also … END_OF_DOCUMENT_TOKEN_TO_BE_REPLACED

While Super Smash Brothers for the Wii U and 3DS has been out for just over a year and the recent announcement of Cloud joining the roster garnering a massive amount of hype, many fans of the fighting game … END_OF_DOCUMENT_TOKEN_TO_BE_REPLACED

I’ll admit that I’ve never been a fan of visual novels. I have nothing against them; it just isn’t a genre I’m interested in. That said, MangaGamer’s announcement a while back that their upcoming Steam release of Kindred Spirits … END_OF_DOCUMENT_TOKEN_TO_BE_REPLACED

Black Shell Media is a multimedia marketing and PR studio specializing in distribution and publishing of indie games! We do a lot of marketing and work with websites, … END_OF_DOCUMENT_TOKEN_TO_BE_REPLACED

Snowfall is here and it is time to cheer! Sorry about that… As different video games pump out their holiday events, plenty get swept under the radar. If you are tired from playing the multiple FPS holiday events … END_OF_DOCUMENT_TOKEN_TO_BE_REPLACED

Amazon Prime members can get free games and free in-game content every month that last a certain amount of time. You can jump over to Amazon to sign-up for an account or navigate to the Prime Gaming section to see … END_OF_DOCUMENT_TOKEN_TO_BE_REPLACED