Google Stadia: Why It’s Too Good to be True 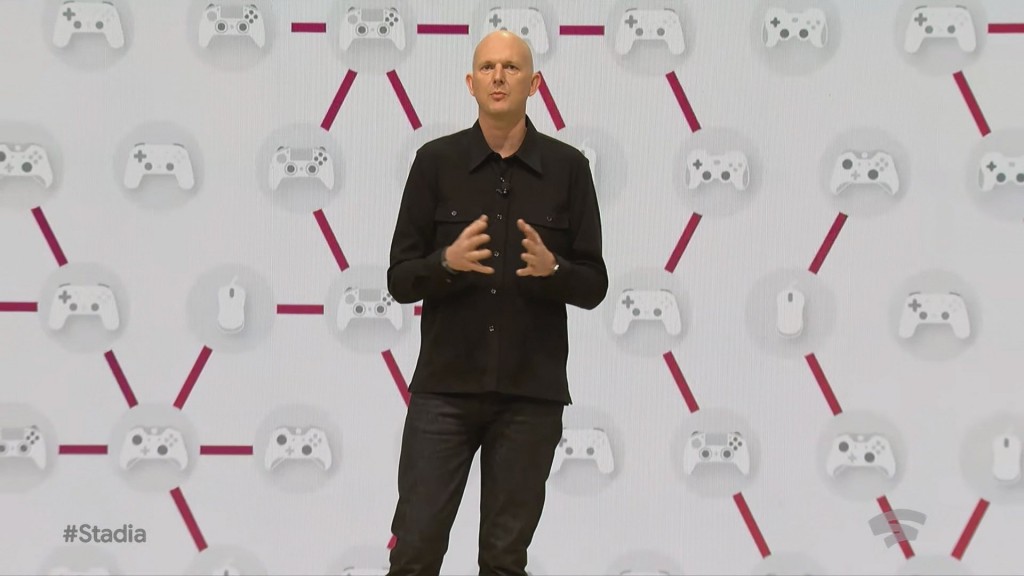 Google’s Stadia streaming service is too good to be true. The idea of almost instantly being able to access the best of modern triple-A titles wherever you are and play them on what is essentially a high-end gaming PC is appealing, but Google Stadia will likely not be the service that delivers it.

While there are some people who will tell you that cloud-based gaming in general just isn’t ready, that’s not quite true. There are certain, inherent problems with the medium, but there are other problems unique to Google’s upcoming service.

Here are just some of the problems that suggest Google’s vision of the future of gaming won’t be all it could be.

It’s a Console, Not a PC

Fun fact: There’s a service called Shadow that allows you to digitally rent a high-end gaming PC for $35 a month. What that means is you get your own personal PC (via a server) that allows you to download games from Steam, GOG, Origin, or whatever. You can even download mods for them, or whatever else you want, and enjoy them over an incredibly fast internet connection.

Stadia isn’t that. It’s essentially a next-gen console that you can play on PC (or phone, or your TV) but offers few of the benefits of actual PC gaming. On top of that, you’ll have to rely on your own internet connection and (potentially) have to buy games exclusively for Google’s platform. There’s also a strong possibility that games that rely on their own launcher (such as Battle.net, Origin, and Epic Store exclusive) games won’t be available via this service at all.

Multiplayer Gaming is Going to be Incredibly Difficult

Whether they’re your favorite or not, there’s no denying that multiplayer games are among the biggest games in the world. The problem is that Google is going to have a hard time getting most of these games to work on Stadia.

It also means that Google must have pioneered some incredible new technology if they think they can host 100+ cloud users all utilizing different internet connections in a single game.

Google played its Stadia presentation (mostly) safe by not revealing too much information they have to commit to. However, they did make at least one promise that you have to believe is absurd.

The idea that Google Stadia will allow you to stream 4K games (much less the 8K that Google alluded to) is laughable. Currently, Netflix recommends a 25 Mbps internet connection to stream 4K equivalent video content. That’s assuming other people aren’t also streaming at the same time, in which case the requirement goes up.

The situation will be worse for video games. Not only are games more demanding in general, but titles like Doom (which, oddly, Google showcased) that are just better played at 60 FPS are going to be especially taxing. Oh, and if you have a data cap on your internet, don’t even think about getting this service.

It Feels Unlikely That Google Will Get Any Major Exclusives

Google teased the idea of acquiring (and developing) exclusive games for Stadia. While that’s certainly possible, it seems highly unlikely.

Sony has their exclusives, and they’re not sharing them with anyone. Nintendo has theirs, and they’re doing the same. Microsoft has exclusives and does share, but they will likely do so via their own streaming service. On top of that, you’ve got EA, Blizzard, and Epic increasingly offering games exclusively via their launchers.

Where does this leave Google? They may have all the money in the world, but just who is left out there for them to court?

PlayStation 5 Must be More Than “Just a Console”

Welcome ghouls, beasts, tricksters, and every horrific being known to man. The spooky season is upon us and I figured I would indulge in the festivities in my own way. Thus, I have come up with a satirical take on … END_OF_DOCUMENT_TOKEN_TO_BE_REPLACED

In 2020 it was revealed developer IO Interactive was working on a James Bond game known as Project 007 which, understandably, shook the video game world. Still in production, there’s a possibility that their James Bond game could be the … END_OF_DOCUMENT_TOKEN_TO_BE_REPLACED

Do so, and you’ll probably find that T END_OF_DOCUMENT_TOKEN_TO_BE_REPLACED

I remember when I played my first Resident Evil. It was a gift and couldn’t wait to get it running in my old PS1. That old Capcom “this game contains scenes of explicit violence and gore” plastered on the … END_OF_DOCUMENT_TOKEN_TO_BE_REPLACED

At the beginning of one mission, you are marked for dead by the organization you work for. Your handler has no idea what happened but informs you that they are coming for … END_OF_DOCUMENT_TOKEN_TO_BE_REPLACED

The history of gaming isn’t that old compared to other artistic and entertainment mediums. Many people have lived through the entirety of video game history, and more people have seen most of it. As such, you’d think that the … END_OF_DOCUMENT_TOKEN_TO_BE_REPLACED

(Updated 4/18/22) Even at a time when it feels like every game is being adapted into a show or movie, the news that Twisted Metal is being turned into a TV series stands out. Why? Well, it probably has … END_OF_DOCUMENT_TOKEN_TO_BE_REPLACED

(Updated 4/15/22) The reveal of the Mortal Kombat movie trailer and news that Street Fighter characters are joining the Fortnite roster has both legendary franchises on the minds of gamers everywhere. So, it’s only natural that fans have also … END_OF_DOCUMENT_TOKEN_TO_BE_REPLACED

While Super Smash Brothers for the Wii U and 3DS has been out for just over a year and the recent announcement of Cloud joining the roster garnering a massive amount of hype, many fans of the fighting game … END_OF_DOCUMENT_TOKEN_TO_BE_REPLACED

I’ll admit that I’ve never been a fan of visual novels. I have nothing against them; it just isn’t a genre I’m interested in. That said, MangaGamer’s announcement a while back that their upcoming Steam release of Kindred Spirits … END_OF_DOCUMENT_TOKEN_TO_BE_REPLACED

Black Shell Media is a multimedia marketing and PR studio specializing in distribution and publishing of indie games! We do a lot of marketing and work with websites, … END_OF_DOCUMENT_TOKEN_TO_BE_REPLACED

Welcome ghouls, beasts, tricksters, and every horrific being known to man. The spooky season is upon us and I figured I would indulge in the festivities in my own way. Thus, I have come up with a satirical take on … END_OF_DOCUMENT_TOKEN_TO_BE_REPLACED

The month of October is here, and the spooky festivities are starting. However, it is still key to be aware of the other important events happening around this time of the year. For example, October is Breast Cancer Awareness month. … END_OF_DOCUMENT_TOKEN_TO_BE_REPLACED