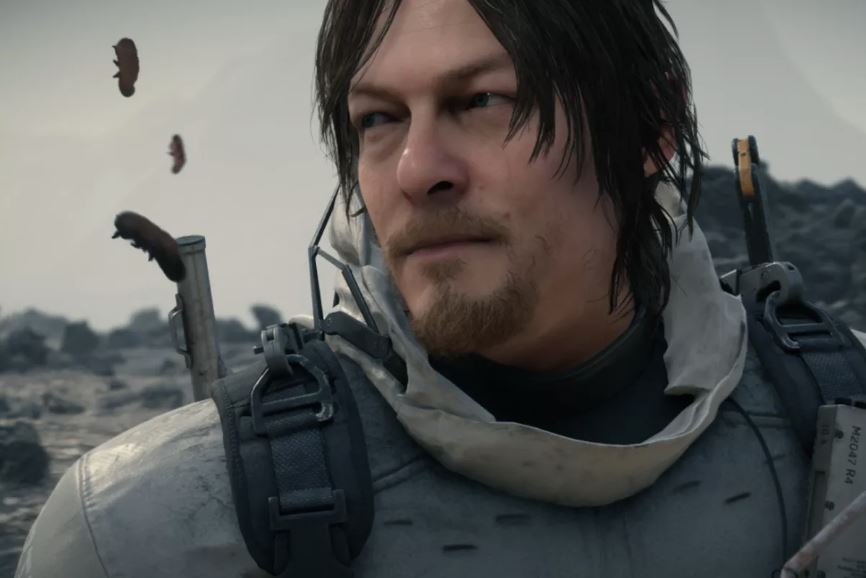 As Anthem reminded us all, no game is too big to survive being a bust. In fact, the only way a game can be a proper bust if it’s it big enough to be anticipated in the first place.

Looking ahead to the games of 2019 and beyond, we spot a few potential red flags on our radar. There are few guarantees of failure and success at this point, but you should watch out for some of these games to be potential busts.

The latter Hideo Kojima tends to fancy himself as an art film director who sometimes sees the necessity of game design as a burden. The former Hideo Kojima will sometimes compromise his vision in order to make gameplay and story choices that are a little more digestible.

Death Stranding offers Kojima nearly unrestricted creative access to a game. While that will almost certainly be an interesting thing, we’re not sure if a Hideo Kojima who gets to do whatever he wants is the Hideo Kojima that’s going to make a game that’s…well…fun.

At this point in development, Shenmue III has chosen the red flag for its house banner.

Shenmue III does not look good. While that statement certainly speaks to the project’s rough visuals, it’s also an indictment of what little of the gameplay we’ve seen thus far. Basically, it looks like the Shenmue game we would have gotten if it was made in 2003 and not 2019.

While that means it stays true to the series, we’re not sure whether or not Shenmue is a series that you always want to stay true to. As it is, this is likely a game that will only appeal to hardcore Shenmue fans who just want a reunion tour.

This is probably the biggest potential bust that we’ve got the most faith in, but something feels off about the Final Fantasy VII Remake.

Someone else put it best when they said that Final Fantasy VII Remake is shaping up to be more of a remake of Final Fantasy XV than Final Fantasy VII. While that’s not inherently a bad thing, Final Fantasy XV featured some gameplay and design decisions that not everyone was on-board with. That means even those just looking for a trip down memory lane may not get it here.

At the end of the day, we think Square would have been better off finding a way to refine and update what made Final Fantasy VII work instead of completely re-working it.

Dragon Age 4 hasn’t formally been announced, but we all know it’s coming. Unfortunately, we also know the game has already encountered some development problems.

Basically, early signs indicate that Dragon Age 4 might be closer to Anthem than previous Dragon Age titles. While the extent of this project’s online elements hasn’t been set in stone, the struggles of Anthem leave us plenty of room to worry about whether or not BioWare is really committed to this style of game.

BioWare has been on shaky ground for quite some time, and there are reasons to believe Dragon Age 4 won’t be a return to “classic” BioWare.

Bloodstained: Ritual of the Night

The recent Bloodstained: Ritual of the Night trailer that reveals the game’s new art style alleviates some of our fears about this project, but there are still reasons to be concerned.

The biggest problem with Bloodstained is how it feels. Quite simply, it’s still not as smooth as old-school Castlevania games which really cuts down on the satisfaction of the gameplay. There are also still some concerns about the game’s level design even after the switch to the improved art style.

There’s a lot of talent working on this game, but so far, it hasn’t all quite come together just yet.

On paper, Code Vein is Dark Souls meets a vampire anime. What’s not to love?

Well, there’s the matter of the gameplay and the visual design. As of its latest builds, Code Vein feels surprisingly stiff and slow. Bloodborne, Nioh, and Sekiro all added some twists and speed to the Dark Souls formula which Code Vein doesn’t seem to have fully embraced.

It’s also worth noting that nearly every level we’ve seen of Code Vein so far boasts a brown and grey color palette that doesn’t seem to take advantage of the game’s anime style. All in all, Code Vein feels surprisingly tame for a game of this pedigree.

This “not quite Skate 4, but close” darling won over many extreme sports fans upon its debut, but we haven’t heard much about the game since its unveiling.

What we have heard hasn’t been encouraging. So far, Session looks like a classic Kickstarter game. That is to say that it sounds great on paper, but the game itself reveals that there might be reasons why studios don’t really make these kinds of games anymore.

Session‘s early gameplay looks rough, its control scheme is already coming under fire, and its video recording gimmick feels like it’s not much more than that. Our fear is that this game is capitalizing on a nostalgia void without properly filling it.

(Updated 4/18/22) Even at a time when it feels like every game is being adapted into a show or movie, the news that Twisted Metal is being turned into a TV series stands out. Why? Well, it probably has … END_OF_DOCUMENT_TOKEN_TO_BE_REPLACED

(Updated 4/15/22) The reveal of the Mortal Kombat movie trailer and news that Street Fighter characters are joining the Fortnite roster has both legendary franchises on the minds of gamers everywhere. So, it’s only natural that fans have also … END_OF_DOCUMENT_TOKEN_TO_BE_REPLACED

Do so, and you’ll probably find that T END_OF_DOCUMENT_TOKEN_TO_BE_REPLACED

Do so, and you’ll probably find that T END_OF_DOCUMENT_TOKEN_TO_BE_REPLACED

I remember when I played my first Resident Evil. It was a gift and couldn’t wait to get it running in my old PS1. That old Capcom “this game contains scenes of explicit violence and gore” plastered on the … END_OF_DOCUMENT_TOKEN_TO_BE_REPLACED

At the beginning of one mission, you are marked for dead by the organization you work for. Your handler has no idea what happened but informs you that they are coming for … END_OF_DOCUMENT_TOKEN_TO_BE_REPLACED

(Updated 4/18/22) Even at a time when it feels like every game is being adapted into a show or movie, the news that Twisted Metal is being turned into a TV series stands out. Why? Well, it probably has … END_OF_DOCUMENT_TOKEN_TO_BE_REPLACED

(Updated 4/15/22) The reveal of the Mortal Kombat movie trailer and news that Street Fighter characters are joining the Fortnite roster has both legendary franchises on the minds of gamers everywhere. So, it’s only natural that fans have also … END_OF_DOCUMENT_TOKEN_TO_BE_REPLACED

The Legend of Zelda: Breath of the Wild’s critical acclaim is often met with the counter of being “overrated” by some players. There are usually numerous reasons for this – both notable and ridiculous – but one of the … END_OF_DOCUMENT_TOKEN_TO_BE_REPLACED

While Super Smash Brothers for the Wii U and 3DS has been out for just over a year and the recent announcement of Cloud joining the roster garnering a massive amount of hype, many fans of the fighting game … END_OF_DOCUMENT_TOKEN_TO_BE_REPLACED

I’ll admit that I’ve never been a fan of visual novels. I have nothing against them; it just isn’t a genre I’m interested in. That said, MangaGamer’s announcement a while back that their upcoming Steam release of Kindred Spirits … END_OF_DOCUMENT_TOKEN_TO_BE_REPLACED

Black Shell Media is a multimedia marketing and PR studio specializing in distribution and publishing of indie games! We do a lot of marketing and work with websites, … END_OF_DOCUMENT_TOKEN_TO_BE_REPLACED