With IT: Chapter Two right around the corner and some theaters across the nation preparing screenings of classic Stephen King films, you may be wondering if there is any way for gamers to get in on this fun. Actually, if you think about it, you may wonder if there are any Stephen King games at all.

There are, but don’t get your hopes up. The history of Stephen King games is a depressing reminder that Stephen King doesn’t seem to really care about video games and that much of his work hasn’t been licensed to developers despite the potential for stories like Salem’s Lot and The Dark Tower to become great games.

So here’s a look at every Stephen King game (and one game that’s close enough) that seem to exist. 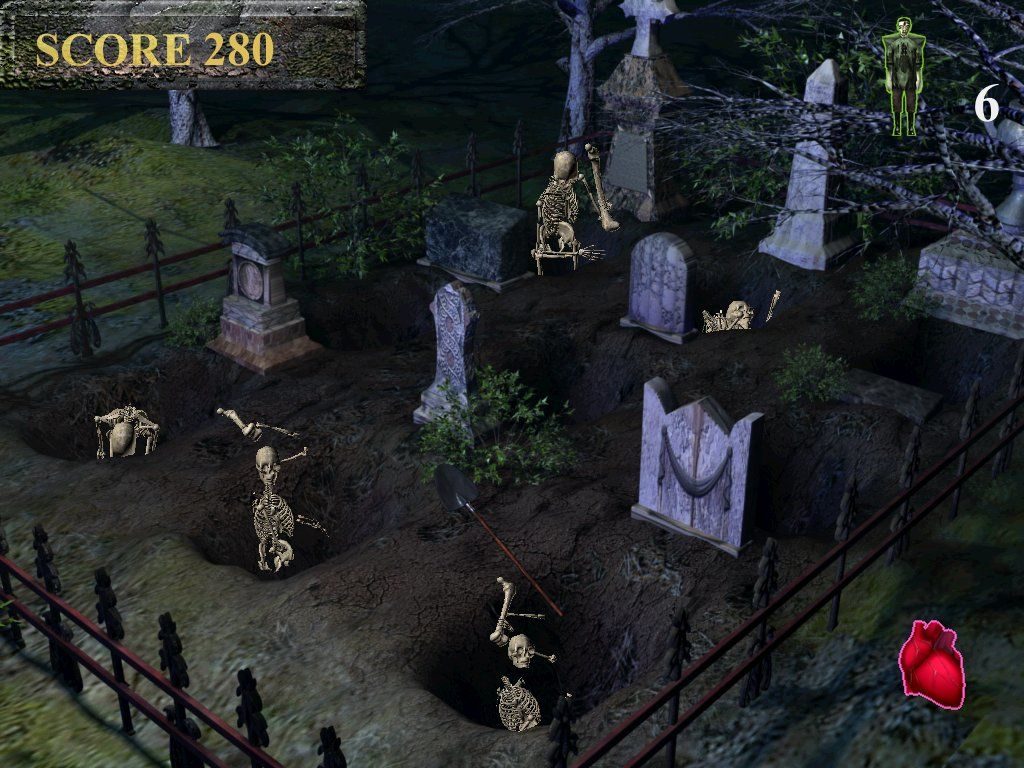 As one of the few games that proudly touts its association with Stephen King, F13 is a historic disappointment.

F13 is a multimedia experience that features some demos for games as bad as the ones they used to include in cereal boxes, some screensavers you couldn’t be dared to use, and a plot hole right in the title (there is an F13 key on Macs, and it’s perfectly innocent).

It’s not clear exactly how this game came to be, but it is clear that it’s one of the most shameless cash grabs in gaming history. What’s truly astonishing is that it was made by a legit gaming studio who seemingly had access to the King name! 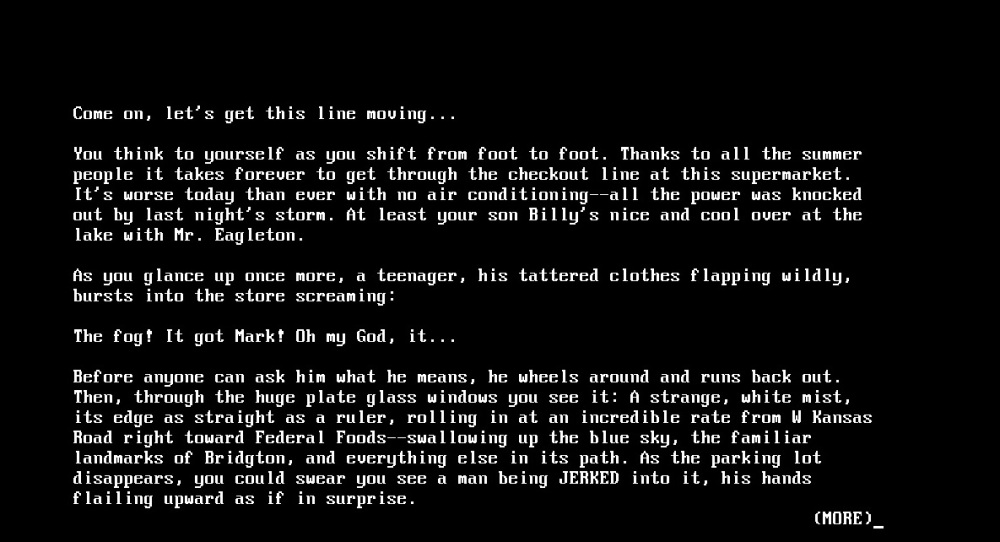 Yes, there’s a video game based on The Mist…and it was released in 1985.

Obviously based on the original story and not the phenomenal Frank Darabont film, this text adventure is shockingly faithful to the larger ideas of Stephen King as well as the text of the original story. It sees you play as a small-town man who must survive the horrors that lie in the mist so that he can save his son.

If you can find this game (which isn’t that difficult with a quick Google search), you’ll find it to be a competent text adventure game that has aged quite a bit. Nevertheless, that puts it near the top of the best Stephen King games ever made. 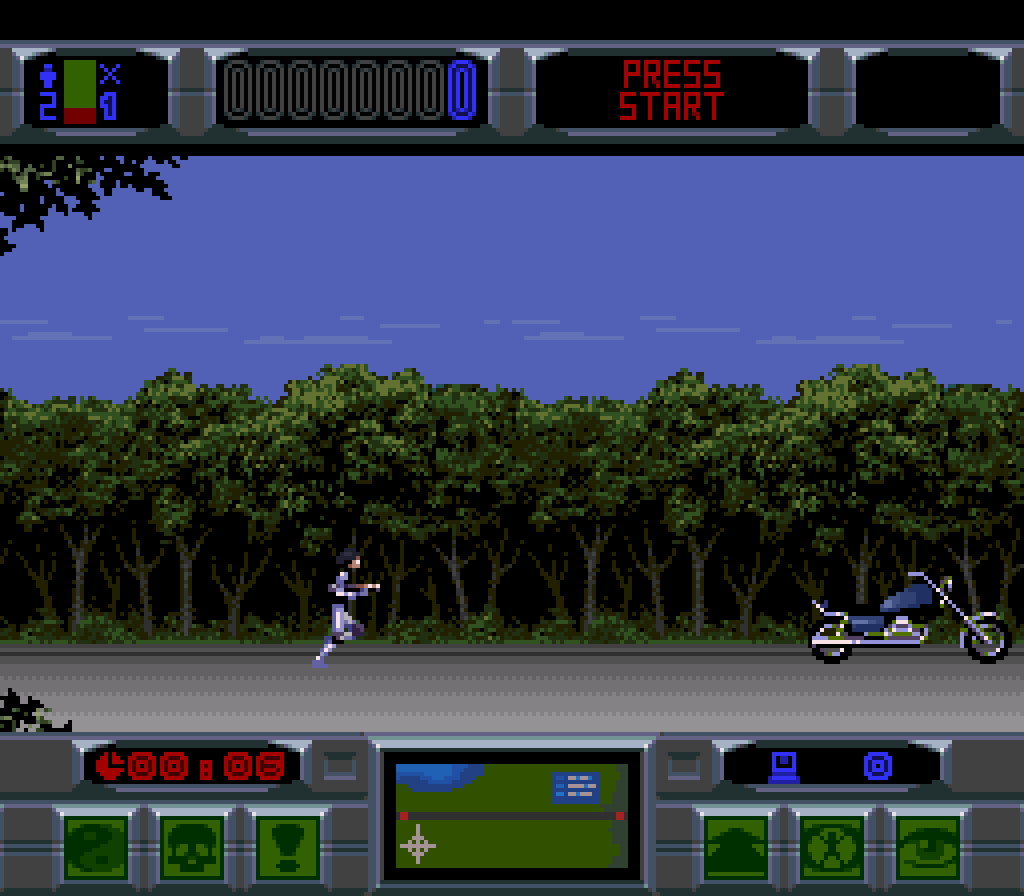 Where to start with this one?

It also has little to do with anything actually related to video games. It looks awful, its controls are a joke, and the efforts the developers went to in order to stretch the film’s thin plot into an entire game are laughable.

There were various versions of this game, but they’re all united by their uselessness. 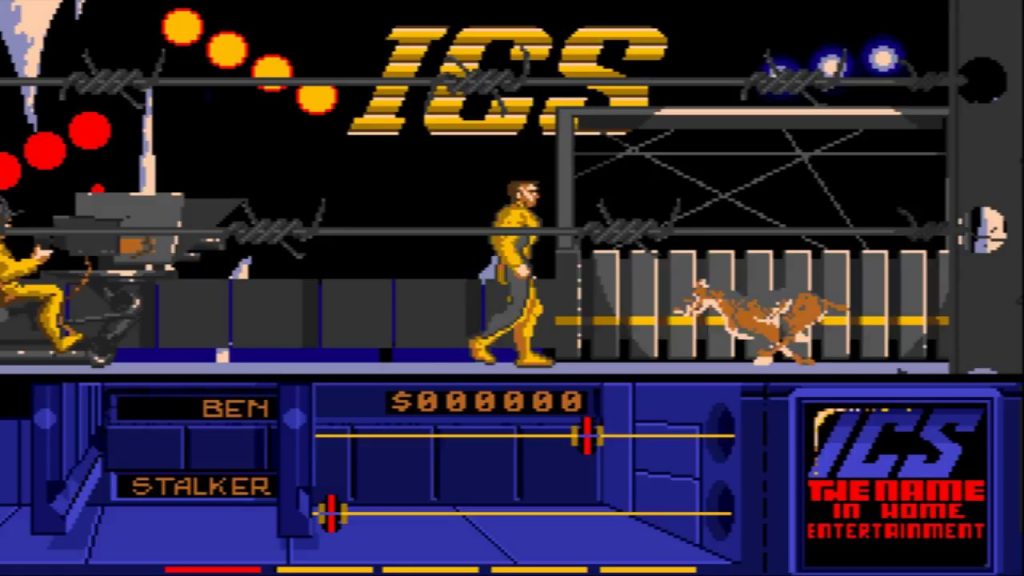 Much like The Lawnmower Man, this Amiga game is actually based on The Running Man movie and not the Stephen King (technically Richard Bachman) story. At least that movie bears some resemblance to the original story.

In any case, this 2D action style is a mix of good ideas (things actually look like they’re from the film) and some truly awful gameplay. There’s actually quite a lot you could do with The Running Man concept, but this game doesn’t mostly see you running from left to right while occasionally punching a dog. 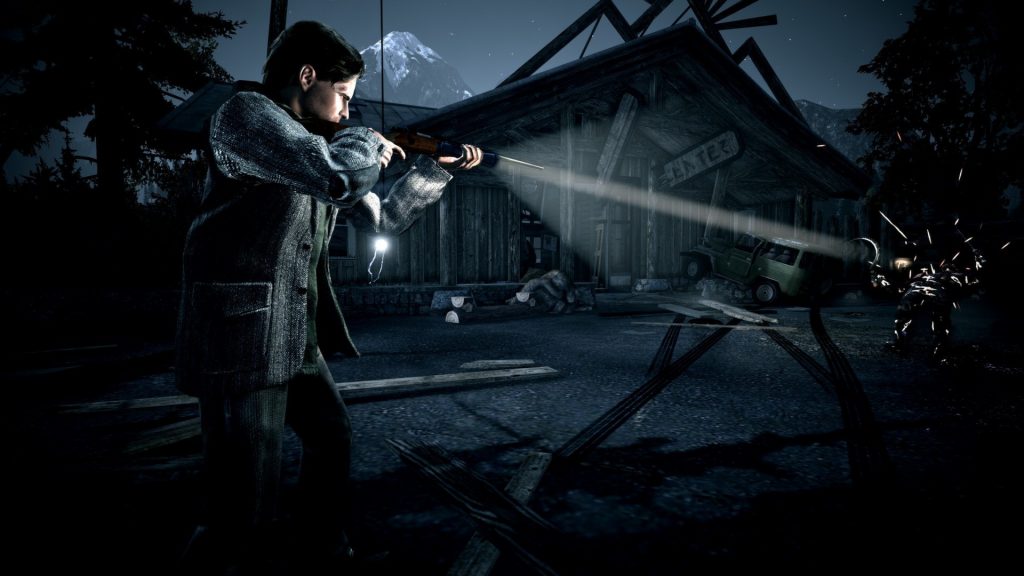 Alan Wake isn’t technically a Stephen King game, but the only thing it’s missing is the title of a Stephen King story and some licensing to back it up.

Alan Wake tells the story of an author whose getaway to a small town has turned into a living nightmare. It’s so clearly based on the works of Stephen King that developer Remedy even name drops King in the game’s opening line.

It’s also a brilliant horror experience that stands as one of the genre’s great cult classics. King fans and horror gamers everywhere need to experience this title.

Despite all odds, there is one official Stephen King game in existence that is actually a competent (perhaps even worthwhile) experience.

The Dark Half was a 1993 film based on the Stephen King story of the same name. The Dark Half game is a point-and-click adventure in the style of early ‘90s genre classics.

It’s not the best in its class, but as a competent (sometimes quite good) game that is not only based on a Stephen King story but is quite faithful to it, this is as good as actual Stephen King games get.

(Updated 4/18/22) Even at a time when it feels like every game is being adapted into a show or movie, the news that Twisted Metal is being turned into a TV series stands out. Why? Well, it probably has … END_OF_DOCUMENT_TOKEN_TO_BE_REPLACED

(Updated 4/15/22) The reveal of the Mortal Kombat movie trailer and news that Street Fighter characters are joining the Fortnite roster has both legendary franchises on the minds of gamers everywhere. So, it’s only natural that fans have also … END_OF_DOCUMENT_TOKEN_TO_BE_REPLACED

Do so, and you’ll probably find that T END_OF_DOCUMENT_TOKEN_TO_BE_REPLACED

Do so, and you’ll probably find that T END_OF_DOCUMENT_TOKEN_TO_BE_REPLACED

I remember when I played my first Resident Evil. It was a gift and couldn’t wait to get it running in my old PS1. That old Capcom “this game contains scenes of explicit violence and gore” plastered on the … END_OF_DOCUMENT_TOKEN_TO_BE_REPLACED

At the beginning of one mission, you are marked for dead by the organization you work for. Your handler has no idea what happened but informs you that they are coming for … END_OF_DOCUMENT_TOKEN_TO_BE_REPLACED

(Updated 4/18/22) Even at a time when it feels like every game is being adapted into a show or movie, the news that Twisted Metal is being turned into a TV series stands out. Why? Well, it probably has … END_OF_DOCUMENT_TOKEN_TO_BE_REPLACED

(Updated 4/15/22) The reveal of the Mortal Kombat movie trailer and news that Street Fighter characters are joining the Fortnite roster has both legendary franchises on the minds of gamers everywhere. So, it’s only natural that fans have also … END_OF_DOCUMENT_TOKEN_TO_BE_REPLACED

The Legend of Zelda: Breath of the Wild’s critical acclaim is often met with the counter of being “overrated” by some players. There are usually numerous reasons for this – both notable and ridiculous – but one of the … END_OF_DOCUMENT_TOKEN_TO_BE_REPLACED

While Super Smash Brothers for the Wii U and 3DS has been out for just over a year and the recent announcement of Cloud joining the roster garnering a massive amount of hype, many fans of the fighting game … END_OF_DOCUMENT_TOKEN_TO_BE_REPLACED

I’ll admit that I’ve never been a fan of visual novels. I have nothing against them; it just isn’t a genre I’m interested in. That said, MangaGamer’s announcement a while back that their upcoming Steam release of Kindred Spirits … END_OF_DOCUMENT_TOKEN_TO_BE_REPLACED

Black Shell Media is a multimedia marketing and PR studio specializing in distribution and publishing of indie games! We do a lot of marketing and work with websites, … END_OF_DOCUMENT_TOKEN_TO_BE_REPLACED