OpinionPC GamesXbox One
No Comments 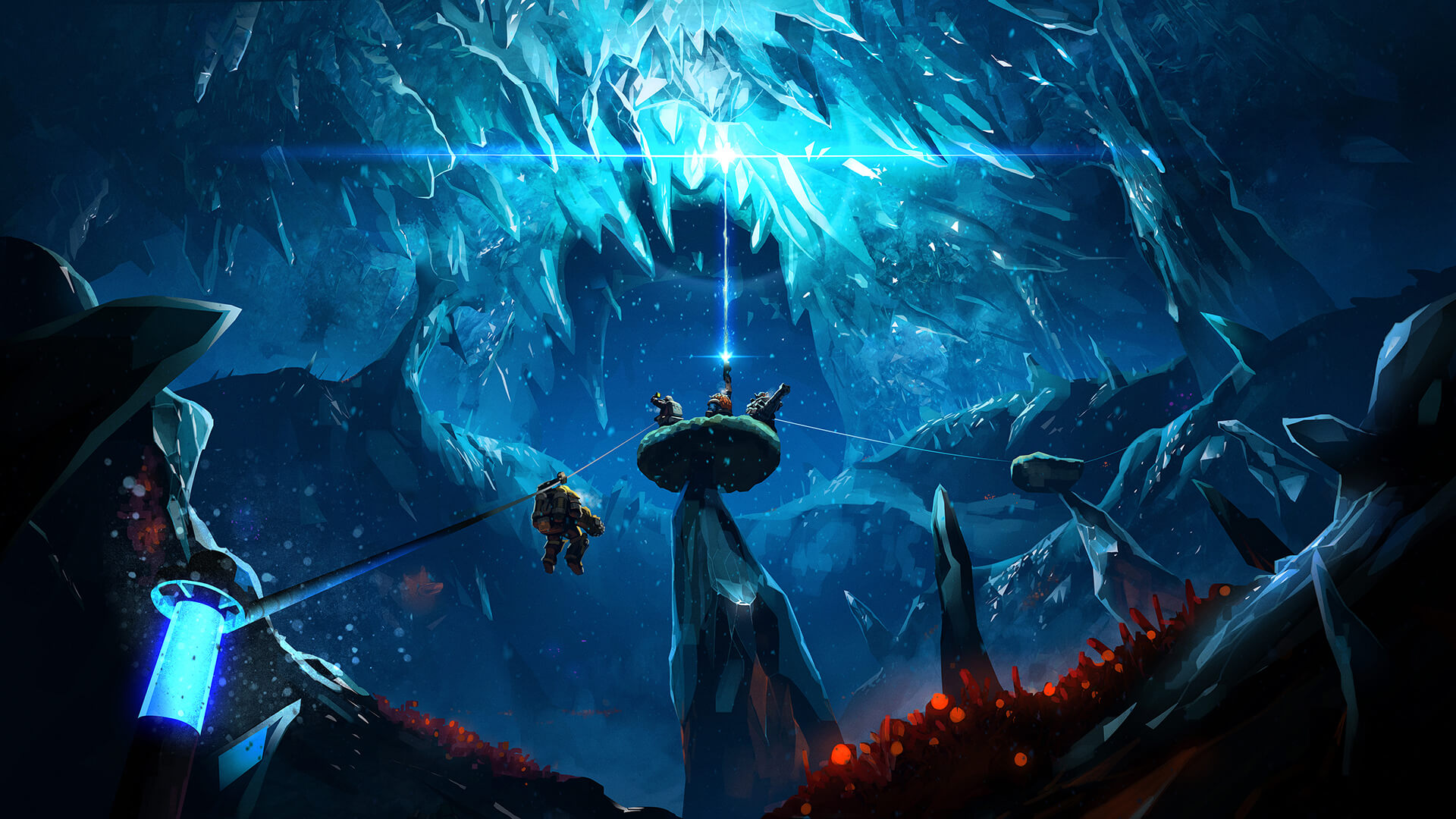 Before its release on May 13th, I had been playing Deep Rock Galactic on and off during its Early Access phase. I chose not to spend too much time in it until the release was set so I could experience the final product. It’s a choice I like to make with most games that are developed this way and it has been a good one for me so far.

This was tough for me because Deep Rock had a lot of qualities I had been missing in my gaming experience. The fun of a four-person multiplayer co-op game against AI is a style of game that doesn’t come along too often. When it does, it’s not always great, or at least not great enough to hold the attention of an audience for very long. Deep Rock Galactic, however, maintained hundreds to thousands of active players throughout its Early Access.

The 26 hours I put into it pre-launch were already enjoyable, but in the two weeks since then I’ve more than doubled that time. With 55 hours in the game, I can say I’m having just as much or even more fun than I did before the game released. Within that those hours, I’m not even halfway through the achievements and still have plenty of in-game content to unlock. The wealth of unlockable content and compelling gameplay makes every launch into the game fresh and exciting.

The thing Deep Rock Galactic does particularly well is making each mission feel distinct. Even with only a handful of different types, I seldom have a predictable experience. The procedural design of the caves and tunnels works exceptionally well since randomized natural formations seem authentic. The variety of biomes and their flora and fauna add to the mission diversity. These caves probably wouldn’t be nearly as interesting to explore, however, if not for the lighting system.

Every dwarf has a simple flashlight available that projects a weak circle of light in front of them. This leaves all but the narrowest passageway pitch black. Light management is one of the cornerstones of the gameplay. Each player has a set of four recharging flares they can toss that provide a larger, but still quite limited, bubble of light. This isn’t just necessary for finding your way around and avoiding pitfalls though. You also need it to see and engage the spider-like Glyphid enemies that swarm in throughout the mission.

Left 4 Dead pioneered their AI they called “The Director” that engineered masses of enemies in ways that would create the best experience. Deep Rock Galactic seems to use a similar principle within the spectrum of its difficulty settings to generate swarms of Glyphids that challenge the team. If you’re in a situation where you don’t have enough ammo or visibility, even smaller swarms can overtake you. The addition of special Glyphids that can snatch you up and carry you off to a swift death is also evocative of Left 4 Dead’s special infected – and are similarly effective.

The four distinct Dwarf classes add to the diversity of the experience. Each has a role they fill well, but never one so integral that the team can’t function without them. Scouts make it easy to get minerals high on cave walls and can provide high-intensity flares to light up rooms. Drillers can quickly dig passageways for easy navigation and have a powerful flamethrower. The Gunner has the always-handy zip line tool for extra maneuverability in addition to his massive minigun. Then the Engineer can make infinitely useful platforms while providing cover fire with his automated turret.

Leveling up each of these characters, unlocking their base gear, secondary gear, and forged gear augmentations make any one of them worth investing dozens of hours. Yet one of the most enjoyable parts is swapping between these unique characters to properly fill a role in the team. The creators of each server have the option to set character limitations to one each, but this happens probably less than half of the time. Yet the vast majority of missions I join have one of each class simply because it makes the mission better for everyone.

The single biggest reason I believe Deep Rock Galactic is worth playing is the community. I’ve played a lot of online games over the years from the biggest to the smallest and I’ve never encountered a community so thoroughly positive. They’re positive about the game, the developers, and nearly every in-game experience. In those 55 hours, there haven’t been any trolls or anyone griefing even though friendly fire is always on. Mentioning the game around the internet is often met with random cheers of “Rock and Stone” by fellow players. It’s remarkably foreign these days it astounds me with every positive interaction.

With its reasonable price ($30), near-limitless gameplay, and devoted developers, I can see Deep Rock Galactic being relevant for years. Just as it has been during its two-year Early Access phase. I can only hope that, as it continues to grow, the community maintains its quality. I’m glad I’ve found a game I can fall back on whenever I feel like having fun with friendly people. So many games require a committed group of friends to be enjoyable, but Deep Rock Galactic feels like you’re almost always with friends. Friends who want to have fun and succeed as a group to dig up those shiny minerals.

(Updated 4/18/22) Even at a time when it feels like every game is being adapted into a show or movie, the news that Twisted Metal is being turned into a TV series stands out. Why? Well, it probably has … END_OF_DOCUMENT_TOKEN_TO_BE_REPLACED

(Updated 4/15/22) The reveal of the Mortal Kombat movie trailer and news that Street Fighter characters are joining the Fortnite roster has both legendary franchises on the minds of gamers everywhere. So, it’s only natural that fans have also … END_OF_DOCUMENT_TOKEN_TO_BE_REPLACED

Do so, and you’ll probably find that T END_OF_DOCUMENT_TOKEN_TO_BE_REPLACED

Do so, and you’ll probably find that T END_OF_DOCUMENT_TOKEN_TO_BE_REPLACED

I remember when I played my first Resident Evil. It was a gift and couldn’t wait to get it running in my old PS1. That old Capcom “this game contains scenes of explicit violence and gore” plastered on the … END_OF_DOCUMENT_TOKEN_TO_BE_REPLACED

At the beginning of one mission, you are marked for dead by the organization you work for. Your handler has no idea what happened but informs you that they are coming for … END_OF_DOCUMENT_TOKEN_TO_BE_REPLACED

(Updated 4/18/22) Even at a time when it feels like every game is being adapted into a show or movie, the news that Twisted Metal is being turned into a TV series stands out. Why? Well, it probably has … END_OF_DOCUMENT_TOKEN_TO_BE_REPLACED

(Updated 4/15/22) The reveal of the Mortal Kombat movie trailer and news that Street Fighter characters are joining the Fortnite roster has both legendary franchises on the minds of gamers everywhere. So, it’s only natural that fans have also … END_OF_DOCUMENT_TOKEN_TO_BE_REPLACED

The Legend of Zelda: Breath of the Wild’s critical acclaim is often met with the counter of being “overrated” by some players. There are usually numerous reasons for this – both notable and ridiculous – but one of the … END_OF_DOCUMENT_TOKEN_TO_BE_REPLACED

While Super Smash Brothers for the Wii U and 3DS has been out for just over a year and the recent announcement of Cloud joining the roster garnering a massive amount of hype, many fans of the fighting game … END_OF_DOCUMENT_TOKEN_TO_BE_REPLACED

I’ll admit that I’ve never been a fan of visual novels. I have nothing against them; it just isn’t a genre I’m interested in. That said, MangaGamer’s announcement a while back that their upcoming Steam release of Kindred Spirits … END_OF_DOCUMENT_TOKEN_TO_BE_REPLACED

Black Shell Media is a multimedia marketing and PR studio specializing in distribution and publishing of indie games! We do a lot of marketing and work with websites, … END_OF_DOCUMENT_TOKEN_TO_BE_REPLACED