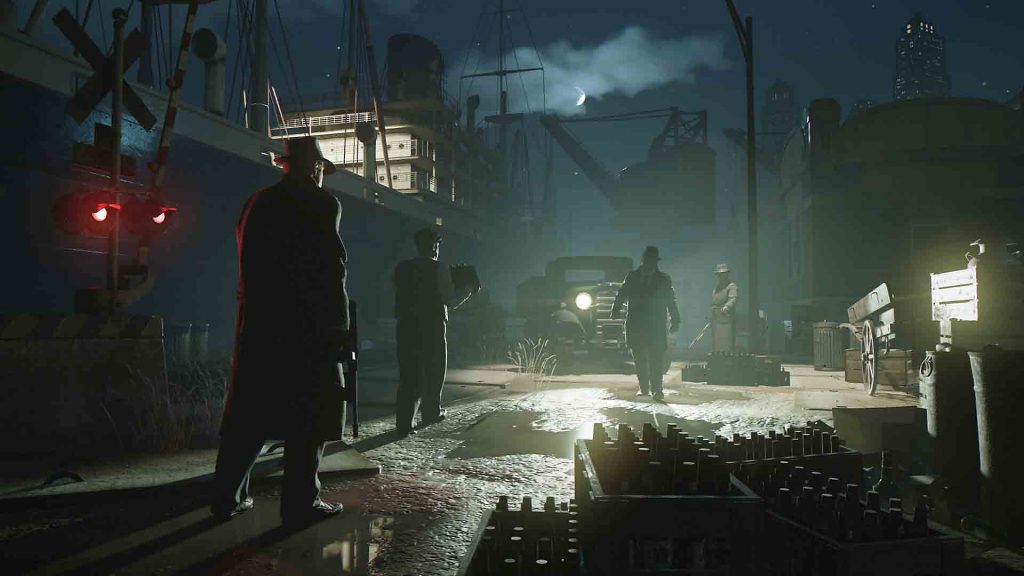 Released in 2002 just two months before the debut of the beloved Grand Theft Auto: Vice City, it was, perhaps, inevitable that the two games would be compared. After all, both were crime games, both tried to recreate iconic eras, and both seemingly offered the ability to navigate large digital words.

You probably know how that battle ended. Grand Theft Auto: Vice City would lead to the Grand Theft Auto series nearly two decades of sales dominance. It would prove that the captivating Grand Theft Auto 3 was no fluke and that a new era of open-world gaming had arrived. As for Mafia, it sold fairly well, led to a few sequels, received solid reviews, and was generally enjoyed by those who played it. By and large, though, it remains a historic curiosity that’s more than obscure but less than infamous.

It’s somewhat remarkable, then, that the recently released Mafia: Definitive Edition manages to perfectly capture everything that made the original game great but so far has been tragically underrated for many of the same reasons that the original game was overlooked.

See, Mafia was never really trying to be Grand Theft Auto. Maybe its long development cycle (which began four years before the game’s release) eventually incorporated some Grand Theft Auto-style elements, but GTA was a game about living your crime fantasies in a sandbox environment. Mafia existed to tell a story.

Even the positive reviews of the 2002 game took the time to mention that Mafia‘s environmental exploration and on-foot elements were severely limited. It felt like a moderately insulting comparison that was perhaps justified at a time when fans had reason to believe that Mafia was basically 1920s Grand Theft Auto.

What’s strange, though, is that those same GTA comparisons are made in noteworthy negative reviews of the Definitive Edition. Critics of the remake point out that its open-world sections are lagging while its structured missions offer little creative freedom. There seems to be a fairly popular idea that the fact this remake didn’t convert the original title into a more modern open-world game is an indictment of its developers’ ability to really explore the potential of the original as well as justification for why the original game is generally only fondly remembered by an adamant group of fans.

Yet, I can’t help but feel those reviews are missing the point.

At a time when a seemingly endless parade of Ubisoft style open-world games ask us to measure games by the quantity of their content, Mafia focuses on expertly curated story-based missions that offer variety through scenarios.

At a time when the Grand Theft Auto series lives and dies by an endless stream of lucrative online updates, Mafia offers a compelling single-player experience that can be completed in a few sittings

At a time when well-meaning games like The Last of Us Part 2 try very hard to elevate the art form by elevating narrative concepts that have existed in literature, film, and television for years, Mafia allows us to live out some (admittedly dark) old-timey gangster dreams in a way that no other game really does.

That’s the thing about Mafia. So many of the things that it was praised for upon its release somehow feel even better all of these years later when they represent the antithesis of popular trends in modern gaming that feel locked into the public consciousness. Meanwhile, the remake manages to smooth the original game’s roughest edges (even if its classic jank has a little charm) by incorporating the best modern ideas that compliment the things it did so well.

So why isn’t Mafia: Definitive Edition getting more love outside of those who were seemingly destined to love it? The sad truth of the matter is that we’re still living in a GTA world. At a time when the content buffet is king, there just seems to be little call for the perfectly cooked morsel, even when it is the perfect palate cleanser that offers something different.

Of course, there is a world in which the design of Mafia and the design of Grand Theft Auto were allowed to coexist, thrive, and influence generations of imitators who attempted to evolve two distinct and worthwhile styles. Sadly, that’s not the one we got.

However, if you want to experience what kind of modern game Mafia may have influenced if it had historically been treated more fairly as a game of its own merits, Mafia: Definitive Edition is certainly as close as you’ll get. At the very least, it’s a refreshing alternative to the modern game which may just help remind you of the simple pleasures of a story-based game that you play, enjoy, beat, and move on from, but never truly forget.

(Updated 4/18/22) Even at a time when it feels like every game is being adapted into a show or movie, the news that Twisted Metal is being turned into a TV series stands out. Why? Well, it probably has … END_OF_DOCUMENT_TOKEN_TO_BE_REPLACED

(Updated 4/15/22) The reveal of the Mortal Kombat movie trailer and news that Street Fighter characters are joining the Fortnite roster has both legendary franchises on the minds of gamers everywhere. So, it’s only natural that fans have also … END_OF_DOCUMENT_TOKEN_TO_BE_REPLACED

Do so, and you’ll probably find that T END_OF_DOCUMENT_TOKEN_TO_BE_REPLACED

Do so, and you’ll probably find that T END_OF_DOCUMENT_TOKEN_TO_BE_REPLACED

I remember when I played my first Resident Evil. It was a gift and couldn’t wait to get it running in my old PS1. That old Capcom “this game contains scenes of explicit violence and gore” plastered on the … END_OF_DOCUMENT_TOKEN_TO_BE_REPLACED

At the beginning of one mission, you are marked for dead by the organization you work for. Your handler has no idea what happened but informs you that they are coming for … END_OF_DOCUMENT_TOKEN_TO_BE_REPLACED

(Updated 4/18/22) Even at a time when it feels like every game is being adapted into a show or movie, the news that Twisted Metal is being turned into a TV series stands out. Why? Well, it probably has … END_OF_DOCUMENT_TOKEN_TO_BE_REPLACED

(Updated 4/15/22) The reveal of the Mortal Kombat movie trailer and news that Street Fighter characters are joining the Fortnite roster has both legendary franchises on the minds of gamers everywhere. So, it’s only natural that fans have also … END_OF_DOCUMENT_TOKEN_TO_BE_REPLACED

The Legend of Zelda: Breath of the Wild’s critical acclaim is often met with the counter of being “overrated” by some players. There are usually numerous reasons for this – both notable and ridiculous – but one of the … END_OF_DOCUMENT_TOKEN_TO_BE_REPLACED

While Super Smash Brothers for the Wii U and 3DS has been out for just over a year and the recent announcement of Cloud joining the roster garnering a massive amount of hype, many fans of the fighting game … END_OF_DOCUMENT_TOKEN_TO_BE_REPLACED

I’ll admit that I’ve never been a fan of visual novels. I have nothing against them; it just isn’t a genre I’m interested in. That said, MangaGamer’s announcement a while back that their upcoming Steam release of Kindred Spirits … END_OF_DOCUMENT_TOKEN_TO_BE_REPLACED

Black Shell Media is a multimedia marketing and PR studio specializing in distribution and publishing of indie games! We do a lot of marketing and work with websites, … END_OF_DOCUMENT_TOKEN_TO_BE_REPLACED