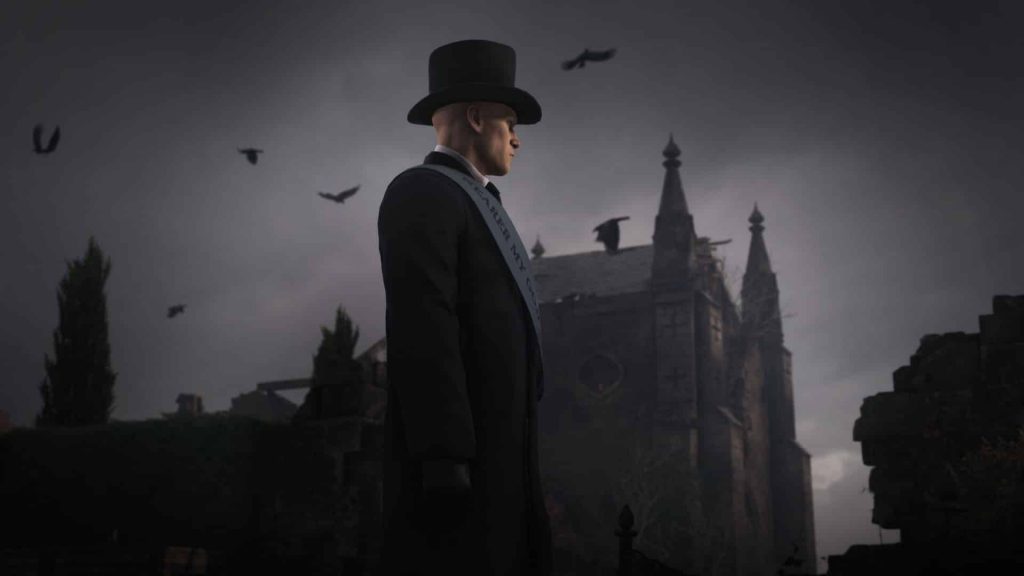 To spare you the drama, the good news is that most of Hitman 3‘s missions live up to or exceed expectations. If you’re wondering how, exactly, the new levels stack up, here’s our ranking of Hitman 3‘s new levels.

For the last level in their Hitman trilogy, developer IO Interactive decided to craft a largely linear mission designed to conclude the series’ story.

It’s a questionable move to say that least. While the level itself is enjoyable in its own way, this is the conclusion of a trilogy that elevated the open-ended gameplay and storytelling concepts that made this franchise infamous in the first place. While Hitman’s arching narrative has gotten better over the years, you have to wonder how many people are going to be emotionally invested enough in this story to really care about such a structured payoff.

All things considered, this level feels like a missed opportunity to send this series off on the high it rode in on.

Whereas Carpathian Mountains feels like it’s trying to be too different for its own good, Hitman 3’s Dubai level loses points for not daring to be different enough.

Essentially an elaborate tutorial level, Dubai is designed to let you test the waters of the Hitman concept. That’s nice, but it feels out of place in the third game of a trilogy as well as a game that makes it relatively easy to access the levels of the previous two Hitman levels. Even if you’re coming in from the cold and starting with this game, you’re probably familiar enough with the concept to dive in a bit deeper.

That said, Dubai does feature some creative kills, and the level’s James Bond-like entrance makes it that much easier to get excited about IO’s upcoming 007 game.

Mendoza’s initial layout may cause you to sigh (it features yet another mansion in the mountains), you’ll find that the creativity of this premise rests in the smaller moments.

In lieu of an obvious path forward, the Mendoza level does a tremendous job of genuinely encouraging you to explore the possibilities by eavesdropping, observing your surroundings, and simple trial and error. It should also be noted that the visuals of this level’s premise may not be innovative, but the garden party proves to offer an array of amusements for those willing to seek them out.

Overall, this is a solid overall level, which is why you find it in the middle of these rankings.

Chongqing is essentially a two-tiered structure that requires you to navigate between the interior of a secret facility and the city’s streets. The visual dynamic between those locations is compelling in its own right, but the real joy here are the ways that IO managed to blend those two environments into some elaborate objectives that fill you with joy when you realize the possibilities.

This is as pure of a Hitman level as IO has ever created. It’s just that the next two missions offer something entirely different.

Hitman 3’s biggest selling point may be the Dartmoor level and how it essentially serves as a “Whodunnit?” mystery set in the Hitman universe.

By disguising yourself as a famous private investigator summoned to solve a murder at the mansion of a prominent family, Dartmoor lets you live out your locked-room mystery fantasies. Even better, clever players will find a way to weave their investigation into the pursuit of their assigned target.

While the murder mystery aspect of this level obviously elevates it, even those who choose alternate routes will find that Dartmoor is quite simply one of the best Hitman levels ever created.

I never would have suspected a Hitman level could usurp a murder mystery mission, but the brilliance of Berlin and the ways it cleverly plays with the Hitman formula simply cannot be denied.

The premise here is that Agent 47 must enter a nightclub filled with 10 operatives tasked with killing him. Part of this mission involves identifying five of the undercover agents before they can spot you. The other part requires you to find a way to kill them in an absolutely packed arena filled with onlookers and operatives.

From a visual and audio standpoint, this level is a masterpiece. Yet, it truly sets itself apart via a fantastic premise that alters the Hitman formula enough to make things feel fresh without straying too far from what makes the franchise special.

The science-fiction horror game, originally released in 2008, was a massive success that influenced an entire generation of games within space/horror genre. Despite the … END_OF_DOCUMENT_TOKEN_TO_BE_REPLACED

After months of speculation regarding the release of an upgraded Switch system, Nintendo finally revealed its latest gaming system — the Nintendo Switch OLED Model. The new Switch will release on October 8, costs $349.99, and offers a long list … END_OF_DOCUMENT_TOKEN_TO_BE_REPLACED

The Legend of Zelda: Breath of the Wild’s critical acclaim is often met with the counter of being “overrated” by some players. There are usually numerous reasons for this – both notable and ridiculous – but one of the … END_OF_DOCUMENT_TOKEN_TO_BE_REPLACED

I remember when I played my first Resident Evil. It was a gift and couldn’t wait to get it running in my old PS1. That old Capcom “this game contains scenes of explicit violence and gore” plastered on the … END_OF_DOCUMENT_TOKEN_TO_BE_REPLACED

At the beginning of one mission, you are marked for dead by the organization you work for. Your handler has no idea what happened but informs you that they are coming for … END_OF_DOCUMENT_TOKEN_TO_BE_REPLACED

If you were to bet me $20 that Amazon would be making an MMORPG at some point, I would still find some reason to not give it to you. Amazon games announced 3 new PC games to try to … END_OF_DOCUMENT_TOKEN_TO_BE_REPLACED

The Legend of Zelda: Breath of the Wild’s critical acclaim is often met with the counter of being “overrated” by some players. There are usually numerous reasons for this – both notable and ridiculous – but one of the … END_OF_DOCUMENT_TOKEN_TO_BE_REPLACED

I don’t play a lot of Apex Legends anymore. I enjoyed the game for a while, but there aren’t many games I’ve stayed with consistently over the long haul since the lost years of World of Warcraft. These days there … END_OF_DOCUMENT_TOKEN_TO_BE_REPLACED

Diehard fans of Call of Duty’s groundbreakingly successful battle royale – Warzone – have been eagerly anticipating the release of a new map for months now. … END_OF_DOCUMENT_TOKEN_TO_BE_REPLACED

While Super Smash Brothers for the Wii U and 3DS has been out for just over a year and the recent announcement of Cloud joining the roster garnering a massive amount of hype, many fans of the fighting game … END_OF_DOCUMENT_TOKEN_TO_BE_REPLACED

I’ll admit that I’ve never been a fan of visual novels. I have nothing against them; it just isn’t a genre I’m interested in. That said, MangaGamer’s announcement a while back that their upcoming Steam release of Kindred Spirits … END_OF_DOCUMENT_TOKEN_TO_BE_REPLACED

Black Shell Media is a multimedia marketing and PR studio specializing in distribution and publishing of indie games! We do a lot of marketing and work with websites, … END_OF_DOCUMENT_TOKEN_TO_BE_REPLACED

Wondering if you can run Halo Infinite on your laptop or desktop? Sure, why not? Halo Infinite has launched in open beta mode (Nov. 16, 2021) and will officially release on Dec. 8, 2021. The game is the sixth in … END_OF_DOCUMENT_TOKEN_TO_BE_REPLACED