Never underestimate the power of passion in game design. Give two teams of developers the same general idea for a project, but have one of them make it solely for money while the other is driven by a sense of passion for the concept, and the team building it out of passion will almost always give you something that feels more worthwhile.

So far as passion goes, you will find fewer projects driven by it more than 1979 Revolution: Black Friday. 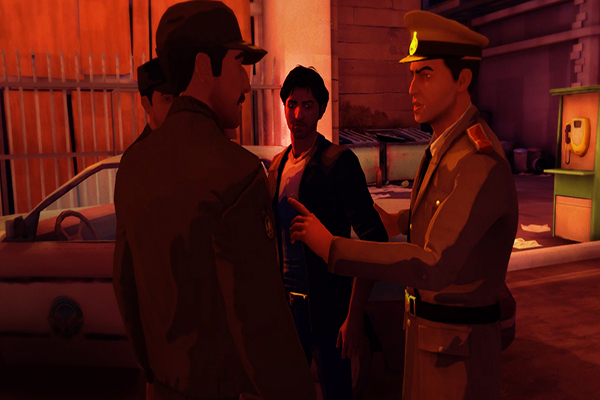 Conceptualized and developed by Iranian-Canadian developer Navid Khonsari, Black Friday is the story of the infamous 1979 Iranian revolution as told through the perspective of a photojournalist who finds himself slowly swept up in its events. The game aims to convey how the common people of this time were forever affected by what would transpire during this period. Because of this view, the Iranian government has seen fit to ban Black Friday from being released in their country and have also labeled Khonsari a traitor and spy for his efforts in developing it.

Seeing the game’s story play out before you leaves little room for doubt as to why the government would not want it to easily fall into the hands of the Iranian people. The revolution portrayed here would directly lead to the Iran that we know today, and anyone who so happens to oppose that particular government may not be too thrilled to see the events that unfold here. I wouldn’t go so far as to say that the game takes a black and white stance concerning all sides involved, but what it does do is manage to capture the spirit and passion that drives a revolution as well as any game of its kind before it.

Then again, there never really has been a game quite like this one from a narrative and setting standpoint, which is a big part of what makes Black Friday so compelling. Video games may be more diverse than they’ve ever been, but they still rely on the same set of common settings such as dark fantasies or sci-fi space epics featuring space marines most of the time. Seeing such a unique world play out before you as beautifully as it is designed in Black Friday is a simple joy in and of itself. Despite the fact that the game takes notable cues from films such as City of God, there is really nothing else quite like what this game is presenting in all of entertainment. 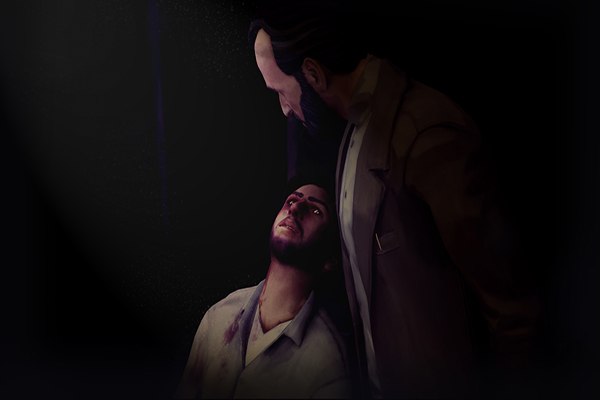 Sadly, the same cannot be said of the gameplay. Anyone who has ever played a TellTale adventure game will be instantly familiar with Black Friday‘s blend of choice-based dialogue and quick-time event action sequences. Although there are a couple of alterations to that particular formula – the most notable of which being some enjoyable photography segments – the overall gameplay doesn’t really venture far from the ordinary.

That’s a bit of a downer given how everything else about this game is actually quite far from ordinary. When you’re not being exposed to interesting new historical facts or getting a glimpse into this culture, you’ll find that you’re not doing anything in this game that you likely haven’t done many times before in several other titles. Coupled with the fact that you could conceivably beat Black Friday in under an hour if you are not concerned with exploring everything – and maybe just a couple of hours if you are – and it becomes quite difficult to recommend Black Friday from a value perspective.

However, if you approach 1979 Revolution: Black Friday as an interactive pseudo-documentary, then you’ll find that it is a pretty great one. The rich story and diverse cast of characters will have no trouble keeping you compelled enough to see the game through completion, but those who are seeking something a bit more fun that will last them longer than an afternoon will be disappointed to find that Black Friday falls short of starting a revolution for its somewhat tired genre.

As the World Cup is nearing the end … END_OF_DOCUMENT_TOKEN_TO_BE_REPLACED

Do so, and you’ll probably find that T END_OF_DOCUMENT_TOKEN_TO_BE_REPLACED

I remember when I played my first Resident Evil. It was a gift and couldn’t wait to get it running in my old PS1. That old Capcom “this game contains scenes of explicit violence and gore” plastered on the … END_OF_DOCUMENT_TOKEN_TO_BE_REPLACED

At the beginning of one mission, you are marked for dead by the organization you work for. Your handler has no idea what happened but informs you that they are coming for … END_OF_DOCUMENT_TOKEN_TO_BE_REPLACED

The history of gaming isn’t that old compared to other artistic and entertainment mediums. Many people have lived through the entirety of video game history, and more people have seen most of it. As such, you’d think that the … END_OF_DOCUMENT_TOKEN_TO_BE_REPLACED

(Updated 4/18/22) Even at a time when it feels like every game is being adapted into a show or movie, the news that Twisted Metal is being turned into a TV series stands out. Why? Well, it probably has … END_OF_DOCUMENT_TOKEN_TO_BE_REPLACED

(Updated 4/15/22) The reveal of the Mortal Kombat movie trailer and news that Street Fighter characters are joining the Fortnite roster has both legendary franchises on the minds of gamers everywhere. So, it’s only natural that fans have also … END_OF_DOCUMENT_TOKEN_TO_BE_REPLACED

Welcome ghouls, beasts, tricksters, and every horrific being known to man. The spooky season is upon us and I figured I would indulge in the festivities in my own way. Thus, I have come up with a satirical take on … END_OF_DOCUMENT_TOKEN_TO_BE_REPLACED

In 2020 it was revealed developer IO Interactive was working on a James Bond game known as Project 007 which, understandably, shook the video game world. Still in production, there’s a possibility that their James Bond game could be the … END_OF_DOCUMENT_TOKEN_TO_BE_REPLACED