Escape Plan on the PS4 is a ported version of the original title on PS Vita from 2012 by developer Fun Bits Interactive and producer Chris Millar-both of whom are connected to the successful game Fat Princess. Published by Sony, this title is one that marks the second from this Seattle-based studio founded in 2012. This game is an interesting one in multiple ways.

In this title players take control of Lil, a creature who is locked in an unknown prison. They find they must wake him up and navigate him through different rooms while overcoming challenges and solving puzzles. The mission is to find Lil’s counterpart Laarg, a total opposite of Lil with a big stature and slow movement speed. Once this occurs they work together using their unique abilities to escape. Sometimes separating from each other, they both hope to eventually find the exits and beat their captor. This captor is known as Bakuki, a mysterious figure with a tribal mask. It is not clear yet why he is imprisoning these two; along the way he randomly appears in cut scenes, through in-game taunting or to express anger over their successes. Foiling his plan and surviving in creative ways, as well as pushing for higher personal challenges, accompanying trophies and 3-star wins drives the gameplay. 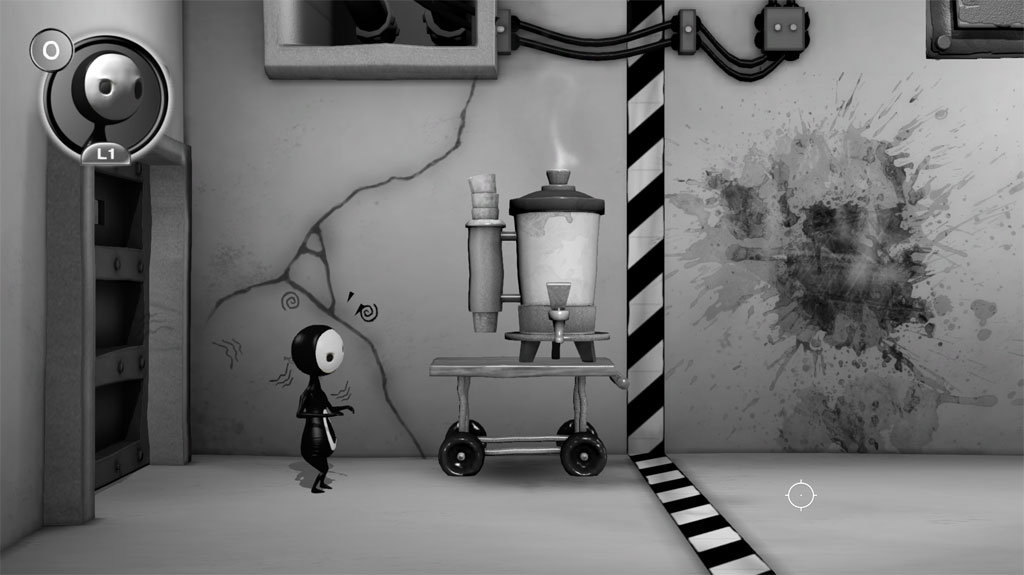 The strong points of this game are numerous to say the least. Escape Plan is a beautiful game in an art style seen immediately from the black & white palette used in the game, providing it a retro style and noir appearance. The player characters themselves are black with white masks and have odd names to provide interest as to who they could be-real or spirits or some other fantastical entity. The captor is another interesting element due to the mystery he holds in his designs.

Levels, although they are not always entirely challenging, provide a continual focus on player challenge to continue to get the win in each room by having a time limit and point value for rush play. Difficulty is nicely scaled as the developers slowly introduce new types of challenges and mechanics to use in new puzzle scenarios. One of these involved inhaling helium and navigating him through the level by expelling gas while an audience reacts to your humorous plight. This sequence of rooms shows the creative approach that can be taken in puzzle areas.

The controls are gesture-based, meaning the movement relies on the player tapping areas in the level for directing the character and using the touchpad to point to areas to go as well as manipulation of some objects. This makes good use of the PS4 touchpad controller. 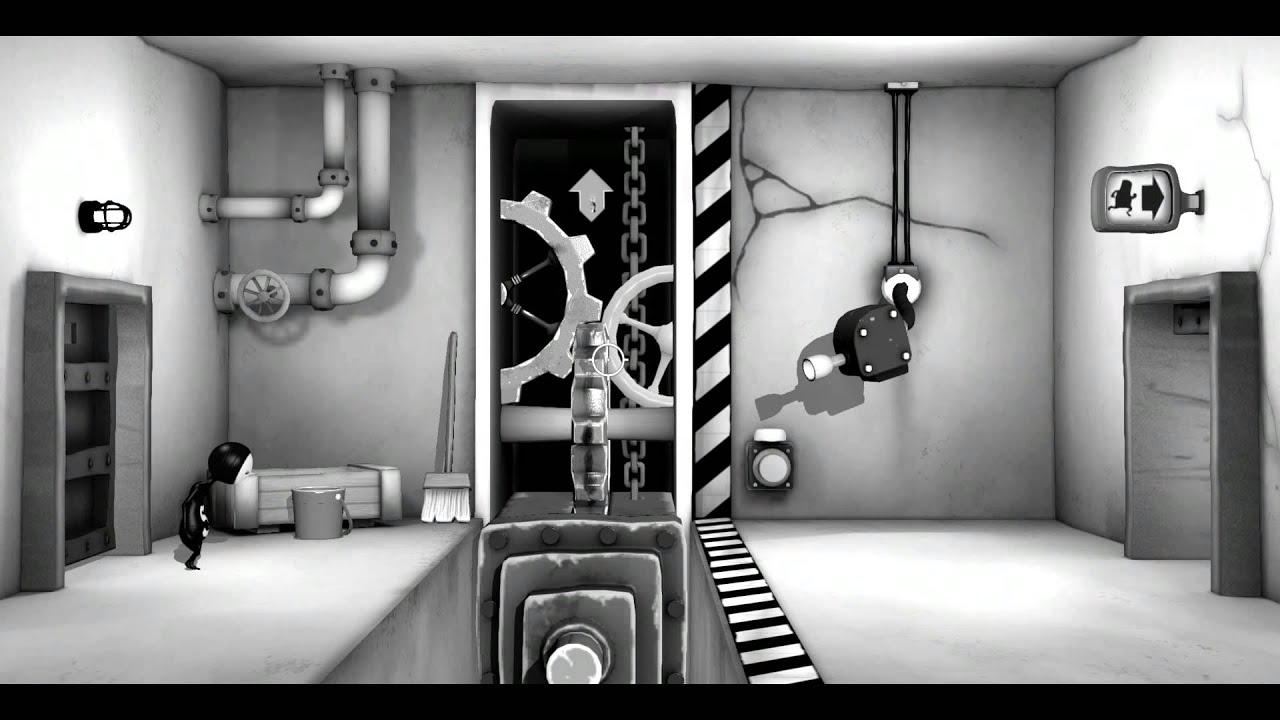 Escape Plan has many good qualities, but what about the areas that are not as appealing? There are only two of these I have yet found-the difficulty in directing the player on a chosen path at times and the control of two players by one person. The first occurred in the helium level as I kept running into the wall despite efforts to maneuver around the corners. The second happened in conjunction with having two players to move across a level. Many times this resulted in death because my attention was so closely tied to one that I lost the other. With each having different abilities this can be annoying to keep track of.

My decision is that Escape Plan is a well-done game worthy of play and appreciation for its art, story, mechanics, and characters, but one that is meant to annoy in puzzles and I will find myself unable to play this for continuous periods. For those who like puzzler titles and noir-style game appeal, download this game now.

Snowfall is here and it is time to cheer! Sorry about that… As different video games pump out their holiday events, plenty get swept under the radar. If you are tired from playing the multiple FPS holiday events … END_OF_DOCUMENT_TOKEN_TO_BE_REPLACED

Amazon Prime members can get free games and free in-game content every month that last a certain amount of time. You can jump over to Amazon to sign-up for an account or navigate to the Prime Gaming section to see … END_OF_DOCUMENT_TOKEN_TO_BE_REPLACED

Do so, and you’ll probably find that T END_OF_DOCUMENT_TOKEN_TO_BE_REPLACED

I remember when I played my first Resident Evil. It was a gift and couldn’t wait to get it running in my old PS1. That old Capcom “this game contains scenes of explicit violence and gore” plastered on the … END_OF_DOCUMENT_TOKEN_TO_BE_REPLACED

At the beginning of one mission, you are marked for dead by the organization you work for. Your handler has no idea what happened but informs you that they are coming for … END_OF_DOCUMENT_TOKEN_TO_BE_REPLACED

The history of gaming isn’t that old compared to other artistic and entertainment mediums. Many people have lived through the entirety of video game history, and more people have seen most of it. As such, you’d think that the … END_OF_DOCUMENT_TOKEN_TO_BE_REPLACED

(Updated 4/18/22) Even at a time when it feels like every game is being adapted into a show or movie, the news that Twisted Metal is being turned into a TV series stands out. Why? Well, it probably has … END_OF_DOCUMENT_TOKEN_TO_BE_REPLACED

(Updated 4/15/22) The reveal of the Mortal Kombat movie trailer and news that Street Fighter characters are joining the Fortnite roster has both legendary franchises on the minds of gamers everywhere. So, it’s only natural that fans have also … END_OF_DOCUMENT_TOKEN_TO_BE_REPLACED

Snowfall is here and it is time to cheer! Sorry about that… As different video games pump out their holiday events, plenty get swept under the radar. If you are tired from playing the multiple FPS holiday events … END_OF_DOCUMENT_TOKEN_TO_BE_REPLACED

Welcome ghouls, beasts, tricksters, and every horrific being known to man. The spooky season is upon us and I figured I would indulge in the festivities in my own way. Thus, I have come up with a satirical take on … END_OF_DOCUMENT_TOKEN_TO_BE_REPLACED