Explore Open World Space Environments with Into the Stars 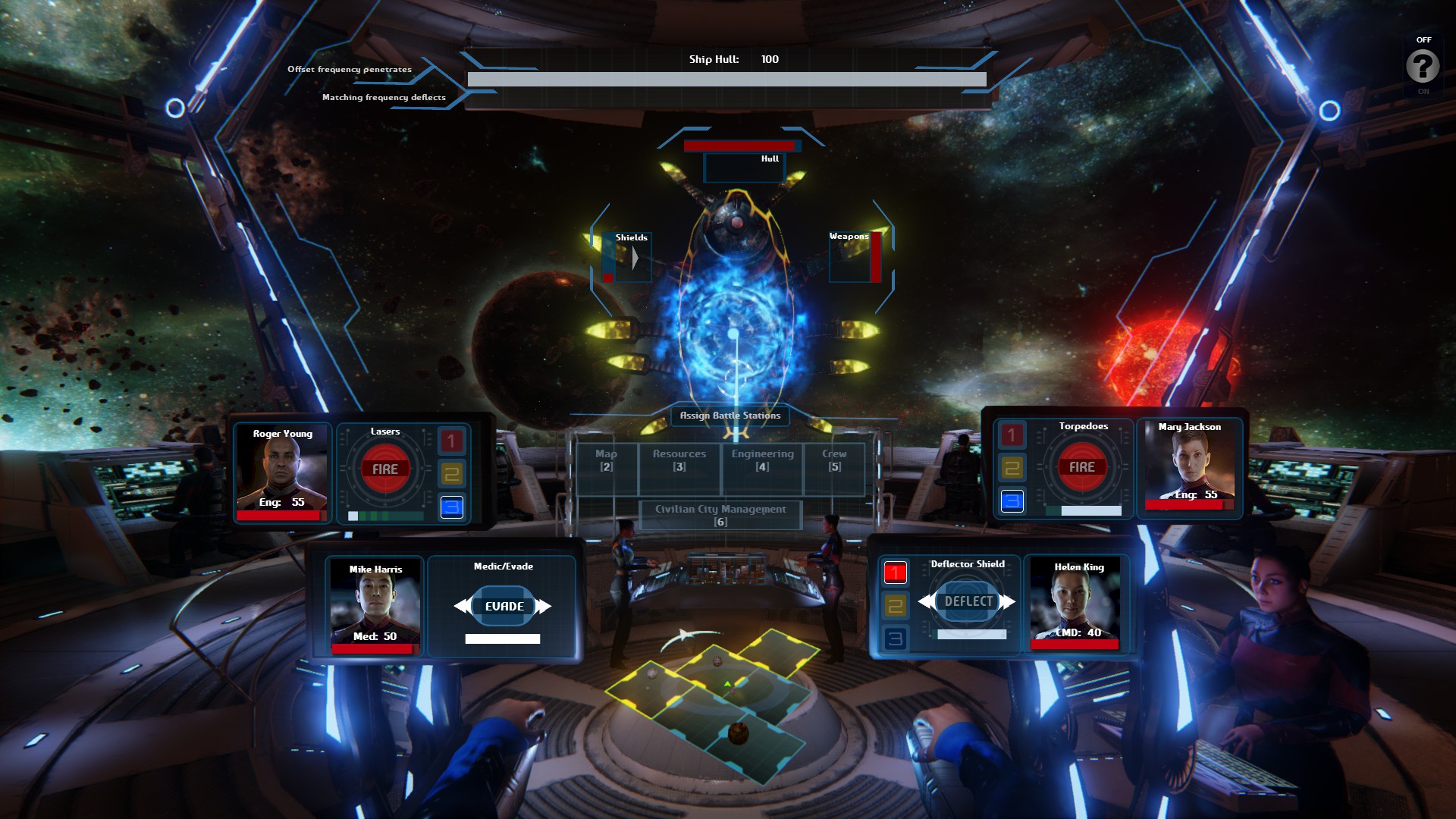 Looking much more similar to Mass Effect, minus the linear story, than to Eve Online, Into the Stars puts players at the helm of a starship tasked with the crucial mission of finding a suitable planet for colonization in order to save the last vestiges of the human race. As captain it is your responsibility to explore a vast open world solar system with over 90 distinct zones, each with their own unique challenges and rewards.

Resources must be gathered from planets and other space debris in order to keep both the ship and the crew going. Planet side missions can include a number of mining or gathering objectives which can endanger your crew. Considering that permadeath is a feature of the game this can make your decisions as captain both difficult and impactful.

Lingering too long even when you come across a resource rich planet can be just as dangerous considering that the hostile alien race responsible for destroying much of Earth continues to track your ship while you travel across the solar system. Other hostile and even friendly alien encounters wait on the journey as well with plenty of weapon systems and ship vs. ship combat scenarios when diplomacy fails.

Composer Jack Wall, who worked on the music of Mass Effect, Lost Planet, and Call of Duty has added his own touch to Into the Stars with an original score. This has likely raised the bar in regards to the rest of the soundtrack which should hopefully mean some evocative tracks to enjoy while traveling.

By far the campaigns most favored pledge tier is the $20 level which offers a digital copy of the game for PC/MAC and a wallpaper package exclusive to Kickstarter backers. Already successfully funded with more than 3000 backers and successfully Greenlit by the Steam community, Fugitive Games has a long road ahead to creating their epic space exploration adventure game, but seems to have the support it needs to make it successful.

Snowfall is here and it is time to cheer! Sorry about that… As different video games pump out their holiday events, plenty get swept under the radar. If you are tired from playing the multiple FPS holiday events … END_OF_DOCUMENT_TOKEN_TO_BE_REPLACED

Amazon Prime members can get free games and free in-game content every month that last a certain amount of time. You can jump over to Amazon to sign-up for an account or navigate to the Prime Gaming section to see … END_OF_DOCUMENT_TOKEN_TO_BE_REPLACED

Do so, and you’ll probably find that T END_OF_DOCUMENT_TOKEN_TO_BE_REPLACED

I remember when I played my first Resident Evil. It was a gift and couldn’t wait to get it running in my old PS1. That old Capcom “this game contains scenes of explicit violence and gore” plastered on the … END_OF_DOCUMENT_TOKEN_TO_BE_REPLACED

At the beginning of one mission, you are marked for dead by the organization you work for. Your handler has no idea what happened but informs you that they are coming for … END_OF_DOCUMENT_TOKEN_TO_BE_REPLACED

The history of gaming isn’t that old compared to other artistic and entertainment mediums. Many people have lived through the entirety of video game history, and more people have seen most of it. As such, you’d think that the … END_OF_DOCUMENT_TOKEN_TO_BE_REPLACED

(Updated 4/18/22) Even at a time when it feels like every game is being adapted into a show or movie, the news that Twisted Metal is being turned into a TV series stands out. Why? Well, it probably has … END_OF_DOCUMENT_TOKEN_TO_BE_REPLACED

(Updated 4/15/22) The reveal of the Mortal Kombat movie trailer and news that Street Fighter characters are joining the Fortnite roster has both legendary franchises on the minds of gamers everywhere. So, it’s only natural that fans have also … END_OF_DOCUMENT_TOKEN_TO_BE_REPLACED

Snowfall is here and it is time to cheer! Sorry about that… As different video games pump out their holiday events, plenty get swept under the radar. If you are tired from playing the multiple FPS holiday events … END_OF_DOCUMENT_TOKEN_TO_BE_REPLACED

Welcome ghouls, beasts, tricksters, and every horrific being known to man. The spooky season is upon us and I figured I would indulge in the festivities in my own way. Thus, I have come up with a satirical take on … END_OF_DOCUMENT_TOKEN_TO_BE_REPLACED