Indie developer 17-BIT’s debut title, Skulls of the Shogun, sadly didn’t get quite the level of attention I think it deserved. It was a pretty good turn-based strategy game with a pleasant visual style and gameplay partly inspired by the fan-favorite Advance Wars series. Unfortunately, Microsoft wanted to use it as a way of promoting the gaming potential of Windows Phone and the Windows 8 app store, resulting in a good game getting completely overlooked until it finally released on more sensible platforms like Steam several months later. Hopefully Galak-Z: The Dimensional doesn’t suffer the same fate, because 17-BIT just proved to be a developer worth paying attention to.

Upon starting Galak-Z, you’re immediately treated to a striking visual aesthetic that nicely blends anime influences from the ’70s and early ’80s with graphics that still look right at home in 2015. Anyone who grew up on anime classics like Space Battleship Yamato/Star Blazers, Macross/Robotech, or Mobile Suit Gundam will instantly appreciate Galak-Z‘s visual influences and presentation. Even the pause and options menus are deliberately designed to invoke that ’70s and ’80s anime vibe by replicating the design of a paused VHS tape played on a CRT screen. Fans of 17-BIT’s Skulls of the Shogun will also enjoy all the references to it scattered throughout Galak-Z. 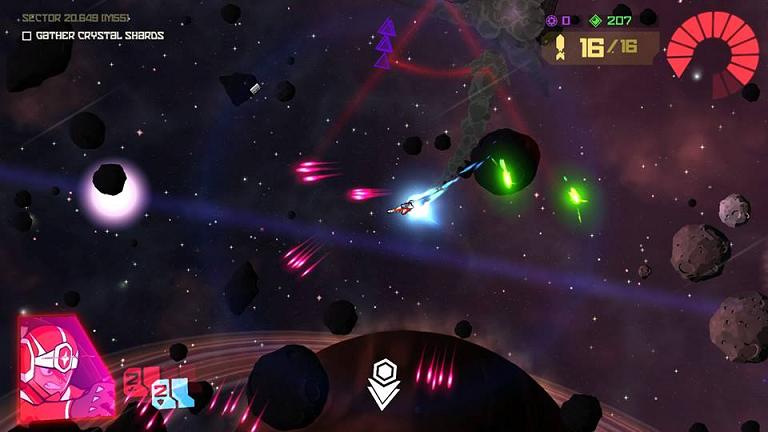 Even the game’s set-up is familiar to fans of these old anime franchises. You play as A-Tak, a rookie pilot that manages to survive his first encounter with the ruthless alien Empire threatening humanity. The last remaining member of his squad, A-Tak is discovered by Beam, the captain of the sole remaining human battleship in the area, the Axelios. As the last remnants of the human forces left after the Imperial invasion of the sector, it’s up to A-Tak and Beam to escape enemy territory and warn the rest of humanity before the Empire reaches Earth.

To keep with the game’s anime-inspired presentation, Galak-Z is divided into five “seasons”, with each season containing five “episodes.” These episodes are randomly-generated missions, with a final level that is always the same. Here’s where the ever-popular roguelike elements come in, as dying forces you to restart the season from the beginning.

This is also where one of Galak-Z‘s biggest flaw arises, a problem that is admittedly shared by many roguelites featuring procedurally-generated levels: the level layouts are very, very similar. Most levels, regardless of mission objective, will almost always have you start in open space before entering one or two hollowed-out asteroids or decrepit old space wrecks to find your objective. Then you’ll need to travel back to your warp point, which always has one final encounter with enemy forces, before you travel back to the Axelios and repeat this process over again. 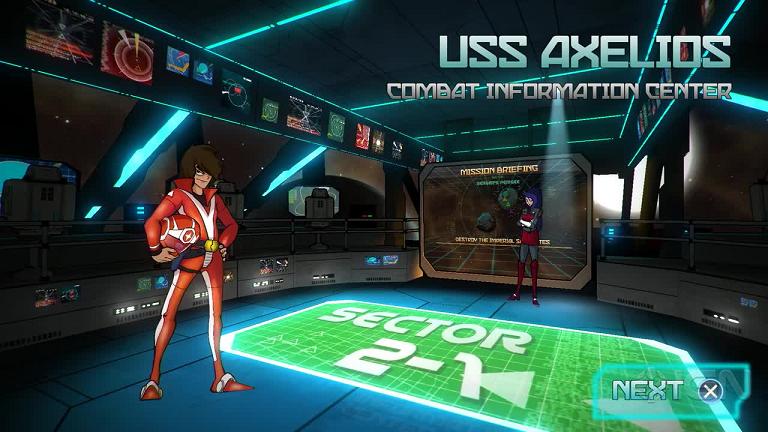 The actual mission objectives are quite limited too, and most of them play out the same anyway. Regardless of if you are sent out to find scrap to repair the Axelios or destroy an Imperial satellite, it will usually involve shooting something or grabbing something to bring it back to your warp point. If you are terrible at this game like I am, you’ll probably see most of the possible mission objectives any given season has fairly quickly.

However, I can look past an otherwise major flaw because the actual gameplay is so damn fun. Your fighter controls like you’d expect from a space shooter, with your craft always maintaining momentum until you actively change direction or reverse your engines. Combat is fast and slick, once again invoking the feeling that you are playing out space battles in an anime series like Macross. Missile and laser barrages light up the screen, and everything explodes in a satisfying, fiery explosion full of debris and scrap metal. Your fighter has multiple means of dodging, strafing, and maneuvering around enemies as you fire your increasingly absurd arsenal of lasers and missiles.

In the second season of the game you gain access to a special ability that was kept secret until a few weeks before release: mecha mode. It turns out that A-Tak grabbed a prototype fighter with the ability to transform into a Gundam-like mech equipped with a grappling hook, beam saber, and energy shield. The mecha mode plays very differently from the fighter, exchanging long range firepower for deadly close combat attacks. Levels are full of debris and environmental hazards that allow you to make the most out of your grappling hook and the large knockback of your sword attacks.

Each level also features multiple chests containing useful items and upgrades for your ship. Items tend to come in multiple forms, such as passive buffs to your ship, modifiers that change the way your lasers function, or blueprints that unlock items in the shop. Your lasers are broken down into several parts, like muzzle pattern, bullet shape, special properties, etc. These power-up items can be combined all sorts of interesting ways to increase your firepower, like creating dual lasers that have bouncing projectiles that light enemies on fire, or lasers that split into more lasers that have a chance to freeze enemies. 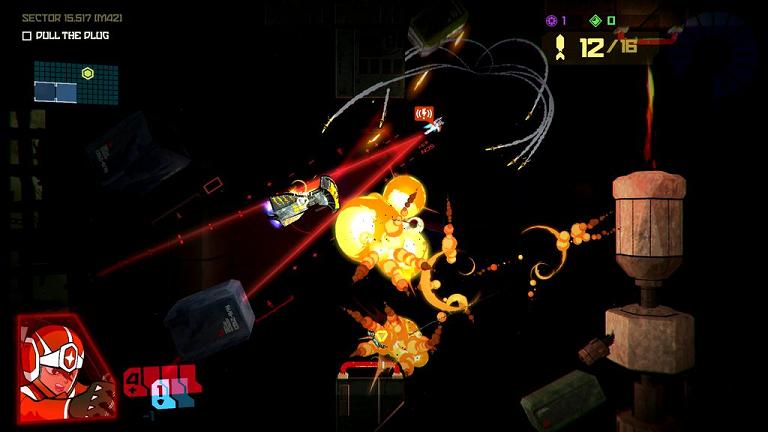 You’ll need all the upgrades you can get too, because Galak-Z is hard. This is a roguelite, after all, so expect to experience all the highs and lows of getting a really powerful ship and then dying on the boss fight at the end of a season. On the other hand, Galak-Z is also a very fair game. The controls are tight and responsive, and combat ultimately comes down to raw skill over lucky (or unlucky) RNG. Yes, sometimes you’ll encounter really harsh enemy compositions, but never once have I died in Galak-Z and felt like the game somehow cheated me by handing me bad item drops or the controls not responding how I wanted them to. No, death in Galak-Z is most certainly always due to your own incompetence.

That’s not to say that the game is without flaws, however. There is one arbitrary mechanic that seems like it was implemented just to make the later seasons more difficult. Starting a new season resets your ship’s progress, so you’ll always start a new season with a basic fighter. This is somewhat countered by crash coins. These rare drops are traded in for money at the start of a season, allowing you to buy at least a few basic upgrades. They also act as continues if you have at least five of them to trade in at the time of death.

There’s a handful of technical issues and glitches too, but nothing particularly major. Sometimes there will be minor framerate drops or microstutters during a particularly big battle, but it’s usually only enough to be a minor annoyance. I’ve had a few instances where the mecha’s grappling hook failed to pick up objects, but it doesn’t happen often. I also encountered a particularly bizarre glitch upon beating season 2. The game automatically dropped me into season 1 again and wouldn’t let me try out season 3. No matter what I tried, it would automatically drop me into season 1 again at the main title screen until I just shrugged and played through it. I have no idea what was up with that one. 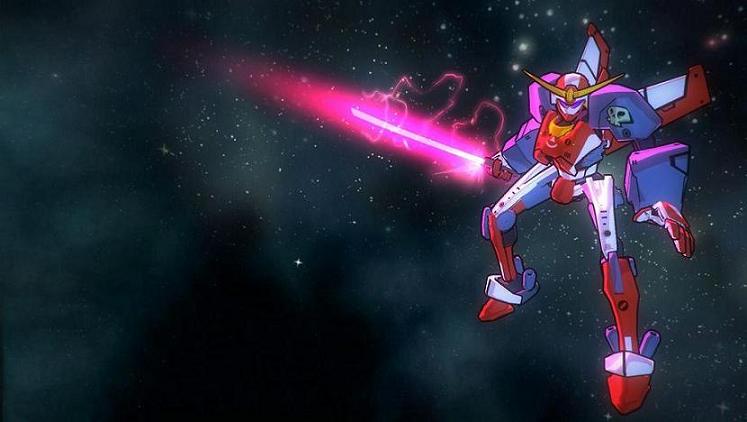 Minor issues aside, Galak-Z: The Dimensional is a fantastic 2D shooter with some of the best presentation I’ve seen in a recent indie game. Anyone who loves old sci-fi anime will surely fall in love with Galak-Z even before they get to the actual gameplay. It hits just the right mix of retro and modern. Even if you didn’t grow up with classic anime shows from the ’70s and ’80s, I feel that you’ll still find it hard not to love Galak-Z‘s fast and satisfying deep space dogfights. You can currently grab Galak-Z on PS4 for $15. PC and PS Vita versions are also in the works, though no concrete release dates yet. If you like anime, 2D shooters, and roguelites, you owe it to yourself to pick up Galak-Z, if not now then when it comes out on PC.

Do so, and you’ll probably find that T END_OF_DOCUMENT_TOKEN_TO_BE_REPLACED

I remember when I played my first Resident Evil. It was a gift and couldn’t wait to get it running in my old PS1. That old Capcom “this game contains scenes of explicit violence and gore” plastered on the … END_OF_DOCUMENT_TOKEN_TO_BE_REPLACED

At the beginning of one mission, you are marked for dead by the organization you work for. Your handler has no idea what happened but informs you that they are coming for … END_OF_DOCUMENT_TOKEN_TO_BE_REPLACED

The history of gaming isn’t that old compared to other artistic and entertainment mediums. Many people have lived through the entirety of video game history, and more people have seen most of it. As such, you’d think that the … END_OF_DOCUMENT_TOKEN_TO_BE_REPLACED

(Updated 4/18/22) Even at a time when it feels like every game is being adapted into a show or movie, the news that Twisted Metal is being turned into a TV series stands out. Why? Well, it probably has … END_OF_DOCUMENT_TOKEN_TO_BE_REPLACED

(Updated 4/15/22) The reveal of the Mortal Kombat movie trailer and news that Street Fighter characters are joining the Fortnite roster has both legendary franchises on the minds of gamers everywhere. So, it’s only natural that fans have also … END_OF_DOCUMENT_TOKEN_TO_BE_REPLACED

In 2020 it was revealed developer IO Interactive was working on a James Bond game known as Project 007 which, understandably, shook the video game world. Still in production, there’s a possibility that their James Bond game could be the … END_OF_DOCUMENT_TOKEN_TO_BE_REPLACED

The history of gaming isn’t that old compared to other artistic and entertainment mediums. Many people have lived through the entirety of video game history, and more people have seen most of it. As such, you’d think that the … END_OF_DOCUMENT_TOKEN_TO_BE_REPLACED

30+ years on, there’s somehow nothing quite like an NES action game. From the soundtracks to the level design and airtight mechanics, classic NES games like Ninja Gaiden and Mega Man remain some of the absolute best the medium … END_OF_DOCUMENT_TOKEN_TO_BE_REPLACED