Indie Developer Risks It All with Norse Mythology-themed Jotun

How confident would you need to feel in your own abilities, the abilities of your team, and the overall design of a game to quit your job to create it? Well for indie game designer William Dubé and his small team at Thunder Lotus Games, that confidence seems to be wrapped up in their newly announced Kickstarter project, Jotun.

Thunder Lotus Game’s Jotun, pronounced “Yotun” as made clear by their FAQ section, is an action adventure game with mechanics styled after classic titles like The Legend of Zelda, thrown together with the unique sense of scale found in Shadows of the Colossus. Add to that the artistic and narrative style dripping with Norse mythology and imagery and you have the core idea of what Jotun aims to be.

Players control Thora, a Viking who suffered an inglorious death, in her attempts to defeat the giant Jotun to prove herself worthy to enter the halls of Valhalla. With the promise of randomly generated areas to explore, environmental puzzles, and combat that promises to be fast-passed and organic but step away from hack-n-slash, Jotun seems to be a title with a lot of potential.

The small Canadian development team has reached out to Kickstarter in order to help bring a couple more key personal onto the team in order to deliver the exciting experience their Kickstarter trailer conveys.

We reached out to Dubé to learn more about Jotun, his studio, and his mindset for essentially going “all in” with his first title. 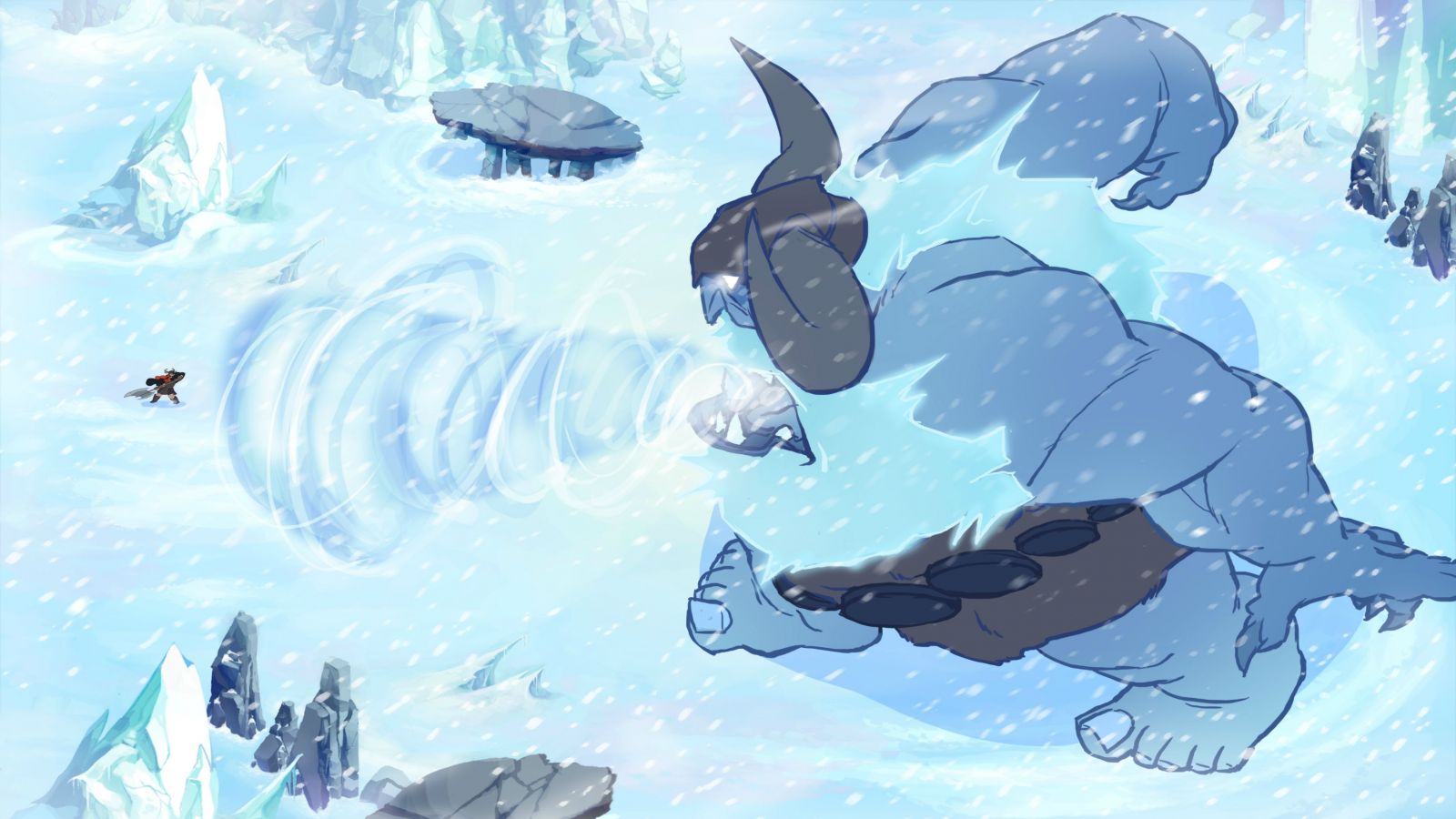 Jesse Tannous: What do you mean when you refer to Jotun as a love letter to classic and honest gaming in your Kickstarter trailer?

William Dubé: With Jotun, we’re taking the best that classic gaming has to offer: tight controls, great setting, accessible yet difficult. We’re taking classic gameplay and mixing it with beautiful modernized art and mechanics. Jotun is honest because we don’t believe in DRM, crappy DLC and insidious in-app purchases. Jotun is a great stand-alone piece of gaming entertainment.

JT: What has been the “indie” experience for you and your team so far?

WB: It has been fantastic! Everybody has been amazing: the other developers, the press and especially the fans. Kickstarter has been an especially great way for us to interact with and meet everyone!

JT: Based on your Kickstarter goals I don’t see any funds set aside for voice over. Do you plan on integrating voice over if financially possible?

WB: Voice overs are a possibility for now, but I cannot confirm anything for sure. We are however, taking audio very seriously in Jotun.

JT: What made you decide to quit your job to pursue this game?

WB: I’ve always loved indie games. They make up the most of my game experiences over the last few years. I’ve also always loved Vikings, mythology and centuries-old stories like Beowulf or The Divine Comedy. I wanted new experiences and I knew it was time to move on, so I did it!

JT: How much research have you and your team done into Norse Mythology, and do you plan to keep your depiction as accurate as possible or play with many of the conventions?

WB: We’re doing a ton of research, trying to soak up as much as possible as fast as possible. We want to be very respectful of the myths and legends while building our own story on top of it. For example, there is no purgatory in Norse mythology, but for Jotun, it made sense to invent this new place so we could build an amazing experience.

JT: You make a point in your Kickstarter trailer to specifically target PC indie gamers as your target audience. Why did you make this decision?

WB: I love PC indie titles. At the moment, I don’t own any consoles. I think I just wanted people to understand that that is where I’m coming from. The first games I ever played were games like Lemmings and Jazz Jack Rabbit. I never had a console growing up. However, that doesn’t mean we hate consoles! We would like to expand to as many platforms as possible in the future. 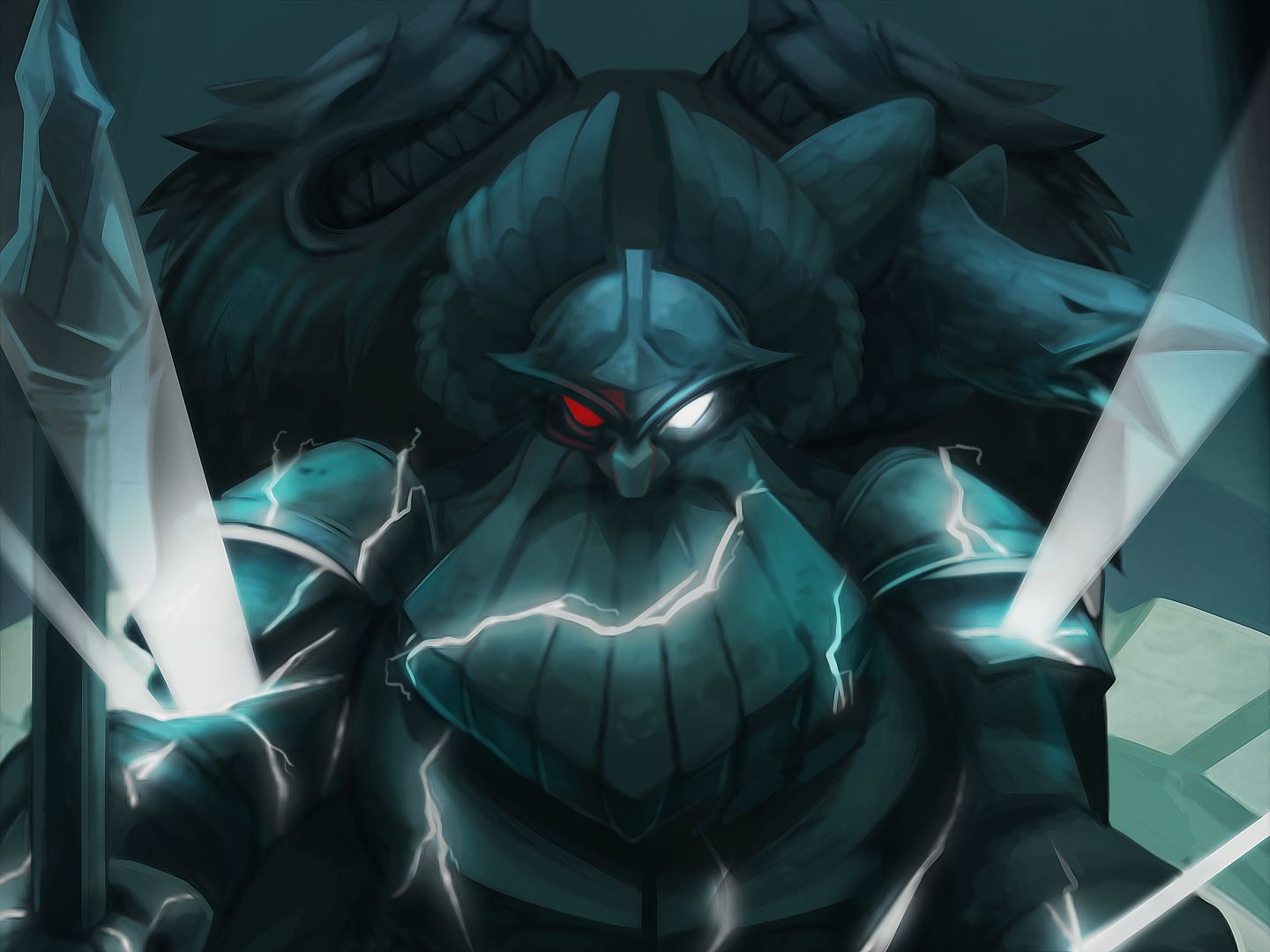 The young studio has a long road still ahead, but with hard work, support, and some luck, Jotun could become the success Thunder Lotus Games, and perhaps more importantly, William Dubé is hoping for.

Do so, and you’ll probably find that T END_OF_DOCUMENT_TOKEN_TO_BE_REPLACED

I remember when I played my first Resident Evil. It was a gift and couldn’t wait to get it running in my old PS1. That old Capcom “this game contains scenes of explicit violence and gore” plastered on the … END_OF_DOCUMENT_TOKEN_TO_BE_REPLACED

At the beginning of one mission, you are marked for dead by the organization you work for. Your handler has no idea what happened but informs you that they are coming for … END_OF_DOCUMENT_TOKEN_TO_BE_REPLACED

(Updated 4/18/22) Even at a time when it feels like every game is being adapted into a show or movie, the news that Twisted Metal is being turned into a TV series stands out. Why? Well, it probably has … END_OF_DOCUMENT_TOKEN_TO_BE_REPLACED

(Updated 4/15/22) The reveal of the Mortal Kombat movie trailer and news that Street Fighter characters are joining the Fortnite roster has both legendary franchises on the minds of gamers everywhere. So, it’s only natural that fans have also … END_OF_DOCUMENT_TOKEN_TO_BE_REPLACED

The Legend of Zelda: Breath of the Wild’s critical acclaim is often met with the counter of being “overrated” by some players. There are usually numerous reasons for this – both notable and ridiculous – but one of the … END_OF_DOCUMENT_TOKEN_TO_BE_REPLACED

(Updated 4/18/22) Even at a time when it feels like every game is being adapted into a show or movie, the news that Twisted Metal is being turned into a TV series stands out. Why? Well, it probably has … END_OF_DOCUMENT_TOKEN_TO_BE_REPLACED

(Updated 4/15/22) The reveal of the Mortal Kombat movie trailer and news that Street Fighter characters are joining the Fortnite roster has both legendary franchises on the minds of gamers everywhere. So, it’s only natural that fans have also … END_OF_DOCUMENT_TOKEN_TO_BE_REPLACED

Do so, and you’ll probably find that T END_OF_DOCUMENT_TOKEN_TO_BE_REPLACED