Indie Game ‘Starbound’ Bound for Nothing 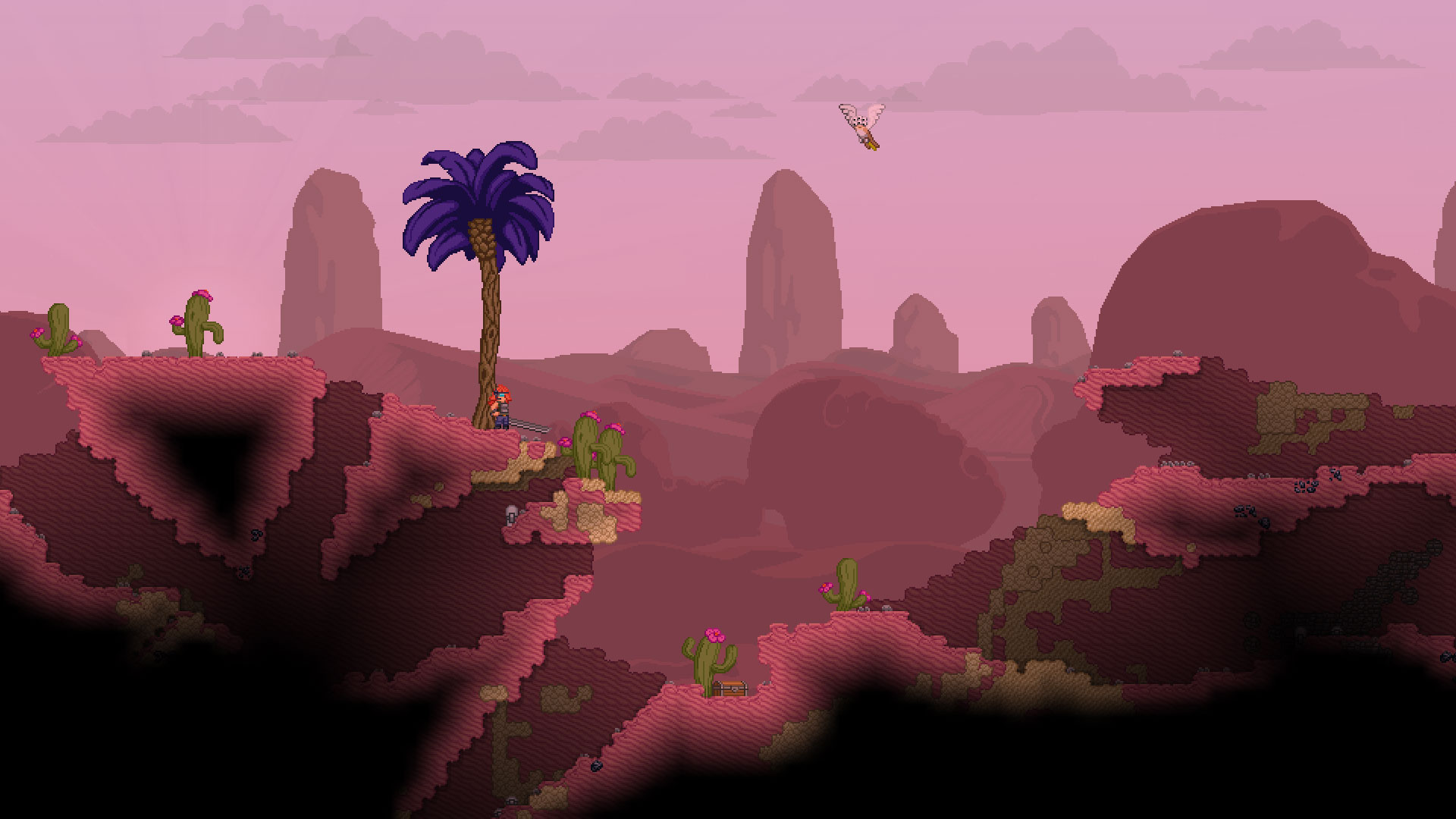 The moment I first saw the Starbound trailer, I could tell I was watching what could possibly be one of the most enjoyable multiplayer games I’ve ever seen. The trailer was exciting, showing off all these ambitious ideas. Filled to the brim with content and the tools necessary to fully immerse a player, I immediately pre-ordered it, happily awaiting the full release that would soon come in the winter.

That was three years ago and, by the looks of it, Starbound is no closer to being released today as it was on December 4, 2013 when it was put up for sale on Steam as an Early Access title. 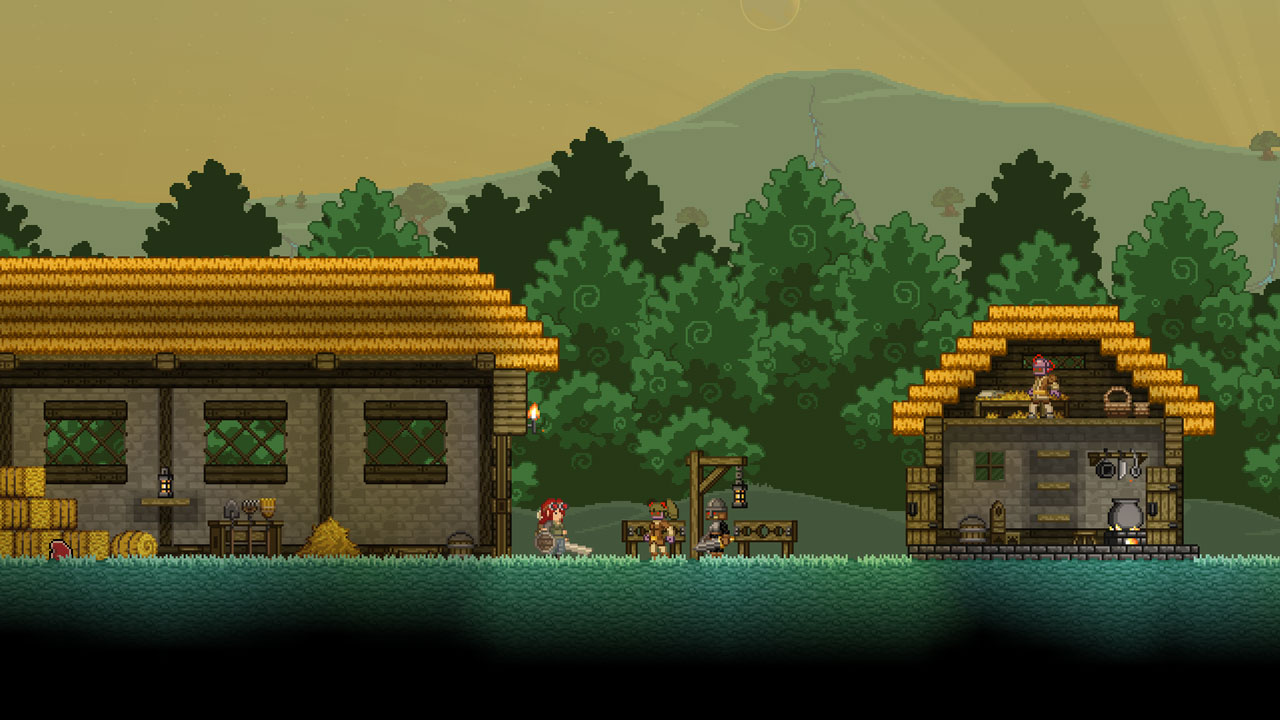 Three years is a pretty long time for a game to be in Early Access, there’s no getting around that, but maybe the game is still fun. After all, Chucklefish, the publisher, was more than happy to assure customers that Starbound “was already pretty fun” and “already extremely playable,” and, for what it’s worth, those first few trial weeks weren’t so bad. The game really was “pretty fun,” but there simply wasn’t enough content to sustain itself. Six hours was more than enough to tackle the majority of content in the early days of the Early Access.

Starbound on Early Access was never meant to be anything more than a small treat for those who pre-ordered the game, but as more time passes, the more time Starbound will have been a beta than a full game when the full game releases.

“This Early Access game is not complete and may or may not change further. If you are not excited to play this game in its current state, then you should wait to see if the game progresses further in development.” – Steam’s Early Access Game “Warning”

It’s the “if” in Steam’s Early Access prompt that worries me the most. What if Starbound never progresses any further? Chucklefish pretty regularly updates their website and keeps fans in the loop with what they’re doing, but in these past three years it’s never really felt like Starbound has gotten any closer to a full release, if anything, it’s started to feel like a more complete Beta over time.

Another worrisome issue with Starbound is its pricing. Right now, for the Beta, it’s $14.99 and Chucklefish states on the store page that “the price will likely change after Early Access.” Typically, after Early Access, the price increases. Given how slowly the development team has been progressing, it feels very unlikely that Starbound will reach a point anytime soon where its content will justify its $15 price tag. It’s very true that you can sink a large amount of time in the game, but that’s only if you can find pleasure in the same menial tasks and basic exploring for dozens of hours.

The biggest problem with Starbound is the precedent it sets on Steam for indie developers; You can sell a blatantly incomplete game with almost none of the content shown in trailers so long as you promise that someday it’ll be added in. The worst part of all that being there’s no guarantee the developer will actually finish. There’s nothing to force them to finish the game once sales start coming in. The only thing at risk is their public image, and what’s that for a quick buck?

I would not go as far as saying I feel scammed by Starbound, I played it and I had a decent amount of fun with it, but I will say I absolutely do feel cheated. I was promised a full game and three years later it doesn’t look like it’ll be releasing any time soon, and at this point I’m not entirely sure I WANT the full game anymore. Time makes the heart grow fonder, but it also makes it grow yonder, and I definitely care less about Starbound now than I ever have.

Four years ago, Doom had nothing to lose and everything to gain. The perception of the series after Doom 3’s mediocre release and the franchise’s subsequent hiatus left few people even looking for another game in the series. However, id … END_OF_DOCUMENT_TOKEN_TO_BE_REPLACED

Recently, I finished Rage 2.  I set out in the game with the hope that it would deliver something reminiscent of the magnificence of Doom while drawing some of the enjoyable open-world aspects of an Avalanche developed game.  I … END_OF_DOCUMENT_TOKEN_TO_BE_REPLACED

PlayStation Now sounded like a pretty exciting service when it was first revealed in 2014. At the very least, it offered … END_OF_DOCUMENT_TOKEN_TO_BE_REPLACED