Istrolid Is A Free Game With Little Value

Istrolid    is one of many free-to-play games that get released on a weekly basis via Steam, but it is already generating buzz in the indie game community as one of those true free-to-play games that indeed could have been a satisfying retail release in another era. It’s one part crafting game that asks you to build a fleet of unique space ships with available parts, and one part real-time strategy title that has you maneuvering said space ships into battle in order to gain resources, capture points and, naturally, defeat those who oppose you.

At the risk of insulting Istrolid, I must say that the game’s best quality is the fact that it is indeed truly free. You will not find a single microtransaction or donation option anywhere as, for the time being, every piece of content that developer treeform made for Istrolid is available to all Steam users at absolutely no cost. While this quality alone does earn Istrolid a moment of applause, the question then becomes whether or not the game’s content is worth investing your time in rather than your money.

It’s here that things aren’t quite so free and clear. As a crafting game that allows you to design spaceships, Istrolid is rather interesting. It’s clearly trying to be a bit obscure in how its mechanics actually work, meaning that even the early parts of the game that just let you design simple spaceships are going to take some time for new players to understand. Commands like “Weapons must be placed on a mount” are made all the more difficult to understand due to the fact that Istrolid doesn’t tell you which piece the mount is, while later builds that present you with hundreds of available pieces require a strict understanding of the underlying systems that govern which ships are deemed to be spaceworthy. 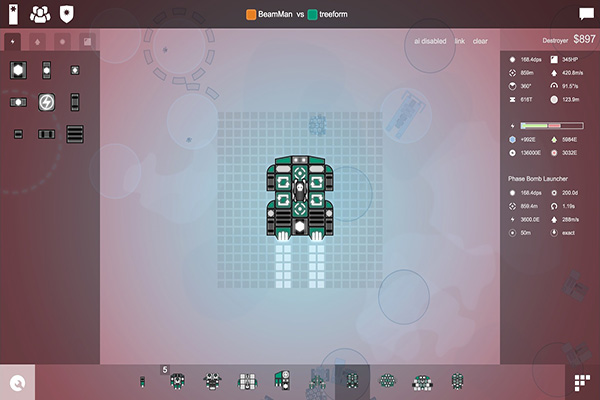 However, if you so happen to enjoy this particularly style of DIY game design, then it’s hard to imagine you won’t fall in love with this element of Istrolid. It successfully captures the simple joy of building within a video game and eventually does offer the most creative minds enough components to build some truly fantastic creations. Best of all, the game does a fantastic job of making sure that component placement does indeed affect the abilities of a ship as much as its visuals, so there really is quite a bit to explore regarding form vs. function.

As for the strategy elements, this is where things go off the rails a bit. At its core, Istrolid is a game about capturing points. These points grant you money which in turn allow you to build more spaceships. Meanwhile, the enemy is trying to capture the same points thereby turning the entire experience is something of an elaborate tug of war match. This is certainly a functional approach to the strategy genre, but it’s not a very exciting one. Whereas the building aspects suggest a game of creative depth, Istrolid’s combat reveals that there is very little actual strategy involved in the experience outside of choosing how to best build your ships. This is especially true in the single-player campaign which takes some time to incorporate elements that make the combat more than just a matter of who has the most ships. Multiplayer is a bit more exciting, if for no other reason that the human element leaves room for additional chaos. 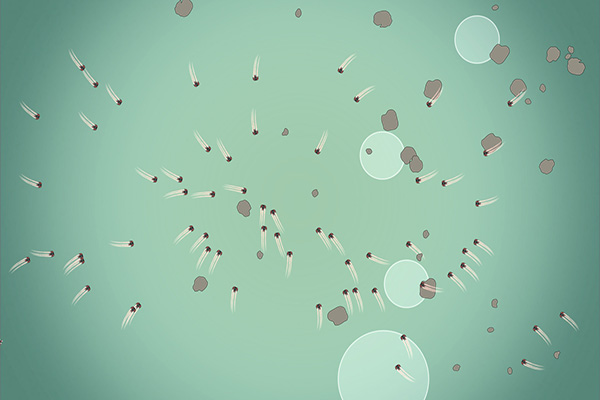 By far the game’s most bizarre problem, though, is its performance. For such a relatively simple game graphics-wise, Istrolid has problems keeping up when things get hectic on-screen. I wouldn’t go so far as to say that the slowdown plagues the game but, even on faster computers, there are too many moments of unnecessary slowdown where the combat just halts to a crawl. Ideally, this could be remedied via a patch, but it’s certainly worth noting that it affects the overall experience as it stands right now.

Truthfully, there is already a game that does what Istrolid is trying to do much better than it can called Reassembly. The biggest difference between the two games – besides the superior graphics and deeper combat that Reassembly boasts – is that Istrolid will cost you $15 less. Whether or not you should download Istrolid over Reassembly, then, really is a matter of whether or not you have the extra cash floating around or not. As a preview of an interesting concept that is indeed truly free, Istrolid is a fun enough way to spend a few minutes here and there. However, it is ultimately little more than a really good browser game that is currently hindered by some strange technical issues.

As the World Cup is nearing the end … END_OF_DOCUMENT_TOKEN_TO_BE_REPLACED

Do so, and you’ll probably find that T END_OF_DOCUMENT_TOKEN_TO_BE_REPLACED

I remember when I played my first Resident Evil. It was a gift and couldn’t wait to get it running in my old PS1. That old Capcom “this game contains scenes of explicit violence and gore” plastered on the … END_OF_DOCUMENT_TOKEN_TO_BE_REPLACED

At the beginning of one mission, you are marked for dead by the organization you work for. Your handler has no idea what happened but informs you that they are coming for … END_OF_DOCUMENT_TOKEN_TO_BE_REPLACED

The history of gaming isn’t that old compared to other artistic and entertainment mediums. Many people have lived through the entirety of video game history, and more people have seen most of it. As such, you’d think that the … END_OF_DOCUMENT_TOKEN_TO_BE_REPLACED

(Updated 4/18/22) Even at a time when it feels like every game is being adapted into a show or movie, the news that Twisted Metal is being turned into a TV series stands out. Why? Well, it probably has … END_OF_DOCUMENT_TOKEN_TO_BE_REPLACED

(Updated 4/15/22) The reveal of the Mortal Kombat movie trailer and news that Street Fighter characters are joining the Fortnite roster has both legendary franchises on the minds of gamers everywhere. So, it’s only natural that fans have also … END_OF_DOCUMENT_TOKEN_TO_BE_REPLACED

Welcome ghouls, beasts, tricksters, and every horrific being known to man. The spooky season is upon us and I figured I would indulge in the festivities in my own way. Thus, I have come up with a satirical take on … END_OF_DOCUMENT_TOKEN_TO_BE_REPLACED

In 2020 it was revealed developer IO Interactive was working on a James Bond game known as Project 007 which, understandably, shook the video game world. Still in production, there’s a possibility that their James Bond game could be the … END_OF_DOCUMENT_TOKEN_TO_BE_REPLACED