The tower defense genre was a dime a dozen even before the rise of mobile games, so in the current climate, it’s even more essential to have a really unique hook to pull people in with. One of the more popular trends to emerge from this need to differentiate your game in a very bloated market is by including more active gameplay elements to spice up this traditionally passive genre. The fairly obscure Unstoppable Gorg is the first example I played of a game that utilized the idea of “rotating lanes” to create a very frantic and stressful tower defense experience. Sleep Attack combines a more simplified version of this concept with a downright adorable art style to craft a worthy entry in the genre.

Sleep Attack has you constructing towers to protect a sleeping three-eyed giant from the onslaught of nightmares…though these have to be the cutest nightmares ever. The cuddly little buggers coming to interrupt your charge’s slumber are a far cry from the usual array of nightmare clichés, resulting in one of the more charming visual aesthetics I’ve seen in a while. The crisp, clean cartoony art and animations are what originally attracted me to the game. 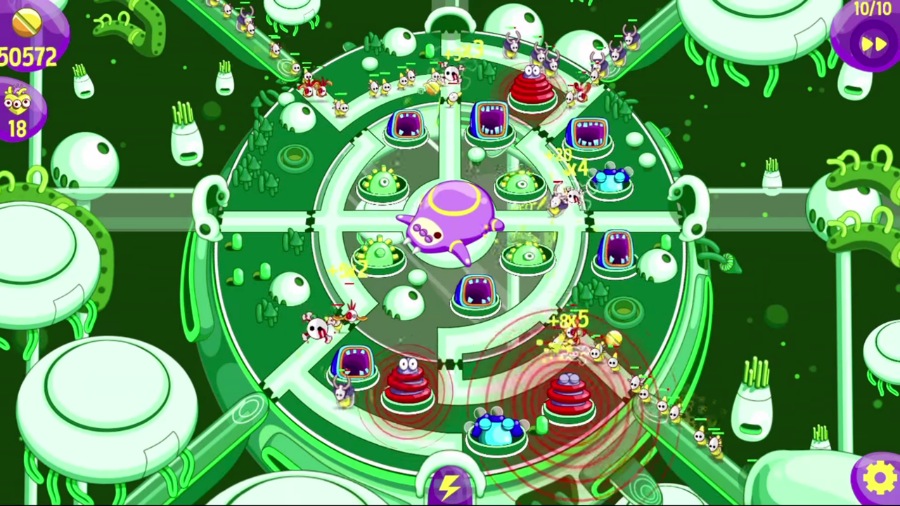 The big gameplay hook of Sleep Attack is that you can, and must, rotate the lanes leading to your sleeping giant to stop waves coming from multiple directions. It works almost exactly like in Unstoppable Gorg, but Sleep Attack‘s levels tend to only have two “layers” to the lanes, which some may view as a good thing because Gorg got really hectic when you were trying to keep up with rotating four or more lanes to adequately defend your base.

That’s not to say that Sleep Attack is easy, mind you. The game’s difficulty ramps up really quickly, perhaps too much so for people used to a less stressful and passive tower defense experience. You’ll start off with a fairly limited number of places to build towers, with more slots being gradually added throughout a level. Tower placement is key, perhaps even more so than in most TDs because you’ll constantly be rotating your lanes to fend off waves coming from different places. Not only must you consider tower placement, but also the fact that rotating your lanes can create many different combinations with varying degrees of length and curves to slow down the enemy waves. The game’s challenge picks up quickly and doesn’t let up, especially if you want to get a perfect three stars on each level. While I’m fine with this challenge, I think some people might be disappointed by the lack of difficulty options to tone things down or make it even more hectic.

In addition to your arsenal of around nine towers, you have access to powerful special attacks for when things get particularly frantic. These range from momentarily freezing enemies to destroying anything on the outer ring. These attacks are consumables that can be purchased at any time with “beans” gained by completing levels. This particular system feels like a vestigial mechanic left over from the mobile version’s obligatory microtransactions. The system could probably use a few tweaks since you can’t buy beans with real money in the PC version; some of the choices feel very “freemium,” like how the powers are consumables that are used up regardless of if you beat the level or not. The game is at least fairly liberal with its distribution of beans though, even if some of the stronger abilities are quite pricy. I imagine that your opinion of this system and the game’s difficulty will ultimately come down to how much you obsess over getting three stars on each level. I don’t, and found the game just challenging enough as is, even if I didn’t get many three stars later on. 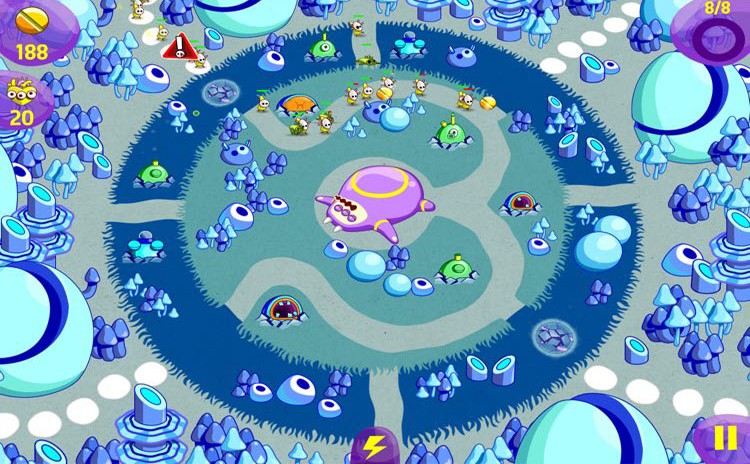 While Sleep Attack may not be the best or most unique TD out there, it has its own charms and quirks that make it worth checking out if you like the genre. The rotating lanes system makes the game a much more active experience than your typical TD, and there are plenty of challenging, colorful levels on offer for a cheap price. You can find Sleep Attack on Steam for $7, though if you are reading this during the current Summer Sale you can nab it for $5.94 instead. It’s also on iOS and Android for $3 with microtransactions.

Do so, and you’ll probably find that T END_OF_DOCUMENT_TOKEN_TO_BE_REPLACED

I remember when I played my first Resident Evil. It was a gift and couldn’t wait to get it running in my old PS1. That old Capcom “this game contains scenes of explicit violence and gore” plastered on the … END_OF_DOCUMENT_TOKEN_TO_BE_REPLACED

At the beginning of one mission, you are marked for dead by the organization you work for. Your handler has no idea what happened but informs you that they are coming for … END_OF_DOCUMENT_TOKEN_TO_BE_REPLACED

The history of gaming isn’t that old compared to other artistic and entertainment mediums. Many people have lived through the entirety of video game history, and more people have seen most of it. As such, you’d think that the … END_OF_DOCUMENT_TOKEN_TO_BE_REPLACED

(Updated 4/18/22) Even at a time when it feels like every game is being adapted into a show or movie, the news that Twisted Metal is being turned into a TV series stands out. Why? Well, it probably has … END_OF_DOCUMENT_TOKEN_TO_BE_REPLACED

(Updated 4/15/22) The reveal of the Mortal Kombat movie trailer and news that Street Fighter characters are joining the Fortnite roster has both legendary franchises on the minds of gamers everywhere. So, it’s only natural that fans have also … END_OF_DOCUMENT_TOKEN_TO_BE_REPLACED

In 2020 it was revealed developer IO Interactive was working on a James Bond game known as Project 007 which, understandably, shook the video game world. Still in production, there’s a possibility that their James Bond game could be the … END_OF_DOCUMENT_TOKEN_TO_BE_REPLACED

The history of gaming isn’t that old compared to other artistic and entertainment mediums. Many people have lived through the entirety of video game history, and more people have seen most of it. As such, you’d think that the … END_OF_DOCUMENT_TOKEN_TO_BE_REPLACED

30+ years on, there’s somehow nothing quite like an NES action game. From the soundtracks to the level design and airtight mechanics, classic NES games like Ninja Gaiden and Mega Man remain some of the absolute best the medium … END_OF_DOCUMENT_TOKEN_TO_BE_REPLACED