‘Stephen’s Sausage Roll’ May Be the Perfect Puzzle Game

It’s rare that a game comes along that makes developers everywhere stand up and applaud, and even rarer that said game happens to be based around cooking sausages. Yes, that is exactly what we have in Stephen’s Sausage Roll.

At first glance, there is nothing about Stephen’s Sausage Roll that seems that impressive. Graphically speaking the game’s dated visuals harken back to around the PlayStation era, and its basic premise of a man rolling sausages around obstacles so that they may be properly grilled certainly doesn’t sound that thrilling either.

In fact, it’s almost impossible to find anything interesting about Stephen’s Sausage Roll until you actually play the game.

That’s when you realize this is perhaps one of the most clever games ever made. Stephen’s Sausage Roll is one damn tough puzzle game. The seemingly simple task of rolling sausages onto a grill is made nigh impossible by the game’s clever level design which makes moving them around as awkward as humanly possible. 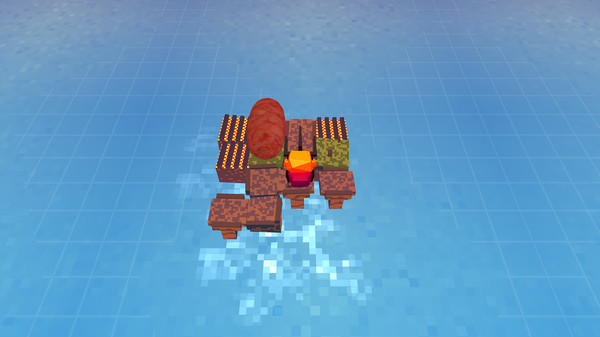 What makes the game’s difficulty all the more memorable is the way that the game refuses to explain anything to you. It’s very much like Dark Souls in that regard, as the only way to really understand what is possible is through failing over and over again until you gain an understanding of what you are and are not allowed to do. Just when you think you understand what you’re doing in this game, it throws you a curveball that completely changes what has come before.

From a level design perspective, this may just be the perfect puzzle game. The levels in Stephen’s Sausage Roll are not only designed to test you to your very limits but even manage to create a cohesive in-game world by flowing into one another. Without getting into spoilers, there are some very clever things done with this concept during the later levels.

Stephen’s Sausage Roll is such an incredible accomplishment in game design that its greatest enemy is actually itself. Those that give it a shot will likely be deterred by just how unforgiving this game is, but it’s likely that many will never even give this game as hot as its marketing is virtually non-existent (the game’s Steam page doesn’t even have a full description) and the asking price of $30 is well above what you would expect for an indie game of this type. 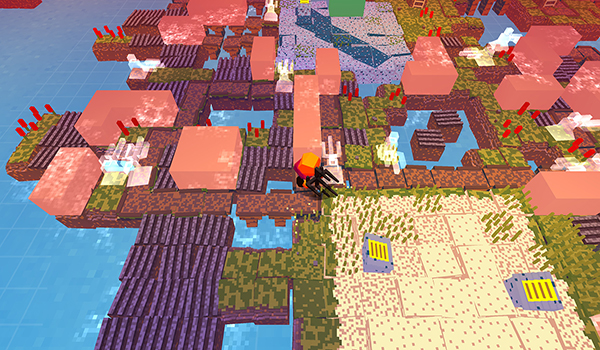 In many ways, this game seems determined to ward away as many players as possible and perhaps that’s for the best. Stephen’s Sausage Roll’s brilliance is perhaps best reserved for the most hardcore puzzle aficionados and fellow game designers that will best be able to appreciate the work that went into it.

That being said, if this game ever does drop closer to the $10 price range, then I’d recommend it to everyone simply as a tribute to what designer Stephen Lavelle has accomplished here.

As the World Cup is nearing the end … END_OF_DOCUMENT_TOKEN_TO_BE_REPLACED

Do so, and you’ll probably find that T END_OF_DOCUMENT_TOKEN_TO_BE_REPLACED

I remember when I played my first Resident Evil. It was a gift and couldn’t wait to get it running in my old PS1. That old Capcom “this game contains scenes of explicit violence and gore” plastered on the … END_OF_DOCUMENT_TOKEN_TO_BE_REPLACED

At the beginning of one mission, you are marked for dead by the organization you work for. Your handler has no idea what happened but informs you that they are coming for … END_OF_DOCUMENT_TOKEN_TO_BE_REPLACED

The history of gaming isn’t that old compared to other artistic and entertainment mediums. Many people have lived through the entirety of video game history, and more people have seen most of it. As such, you’d think that the … END_OF_DOCUMENT_TOKEN_TO_BE_REPLACED

(Updated 4/18/22) Even at a time when it feels like every game is being adapted into a show or movie, the news that Twisted Metal is being turned into a TV series stands out. Why? Well, it probably has … END_OF_DOCUMENT_TOKEN_TO_BE_REPLACED

(Updated 4/15/22) The reveal of the Mortal Kombat movie trailer and news that Street Fighter characters are joining the Fortnite roster has both legendary franchises on the minds of gamers everywhere. So, it’s only natural that fans have also … END_OF_DOCUMENT_TOKEN_TO_BE_REPLACED

Welcome ghouls, beasts, tricksters, and every horrific being known to man. The spooky season is upon us and I figured I would indulge in the festivities in my own way. Thus, I have come up with a satirical take on … END_OF_DOCUMENT_TOKEN_TO_BE_REPLACED

In 2020 it was revealed developer IO Interactive was working on a James Bond game known as Project 007 which, understandably, shook the video game world. Still in production, there’s a possibility that their James Bond game could be the … END_OF_DOCUMENT_TOKEN_TO_BE_REPLACED