YouTubers Life Is A Niche Game, But A Shockingly Good One

To what degree does a game’s subject matter impact your enjoyment of it?

Such is the dilemma that YouTubers Life presents.

YouTubers Life is a game all about simulating the existence of a YouTube star. Your created character starts with little more than a computer and webcam to their name, and you must find a way to turn this humble set-up into the foundations of an internet empire. 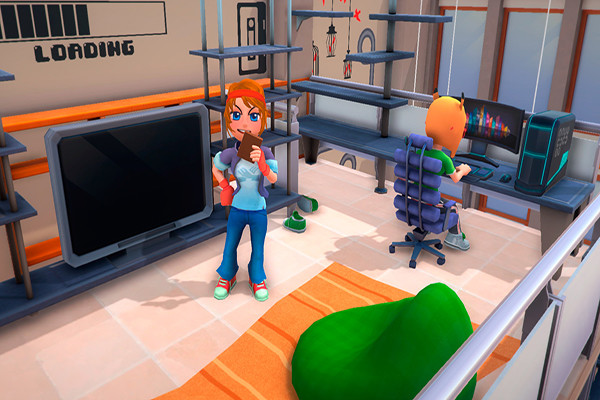 My initial concern with this title was that it would attempt to cash-in on the very popular concept of becoming a YouTube hit and present a simplistic mobile-type clicker game that had many acquiring various resources instead of actually doing anything of merit. In a way, I’m glad I went in with these lowered expectations because the Early Access build of YouTubers Life is actually one of my favorite simulators in recent memory.

So far as broad character aspects such as managing your home, social life and basic needs goes, you’re going to find that YouTubers Life does not differ much from the formula set by The Sims years ago. Anyone who has spent any time with that series will feel right at home with the way that this game handles basic interactions and navigation, though the biggest Sims fans will be slightly disheartened to learn that YouTubers Life takes a simplified approach to the basic concept. So far as elements like character and world customization go, you will not find nearly as many options as you will in even the early Sims title.

To a degree, this is to be expected, but it is a bit of a shame that your options in creating a character that is ultimately going to be the center of your media world are so limited. It’s very much worth stating again that the game is in Early Access and that new options could always be added, but the problem here is more of a fundamental design issue in the character creation than it is a lack of item options. 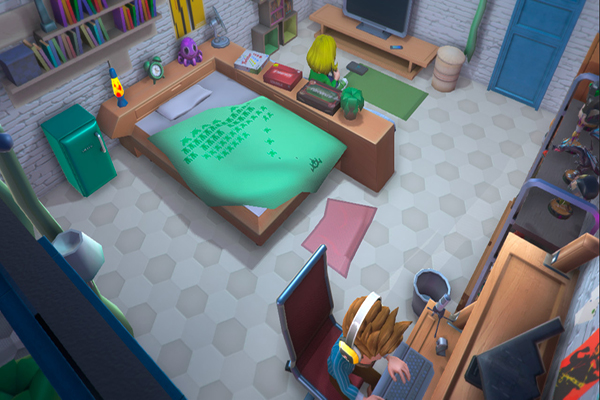 What YouTubers Life does well, however, are the elements related to actually building a successful YouTube channel. While this process includes the kind of steps you would expect in such a process such as selecting the type of content you’re going to put out, updating your equipment to improve your presentation value and staying on top of the hottest content trends, it also goes into aspects of the profession I wasn’t necessarily expecting such as the need to edit your videos through a simplified editing program.

By far the most surprising element of the game, however, was the way it emphasizes socializing. This world can sometimes be all about who you know and how you present yourself, and YouTubers Life does a tremendous job of emphasizing how important getting yourself out there and meeting as many people as possible really is. It also goes so far as to emphasize the importance of maintaining your own social needs along with juggling an insane amount of work hours.

This personality element is what makes YouTubers Life so special. Generating compelling content in this game is easy enough once you learn the mechanics, but the need to remain relevant and contents is a consistently compelling motivating factor. This is especially true of industry specific elements such as dealing with online trolls and rival channels.

That aspect does bring us back to the original point of whether or not you are entertained by the very concept of becoming a YouTuber. If the answer is “No” then I don’t believe that YouTubers Life does enough as a Tycoon/Simulator game to really expand its appeal beyond the appeal of the concept material. There’s always room for improvement there as the game develops, but it doesn’t appear that the game is trying to be as deep as some of the most popular games in this genre.

If, however, this concept does appeal to you, then you’ll find YouTubers Life to be a surprisingly clever take on its subject matter that is worth downloading even in its early state.

Released in 2002 just two months before the debut of the beloved Grand Theft Auto: Vice City, it was, perhaps, inevitable that the two games would be compared. … END_OF_DOCUMENT_TOKEN_TO_BE_REPLACED

While the delay of Halo Infinite upset many franchise fans looking to dive into the series latest installment before 2021, the recent addition of Halo 3 ODST to Game Pass gives us a reason to dive a little deeper … END_OF_DOCUMENT_TOKEN_TO_BE_REPLACED

Four years ago, Doom had nothing to lose and everything to gain. The perception of the series after Doom 3’s mediocre release and the franchise’s subsequent hiatus left few people even looking for another game in the series. However, id … END_OF_DOCUMENT_TOKEN_TO_BE_REPLACED

Recently, I finished Rage 2.  I set out in the game with the hope that it would deliver something reminiscent of the magnificence of Doom while drawing some of the enjoyable open-world aspects of an Avalanche developed game.  I … END_OF_DOCUMENT_TOKEN_TO_BE_REPLACED

PlayStation Now sounded like a pretty exciting service when it was first revealed in 2014. At the very least, it offered … END_OF_DOCUMENT_TOKEN_TO_BE_REPLACED

Now that we’re (probably) on our way to actually seeing the long-awaited Cyberpunk 2077 release, it’s probably a good time to get yourself primed for the experience.  Cyberpunk games span many genres and have been popular for many … END_OF_DOCUMENT_TOKEN_TO_BE_REPLACED 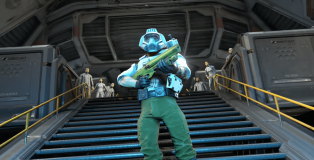 Recently in a podcast with ACG, an impromptu poll was taken as to whether FOMO (Fear Of Missing Out) was something you felt in gaming. It was something I hadn’t outright considered before. When I took a beat to … END_OF_DOCUMENT_TOKEN_TO_BE_REPLACED 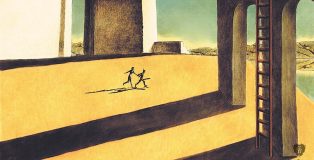 We haven’t yet had the pleasure of sitting down with the full version of Bluepoint Games’ Demon’s Souls remake, but barring something entirely unforeseen, it should be another hit for the studio that already successfully remade Shadow of the … END_OF_DOCUMENT_TOKEN_TO_BE_REPLACED 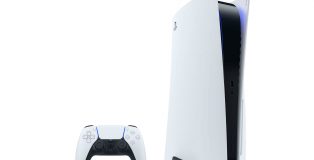 The ongoing PS5 shortages have left many without a next-gen console in time for the holidays and many more people with the question “What happened?”

It’s a valid question that has led to a significant amount of finger-pointing. There … END_OF_DOCUMENT_TOKEN_TO_BE_REPLACED

The recent reveal that developer IO Interactive is working on a James Bond game currently known as Project 007 has understandably shaken the video game world. There’s a distinct possibility that their James Bond game could be the best … END_OF_DOCUMENT_TOKEN_TO_BE_REPLACED

Now that we’re (probably) on our way to actually seeing the long-awaited Cyberpunk 2077 release, it’s probably a good time to get yourself primed for the experience.  Cyberpunk games span many genres and have been popular for many … END_OF_DOCUMENT_TOKEN_TO_BE_REPLACED