The Calm Before the Storm: Part 1 of 4 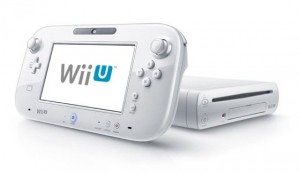 Currently it has been six years since the launch of the current generation of video game consoles. Nintendo is the only company to have officially announced their new system, dubbed Wii U.   Gamers are beginning to wonder when the other companies will announce competition for the console market. The previous console generation lasted roughly five years, which has caused this lingering life cycle to evolve current systems in ways few could have imagined.

It is clear that the 2013 Electronic Entertainment Expo (E3) will reveal the next generation for both Nintendo competitors; Sony and Microsoft. But for the time being, the general public remains unsure of the next move for these industry giants. It is unknown what these companies will focus on or how these choices will retroactively shape the next half decade of gaming.  In order to grasp the significance of what will be revealed it is important to reflect on the past by examining what makes the current generation special. By focusing on the promise that these consoles once held instead of analyzing the erosion of this marketplace, an optimistic forecast can be created and a new hope attained.

Perhaps this generation will best be known as the generation of iteration. This generation wasn’t the first to implement high definition graphics, online play, or having a built-in operating system. Instead, this generation (which is widely regarded as the seventh generation for home consoles) refined these areas. Nearly every year both PlayStation 3 and XBOX 360 have made changes; whether through adding trophies, new ways of controlling the system or a complete overhaul of the user interface, each update has fundamentally changed how the player interacts with their system. These past few years proved that the player’s experience did not deteriorate even though the plastic below their TV did.

All modern systems are developed from the ground-up to support online capability, and this infrastructure is looming over every game. Online multiplayer is no longer a bonus but an expectation, and nearly every game allocates resources to bolster the online multiplayer experience over the single player experience. The outcome of many games was a lackluster multiplayer experience, and a bad fit for the game itself that detracted from the overall enjoyment for the game. For example Dead Space 2, which had a Metacritic.com rating of 90% for XBOX 360, had one consistent complaint from players and critics alike was that the multiplayer felt tacked-on and pointless. The result was that servers were virtually empty just weeks after initial release.

It is irrefutable that this generation led to a growth in game development, though. Not only in adding fresh content, such as expanding on new gameplay modes, but in adding new buzzwords such as “dynamic combat” and “co-op only missions.” There is also a new expectation that all games should run fluidly at 720P. This caused a rapid rise in cost. It became clear that only games that were successful in implementing these expectations would see profit.

With greater risk brought the end of “B Grade” games. “B Grade” games are referring to games with lower budgets than triple A releases and often have a stigma of a lower quality product. The lower budget of these titles allowed the developers to take risks that a triple A game wouldn’t.  This led to the creation of many quirky franchises that are still around to this day, such as Katamari Damacy. However, as costs of development were raised, the gamble became too much for many companies which was one reason that led to the death of “B Grade” games.

The death of “B Grade” games can also be attributed to the rise of digitally distributed games. The continuation of this article will explore how independent (indie) games have begun to reshape the game industry, and what unlikely system proved to be the key to introducing the masses to the indie movement.

(Updated 4/18/22) Even at a time when it feels like every game is being adapted into a show or movie, the news that Twisted Metal is being turned into a TV series stands out. Why? Well, it probably has … END_OF_DOCUMENT_TOKEN_TO_BE_REPLACED

(Updated 4/15/22) The reveal of the Mortal Kombat movie trailer and news that Street Fighter characters are joining the Fortnite roster has both legendary franchises on the minds of gamers everywhere. So, it’s only natural that fans have also … END_OF_DOCUMENT_TOKEN_TO_BE_REPLACED

Do so, and you’ll probably find that T END_OF_DOCUMENT_TOKEN_TO_BE_REPLACED

Do so, and you’ll probably find that T END_OF_DOCUMENT_TOKEN_TO_BE_REPLACED

I remember when I played my first Resident Evil. It was a gift and couldn’t wait to get it running in my old PS1. That old Capcom “this game contains scenes of explicit violence and gore” plastered on the … END_OF_DOCUMENT_TOKEN_TO_BE_REPLACED

At the beginning of one mission, you are marked for dead by the organization you work for. Your handler has no idea what happened but informs you that they are coming for … END_OF_DOCUMENT_TOKEN_TO_BE_REPLACED

(Updated 4/18/22) Even at a time when it feels like every game is being adapted into a show or movie, the news that Twisted Metal is being turned into a TV series stands out. Why? Well, it probably has … END_OF_DOCUMENT_TOKEN_TO_BE_REPLACED

(Updated 4/15/22) The reveal of the Mortal Kombat movie trailer and news that Street Fighter characters are joining the Fortnite roster has both legendary franchises on the minds of gamers everywhere. So, it’s only natural that fans have also … END_OF_DOCUMENT_TOKEN_TO_BE_REPLACED

The Legend of Zelda: Breath of the Wild’s critical acclaim is often met with the counter of being “overrated” by some players. There are usually numerous reasons for this – both notable and ridiculous – but one of the … END_OF_DOCUMENT_TOKEN_TO_BE_REPLACED

While Super Smash Brothers for the Wii U and 3DS has been out for just over a year and the recent announcement of Cloud joining the roster garnering a massive amount of hype, many fans of the fighting game … END_OF_DOCUMENT_TOKEN_TO_BE_REPLACED

I’ll admit that I’ve never been a fan of visual novels. I have nothing against them; it just isn’t a genre I’m interested in. That said, MangaGamer’s announcement a while back that their upcoming Steam release of Kindred Spirits … END_OF_DOCUMENT_TOKEN_TO_BE_REPLACED

Black Shell Media is a multimedia marketing and PR studio specializing in distribution and publishing of indie games! We do a lot of marketing and work with websites, … END_OF_DOCUMENT_TOKEN_TO_BE_REPLACED