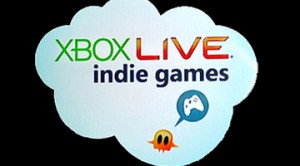 XBOX Live Indie Games (XBLIG) launched in January 2012 and many believed it would usher in a golden age for independent development as it was the first time since Sony’s Net Yaroze (which launched in 1997) to allow garage developers to publish directly to a video game console. The only requirement to joining this marketplace was knowledge of XNA and an annual licensing fee of $100.00. What made this prospect even more enticing for developers was that there would be a dedicated area for their indie games to be showcased. This area is titled the Indie Channel and is available to be viewed by the entire XBOX Live audience.

But ultimately this experiment failed as the Indie Channel was quickly flooded with low quality games; clones, barely functional prototypes and numerous games that transformed the controller into a vibrator.  These games turned the XBOX Live audience away from exploring the games XBLIG had to offer. Each iteration of Microsoft’s Dashboard led the Indie Channel to being pushed further into the background. When the Indie Channel was launched navigating to the channel was only three screens from the home screen, and each following update made it more difficult to find, even if you knew what you were looking for. Currently the Indie Channel is buried, and it appears Microsoft is attempting for this experiment to be forgotten. 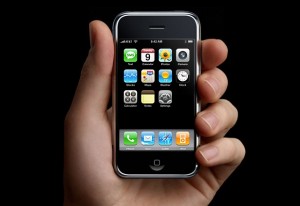 In reality, the true rise of indie games came well before XBLIG and its Indie Channel, and it came from unexpected source. Apple, which previously was known for having poor video game support in comparison to PC, launched the iPhone on January 9th, 2007. At the time it was the most powerful phone in the western market and the user interface was specifically built as a mobile device, as opposed to being built as a mobile computer. This platform had many features that enhanced the mobile market, and on March 6, 2008 Apple released the Software Development Kit that would allow anyone to develop for Apple’s iOS platform.

Unlike XBLIG, there was no separation between apps or games made by independent developers and larger studio development teams. Both parties were thrown into the same stew and had to fend for themselves based on merit and not on advertisement budget. While this eventually changed when the market became oversaturated, this even playing field still gave Indies a good few years to take off.

Scope is an aspect that played heavily into the difference of these two markets. Making a profitable small-scope game for XBLIG is infinitely more difficult than an iPhone game because XBLIG developers are fighting against the player’s expectation based from other games in their respective marketplace. When a player sits down in front of a home game system, the expectation is to have a very different experience than when they boot a quick app on their phone. The game on their phone is allowed to be a distraction, while the game on their system is supposed to be an event.

The iPhone also had the advantage of providing a new control scheme of a multi-touch display without any usable physical buttons. This allowed new game design concepts to shine over stagnant ideas. Iteration is costly, but innovation is risky. It’s one of the reasons why mainstream games’ budgets have grown to be so massive.

Small development teams don’t have the ability to iterate as well as larger companies with bigger bank accounts, but even small teams can efficiently innovate. This injection of creativity fundamentally changed the market. Hoards of new gamers began to invest their time and money in games that were inventing new genres and different gameplay. Some well-known examples are “Doodle Jump,” “Canabalt” and “Cut the Rope.” (Though not all of these games released on the iOS platform first, these games sold the most units in that marketplace.) Once the iOS market became oversaturated, clever Indies moved onto another market – the PC.

Indies filled the gap of “B Grade” games over the past few years, but while indie games soared high, the PlayStation 3, Wii and XBOX 360 went through some drastic growing pains. The continuation of this article will explore the PlayStation Network hack, poor third party software sales for Wii and how Microsoft’s Dashboard priority shifted from video games to media consumption.

(Updated 4/18/22) Even at a time when it feels like every game is being adapted into a show or movie, the news that Twisted Metal is being turned into a TV series stands out. Why? Well, it probably has … END_OF_DOCUMENT_TOKEN_TO_BE_REPLACED

(Updated 4/15/22) The reveal of the Mortal Kombat movie trailer and news that Street Fighter characters are joining the Fortnite roster has both legendary franchises on the minds of gamers everywhere. So, it’s only natural that fans have also … END_OF_DOCUMENT_TOKEN_TO_BE_REPLACED

Do so, and you’ll probably find that T END_OF_DOCUMENT_TOKEN_TO_BE_REPLACED

Do so, and you’ll probably find that T END_OF_DOCUMENT_TOKEN_TO_BE_REPLACED

I remember when I played my first Resident Evil. It was a gift and couldn’t wait to get it running in my old PS1. That old Capcom “this game contains scenes of explicit violence and gore” plastered on the … END_OF_DOCUMENT_TOKEN_TO_BE_REPLACED

At the beginning of one mission, you are marked for dead by the organization you work for. Your handler has no idea what happened but informs you that they are coming for … END_OF_DOCUMENT_TOKEN_TO_BE_REPLACED

(Updated 4/18/22) Even at a time when it feels like every game is being adapted into a show or movie, the news that Twisted Metal is being turned into a TV series stands out. Why? Well, it probably has … END_OF_DOCUMENT_TOKEN_TO_BE_REPLACED

(Updated 4/15/22) The reveal of the Mortal Kombat movie trailer and news that Street Fighter characters are joining the Fortnite roster has both legendary franchises on the minds of gamers everywhere. So, it’s only natural that fans have also … END_OF_DOCUMENT_TOKEN_TO_BE_REPLACED

The Legend of Zelda: Breath of the Wild’s critical acclaim is often met with the counter of being “overrated” by some players. There are usually numerous reasons for this – both notable and ridiculous – but one of the … END_OF_DOCUMENT_TOKEN_TO_BE_REPLACED

While Super Smash Brothers for the Wii U and 3DS has been out for just over a year and the recent announcement of Cloud joining the roster garnering a massive amount of hype, many fans of the fighting game … END_OF_DOCUMENT_TOKEN_TO_BE_REPLACED

I’ll admit that I’ve never been a fan of visual novels. I have nothing against them; it just isn’t a genre I’m interested in. That said, MangaGamer’s announcement a while back that their upcoming Steam release of Kindred Spirits … END_OF_DOCUMENT_TOKEN_TO_BE_REPLACED

Black Shell Media is a multimedia marketing and PR studio specializing in distribution and publishing of indie games! We do a lot of marketing and work with websites, … END_OF_DOCUMENT_TOKEN_TO_BE_REPLACED