The Importance of Tutorials in Games 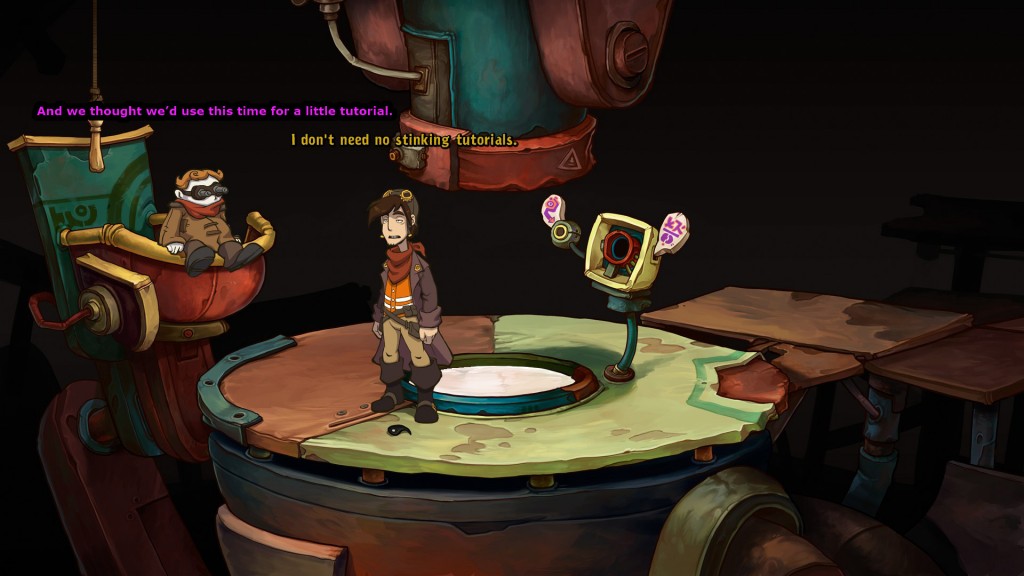 I believe that a lot of people take tutorials for granted. Sure they can be a bit annoying if you’ve been playing every single game in that series but the game is never really the same as it was before. Changes are made and things get optimized for the new generation. They are also there for those people who have never touched a game like that before in their life, so the real importance of tutorials is teaching the player the skills necessary to complete the challenges ahead.

Now there are a few approaches to implementing the tutorial. The worst would probably have to be in the user’s manual. In the past these were helpful in learning the basics of how to play, but they’re less relevant today. With more games releasing as digital downloads and other console games not even including a game manual they really have to resort to teaching the player in-game. And for the record most games still have a user’s manual, just in the form of PDF documents that nobody really reads anyway.

The next option would be having a training ground of sorts where you can practice the game’s mechanics in a safe environment. A good example of this would be Call of Duty’s training ground where you shoot at cardboard cutouts of enemies and run through an obstacle course. The game takes that a bit further by tracking your progress and suggesting a difficulty setting that would best suit your skills. These training grounds are usually marked outside of the game’s main storyline and won’t directly reflect the rest of the game.

The third, and probably best, option is to teach the player the skills necessary while they are playing through the game itself. It’s not necessary to explain everything in the first 20 minutes, but to introduce the player each element one at a time. A prime example would be the God of War series. Within the first 20 minutes you learn the basics of combat, puzzle solving and at the end you’ve taken down a frickin’ hydra! God of War executes this perfectly by introducing elements to the player one at a time, while also progressing through the storyline; and the training doesn’t stop at the end of the first mission.  With each new weapon or upgrade you are given a group of enemies to test it on so you have a full understanding of its combat capabilities. Having a tutorial tie in with the main storyline makes it feel less like a tutorial and is overall more enjoyable.

Another option is to use loading screens to your advantage. We’ve probably seen this more in recent games, but they are still important. If the player is going to have to wait for a level to load you might as well take advantage of that time and give the player some useful tips and information.

If a tutorial is done right, you hardly notice it or are otherwise thankful for the explanation of the game mechanics. It’s when a tutorial falls flat that you notice that you don’t know what you’re doing or have a clue as to how to complete a task. Recently during the Steam sale, I’ve tried out a few new games that I might not have tried before; one of them was Anno 2070. As much as I love the game for its visual graphics, sound and gameplay, the training aspect fell a little short. I thought that the game would teach me all the necessary aspects of the game throughout the campaign, especially since I haven’t played a city building/strategy game in a while. For a time it was good as I followed the directions to build a city and help out others in trouble. There were objectives that required you to build specific buildings, such as an iron-ore excavator. However the iron-ore excavator is a sub category of ‘building modules’ which is used to make your houses; So in order to assemble the ‘building modules’, you first have to search for the finished product and then it lists what is needed to make it. It would have also been helpful if the game told you what the final product was in the first place.

Another grievance would be a mission in which you start off losing money. It doesn’t become a problem until the third part of the mission where, unless you’ve solved your money loss issues, you’ve lost pretty much all of your money. I even searched through the forums to find a solution as to why it was happening and it came in the form of a sub-quest giver who buys tainted fish from you for money (which would balance your budget but not put you in the positive). That’s when I realized that the tutorials had failed me. They did not create the foundation that was necessary to build from the ground up. After some time getting used to the game and watching lots of videos online, I now feel confident in understanding how the game plays, but I earned that knowledge through trial and error and help from outside sources rather than from the game’s own tutorial.

So I hope that the next time when you start up a brand new game and it sends you through a tutorial for 20 minutes that you won’t grumble as much, as some players are experiencing that game for the first time. So let us ask you, what games do you think had the best/worst tutorial levels? How would you make tutorials more enjoyable for the players?

(Updated 4/18/22) Even at a time when it feels like every game is being adapted into a show or movie, the news that Twisted Metal is being turned into a TV series stands out. Why? Well, it probably has … END_OF_DOCUMENT_TOKEN_TO_BE_REPLACED

(Updated 4/15/22) The reveal of the Mortal Kombat movie trailer and news that Street Fighter characters are joining the Fortnite roster has both legendary franchises on the minds of gamers everywhere. So, it’s only natural that fans have also … END_OF_DOCUMENT_TOKEN_TO_BE_REPLACED

Do so, and you’ll probably find that T END_OF_DOCUMENT_TOKEN_TO_BE_REPLACED

Do so, and you’ll probably find that T END_OF_DOCUMENT_TOKEN_TO_BE_REPLACED

I remember when I played my first Resident Evil. It was a gift and couldn’t wait to get it running in my old PS1. That old Capcom “this game contains scenes of explicit violence and gore” plastered on the … END_OF_DOCUMENT_TOKEN_TO_BE_REPLACED

At the beginning of one mission, you are marked for dead by the organization you work for. Your handler has no idea what happened but informs you that they are coming for … END_OF_DOCUMENT_TOKEN_TO_BE_REPLACED

(Updated 4/18/22) Even at a time when it feels like every game is being adapted into a show or movie, the news that Twisted Metal is being turned into a TV series stands out. Why? Well, it probably has … END_OF_DOCUMENT_TOKEN_TO_BE_REPLACED

(Updated 4/15/22) The reveal of the Mortal Kombat movie trailer and news that Street Fighter characters are joining the Fortnite roster has both legendary franchises on the minds of gamers everywhere. So, it’s only natural that fans have also … END_OF_DOCUMENT_TOKEN_TO_BE_REPLACED

The Legend of Zelda: Breath of the Wild’s critical acclaim is often met with the counter of being “overrated” by some players. There are usually numerous reasons for this – both notable and ridiculous – but one of the … END_OF_DOCUMENT_TOKEN_TO_BE_REPLACED

While Super Smash Brothers for the Wii U and 3DS has been out for just over a year and the recent announcement of Cloud joining the roster garnering a massive amount of hype, many fans of the fighting game … END_OF_DOCUMENT_TOKEN_TO_BE_REPLACED

I’ll admit that I’ve never been a fan of visual novels. I have nothing against them; it just isn’t a genre I’m interested in. That said, MangaGamer’s announcement a while back that their upcoming Steam release of Kindred Spirits … END_OF_DOCUMENT_TOKEN_TO_BE_REPLACED

Black Shell Media is a multimedia marketing and PR studio specializing in distribution and publishing of indie games! We do a lot of marketing and work with websites, … END_OF_DOCUMENT_TOKEN_TO_BE_REPLACED