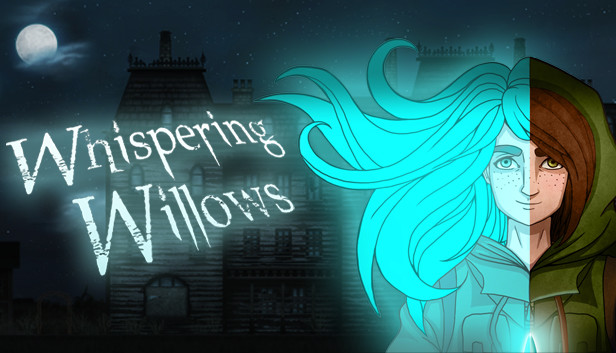 The Los Angeles based game studio Night Light Interactive hopes to put more of an anxious and unexpected spin on the horror genre with their release of Whispering Willows to the OUYA and Steam markets this year. Players take control of a young girl named Elena as she searches the grounds of the decrepit Willows mansion and solves puzzles in search of her missing father, the mansions groundskeeper.

After a successful Kickstarter campaign for Whispering Willows, Night Light Interactive continued to develop the game with the hopes of creating an indie horror experience played out through atmosphere and narrative. Lead Writer and Narrative Designer Kyle Holmquist explains where the horror elements of the game are rooted, “Whispering Willows isn’t your normal horror game in the respect of scary elements. We use very little of that – some scary moments do occur, but that’s not what we wanted to make the player feel. Instead, we wanted this uneasy feeling for our players.”

Much of the game’s narrative also relates to the tragedies inflicted upon the Native Americans and in the case of Whispering Willows the player will better understand the scars those events caused but on a spiritual plane. “As we all know, the winner writes the history books. With that in mind, we wanted to ensure we were providing a more accurate description of the atrocities that occurred in that era,” explains Holmquist.

Night Light Interactive also hopes that a more gritty and painted artistic style of Whispering Willows will lend itself to the tension of the Willows mansion and its grounds. Art Director Mike Shanks explains, “Oddly enough, we were quite inspired by A Boy and His Blob (Wii, 2009). We really enjoyed its painterly feel and thought we could adapt it into our game. We obviously didn’t stick too closely to it, opting for more grungy textures, realistic proportions, and a darker tone.”

Creator and Founder of Night Light Interactive David Logan also describes what he hopes players will take away from their experiences with Whispering Willows. “We want to try to parallel that feeling of satisfaction you get after reading a great book, or seeing a great film,” says Logan, and added, “Games offer a very unique way to tell a story, and present exciting opportunities that can push storytelling even further.”

The idea of a more unsettling horror genre over the more traditional scream and scare direction along with a realistic presentation of historical events is a promising, if not lofty goal, but one that Night Light Interactive seems ready to take on.

The science-fiction horror game, originally released in 2008, was a massive success that influenced an entire generation of games within space/horror genre. Despite the … END_OF_DOCUMENT_TOKEN_TO_BE_REPLACED

After months of speculation regarding the release of an upgraded Switch system, Nintendo finally revealed its latest gaming system — the Nintendo Switch OLED Model. The new Switch will release on October 8, costs $349.99, and offers a long list … END_OF_DOCUMENT_TOKEN_TO_BE_REPLACED

The Legend of Zelda: Breath of the Wild’s critical acclaim is often met with the counter of being “overrated” by some players. There are usually numerous reasons for this – both notable and ridiculous – but one of the … END_OF_DOCUMENT_TOKEN_TO_BE_REPLACED

I remember when I played my first Resident Evil. It was a gift and couldn’t wait to get it running in my old PS1. That old Capcom “this game contains scenes of explicit violence and gore” plastered on the … END_OF_DOCUMENT_TOKEN_TO_BE_REPLACED

At the beginning of one mission, you are marked for dead by the organization you work for. Your handler has no idea what happened but informs you that they are coming for … END_OF_DOCUMENT_TOKEN_TO_BE_REPLACED

If you were to bet me $20 that Amazon would be making an MMORPG at some point, I would still find some reason to not give it to you. Amazon games announced 3 new PC games to try to … END_OF_DOCUMENT_TOKEN_TO_BE_REPLACED

The Legend of Zelda: Breath of the Wild’s critical acclaim is often met with the counter of being “overrated” by some players. There are usually numerous reasons for this – both notable and ridiculous – but one of the … END_OF_DOCUMENT_TOKEN_TO_BE_REPLACED

I don’t play a lot of Apex Legends anymore. I enjoyed the game for a while, but there aren’t many games I’ve stayed with consistently over the long haul since the lost years of World of Warcraft. These days there … END_OF_DOCUMENT_TOKEN_TO_BE_REPLACED

Diehard fans of Call of Duty’s groundbreakingly successful battle royale – Warzone – have been eagerly anticipating the release of a new map for months now. … END_OF_DOCUMENT_TOKEN_TO_BE_REPLACED

While Super Smash Brothers for the Wii U and 3DS has been out for just over a year and the recent announcement of Cloud joining the roster garnering a massive amount of hype, many fans of the fighting game … END_OF_DOCUMENT_TOKEN_TO_BE_REPLACED

I’ll admit that I’ve never been a fan of visual novels. I have nothing against them; it just isn’t a genre I’m interested in. That said, MangaGamer’s announcement a while back that their upcoming Steam release of Kindred Spirits … END_OF_DOCUMENT_TOKEN_TO_BE_REPLACED

Black Shell Media is a multimedia marketing and PR studio specializing in distribution and publishing of indie games! We do a lot of marketing and work with websites, … END_OF_DOCUMENT_TOKEN_TO_BE_REPLACED

Wondering if you can run Halo Infinite on your laptop or desktop? Sure, why not? Halo Infinite has launched in open beta mode (Nov. 16, 2021) and will officially release on Dec. 8, 2021. The game is the sixth in … END_OF_DOCUMENT_TOKEN_TO_BE_REPLACED