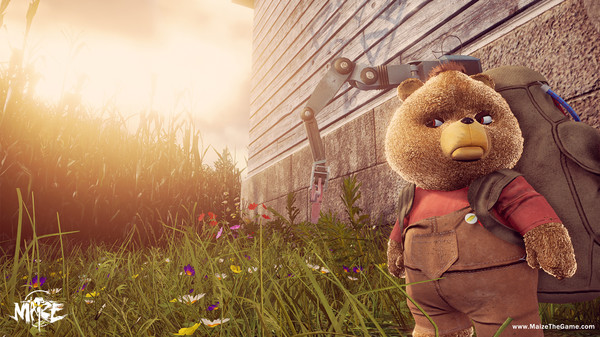 We might be in the final weeks of 2016, but that has done little to stem the tide of new indie games being released on Steam and GOG.

First we have The Dwarves, a tactical RPG that was Kickstarted some time back. Based on the fantasy novel of the same name, The Dwarves features 15 playable heroes total, each with their own set of skills and abilities. The most notable feature that sets the game apart from other tactical RPGs are the massive battles that put your small band of dwarves against hordes of orcs and monsters. Physics play a big part in combat too, with many skills designed to send swaths of enemies flying off cliffs and other hazards. The Dwarves is also on GOG, PS4, and Xbox One, though be aware that the console versions apparently have major performance issues.

Shadow Tactics: Blades of the Shogun

Shadow Tactics is a revival of classic top-down, squad-based stealth games like Commandos and Desperados. Much like in those titles, Shadow Tactics tasks you with infiltrating enemy strongholds across feudal Japan with your team of 5 elite specialists. Take on vastly superior numbers of enemy sentries by using traps, distractions, and clever tactics. Shadow Tactics also adds an extra layer of verticality to your sneaking by allowing your ninjas to traverse rooftops. You can grab the game on GOG as well, with a free demo available on both platforms.

King Lucas is a 2.5D retro-inspired metroidvania that can be played alone or in competitive multiplayer. You take on the role of a knight trying to rescue three princesses locked away in a magical castle by their father, King Lucas. The game takes procedural generation to a whole new level, as every time you find a princess the castle unlocks a new region and reconfigures itself.

Maize is a quirky new first-person adventure game where you play as a sarcastic Russian teddy bear robot exploring an abandoned farm full of sentient corn. That should tell you all you need to know about the tone of this nonsensical title. Gameplay comes in the form of environmental puzzles and item management, but the primary focus is squarely on the absurd story and characters you’ll encounter as you uncover the secrets surrounding the government experiment that accidentally created the living corn people. Maize is on GOG as well.

Published by 3D Realms, Rad Rodgers is a new Commander Keen game in all but name. You play as Rad, a young boy that finds himself sucked into a video game with his foul-mouthed game console Dusty. Jump and shoot your way through 7 stages full of crude humor and Easter eggs based on classic Apogee/3D Realms titles from the ’90s. John St John even makes an appearance voicing several characters throughout the game. Also available on GOG.

Earth’s Dawn is a 2D shooter/beat ’em up with a fairly striking visual aesthetic and massive boss battles. You control a customizable super soldier fighting to reclaim Earth following an alien invasion. Defeat your enemies using both ranged weapons and combo-driven melee attacks. As you gain experience you’ll be able to unlock new abilities from a large skill tree and craft powerful weapons and armor. Earth’s Dawn is also on PS4 and Xbox One.

Finally we come to Dungeon Souls, the obligatory action roguelite for this week’s article. As with most games in the genre, you’ll explore procedurally generated dungeons full of enemies, challenging boss encounters, and loot to plunder. Dungeon Souls features 10 playable characters in all, each with their own skill trees and unique special abilities. You can also find it on GOG.

That’s all for now. I’ll be back later with more new indie release highlights.

The Beta Dilemma: Review of Dinocide

Welcome ghouls, beasts, tricksters, and every horrific being known to man. The spooky season is upon us and I figured I would indulge in the festivities in my own way. Thus, I have come up with a satirical take on … END_OF_DOCUMENT_TOKEN_TO_BE_REPLACED

In 2020 it was revealed developer IO Interactive was working on a James Bond game known as Project 007 which, understandably, shook the video game world. Still in production, there’s a possibility that their James Bond game could be the … END_OF_DOCUMENT_TOKEN_TO_BE_REPLACED

Do so, and you’ll probably find that T END_OF_DOCUMENT_TOKEN_TO_BE_REPLACED

I remember when I played my first Resident Evil. It was a gift and couldn’t wait to get it running in my old PS1. That old Capcom “this game contains scenes of explicit violence and gore” plastered on the … END_OF_DOCUMENT_TOKEN_TO_BE_REPLACED

At the beginning of one mission, you are marked for dead by the organization you work for. Your handler has no idea what happened but informs you that they are coming for … END_OF_DOCUMENT_TOKEN_TO_BE_REPLACED

The history of gaming isn’t that old compared to other artistic and entertainment mediums. Many people have lived through the entirety of video game history, and more people have seen most of it. As such, you’d think that the … END_OF_DOCUMENT_TOKEN_TO_BE_REPLACED

(Updated 4/18/22) Even at a time when it feels like every game is being adapted into a show or movie, the news that Twisted Metal is being turned into a TV series stands out. Why? Well, it probably has … END_OF_DOCUMENT_TOKEN_TO_BE_REPLACED

(Updated 4/15/22) The reveal of the Mortal Kombat movie trailer and news that Street Fighter characters are joining the Fortnite roster has both legendary franchises on the minds of gamers everywhere. So, it’s only natural that fans have also … END_OF_DOCUMENT_TOKEN_TO_BE_REPLACED

While Super Smash Brothers for the Wii U and 3DS has been out for just over a year and the recent announcement of Cloud joining the roster garnering a massive amount of hype, many fans of the fighting game … END_OF_DOCUMENT_TOKEN_TO_BE_REPLACED

I’ll admit that I’ve never been a fan of visual novels. I have nothing against them; it just isn’t a genre I’m interested in. That said, MangaGamer’s announcement a while back that their upcoming Steam release of Kindred Spirits … END_OF_DOCUMENT_TOKEN_TO_BE_REPLACED

Black Shell Media is a multimedia marketing and PR studio specializing in distribution and publishing of indie games! We do a lot of marketing and work with websites, … END_OF_DOCUMENT_TOKEN_TO_BE_REPLACED

Welcome ghouls, beasts, tricksters, and every horrific being known to man. The spooky season is upon us and I figured I would indulge in the festivities in my own way. Thus, I have come up with a satirical take on … END_OF_DOCUMENT_TOKEN_TO_BE_REPLACED

The month of October is here, and the spooky festivities are starting. However, it is still key to be aware of the other important events happening around this time of the year. For example, October is Breast Cancer Awareness month. … END_OF_DOCUMENT_TOKEN_TO_BE_REPLACED