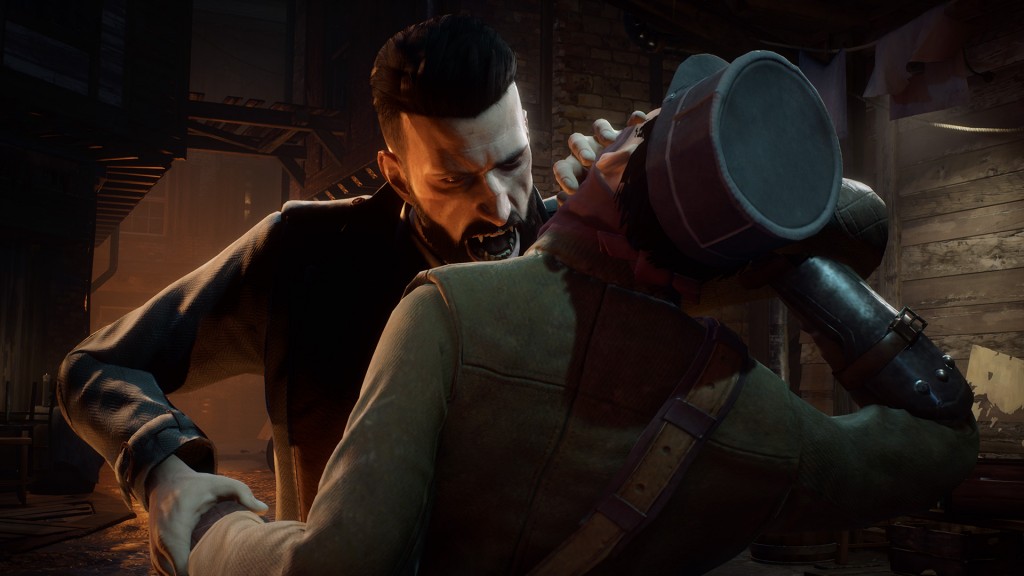 As 2018 draws to a close, now is a good time to start looking at the best games of the year. After all, the holidays are one of the few times a year that many of us have the chance to actually play those games.

Every year, though, there are games that come out that might have flown under the radar. The reasons they’ve done so tend to vary wildly, but that’s not the point. The point is that they deserve to be played nonetheless. \

Here are the most underrated games of 2018. 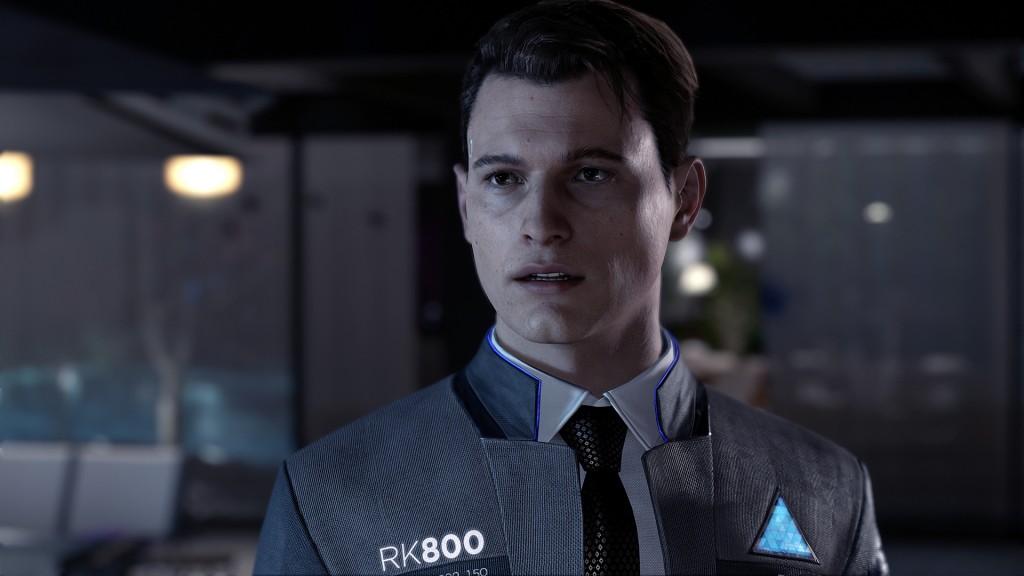 The shame of it is that Detroit is simply one of the best games of the year. Its plot is a little cliche at times and its gameplay is a little too restrictive, but few games of this type have ever explored the concept of a branching narrative quite like Detroit does. You’ll be astonished when you see how many ways there are to complete each level and all the directions this game’s story can take you.

Detroit is a must-play game for fans of ambitious storytelling in games. 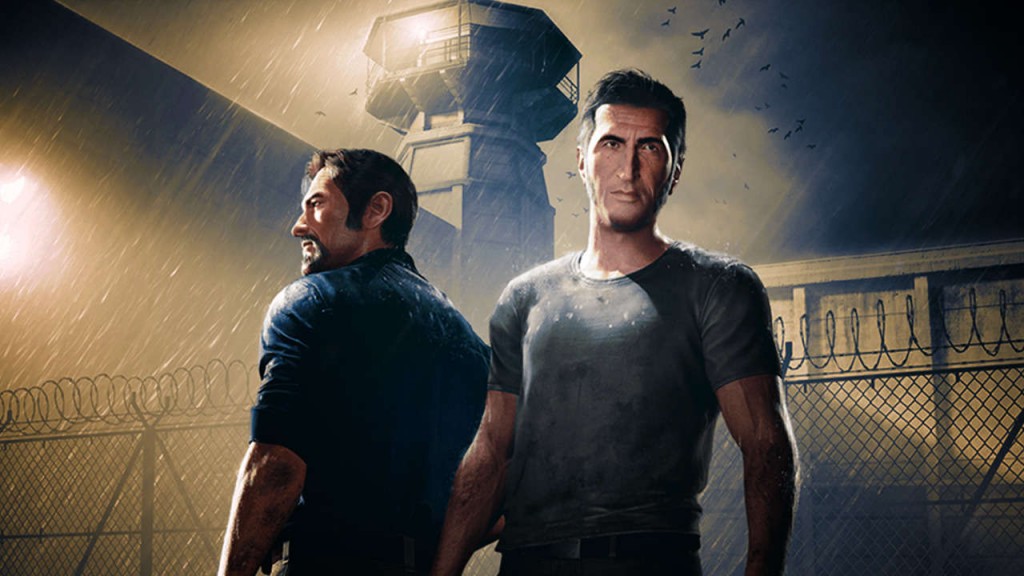 A Way Out might just be the best co-op game ever.

At the very least, you’ve never played a co-op game as ambitious as A Way Out in terms of how it reimagines the entire concept of co-op play. This isn’t a game where you and your friend just shoot your way through single-player levels. Instead, nearly every objective and level in A Way Out forces you and a friend to truly work together in an increasingly clever series of ways.

While A Way Out’s lack of online play and its short runtime hurt its “value,” the game itself is a must-play experience. 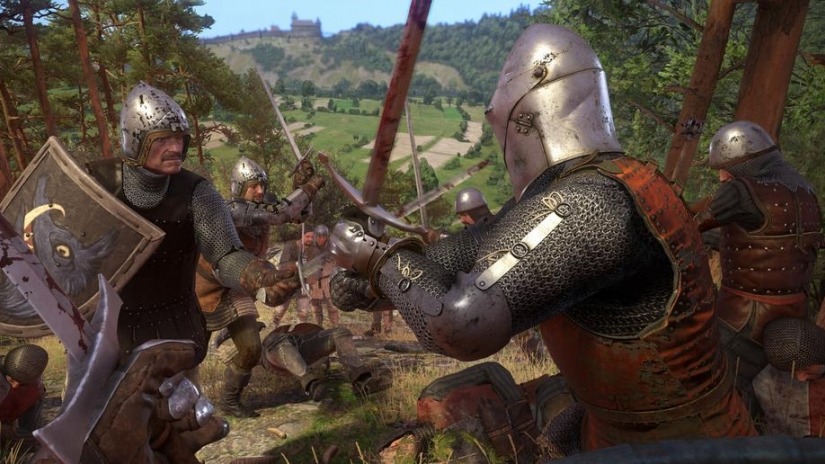 If you long for the days of open-world RPGs that felt like they were made for a more “hardcore” audience, Kingdom Come: Deliverance is for you.

Yes, the game is very buggy (although a series of patches have fixed most of the major problems) and yes, some of its survival mechanics feel half-baked. Still, this is a game loaded with memorable missions, well-written characters, and gameplay systems that actually make it feel like you’re building a character that represents your preferences.

Kingdom Come might just be the year’s best pure RPG. 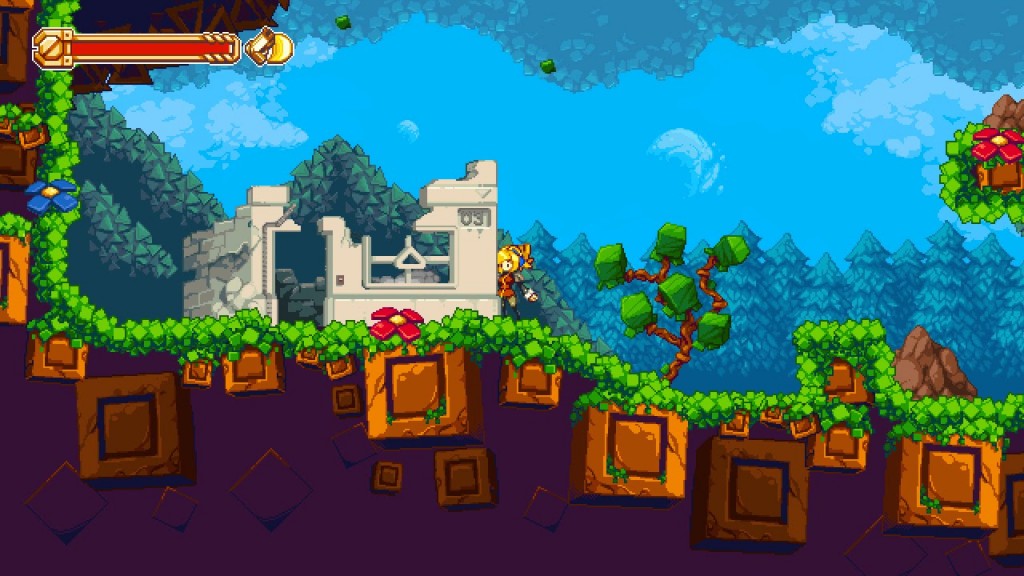 Iconoclasts’ biggest problem is that it came out the same year as Dead Cells and Celeste. We suppose there’s only so much room on the market for 2D action/adventure platformers.

If that wasn’t the case, Iconoclasts would have been a bonafide hit. This beautiful and challenging 2D title is a throwback to classics like The Lost Vikings that required you to use your brains and quick reflexes to solve its toughest challenges.

Iconoclasts won’t be for everyone, but we feel confident in saying that not nearly enough people who would love this game have actually played it. 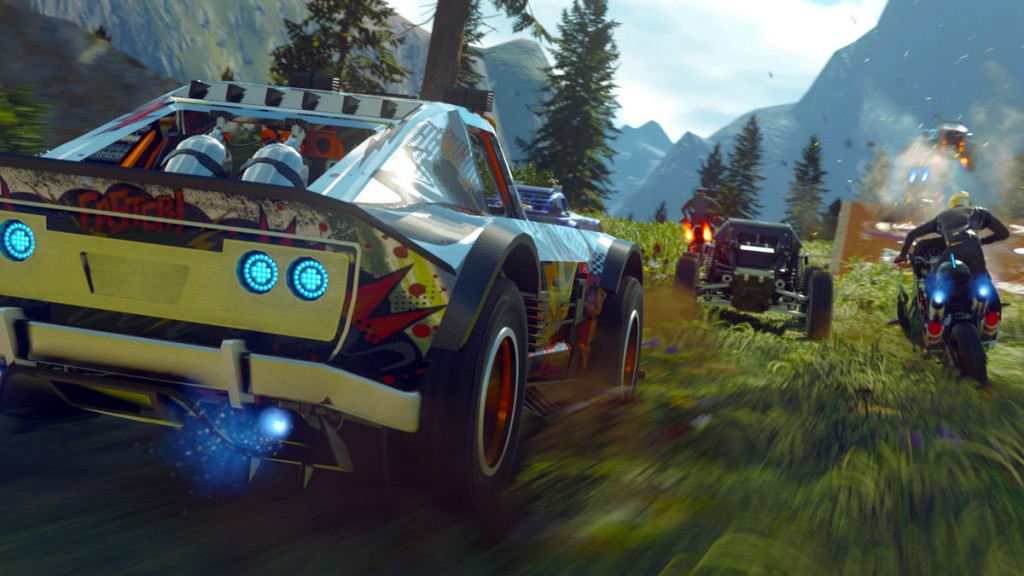 Put Twisted Metal, Burnout, and Wipeout in a blender, and you’ll probably get something close to Onrush.

There are times when Onrush’s genre blend becomes a bit too much, but at the game’s core is a fundamentally satisfying racing experience that offers hours and hours of old-school entertainment (especially if you play it online). It just so happens that the game’s modern mechanics help keep things fresh.

If you can find a way to play Onrush in order to understand just what it is, then you absolutely should do so. 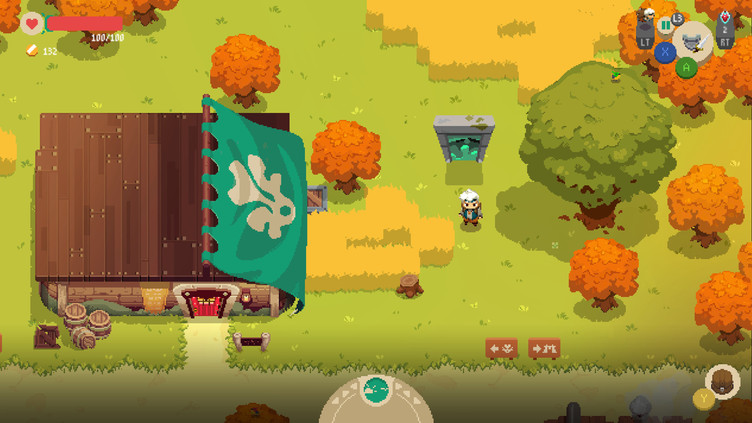 Have you ever wanted to play as one of the shopkeepers that populate various RPGs and adventure games? No? Well, you should probably play Moonlighter anyway.

Moonlighter is one part shopkeep simulator and one part NES Zelda game. While the game’s action elements are a little generic, Moonlighter’s shockingly compelling crafting, management, and social interaction elements make it feel like you really are playing a small part in a grand world of mythical adventure.

If you’re craving a more traditional Zelda game with a twist, then you need to play Moonlighter. 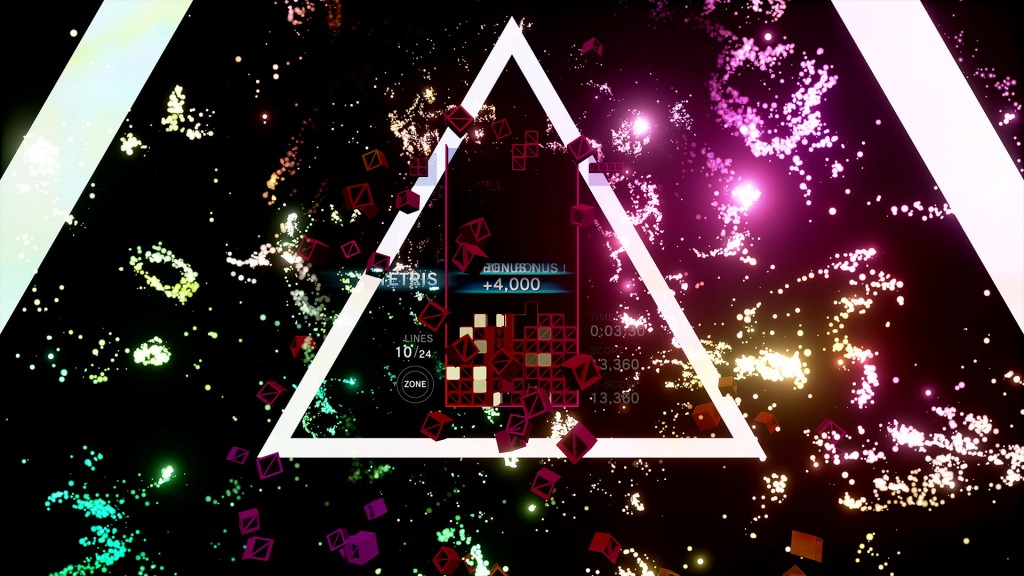 Yes, people everywhere are praising Tetris Effect as one of the year’s best games, but few people seem to understand how good the game’s PSVR version really is.

Tetris might not seem like the kind of game you buy a VR headset for, but Tetris Effect may just be the best VR game ever made. With its incredible music, rhythmic gameplay, and hypnotic effects, it manages to transport you into another world like few other VR games are able to do.

You will lose hours of your free time to Tetris Effect, which is something that we can’t say about even the most technologically impressive VR games.

The Awesome Adventures of Captain Spirit 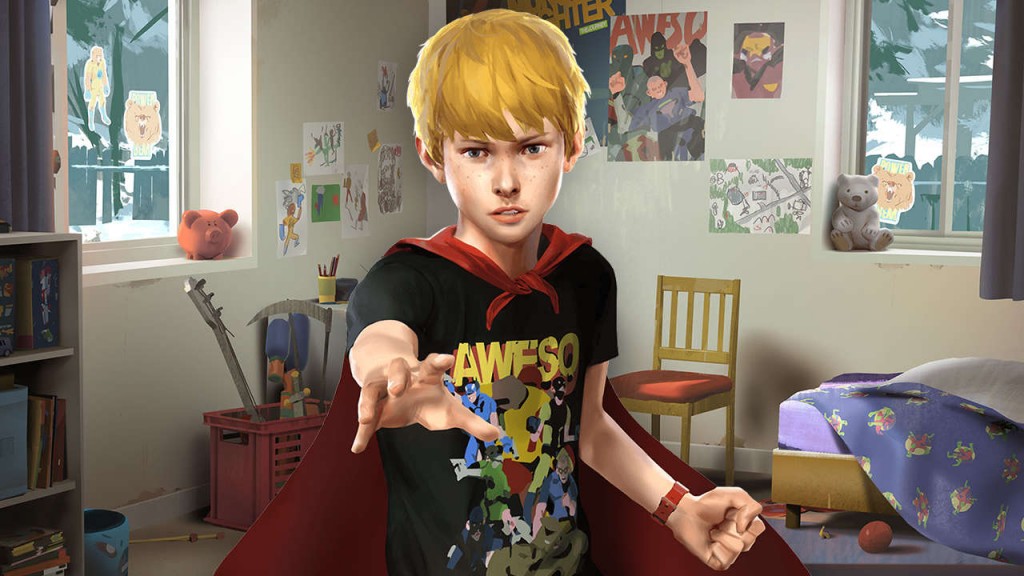 Released earlier this year as a spin-off to Life is Strange, The Awesome Adventures of Captain Spirit pretty much came and went without many paying it much attention. However, those who did bother to play this game have almost universally sung its praises.

The Awesome Adventures of Captain Spirit is perhaps best described as Calvin and Hobbes: The Game. It’s all about the wonder of a child’s imagination and the adventures that imagination creates. Featuring a wonderful story, a fantastic world, and some great characters,

Best of all, it’s currently free to play. 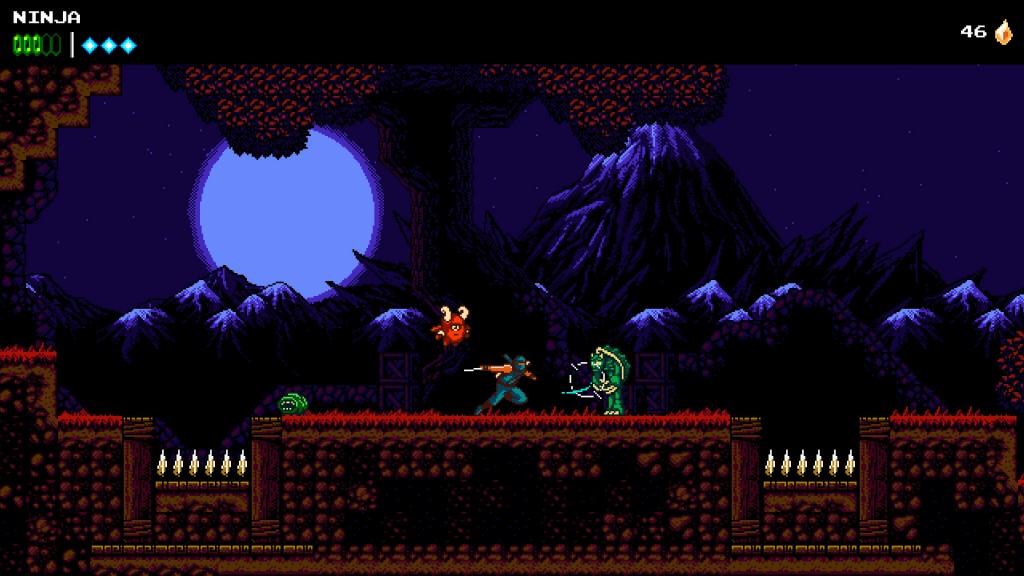 Do you long for the days of classic NES action games, but want a twist on those titles that make them feel fresh again? If so, The Messenger is the game for you.

At its core, The Messenger is a really good 8-bit action game. As the game develops, though, though, The Messenger reveals itself to be a brilliant blend of classic video game genres ends up feeling rather fresh despite its classic roots.

The Messenger is a lost sequel to the NES Ninja Gaiden games and so much more.

Vampyr is not a great game. Some would say it’s not a very good game. However, it still manages to be a criminally underrated game.

While Vampyr falls short in many ways, it’s also a single-player, narrative-driven, action/adventure title about vampires that certainly isn’t lacking in interesting ideas. For all its gameplay and technical faults, Vampyr feels like a Triple-A game made by people who were genuinely thrilled to be working on this project.

Quite frankly, there aren’t enough games like that on the market.

The science-fiction horror game, originally released in 2008, was a massive success that influenced an entire generation of games within space/horror genre. Despite the … END_OF_DOCUMENT_TOKEN_TO_BE_REPLACED

After months of speculation regarding the release of an upgraded Switch system, Nintendo finally revealed its latest gaming system — the Nintendo Switch OLED Model. The new Switch will release on October 8, costs $349.99, and offers a long list … END_OF_DOCUMENT_TOKEN_TO_BE_REPLACED

The Legend of Zelda: Breath of the Wild’s critical acclaim is often met with the counter of being “overrated” by some players. There are usually numerous reasons for this – both notable and ridiculous – but one of the … END_OF_DOCUMENT_TOKEN_TO_BE_REPLACED

I remember when I played my first Resident Evil. It was a gift and couldn’t wait to get it running in my old PS1. That old Capcom “this game contains scenes of explicit violence and gore” plastered on the … END_OF_DOCUMENT_TOKEN_TO_BE_REPLACED

At the beginning of one mission, you are marked for dead by the organization you work for. Your handler has no idea what happened but informs you that they are coming for … END_OF_DOCUMENT_TOKEN_TO_BE_REPLACED

If you were to bet me $20 that Amazon would be making an MMORPG at some point, I would still find some reason to not give it to you. Amazon games announced 3 new PC games to try to … END_OF_DOCUMENT_TOKEN_TO_BE_REPLACED

The Legend of Zelda: Breath of the Wild’s critical acclaim is often met with the counter of being “overrated” by some players. There are usually numerous reasons for this – both notable and ridiculous – but one of the … END_OF_DOCUMENT_TOKEN_TO_BE_REPLACED

I don’t play a lot of Apex Legends anymore. I enjoyed the game for a while, but there aren’t many games I’ve stayed with consistently over the long haul since the lost years of World of Warcraft. These days there … END_OF_DOCUMENT_TOKEN_TO_BE_REPLACED

Diehard fans of Call of Duty’s groundbreakingly successful battle royale – Warzone – have been eagerly anticipating the release of a new map for months now. … END_OF_DOCUMENT_TOKEN_TO_BE_REPLACED

While Super Smash Brothers for the Wii U and 3DS has been out for just over a year and the recent announcement of Cloud joining the roster garnering a massive amount of hype, many fans of the fighting game … END_OF_DOCUMENT_TOKEN_TO_BE_REPLACED

I’ll admit that I’ve never been a fan of visual novels. I have nothing against them; it just isn’t a genre I’m interested in. That said, MangaGamer’s announcement a while back that their upcoming Steam release of Kindred Spirits … END_OF_DOCUMENT_TOKEN_TO_BE_REPLACED

Black Shell Media is a multimedia marketing and PR studio specializing in distribution and publishing of indie games! We do a lot of marketing and work with websites, … END_OF_DOCUMENT_TOKEN_TO_BE_REPLACED

Wondering if you can run Halo Infinite on your laptop or desktop? Sure, why not? Halo Infinite has launched in open beta mode (Nov. 16, 2021) and will officially release on Dec. 8, 2021. The game is the sixth in … END_OF_DOCUMENT_TOKEN_TO_BE_REPLACED