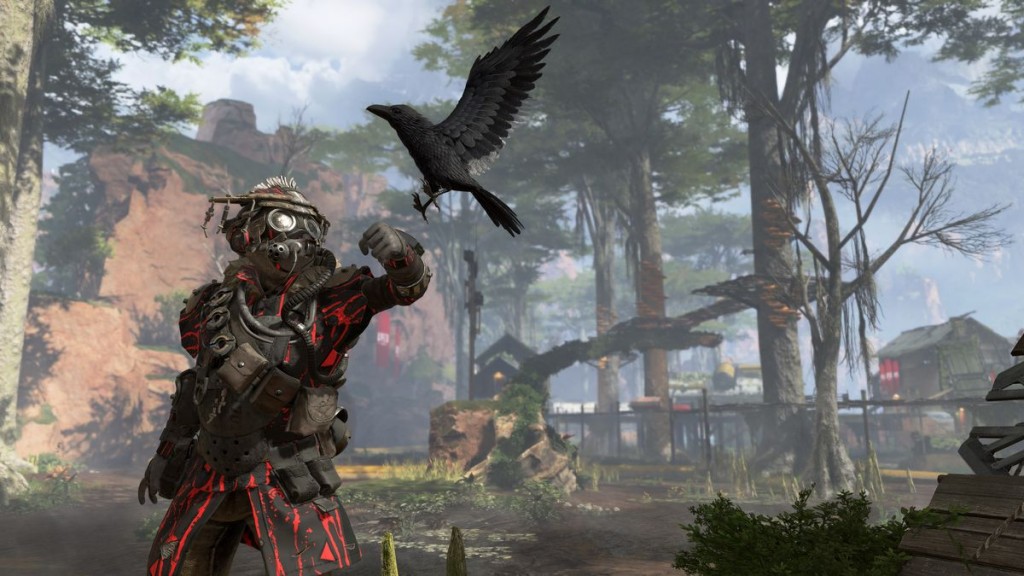 Respawn Entertainment’s Apex Legends is quickly becoming one of the most popular competitive games on the planet. This battle royale title from the makers of Titanfall is fast, creative, and simply fun.

It can also be a bit confusing. The game’s Legends system means that every character possesses certain special abilities. At first, it’s hard to tell which character is right for you.

However, a little time with the game reveals the truth of the matter. While every Legend is “viable,” some are just better than others. Here is how every Legend in the game currently ranks. 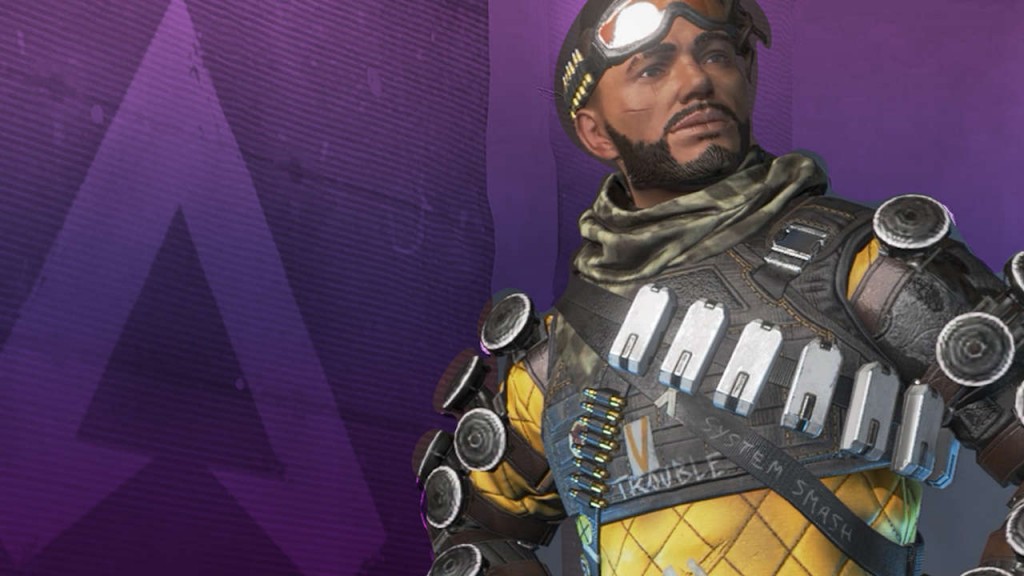 Mirage’s biggest problem is that his entire skillset is way too gimmicky.

His ability to create mirages can be a somewhat useful distraction, but most players will be able to sniff it out quickly. Meanwhile, his passive ability (which deploys a decoy and cloaks you when you’re knocked down) is almost useless, and his “decoy army” ultimate isn’t nearly as handy as it should be.

Most of this game’s Legends have their uses, but Mirage stands as the least useful overall. 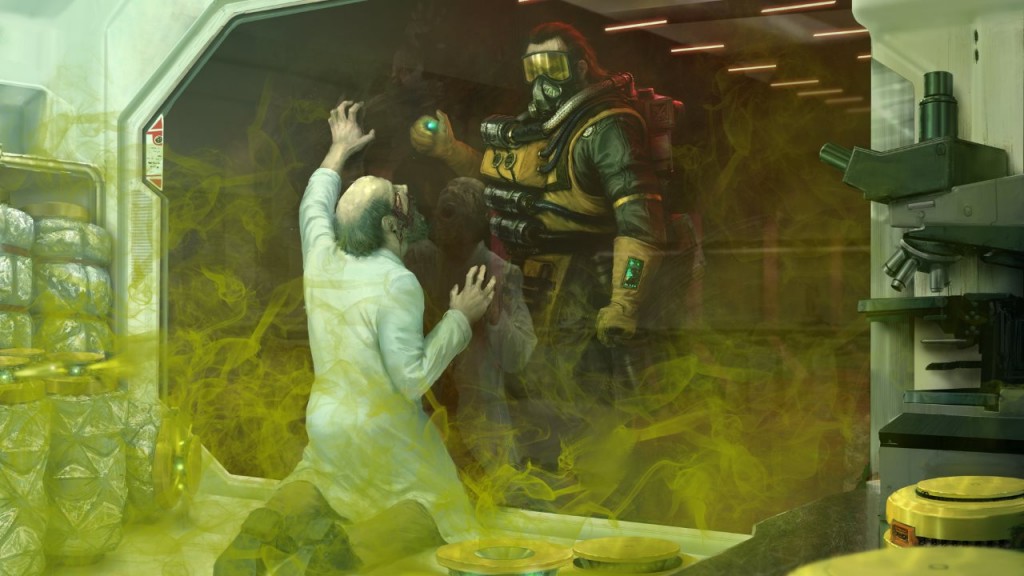 His gas traps are really only useful in very close combat, and his ability to see through his own poisonous gas is literally useless unless those traps (or his ultimate) is deployed. It doesn’t help that his ultimate is often just a worse version of another character’s ultimate.

Caustic has potential, but at present, he’s rarely the best option available. 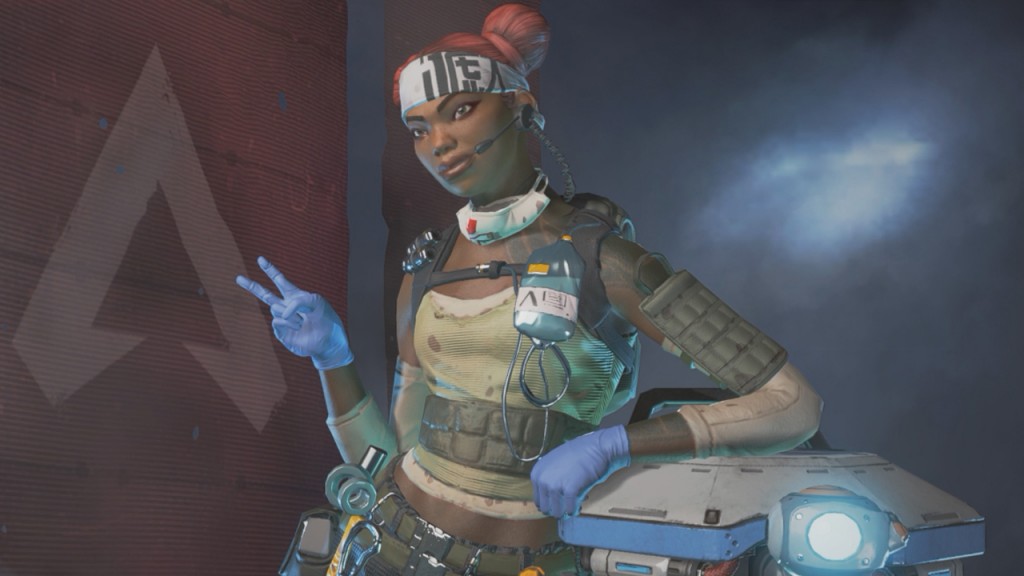 Lifeline is pretty much the definition of average, but that’s not always a bad thing.

Her healing drone is a little too limited to be truly powerful, but her ability to heal faster and protect her revival attempts are always welcome. Her Care Package ultimate may be slow and a bit random, but there’s never really a situation where it’s anything less than good.

Lifeline can be an effective part of any squad.

Bloodhound stands as arguably the game’s most interesting Legend from a design standpoint.

His ability to track enemies is one of those things that some players can do naturally, but it’s very useful in the right circumstances. The same goes for his tactical and ultimate abilities which allow you to scan an area for items and enemies. It’s a great way to acquire and relay information.

Bloodhound’s usefulness declines as a match goes on, but he certainly has a role. 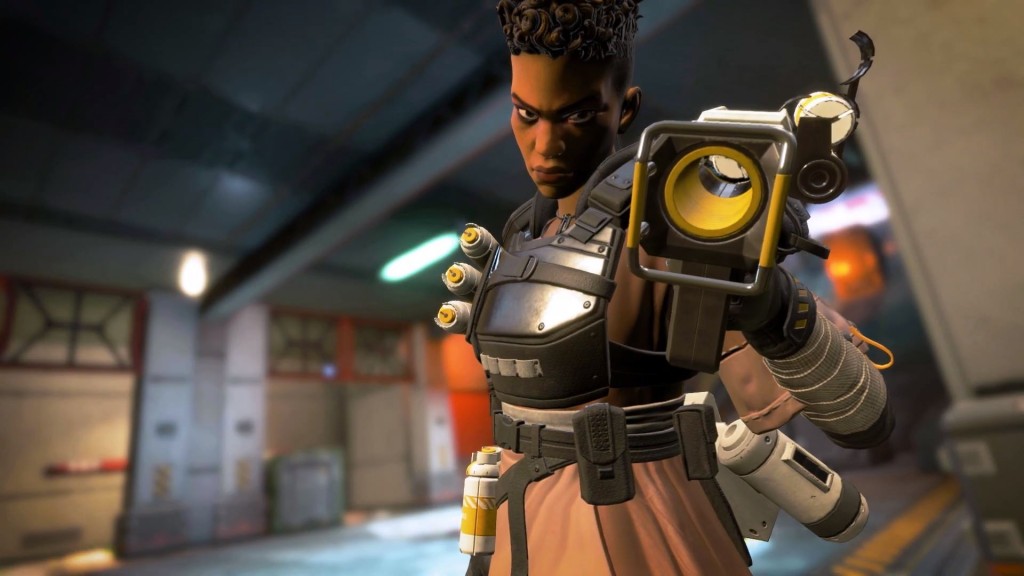 Bangalore isn’t that exciting, but that doesn’t mean she’s not useful.

First off, Bangalore’s smoke grenades are way more effective than you probably think they are. They help set-up and avoid ambushes, and they recharge fairly fast. Meanwhile, her ability to run faster while taking fire is always welcome.

Granted, her ultimate can be a bit hit or miss, but she’s just a solid overall character. 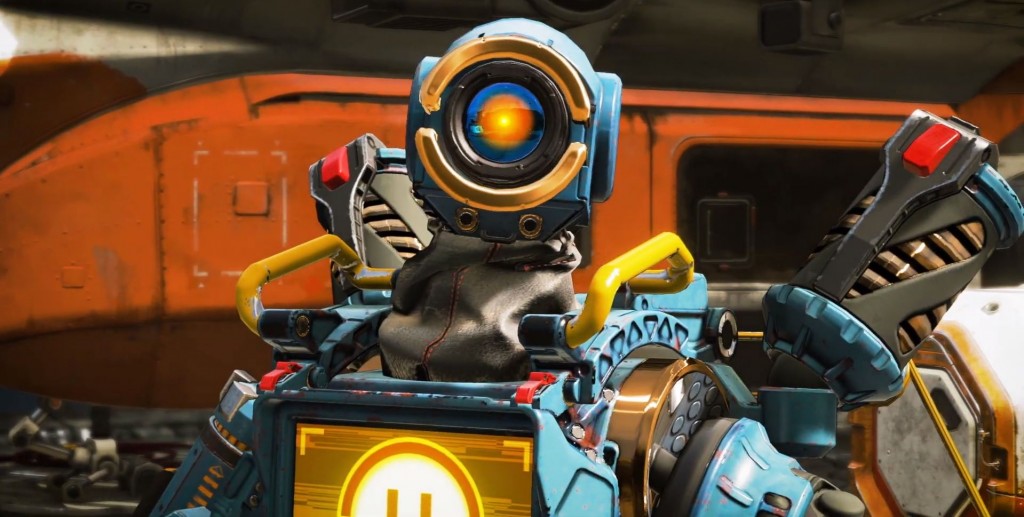 His grappling hook is perfect for setting up ambushes, his passive ability to identify where the circle is going to break is more useful than you think, and his grappling gun is an absurdly useful way to help your team cover large areas and access new locations.

You’ve got to know what you’re doing with Pathfinder, but he’s got a lot going for him. 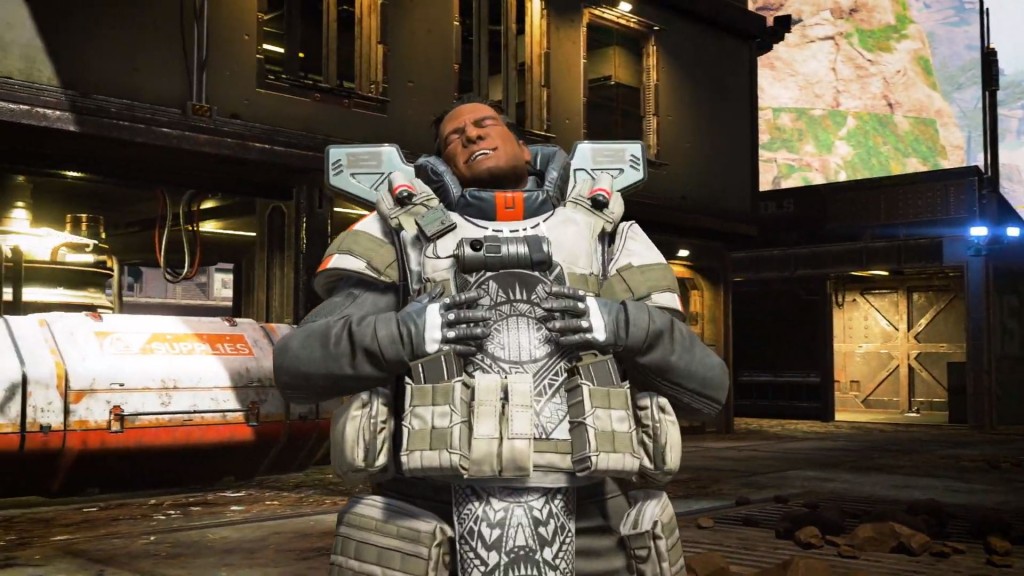 Gibraltar is so good at what he does that there’s an argument he might need to be reworked slightly.

First off, Gibraltar’s ability to create a domed shield is useful in every fight in the game. Second, his passive ability to shield himself while firing is genuinely helpful. Third, his bombardment ultimate is not only good, but it’s arguably a stricter better version of Bangalore’s.

Gibraltar can easily be the powerhouse of any team. 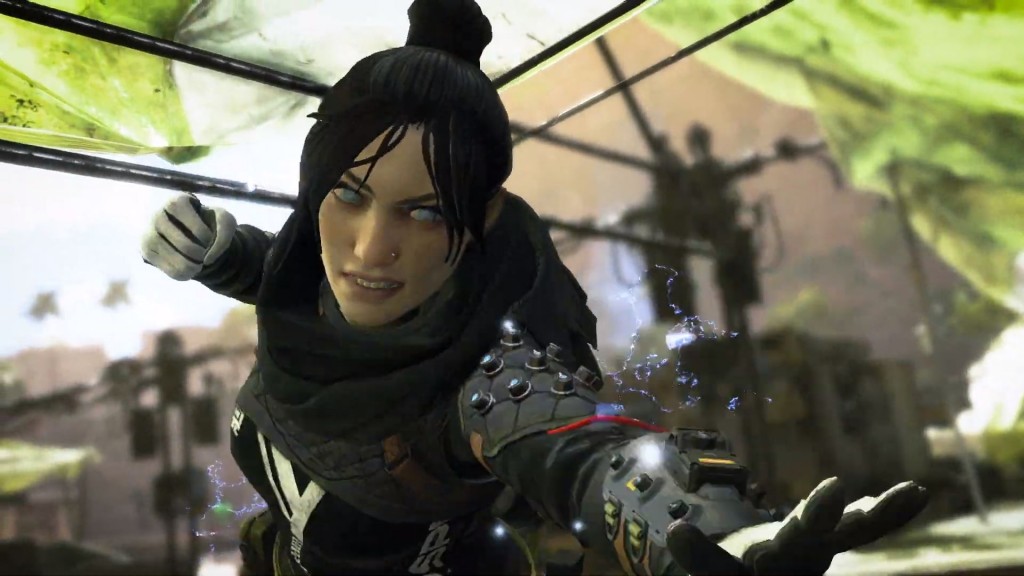 Wraith is perhaps the most complicated character to learn, but she’s worth the effort.

Her passive ability to “hear voices” only makes it that much easier to know when someone is approaching you. Her void run tactical ability will save your life time and again while confusing enemies. Oh, and her teleportation ultimate is possibly the best overall ultimate in the game.

Wraith is a unique character with a lot to offer.

(Updated 4/18/22) Even at a time when it feels like every game is being adapted into a show or movie, the news that Twisted Metal is being turned into a TV series stands out. Why? Well, it probably has … END_OF_DOCUMENT_TOKEN_TO_BE_REPLACED

(Updated 4/15/22) The reveal of the Mortal Kombat movie trailer and news that Street Fighter characters are joining the Fortnite roster has both legendary franchises on the minds of gamers everywhere. So, it’s only natural that fans have also … END_OF_DOCUMENT_TOKEN_TO_BE_REPLACED

Do so, and you’ll probably find that T END_OF_DOCUMENT_TOKEN_TO_BE_REPLACED

Do so, and you’ll probably find that T END_OF_DOCUMENT_TOKEN_TO_BE_REPLACED

I remember when I played my first Resident Evil. It was a gift and couldn’t wait to get it running in my old PS1. That old Capcom “this game contains scenes of explicit violence and gore” plastered on the … END_OF_DOCUMENT_TOKEN_TO_BE_REPLACED

At the beginning of one mission, you are marked for dead by the organization you work for. Your handler has no idea what happened but informs you that they are coming for … END_OF_DOCUMENT_TOKEN_TO_BE_REPLACED

(Updated 4/18/22) Even at a time when it feels like every game is being adapted into a show or movie, the news that Twisted Metal is being turned into a TV series stands out. Why? Well, it probably has … END_OF_DOCUMENT_TOKEN_TO_BE_REPLACED

(Updated 4/15/22) The reveal of the Mortal Kombat movie trailer and news that Street Fighter characters are joining the Fortnite roster has both legendary franchises on the minds of gamers everywhere. So, it’s only natural that fans have also … END_OF_DOCUMENT_TOKEN_TO_BE_REPLACED

The Legend of Zelda: Breath of the Wild’s critical acclaim is often met with the counter of being “overrated” by some players. There are usually numerous reasons for this – both notable and ridiculous – but one of the … END_OF_DOCUMENT_TOKEN_TO_BE_REPLACED

While Super Smash Brothers for the Wii U and 3DS has been out for just over a year and the recent announcement of Cloud joining the roster garnering a massive amount of hype, many fans of the fighting game … END_OF_DOCUMENT_TOKEN_TO_BE_REPLACED

I’ll admit that I’ve never been a fan of visual novels. I have nothing against them; it just isn’t a genre I’m interested in. That said, MangaGamer’s announcement a while back that their upcoming Steam release of Kindred Spirits … END_OF_DOCUMENT_TOKEN_TO_BE_REPLACED

Black Shell Media is a multimedia marketing and PR studio specializing in distribution and publishing of indie games! We do a lot of marketing and work with websites, … END_OF_DOCUMENT_TOKEN_TO_BE_REPLACED