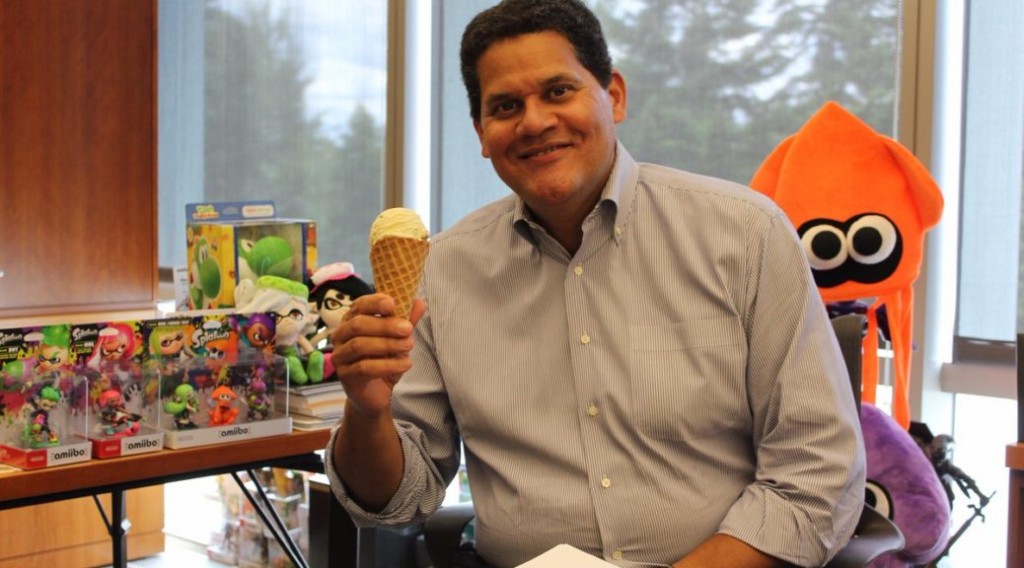 The gaming world was rocked today by the news that Reggie Fils-Aime has decided to retire as President of Nintendo of America after almost 16 years with the company.

It’s an announcement that has stunned the Nintendo fanbase and left us wondering whether Nintendo will ever be the same again.

Normally, a video game company executive retiring isn’t that big of a deal. In a world where even the creators of some of the most beloved games of all-time may be able to pass through a crowd of fans without being recognized, the idea of a company president who didn’t even help start that company being such a big deal is truly unique.

Yet, that’s exactly what Reggie Fils Aime was. What you need to understand was that there was a time when being a Nintendo fan felt like a health hazard. The N64 had been successful, but it was also plagued with issues. The same was true of the GameCube which sported a lot of great games but seemed to confirm that Nintendo was hopelessly behind the times.

Then came Reggie. When Reggie took the stage during Nintendo’s 2003 E3 presentation (remember those) and said “My name is Reggie. I’m about kickin’ ass, I’m about takin’ names, and we’re about makin’ games,” he genuinely stunned Nintendo fans and gamers everywhere. Nobody had heard a Nintendo representative outside of Miyamoto be so personable and energetic, and nobody from Nintendo had ever been so bold.

Reggie not only made people care about Nintendo again; he made them want to be as passionate about the company as he clearly was. He gave the company a shot in the arm and made Nintendo’s American division feel more important than ever before.

No, we can’t attribute Nintendo’s success with the Wii and DS to Reggie unless we’re also willing to pin the failures of the 3DS and Wii U on him as well, but regardless of which devices Nintendo was selling, they could always rely on Reggie to give it his all when it came to selling it. His enthusiasm made the best of Nintendo times that much more enjoyable, and his sense of humor, genuine love for his job, and personable nature made even the darkest Nintendo days seem like a passing phase.

It probably does seem silly to think that so many gamers will be saddened by a corporate executive stepping away from the company, but to many, Reggie was more than that. He was a fan who so happened to find himself near the top of a company that is as synonymous with gaming as any other. He would go on talk shows, podcasts, and internet videos not just to promote, but because he genuinely loved talking about Nintendo with other fans.

At present, Doug Bowser will serve as Reggie’s replacement, and he is (by all accounts) an excellent choice who will pick up where Reggie left off. Yet, you’re forgiven for thinking Nintendo will never quite be the same without Reggie at the helm. He is, after all, the one guy that embodies the excitement that comes with every Nintendo release, announcement, and even corporate decision.

In 2020 it was revealed developer IO Interactive was working on a James Bond game known as Project 007 which, understandably, shook the video game world. Still in production, there’s a possibility that their James Bond game could be the … END_OF_DOCUMENT_TOKEN_TO_BE_REPLACED

The history of gaming isn’t that old compared to other artistic and entertainment mediums. Many people have lived through the entirety of video game history, and more people have seen most of it. As such, you’d think that the … END_OF_DOCUMENT_TOKEN_TO_BE_REPLACED

30+ years on, there’s somehow nothing quite like an NES action game. From the soundtracks to the level design and airtight mechanics, classic NES games like Ninja Gaiden and Mega Man remain some of the absolute best the medium … END_OF_DOCUMENT_TOKEN_TO_BE_REPLACED

Do so, and you’ll probably find that T END_OF_DOCUMENT_TOKEN_TO_BE_REPLACED

I remember when I played my first Resident Evil. It was a gift and couldn’t wait to get it running in my old PS1. That old Capcom “this game contains scenes of explicit violence and gore” plastered on the … END_OF_DOCUMENT_TOKEN_TO_BE_REPLACED

At the beginning of one mission, you are marked for dead by the organization you work for. Your handler has no idea what happened but informs you that they are coming for … END_OF_DOCUMENT_TOKEN_TO_BE_REPLACED

The history of gaming isn’t that old compared to other artistic and entertainment mediums. Many people have lived through the entirety of video game history, and more people have seen most of it. As such, you’d think that the … END_OF_DOCUMENT_TOKEN_TO_BE_REPLACED

(Updated 4/18/22) Even at a time when it feels like every game is being adapted into a show or movie, the news that Twisted Metal is being turned into a TV series stands out. Why? Well, it probably has … END_OF_DOCUMENT_TOKEN_TO_BE_REPLACED

(Updated 4/15/22) The reveal of the Mortal Kombat movie trailer and news that Street Fighter characters are joining the Fortnite roster has both legendary franchises on the minds of gamers everywhere. So, it’s only natural that fans have also … END_OF_DOCUMENT_TOKEN_TO_BE_REPLACED

While Super Smash Brothers for the Wii U and 3DS has been out for just over a year and the recent announcement of Cloud joining the roster garnering a massive amount of hype, many fans of the fighting game … END_OF_DOCUMENT_TOKEN_TO_BE_REPLACED

I’ll admit that I’ve never been a fan of visual novels. I have nothing against them; it just isn’t a genre I’m interested in. That said, MangaGamer’s announcement a while back that their upcoming Steam release of Kindred Spirits … END_OF_DOCUMENT_TOKEN_TO_BE_REPLACED

Black Shell Media is a multimedia marketing and PR studio specializing in distribution and publishing of indie games! We do a lot of marketing and work with websites, … END_OF_DOCUMENT_TOKEN_TO_BE_REPLACED

The month of October is here, and the spooky festivities are starting. However, it is still key to be aware of the other important events happening around this time of the year. For example, October is Breast Cancer Awareness month. … END_OF_DOCUMENT_TOKEN_TO_BE_REPLACED