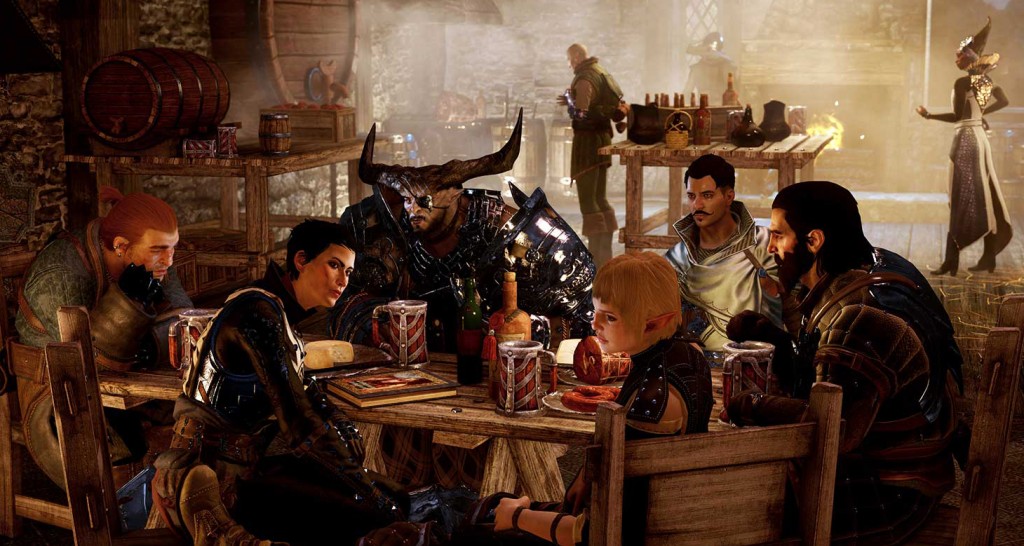 New information about BioWare’s Dragon Age 4 has hype at a fever pitch. The game that many of us feared might never be released is now one of the most talked about titles in gaming.

The strange thing is that we actually don’t know that much about Dragon Age 4. There are a few things that have been confirmed (or close to it) but much about the game remains a mystery.

So, let’s look at Dragon Age 4 by breaking down the things we know, and thinks we think we know about the game. 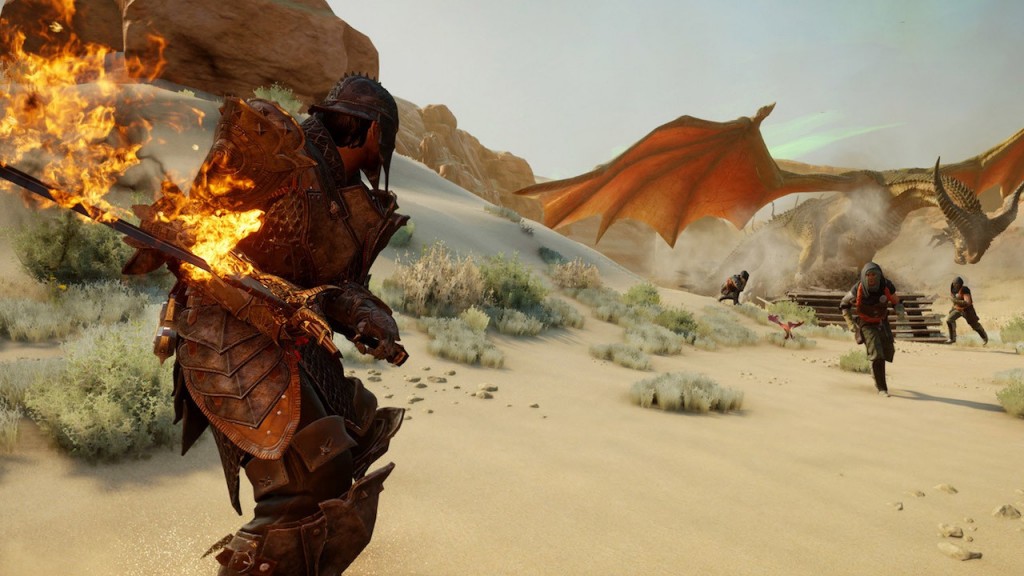 Alexis Kennedy Is A Contributor

Alexis Kennedy (Fallen London and Sunless Seas) is involved with Dragon Age 4, which is reason enough to be exited. Kennedy is one of the most creative writers and creators in modern gaming. He’s already hinted that his style of writing will be evident in Dragon Age 4, which suggests he might actually be one of the title’s lead writers.

It Will be the Next BioWare Game

We don’t know how much longer you’ll have to wait for Dragon Age 4 (more on that in a bit), but it shouldn’t be too long. All signs points towards Dragon Age 4 being BioWare’s next game there have certainly been no indications that the studio has any interest on working on any new projects until that sequel is complete. As for Anthem…

Most of BioWare is Working on Dragon Age 4

Reports indicate that much of the BioWare teamed that was pulled from other projects to work on Anthem have now returned home. The vast majority of that team will seemingly be sent to develop Dragon Age 4. A few of those not still working on Anthem may be sent to start on whatever comes after Dragon Age 4, but it feels like its all hands on deck at this point.

It Will Feature Some Kind of Online Play

Dragon Age Inquisition‘s use of online play wasn’t exactly…any good whatsoever, but don’t take that to mean that BioWare is going to focus on single-player. In fact, it really sounds like the team is being pushed to include some kind of revamped online system. The extent of this system isn’t known, but it could end up defining the title in some ways.

Fen’Harel and Solas Will Be Featured

Fen’Harel (the Elven god of betrayal) and Solas (an elven mage who was a companion in Inquisition) will be featured in Dragon Age 4 in some capacity. Both of these characters played a role in the game’s teaser trailer, which means that Dragon Age 4 would have to change drastically before both are cut.

Tevinter Imperium Is the Likely Setting

The original build of Dragon Age 4 reportedly featured the mage land of Tevinter Imperium. While that build has since been scrapped, there are reasons to believe that Imperium will still be featured in the final game. From a practical standpoint, it just makes sense that BioWare would re-use whatever assets they created for that version.

While this almost certainly includes DLC, it also sounds like Dragon Age 4 will offer some kind of post-game world that will likely revolve around online play. This suggests that future DLC for the game may just add quests to the existing world rather than separate adventures.

It Will Be A Next-Gen Exclusive

We certainly don’t think that Dragon Age 4 won’t be available for next-gen consoles, but it’s starting to look like the game will skip this generation entirely. This isn’t a guarantee, but if the game really is 2-3 years away, it’s not likely BioWare will bother with current gen versions.

It Will Require an Online Connection

This one hurts. The extent of Dragon Age 4‘s online play isn’t known, but all signs point to the game requiring an online connection (due to EA’s push for “service” content). While this has become more and more common in recent years, it’s sad to think that those who just want to play the single-player may still need to be online.

You Should Probably Be Worried About Dragon Age 4

Honestly, you probably should be. Things are not going well at BioWare right now following Anthem’s rocky launch, and it seems like Dragon Age 4 might be burdened with the same problems. Not only will it likely be based on the Frostbite engine (which BioWare hate), but it will seemingly push multiplayer and online service features (which the company aren’t particularly comfortable with). If Dragon Age 4 is ever released (which isn’t a given), it might be a rough one.

Snowfall is here and it is time to cheer! Sorry about that… As different video games pump out their holiday events, plenty get swept under the radar. If you are tired from playing the multiple FPS holiday events … END_OF_DOCUMENT_TOKEN_TO_BE_REPLACED

Welcome ghouls, beasts, tricksters, and every horrific being known to man. The spooky season is upon us and I figured I would indulge in the festivities in my own way. Thus, I have come up with a satirical take on … END_OF_DOCUMENT_TOKEN_TO_BE_REPLACED

Do so, and you’ll probably find that T END_OF_DOCUMENT_TOKEN_TO_BE_REPLACED

I remember when I played my first Resident Evil. It was a gift and couldn’t wait to get it running in my old PS1. That old Capcom “this game contains scenes of explicit violence and gore” plastered on the … END_OF_DOCUMENT_TOKEN_TO_BE_REPLACED

At the beginning of one mission, you are marked for dead by the organization you work for. Your handler has no idea what happened but informs you that they are coming for … END_OF_DOCUMENT_TOKEN_TO_BE_REPLACED

The history of gaming isn’t that old compared to other artistic and entertainment mediums. Many people have lived through the entirety of video game history, and more people have seen most of it. As such, you’d think that the … END_OF_DOCUMENT_TOKEN_TO_BE_REPLACED

(Updated 4/18/22) Even at a time when it feels like every game is being adapted into a show or movie, the news that Twisted Metal is being turned into a TV series stands out. Why? Well, it probably has … END_OF_DOCUMENT_TOKEN_TO_BE_REPLACED

(Updated 4/15/22) The reveal of the Mortal Kombat movie trailer and news that Street Fighter characters are joining the Fortnite roster has both legendary franchises on the minds of gamers everywhere. So, it’s only natural that fans have also … END_OF_DOCUMENT_TOKEN_TO_BE_REPLACED

While Super Smash Brothers for the Wii U and 3DS has been out for just over a year and the recent announcement of Cloud joining the roster garnering a massive amount of hype, many fans of the fighting game … END_OF_DOCUMENT_TOKEN_TO_BE_REPLACED

I’ll admit that I’ve never been a fan of visual novels. I have nothing against them; it just isn’t a genre I’m interested in. That said, MangaGamer’s announcement a while back that their upcoming Steam release of Kindred Spirits … END_OF_DOCUMENT_TOKEN_TO_BE_REPLACED

Black Shell Media is a multimedia marketing and PR studio specializing in distribution and publishing of indie games! We do a lot of marketing and work with websites, … END_OF_DOCUMENT_TOKEN_TO_BE_REPLACED

Snowfall is here and it is time to cheer! Sorry about that… As different video games pump out their holiday events, plenty get swept under the radar. If you are tired from playing the multiple FPS holiday events … END_OF_DOCUMENT_TOKEN_TO_BE_REPLACED

Amazon Prime members can get free games and free in-game content every month that last a certain amount of time. You can jump over to Amazon to sign-up for an account or navigate to the Prime Gaming section to see … END_OF_DOCUMENT_TOKEN_TO_BE_REPLACED