Nintendo Needs to Bring 3DS Games to the Nintendo Switch 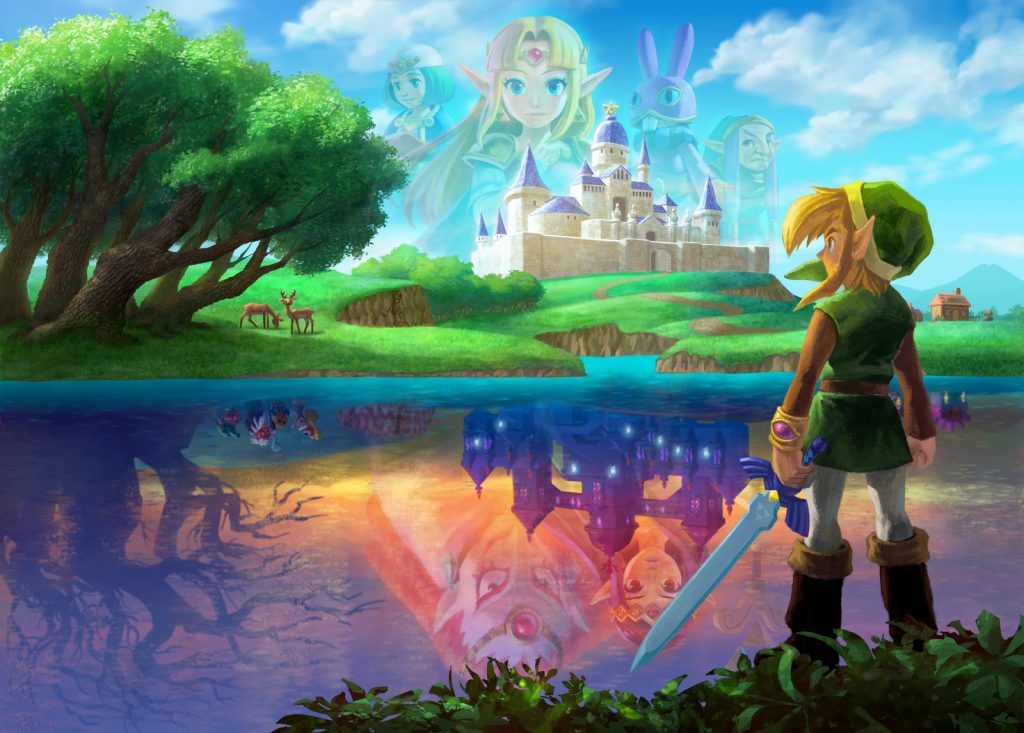 The 3DS is destined to become one of Nintendo’s most divisive devices of all-time.

On the one hand, the 3DS was considered to be something of a disappointing follow-up to the legendary Nintendo DS when it launched in 2011. The console’s 3D features proved to be a limited gimmick, its initial library was lacking heavy hitters, and the hardware itself was burdened by some questionable design decisions.

Still, numerous revisions to the 3DS, refinements to/a de-emphasis on its 3D elements, and a steady influx of good to great games eventually helped the 3DS become a success by most metrics. With over 75 million units sold between all models, Nintendo ultimately has to be proud of what the 3DS accomplished.

Now, it’s time that they rescue many of the device’s best games by bringing them to the Nintendo Switch.

See, the legacy of the 3DS isn’t just about its sales figures, its hardware upgrades, or even the overall quality of its game library. It’s also about the era that the 3DS was released in.

The 3DS’ slow start meant that it only started picking up steam around the same time that many casual gamers were turning to their smartphones for their gaming needs. Despite the 3DS’ many qualities, the fact remained that many people were hesitant to spend hundreds of dollars on a standalone handheld gaming device and hundreds more on games to play on the device. The discrepancy between the Nintendo DS’ sales figures (about 154 million) and the 3DS’ sales figures reveal that many people never experienced the 3DS at all.

Opinions vary on the 3DS, but the one thing that’s hard to deny is that it offered handheld experiences that were more complex than many mobile games yet not just ports of games you could play on consoles. The best 3DS games were the type of experiences that you’d only get on handheld gaming devices. They didn’t really have a home anywhere else.

That’s why I use the word “rescue” when I talk about Nintendo bringing 3DS games to the Nintendo Switch. Nintendo certainly “rescued” some Wii U titles by upgrading them for the Nintendo Switch, but that’s because the Wii U sold historically poorly. The situation with the 3DS is different. Nintendo would be rescuing its games by offering these unique handheld experiences to a group of gamers who perhaps never had the chance to experience them before due to the changing nature of the industry.

We’re really not even talking about that many games. Even if you cut out some titles that already exist in other forms on the Switch, you’re still left with games like Mario and Luigi: Dream Team, Super Mario 3D Land, and especially The Legend of Zelda: A Link Between Worlds that are currently only (legally) playable on the Nintendo 3DS. These are games that are doomed to become lost if they’re not rescued.

Nintendo has historically liked to keep their handheld and console games separate, and they’ve recently been slow in regards to unveiling a plan that would allow Switch gamers access to the Nintendo back catalog. Yet, in the case of the 3DS, it’s time for them to re-examine both of these policies. The Nintendo Switch (and the Nintendo Switch Lite) represents the perfect modern device for some classic handheld games that got swept beneath the constantly moving wheel of time.

Could the Nintendo Switch Lite Be Nintendo’s Last Handheld System?

10 Video Game Soundtracks That Stand on Their Own

The Legend of Zelda: Breath of the Wild’s critical acclaim is often met with the counter of being “overrated” by some players. There are usually numerous reasons for this – both notable and ridiculous – but one of the … END_OF_DOCUMENT_TOKEN_TO_BE_REPLACED

I don’t play a lot of Apex Legends anymore. I enjoyed the game for a while, but there aren’t many games I’ve stayed with consistently over the long haul since the lost years of World of Warcraft. These days there … END_OF_DOCUMENT_TOKEN_TO_BE_REPLACED

That doesn’t mean the game … END_OF_DOCUMENT_TOKEN_TO_BE_REPLACED

Four years ago, Doom had nothing to lose and everything to gain. The perception of the series after Doom 3’s mediocre release and the franchise’s subsequent hiatus left few people even looking for another game in the series. However, id … END_OF_DOCUMENT_TOKEN_TO_BE_REPLACED

Recently, I finished Rage 2.  I set out in the game with the hope that it would deliver something reminiscent of the magnificence of Doom while drawing some of the enjoyable open-world aspects of an Avalanche developed game.  I … END_OF_DOCUMENT_TOKEN_TO_BE_REPLACED

PlayStation Now sounded like a pretty exciting service when it was first revealed in 2014. At the very least, it offered … END_OF_DOCUMENT_TOKEN_TO_BE_REPLACED

The Legend of Zelda: Breath of the Wild’s critical acclaim is often met with the counter of being “overrated” by some players. There are usually numerous reasons for this – both notable and ridiculous – but one of the … END_OF_DOCUMENT_TOKEN_TO_BE_REPLACED

I don’t play a lot of Apex Legends anymore. I enjoyed the game for a while, but there aren’t many games I’ve stayed with consistently over the long haul since the lost years of World of Warcraft. These days there … END_OF_DOCUMENT_TOKEN_TO_BE_REPLACED

Diehard fans of Call of Duty’s groundbreakingly successful battle royale – Warzone – have been eagerly anticipating the release of a new map for months now. … END_OF_DOCUMENT_TOKEN_TO_BE_REPLACED

While Super Smash Brothers for the Wii U and 3DS has been out for just over a year and the recent announcement of Cloud joining the roster garnering a massive amount of hype, many fans of the fighting game … END_OF_DOCUMENT_TOKEN_TO_BE_REPLACED

I’ll admit that I’ve never been a fan of visual novels. I have nothing against them; it just isn’t a genre I’m interested in. That said, MangaGamer’s announcement a while back that their upcoming Steam release of Kindred Spirits … END_OF_DOCUMENT_TOKEN_TO_BE_REPLACED

Black Shell Media is a multimedia marketing and PR studio specializing in distribution and publishing of indie games! We do a lot of marketing and work with websites, … END_OF_DOCUMENT_TOKEN_TO_BE_REPLACED

There’s a Pokémon trading card frenzy happening right now that seems to have stemmed from folks being stuck at home for so long. Now, Target is pulling all Pokémon trading cards, as well as sports cards and presumably any entertainment … END_OF_DOCUMENT_TOKEN_TO_BE_REPLACED

That doesn’t mean the game … END_OF_DOCUMENT_TOKEN_TO_BE_REPLACED

Developed by studio RocketWerkz and the creator of DayZ, Dean Hall, Icarus … END_OF_DOCUMENT_TOKEN_TO_BE_REPLACED