Is World of Warcraft Classic the Best Game of 2019? 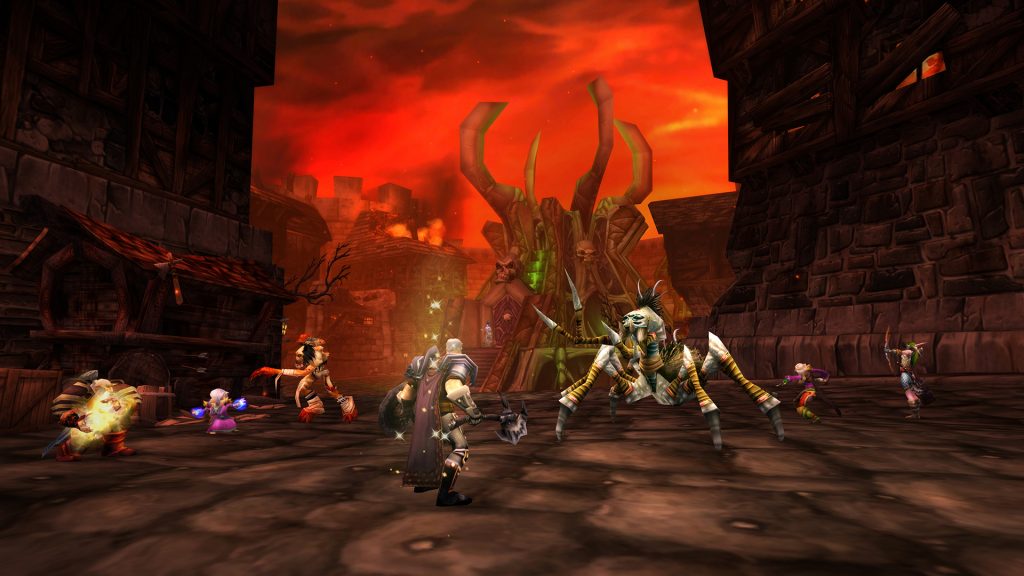 World of Warcraft is a 15-year old game that has received 15 years worth of updates. While it has outlasted just about all of its MMORPG competition, World of Warcraft‘s retail version is not where the game was 15 years ago in popularity. 15 years ago, World of Warcraft was a revolutionary game experience that captured the imaginations of millions and became culturally infamous for its addictive nature.

I know that sounds absurd. Truth be told, I was never even a World of Warcraft fan over the years (though I can’t say I ever really gave the game a fair shot). Going into this year, I would have told you that I think it’s absurd for us to even entertain the idea that World of Warcraft Classic (a version of the game that restores the MMORPG to its 2004 form) would even be in the conversation as one of the best games of 2019.

I’m honestly not sure if the game should technically qualify for that honor in terms of how awards are assigned by most critics and outlets, but I can say that World of Warcraft Classic is absolutely one of the year’s best gaming experiences.

That’s what we’re talking about when we’re talking about World of Warcraft Classic: an experience. When the game launched, streams of it attracted nearly a million overall viewers on Twitch with some top streams drawing 300,000 of those viewers. As someone always on the perimeter of the WoW phenomenon, that was my first indication that WoW Classic could very well recreate glory days I never got to properly experience in the first place.

It turns out that’s exactly what the game does. At the moment, WoW Classic is enjoying a huge influx of players that are as passionate as they are numerous. Truth be told, a large number of enthusiastic players has always been key to any MMO’s success, but it’s especially key to the success of WoW. It’s a game that demands to be experienced with others. Well, at least that’s true of the “Classic” experience which was difficult to the point where you often had to work with others to accomplish even seemingly simple tasks.

That’s the other thing about WoW Classic, though. Look beyond the hype of its launch, and you’ve still got a game that not only features beautiful environments, brilliant mechanics, and stunning music but a game that represents ideas that were popular in 2004 that have since fallen out of favor.

Nostalgia can lead to people misremembering things, but the fact of the matter is that even good ideas can fall out of favor over time. In WoW, you’ve got a massive game that inspires not only teamwork, but a sense of genuine community forged by the fires of the game’s challenges and the epic nature of its greatest experiences. It’s the obvious antithesis to free-for-all games like Fortnite, but it’s also an intriguing compliment to modern social media platforms which so often lead you to a bubble of people you already know and experiences your already familiar with.

WoW is different. It often forces you to work with a variety of players and wade into adventures quite unlike any you’ve experienced in the recent history of gaming. I’d call if a wakeup call, but that’s the thing. Developers have had 15 years to replicate the successes of WoW as it was in 2004, and the only game to really do it during that time is…well…2004 WoW in 2019.

Maybe that’s because the design of WoW remains special and, above all, timeless. 2019 hasn’t been the best year for games in recent memory, but even if it were, I’d have no problem telling you that the one game you have to play this year is World of Warcraft Classic.

Are we in a Space Sim Renaissance?

The science-fiction horror game, originally released in 2008, was a massive success that influenced an entire generation of games within space/horror genre. Despite the … END_OF_DOCUMENT_TOKEN_TO_BE_REPLACED

After months of speculation regarding the release of an upgraded Switch system, Nintendo finally revealed its latest gaming system — the Nintendo Switch OLED Model. The new Switch will release on October 8, costs $349.99, and offers a long list … END_OF_DOCUMENT_TOKEN_TO_BE_REPLACED

The Legend of Zelda: Breath of the Wild’s critical acclaim is often met with the counter of being “overrated” by some players. There are usually numerous reasons for this – both notable and ridiculous – but one of the … END_OF_DOCUMENT_TOKEN_TO_BE_REPLACED

I remember when I played my first Resident Evil. It was a gift and couldn’t wait to get it running in my old PS1. That old Capcom “this game contains scenes of explicit violence and gore” plastered on the … END_OF_DOCUMENT_TOKEN_TO_BE_REPLACED

At the beginning of one mission, you are marked for dead by the organization you work for. Your handler has no idea what happened but informs you that they are coming for … END_OF_DOCUMENT_TOKEN_TO_BE_REPLACED

If you were to bet me $20 that Amazon would be making an MMORPG at some point, I would still find some reason to not give it to you. Amazon games announced 3 new PC games to try to … END_OF_DOCUMENT_TOKEN_TO_BE_REPLACED

The Legend of Zelda: Breath of the Wild’s critical acclaim is often met with the counter of being “overrated” by some players. There are usually numerous reasons for this – both notable and ridiculous – but one of the … END_OF_DOCUMENT_TOKEN_TO_BE_REPLACED

I don’t play a lot of Apex Legends anymore. I enjoyed the game for a while, but there aren’t many games I’ve stayed with consistently over the long haul since the lost years of World of Warcraft. These days there … END_OF_DOCUMENT_TOKEN_TO_BE_REPLACED

Diehard fans of Call of Duty’s groundbreakingly successful battle royale – Warzone – have been eagerly anticipating the release of a new map for months now. … END_OF_DOCUMENT_TOKEN_TO_BE_REPLACED

While Super Smash Brothers for the Wii U and 3DS has been out for just over a year and the recent announcement of Cloud joining the roster garnering a massive amount of hype, many fans of the fighting game … END_OF_DOCUMENT_TOKEN_TO_BE_REPLACED

I’ll admit that I’ve never been a fan of visual novels. I have nothing against them; it just isn’t a genre I’m interested in. That said, MangaGamer’s announcement a while back that their upcoming Steam release of Kindred Spirits … END_OF_DOCUMENT_TOKEN_TO_BE_REPLACED

Black Shell Media is a multimedia marketing and PR studio specializing in distribution and publishing of indie games! We do a lot of marketing and work with websites, … END_OF_DOCUMENT_TOKEN_TO_BE_REPLACED

Wondering if you can run Halo Infinite on your laptop or desktop? Sure, why not? Halo Infinite has launched in open beta mode (Nov. 16, 2021) and will officially release on Dec. 8, 2021. The game is the sixth in … END_OF_DOCUMENT_TOKEN_TO_BE_REPLACED