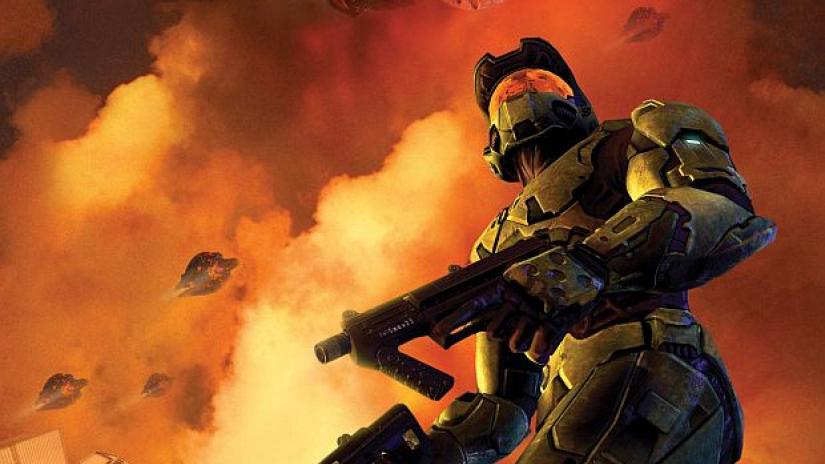 With the possible exception of 1998 and 2007, 2004 might just be the best year for video games ever. It was a special time that saw some of the best games ever made released within a few weeks of each other.

15 years later, though, which game was best of the best? Our premise is simple: if you played these games today, which one would hold up best? We’re basically re-reviewing these games from a modern perspective.

Before we get into the best games of 2004 as it stands today, though, here are some games that didn’t make the list:

The game that basically forced EA to create a Madden monopoly is still one of the best football sims ever. 2K5’s content offerings have yet to be beat even if some of its best ideas have since been featured in other titles.

As time goes on and wrestling games become more…complacent, it’s easier to love Def Jam: Fight for NY. This bizarre fighting game was the true mechanical successor to the N64’s best wrestling titles and remains one of the most enjoyable experiences in its genre.

Even Insomniac’s 2018 Spider-Man game was compared to this sleeper hit adaptation from 2004. Spider-Man 2’s open-world web-slinging was a revolutionary form of video game traversal that was both something people had always asked for and something that nobody could have anticipated.

As FPS games become more complicated, it’s easier to love something like Painkiller. This retro-inspired shooter emphasized fast-paced action at a time when the genre was becoming slower and more cinematic. Honestly, it’s one of the most enjoyable overall games of 2004.

Bloodlines was buggy and often too ambitious for its own good. It was also a game that pushed the boundaries of role-playing possibilities in 3D PC titles. To this day, it’s hard to find a game that allows you to really create and grow a character in a unique world quite like this one does.

Star Wars: KOTOR 2 is arguably most famous for its incomplete ending, but it’s the rest of the game that deserves to be remembered. KOTOR 2 features one of the darkest, most complex, and most memorable Star Wars stories told in any medium.

Unreal Tournament 2004 was favorably received upon its release, but this is another game that has improved over the years. We don’t really get this style of fast-paced competitive shooter anymore, and even in the heyday of the genre, no game offered what 2004 did in terms of its various modes, incredible arsenal, and great maps.

Who would have thought that a game where you play a space prince who must roll increasingly large balls of garbage could be one of the best games of a historically great year? Katamari Damacy remains one of the strangest essential gaming experiences.

Here’s what we’re sure will be the first upset of the list.

Halo 2’s campaign flaws may hold it back from ranking higher amongst the best games of 2004, but it’s not like the campaign doesn’t have some historically memorable moments. Besides, it’s Halo 2’s multiplayer and what it did for the popularity of online play on consoles that makes it one of the best.

While some prefer the open-world design of Burnout Paradise, the Burnout series was never mechanically stronger than it was in Burnout 3: Takedown. Besides, Burnout’s streamlined arcade gameplay helps separate it from nearly every notable racing game that has come out since.

One of the most anticipated games of all-time has lost a little luster over the years due largely to the fact that it forced the genre to evolve, and subsequent similar games in the genre did just that rather quickly. Even amongst its direct competition, though, few shooters feature the seamless storytelling, near-perfect pacing, and amazing level design that make Half-Life 2 what it is.

Before games like God of War and even Batman: Arkham Asylum changed the nature of 3D gaming combat, Ninja Gaiden offered a more deliberate action gaming experience. It was brutally difficult, but unlike a game like Dark Souls, it featured fast-paced action that demanded perfect reflexes. The result is a nearly perfect blend of old-school 2D action titles and 3D gaming.

Metal Gear Solid 3 might just be the best Metal Gear Solid game ever and Hideo Kojima’s masterpiece. Its blend of survival and stealth-based gameplay complemented the game’s outlandish characters and strange story perfectly. This is the game that showcases what the Metal Gear Solid series has to offer, but it also manages to stand tall outside the infamy of the franchise and its creator.

It’s hard to argue against anyone who says that GTA: San Andreas is the best GTA game ever. Its world was designed in such a way as to feel larger than the ones in subsequent sequels (even if it really wasn’t). It was packed with an almost absurd amount of things to do. Its missions, stories, and characters rank among the franchise’s best offerings. San Andreas remains a special experience.

It’s pretty obvious now that we all get to play WoW Classic, but yes, World of Warcraft really was the best game of 2004. World of Warcraft refined the MMO experience at the time of its release and remains arguably the best example of what the genre has to offer. Despite the inspirations and successors, there’s really nothing quite like WoW.

Can Homeworld 3 Succeed in Reviving the Franchise?

DLC and the Death of Expansions

(Updated 4/18/22) Even at a time when it feels like every game is being adapted into a show or movie, the news that Twisted Metal is being turned into a TV series stands out. Why? Well, it probably has … END_OF_DOCUMENT_TOKEN_TO_BE_REPLACED

(Updated 4/15/22) The reveal of the Mortal Kombat movie trailer and news that Street Fighter characters are joining the Fortnite roster has both legendary franchises on the minds of gamers everywhere. So, it’s only natural that fans have also … END_OF_DOCUMENT_TOKEN_TO_BE_REPLACED

Do so, and you’ll probably find that T END_OF_DOCUMENT_TOKEN_TO_BE_REPLACED

Do so, and you’ll probably find that T END_OF_DOCUMENT_TOKEN_TO_BE_REPLACED

I remember when I played my first Resident Evil. It was a gift and couldn’t wait to get it running in my old PS1. That old Capcom “this game contains scenes of explicit violence and gore” plastered on the … END_OF_DOCUMENT_TOKEN_TO_BE_REPLACED

At the beginning of one mission, you are marked for dead by the organization you work for. Your handler has no idea what happened but informs you that they are coming for … END_OF_DOCUMENT_TOKEN_TO_BE_REPLACED

(Updated 4/18/22) Even at a time when it feels like every game is being adapted into a show or movie, the news that Twisted Metal is being turned into a TV series stands out. Why? Well, it probably has … END_OF_DOCUMENT_TOKEN_TO_BE_REPLACED

(Updated 4/15/22) The reveal of the Mortal Kombat movie trailer and news that Street Fighter characters are joining the Fortnite roster has both legendary franchises on the minds of gamers everywhere. So, it’s only natural that fans have also … END_OF_DOCUMENT_TOKEN_TO_BE_REPLACED

The Legend of Zelda: Breath of the Wild’s critical acclaim is often met with the counter of being “overrated” by some players. There are usually numerous reasons for this – both notable and ridiculous – but one of the … END_OF_DOCUMENT_TOKEN_TO_BE_REPLACED

While Super Smash Brothers for the Wii U and 3DS has been out for just over a year and the recent announcement of Cloud joining the roster garnering a massive amount of hype, many fans of the fighting game … END_OF_DOCUMENT_TOKEN_TO_BE_REPLACED

I’ll admit that I’ve never been a fan of visual novels. I have nothing against them; it just isn’t a genre I’m interested in. That said, MangaGamer’s announcement a while back that their upcoming Steam release of Kindred Spirits … END_OF_DOCUMENT_TOKEN_TO_BE_REPLACED

Black Shell Media is a multimedia marketing and PR studio specializing in distribution and publishing of indie games! We do a lot of marketing and work with websites, … END_OF_DOCUMENT_TOKEN_TO_BE_REPLACED