Where Do Games Go When They Die? 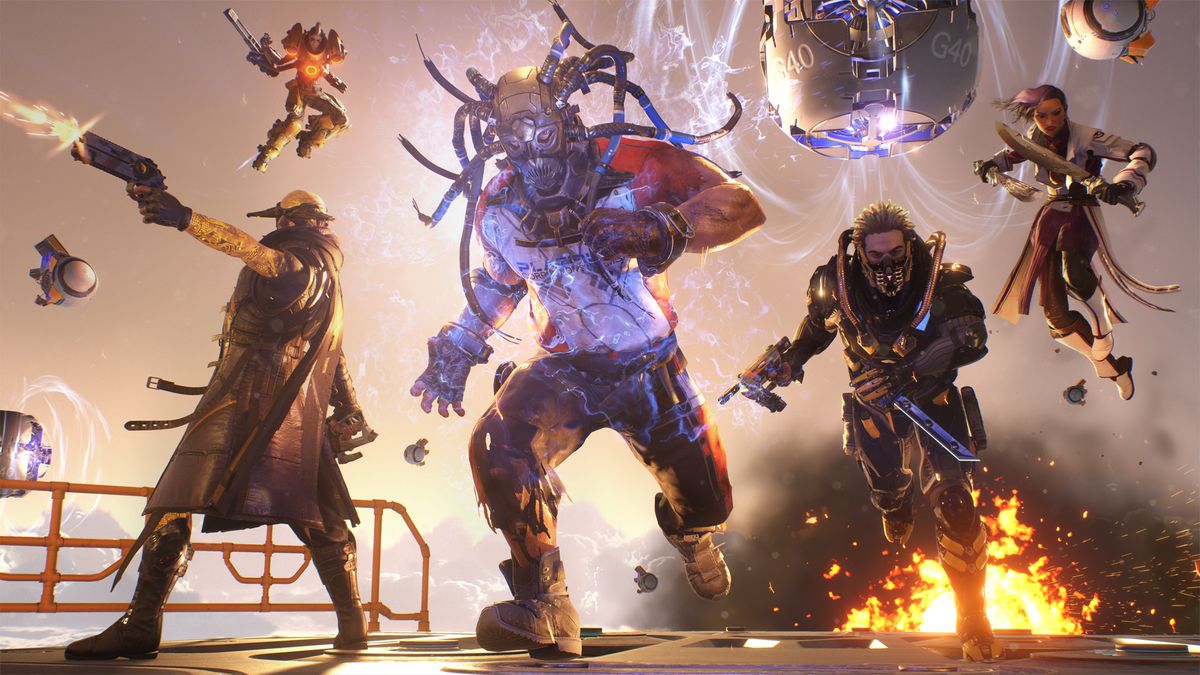 As we trend ever deeper into a world of games that require servers maintained by the developer or publisher, we see more and more games disappearing from the world. What was once a fate reserved for MMORPGs like The Matrix Online, has now extended to multiplayer-only online games and even some single-player games that are sold as Games as a Service. In this case, even a game you can play solo can be taken away at the whim of those running the servers. What happens next?

Well in most situations, nothing. Games shut down every year with minimal warning and little hope of existing in the future. Though I haven’t had a game I am actively playing shut down, there have been many shut down that I spent a good amount of time enjoying in the past. The most obvious is Planetside, one of the first MMOs featuring real-time first-person shooting. It was a trailblazer that had addictive gameplay and massive battles, but after the launch and subsequent mediocrity of Planetside 2, the servers went dark July 1, 2016.

Hawken was a game that I was excited for from the moment I first saw the trailers. Mech games are always alluring to me, but this one played a lot more like a first-person shooter with only some of the stiff movement limitations typical of mechs. Sadly, however, they shut down the game in January of 2018 on PC. It was removed from Steam along with the servers for that platform, but apparently, it’s still available on PS4 and Xbox One – though I’m not sure if the community is still active.

There are some games, in special circumstances, that fans in the community revive and create servers. One game I played many years ago, 10Six, had a short run before being shut down in May of 2002. The game had lofty aspirations of getting a million players to fill its million plots of land (hence the 10^6 title), but in the early days of MMORPGs, it didn’t garner much popularity. The Sega-crafted PC game ended along with much of Sega’s online presence at the time.

That wasn’t the end though, recently I discovered that the game was relaunched under the name Project Visitor. Either by a former developer or by just fans, the game is now fully accessible (with a subscription). Given how long the game has been in this state, it seems as though they’ve established whatever is necessary to continue its existence – as long as it’s not using the original name. It features all of the same gameplay along with many updates that were created after the game was shut down.

Another story in the saga of revived games is City of Heroes. This MMORPG featuring players building and playing their unique superheroes and ran from 2004 to 2012 before it was shut down. In secret, the game was kept alive through some code that allowed an organization to create a private server. Somehow, this wasn’t discovered publicly until April of this year, which in itself is an amazing feat of secrecy. The game, as of right now, is still being allowed to continue privately despite NCsoft still owning the IP. It stands as one of the most unique stories of the death and rebirth of a game if only because such a large population kept it a secret for so long.

Every year more games are released that will ultimately be shut down when their popularity wanes. Last year two notable games with solid initial development shut down after short runs: Lawbreakers and Paragon. Boss Key Productions ultimately went on to make Radical Heights, a game shut down even before it made it out of early access. The company ceased operations not long after its release, making any future for it a lost cause. Epic Games, as we all know, survived Paragon’s failure and ultimately released the game’s assets free for people to use in the Unreal Engine.

This situation is one that was inevitable with the growth of online gaming. The cost of maintaining servers, especially servers that can handle processing portions of game functionality, is something that will be a significant cost for the foreseeable future. When games can’t generate enough revenue to keep them running the only choice is to shut them down. The graceful part of this is that, in general, popular games will have a life long enough to maintain their online capabilities. I hope that the future will bear publishers and developers willing to let their communities maintain a game that would otherwise be shut down. That is, in my view, the only way to keep games people love viable to play for the public.

Have you ever had a game you play or have played shut down? Was it completely unexpected or did you see it coming? What’s the next game you see being shut down (and why is it not Anthem)?

Why The Last of Us Part 2 Needs a Multiplayer Mode

Welcome ghouls, beasts, tricksters, and every horrific being known to man. The spooky season is upon us and I figured I would indulge in the festivities in my own way. Thus, I have come up with a satirical take on … END_OF_DOCUMENT_TOKEN_TO_BE_REPLACED

In 2020 it was revealed developer IO Interactive was working on a James Bond game known as Project 007 which, understandably, shook the video game world. Still in production, there’s a possibility that their James Bond game could be the … END_OF_DOCUMENT_TOKEN_TO_BE_REPLACED

Do so, and you’ll probably find that T END_OF_DOCUMENT_TOKEN_TO_BE_REPLACED

I remember when I played my first Resident Evil. It was a gift and couldn’t wait to get it running in my old PS1. That old Capcom “this game contains scenes of explicit violence and gore” plastered on the … END_OF_DOCUMENT_TOKEN_TO_BE_REPLACED

At the beginning of one mission, you are marked for dead by the organization you work for. Your handler has no idea what happened but informs you that they are coming for … END_OF_DOCUMENT_TOKEN_TO_BE_REPLACED

The history of gaming isn’t that old compared to other artistic and entertainment mediums. Many people have lived through the entirety of video game history, and more people have seen most of it. As such, you’d think that the … END_OF_DOCUMENT_TOKEN_TO_BE_REPLACED

(Updated 4/18/22) Even at a time when it feels like every game is being adapted into a show or movie, the news that Twisted Metal is being turned into a TV series stands out. Why? Well, it probably has … END_OF_DOCUMENT_TOKEN_TO_BE_REPLACED

(Updated 4/15/22) The reveal of the Mortal Kombat movie trailer and news that Street Fighter characters are joining the Fortnite roster has both legendary franchises on the minds of gamers everywhere. So, it’s only natural that fans have also … END_OF_DOCUMENT_TOKEN_TO_BE_REPLACED

While Super Smash Brothers for the Wii U and 3DS has been out for just over a year and the recent announcement of Cloud joining the roster garnering a massive amount of hype, many fans of the fighting game … END_OF_DOCUMENT_TOKEN_TO_BE_REPLACED

I’ll admit that I’ve never been a fan of visual novels. I have nothing against them; it just isn’t a genre I’m interested in. That said, MangaGamer’s announcement a while back that their upcoming Steam release of Kindred Spirits … END_OF_DOCUMENT_TOKEN_TO_BE_REPLACED

Black Shell Media is a multimedia marketing and PR studio specializing in distribution and publishing of indie games! We do a lot of marketing and work with websites, … END_OF_DOCUMENT_TOKEN_TO_BE_REPLACED

Welcome ghouls, beasts, tricksters, and every horrific being known to man. The spooky season is upon us and I figured I would indulge in the festivities in my own way. Thus, I have come up with a satirical take on … END_OF_DOCUMENT_TOKEN_TO_BE_REPLACED

The month of October is here, and the spooky festivities are starting. However, it is still key to be aware of the other important events happening around this time of the year. For example, October is Breast Cancer Awareness month. … END_OF_DOCUMENT_TOKEN_TO_BE_REPLACED