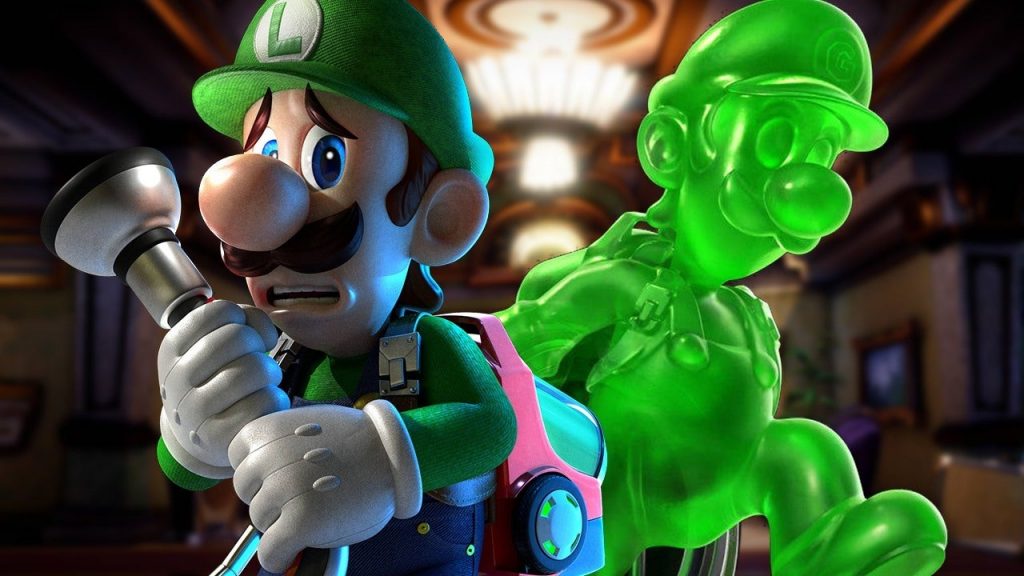 Looking for a game to play with others that doesn’t force you to compete with your friends? You’re looking for one of the best co-op games of 2019.

It’s been a great year for co-op titles, which is somewhat surprising given that the industry for such experiences wasn’t exactly bountiful not too long ago. Regardless, 2019 offered plenty of excuses to try to get along with others at least for a little while. 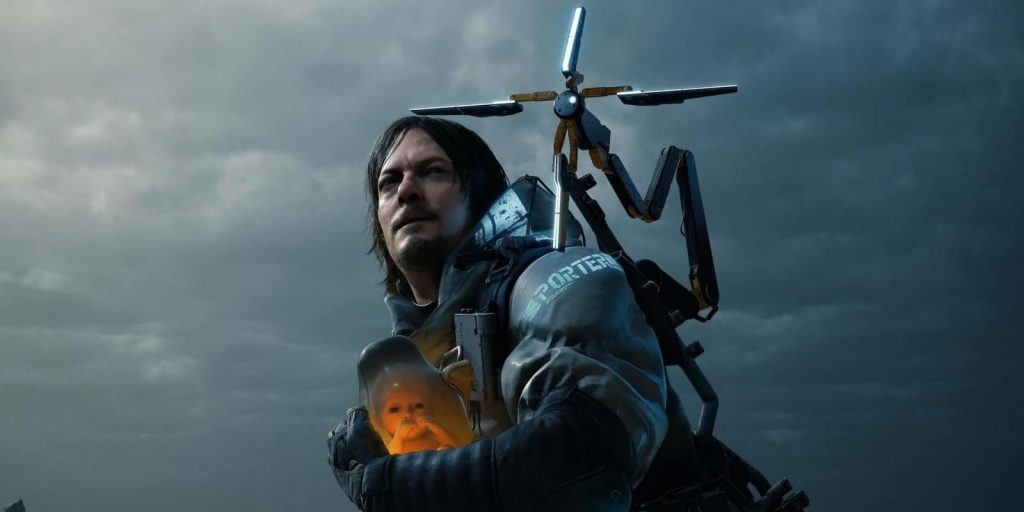 We’re going to look at a few unique co-op games on this list, but none is more unique than Death Stranding.

On the surface, Death Stranding isn’t a co-op game. Actually, it doesn’t even appear to be a multiplayer game. Yet, the game’s central mechanic is based on the idea that you share this world with others and get to benefit from the structures that everyone builds.

Many of the best moments in Death Stranding occur when you get to help others and enjoy the help they’ve provided. It’s one thing that this controversial game excels at. 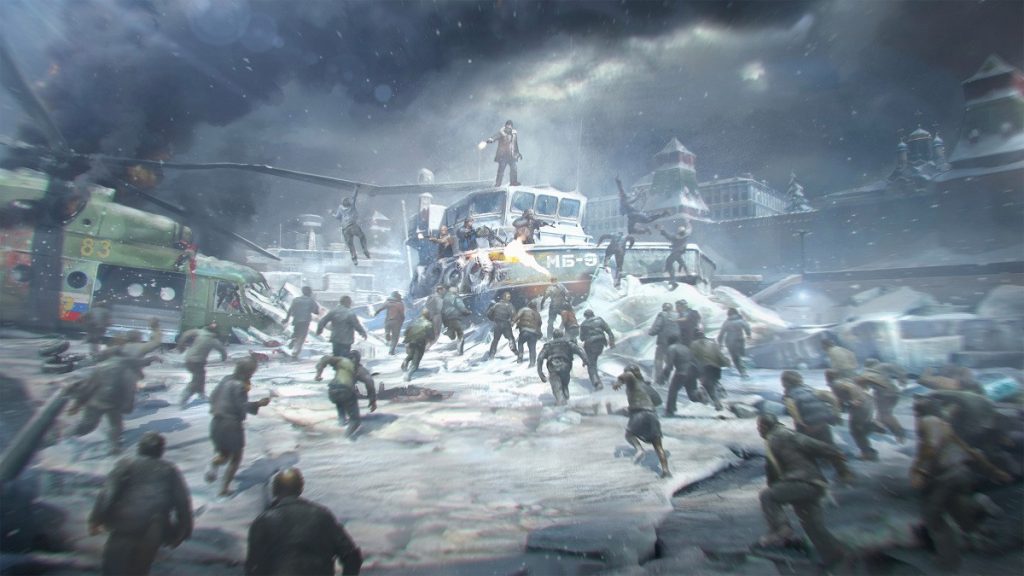 World War Z didn’t get enough love when it was released, and it’s not getting enough love as we enter awards season. However, it remains the best game of its kind since Left 4 Dead.

World War Z taps into the inherent fun of shooting zombies with others, but it raises the stakes by increasing the number of zombies on-screen and adding a few slightly more complex mechanics. The result is a meatier co-op shooter that offers hours of enjoyment. 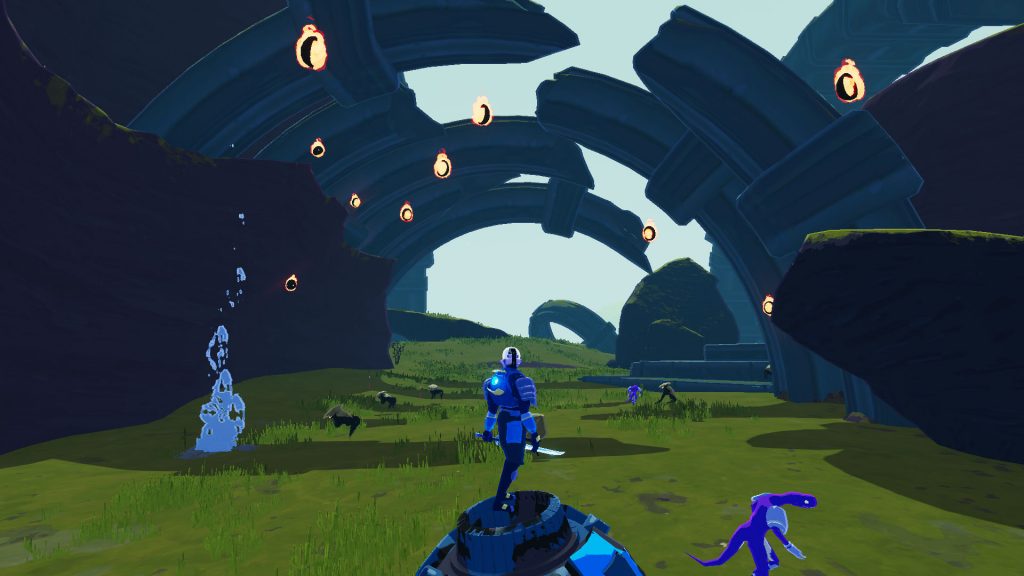 We’ve spoken about Risk of Rain 2 when talking about the most underrated games of the year, and it’s certainly deserving of being honored as one of 2019’s best co-op titles.

This ambitious roguelike manages to add more players to the genre formula without compromising the difficulty and inherent appeal that makes that genre special. It’s simple, challenging, and utterly addictive, and you can share the whole thing with your friends. 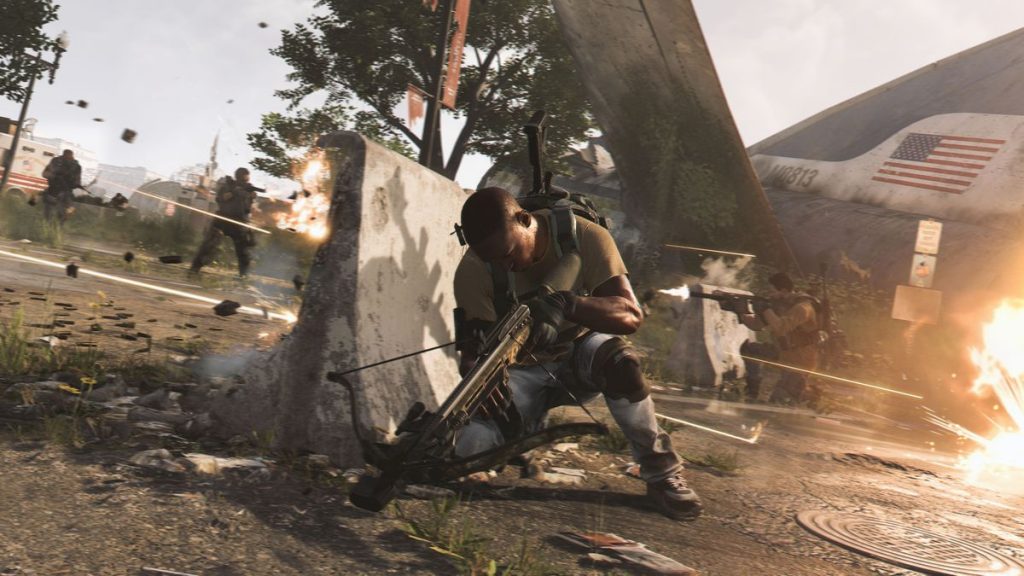 The Division 2 got swallowed by Anthem and the hype of the Destiny 2 Activision/Bungie split, but it may just be the best online multiplayer shooter of 2019.

It’s also one of the most enjoyable to play with friends. The Division 2’s mission structure and co-op incentives beg for you to invite people to play with and rewards you tangibly and with real-life experience for deciding to do so. 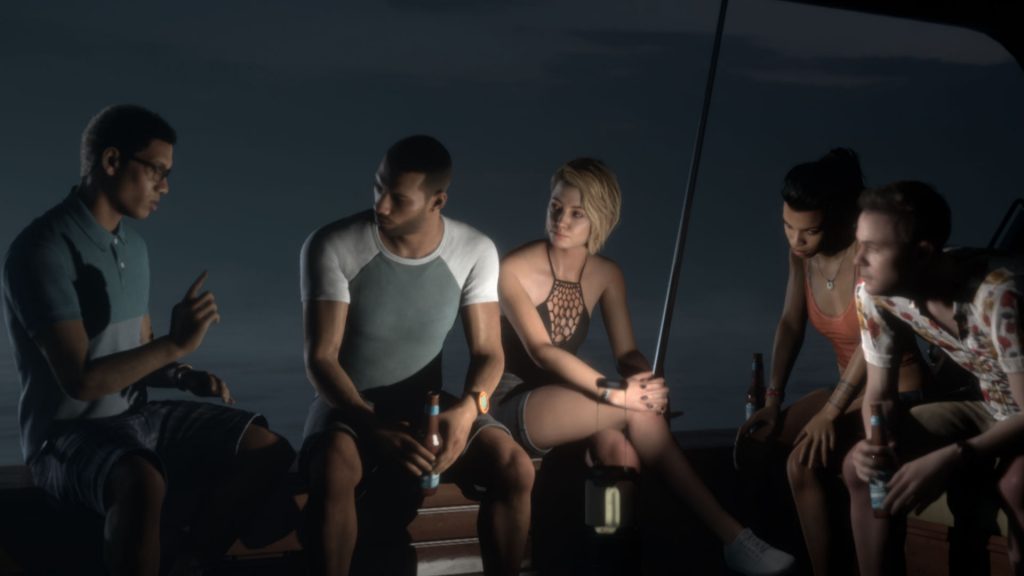 Along with Death Stranding, Man of Medan is one of the most unique co-op experiences that we’re highlighting on this list. In fact, it’s so unique that we can’t really dive into it without spoiling its best moments.

However, the long and short of it is that Man of Medan manages to turn the best aspects of Until Dawn into a true co-op experience. If you’ve ever wanted to share a horror game with others, Man of Medan offers something truly special.

Remnant From the Ashes 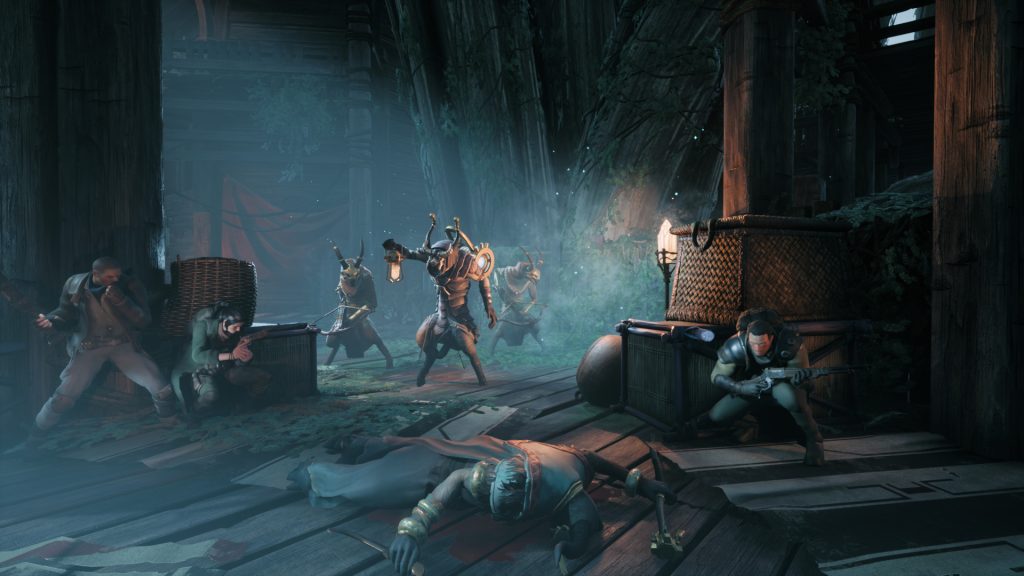 The elevator pitch for Remnant From the Ashes basically boils down to “co-op shooter Dark Souls,” and that’s basically what you get here. There’s more to it than that, but if that idea gets you excited, then Remnant will certainly deliver.

Remnant From the Ashes taps into that wonderful level of challenge that the Dark Souls series offers while allowing you to share it all with your friends. It also benefits from some truly excellent shooting mechanics. 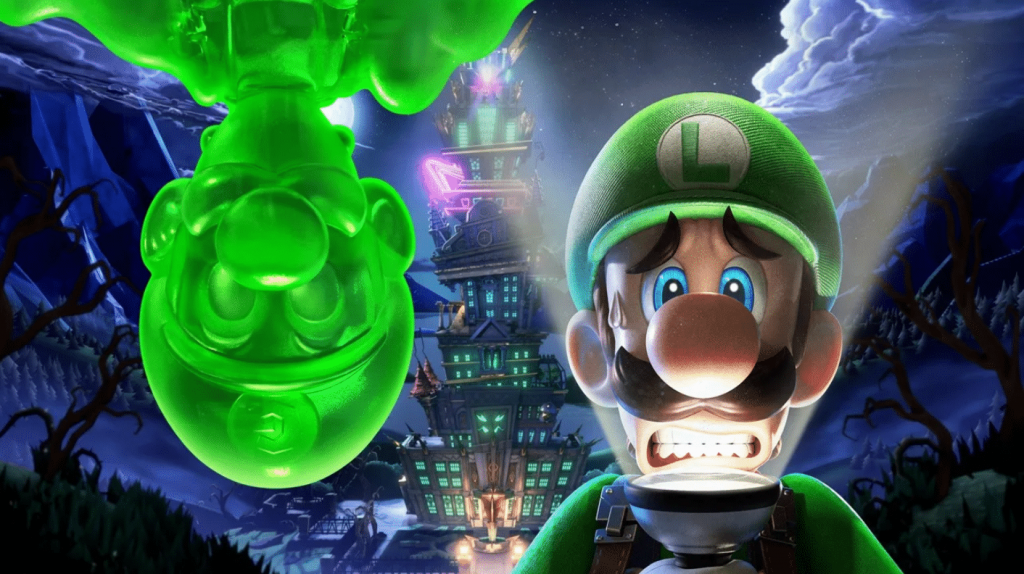 Luigi’s Mansion 3 is another game that didn’t get enough love in 2019, and that’s especially true of its surprisingly excellent co-op mode.

You may initially think that Luigi’s Mansion 3’s co-op mode is “tacked-on,” but for a feature that wasn’t clearly advertised, the ability to play this game with others proves to be a surprisingly deep (some would argue it’s optimal) way to play the game. It’s also great to play with children and other inexperienced gamers. 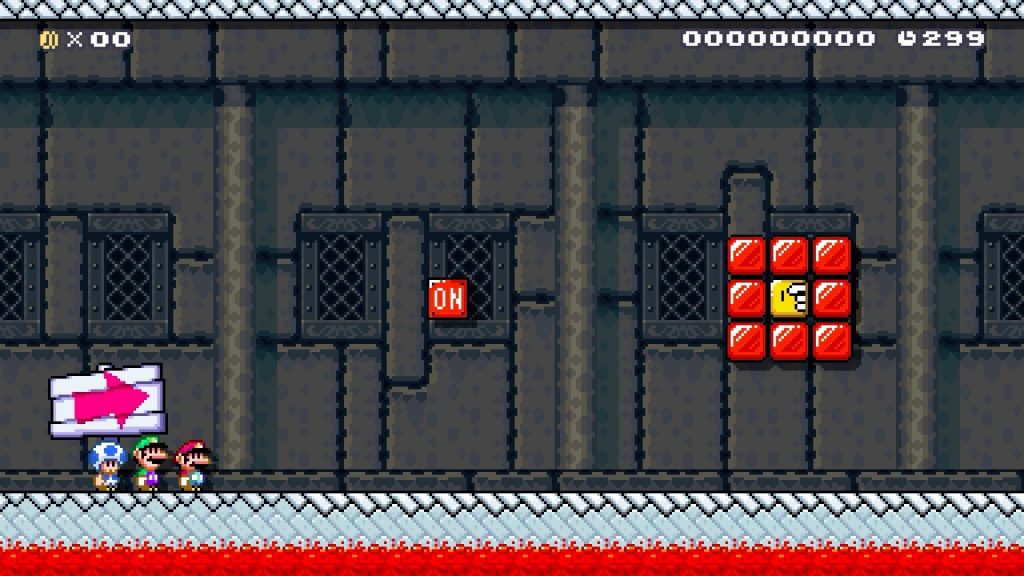 Super Mario Maker 2 kind of came and went this year, which might have something to do with how it only really improved upon the already great Mario Maker formula in incremental ways.

Still, one of its best improvements was the addition of a co-op mode. While it’s not quite everything that it could have been, Super Mario Maker 2’s co-op levels still allow you to experience the creative brilliance of this game with others. That makes it an invaluable addition to this series. 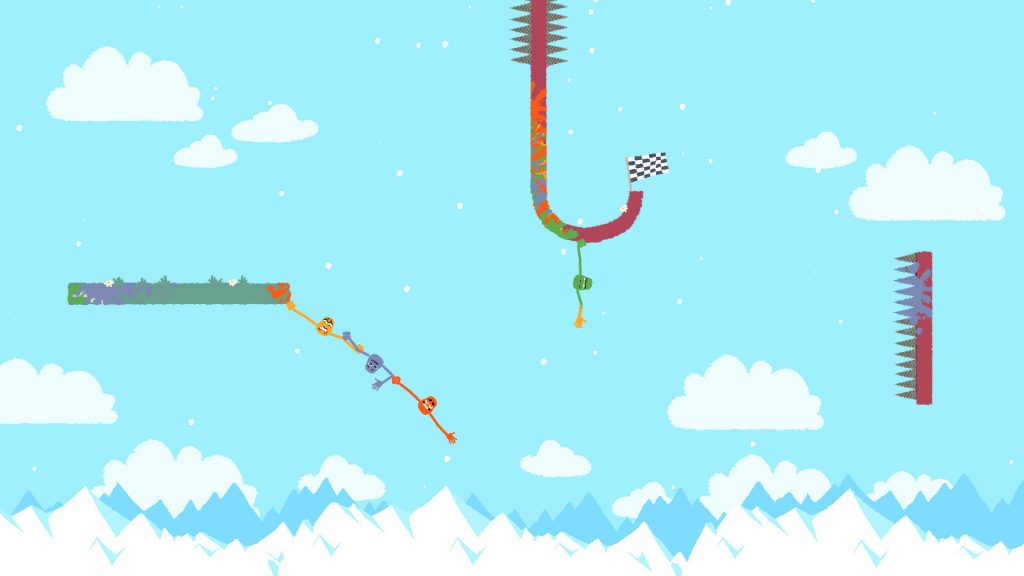 Heave Ho won’t show up on too many game of the year lists, but it most certainly deserves to be included on any list of the year’s best co-op experiences.

The game’s basic premise sees you work with others to make bridges across deadly platforming levels. It’s a simple concept that proves to be excitingly challenging once you try to actually work with others. It’s a lot like Overcooked and other great co-op games in that respect. 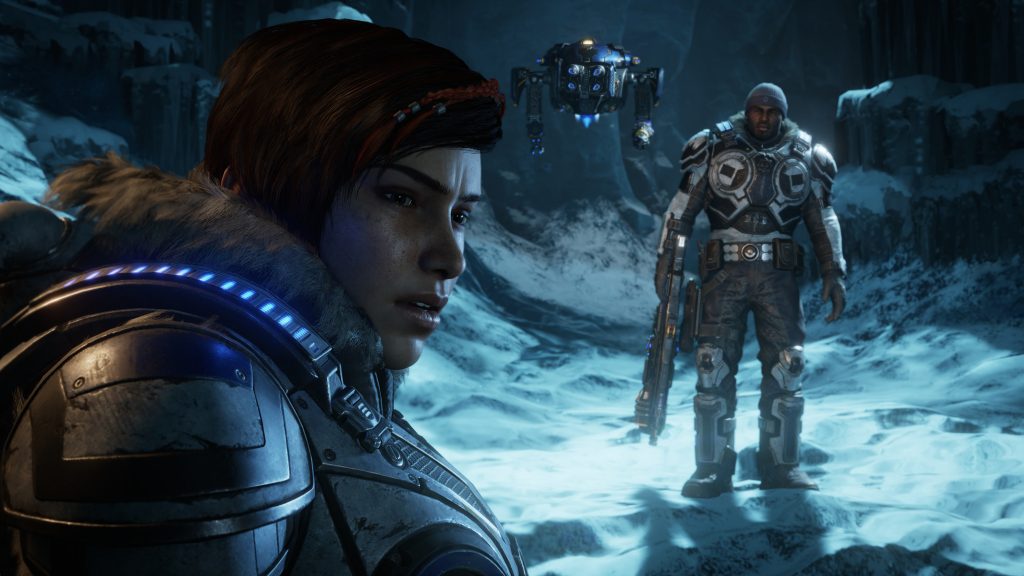 The Gears series has settled into a sometimes frustrating groove at this point, but it still offers one of the best co-op experiences of 2019.

Gears 5’s co-op offerings may not appeal to those who just want to experience the Gears story with their friends, but it offers a fascinating way to enjoy the franchise’s famous shooter gameplay with others. It’s arguably one of the best reasons to download the game.

The science-fiction horror game, originally released in 2008, was a massive success that influenced an entire generation of games within space/horror genre. Despite the … END_OF_DOCUMENT_TOKEN_TO_BE_REPLACED

After months of speculation regarding the release of an upgraded Switch system, Nintendo finally revealed its latest gaming system — the Nintendo Switch OLED Model. The new Switch will release on October 8, costs $349.99, and offers a long list … END_OF_DOCUMENT_TOKEN_TO_BE_REPLACED

The Legend of Zelda: Breath of the Wild’s critical acclaim is often met with the counter of being “overrated” by some players. There are usually numerous reasons for this – both notable and ridiculous – but one of the … END_OF_DOCUMENT_TOKEN_TO_BE_REPLACED

I remember when I played my first Resident Evil. It was a gift and couldn’t wait to get it running in my old PS1. That old Capcom “this game contains scenes of explicit violence and gore” plastered on the … END_OF_DOCUMENT_TOKEN_TO_BE_REPLACED

At the beginning of one mission, you are marked for dead by the organization you work for. Your handler has no idea what happened but informs you that they are coming for … END_OF_DOCUMENT_TOKEN_TO_BE_REPLACED

If you were to bet me $20 that Amazon would be making an MMORPG at some point, I would still find some reason to not give it to you. Amazon games announced 3 new PC games to try to … END_OF_DOCUMENT_TOKEN_TO_BE_REPLACED

The Legend of Zelda: Breath of the Wild’s critical acclaim is often met with the counter of being “overrated” by some players. There are usually numerous reasons for this – both notable and ridiculous – but one of the … END_OF_DOCUMENT_TOKEN_TO_BE_REPLACED

I don’t play a lot of Apex Legends anymore. I enjoyed the game for a while, but there aren’t many games I’ve stayed with consistently over the long haul since the lost years of World of Warcraft. These days there … END_OF_DOCUMENT_TOKEN_TO_BE_REPLACED

Diehard fans of Call of Duty’s groundbreakingly successful battle royale – Warzone – have been eagerly anticipating the release of a new map for months now. … END_OF_DOCUMENT_TOKEN_TO_BE_REPLACED

While Super Smash Brothers for the Wii U and 3DS has been out for just over a year and the recent announcement of Cloud joining the roster garnering a massive amount of hype, many fans of the fighting game … END_OF_DOCUMENT_TOKEN_TO_BE_REPLACED

I’ll admit that I’ve never been a fan of visual novels. I have nothing against them; it just isn’t a genre I’m interested in. That said, MangaGamer’s announcement a while back that their upcoming Steam release of Kindred Spirits … END_OF_DOCUMENT_TOKEN_TO_BE_REPLACED

Black Shell Media is a multimedia marketing and PR studio specializing in distribution and publishing of indie games! We do a lot of marketing and work with websites, … END_OF_DOCUMENT_TOKEN_TO_BE_REPLACED

Wondering if you can run Halo Infinite on your laptop or desktop? Sure, why not? Halo Infinite has launched in open beta mode (Nov. 16, 2021) and will officially release on Dec. 8, 2021. The game is the sixth in … END_OF_DOCUMENT_TOKEN_TO_BE_REPLACED