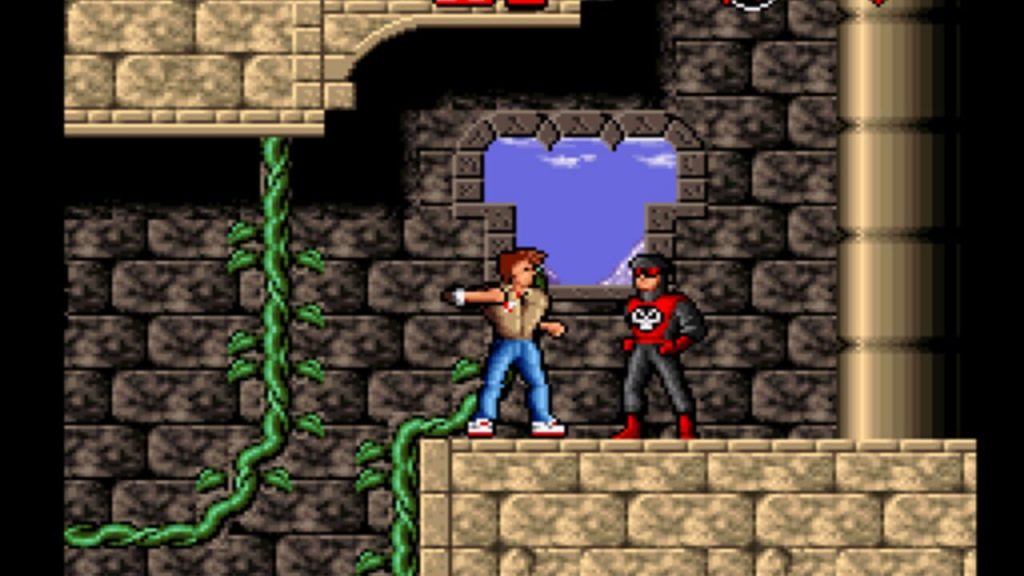 In 2020 it was revealed developer IO Interactive was working on a James Bond game known as Project 007 which, understandably, shook the video game world. Still in production, there’s a possibility that their James Bond game could be the best ever made.

These are the five worst James Bond games ever made. 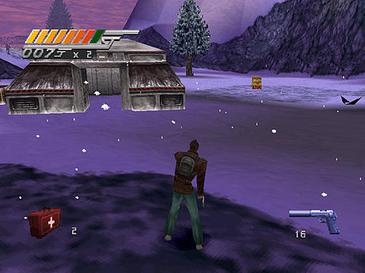 If I’m being honest, there are worse Bond games than Tomorrow Never Dies. Some of the older Bond titles or Goldeneye: Rogue Agent could easily occupy this spot.

However, Tomorrow Never Dies holds a special spot in many people’s memories due to the fact it was the James Bond game that PlayStation fans had to rely on while N64 gamers were spending sleepless nights with GoldenEye 007. It was never close to being close enough.

The game was also pretty bad in its own right, even if it falls short of all-time bad status. Picture a worse version of Syphon Filter with that game’s creative weapons and action sequences, and you’ll have a pretty good idea of what Tomorrow Never Dies had to offer. Honestly, the PlayStation would never get a Bond game that came close to competing with GoldenEye. 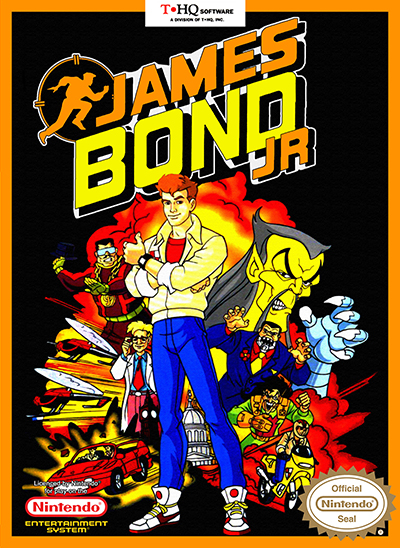 The whole James Bond Jr. concept has always been odd. So James Bond has a nephew whose life as a teenage spy often mimics that of his uncle’s? Even for a time when everything was being turned into a cartoon, that’s a pretty weak premise.

Somehow, though, the James Bond Jr. games manage to be much worse than the show. Both the NES and SNES versions of the game are pretty bad, but it’s the SNES edition that feels worthy of real scorn. Despite benefiting from the console’s increased processing power, the game plays like the abandoned project of a high school student developer.

Again, there was potential for this adaption to actually be a fairly enjoyable platformer, but a complete lack of effort turns this into an embarrassing curiosity. 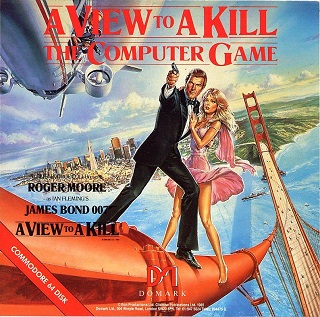 The only reason that A View to A Kill doesn’t take the top spot on this list is that it was made in 1985. You kind of have to give games from that era a little credit compared to more modern titles (with one exception we’ll discuss in a bit).

Still, the Commodore 64 version of A View to A Kill is indefensible. The text adventure edition of this title works well enough, but the developers of this game attempted to create a visual adventure for Bond that largely consists of awkward driving sequences. No amount of begrudging credit for ambition makes it easy to forgive this game for its awful glitch-filled gameplay that is borderline unplayable.

I don’t know if it’s possible to actually like this game. 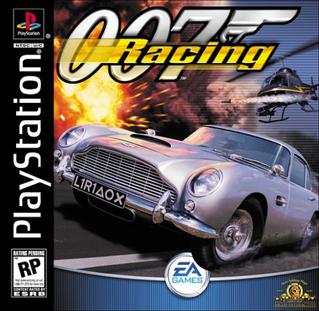 I fully understand if you clicked on this article expecting to see this game in the top spot, but the truth of the matter is that I have to give 007 Racing credit for at least thinking outside the box. There’s a world where this game was actually a fun distraction.

Unfortunately, we don’t live in that world. We live in the other world where 007 Racing is ruined by ungodly controls, poor level design, and an absolutely unforgivable hesitance to embrace anything fun.

007 Racing could have been a series of compelling racing missions, a Mario Kart-esque racing title, or a Twisted Metal-like car combat multiplayer game. It was somehow a little of all of those things and yet not enough of any of them. 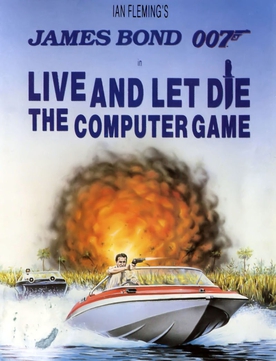 Given what we’ve looked at thus far, you may be wondering what makes Live so “special.” Why is it worthy of the honor of the worst James Bond game ever made?

Well, the main reason is that it’s not really a James Bond game at all. This was just going to be a generic boat action game before its publishers realized that there was a boat in the latest James Bond movie and they could just slap the license onto what they already had.

We’ve seen some lazy Bond games in the past, but it’s a special kind of lazy to have a James Bond game that was almost literally thrown together at the last minute.

HBO Max Original Series The Last of Us Trailer Released

Snowfall is here and it is time to cheer! Sorry about that… As different video games pump out their holiday events, plenty get swept under the radar. If you are tired from playing the multiple FPS holiday events … END_OF_DOCUMENT_TOKEN_TO_BE_REPLACED

Welcome ghouls, beasts, tricksters, and every horrific being known to man. The spooky season is upon us and I figured I would indulge in the festivities in my own way. Thus, I have come up with a satirical take on … END_OF_DOCUMENT_TOKEN_TO_BE_REPLACED

Do so, and you’ll probably find that T END_OF_DOCUMENT_TOKEN_TO_BE_REPLACED

I remember when I played my first Resident Evil. It was a gift and couldn’t wait to get it running in my old PS1. That old Capcom “this game contains scenes of explicit violence and gore” plastered on the … END_OF_DOCUMENT_TOKEN_TO_BE_REPLACED

At the beginning of one mission, you are marked for dead by the organization you work for. Your handler has no idea what happened but informs you that they are coming for … END_OF_DOCUMENT_TOKEN_TO_BE_REPLACED

The history of gaming isn’t that old compared to other artistic and entertainment mediums. Many people have lived through the entirety of video game history, and more people have seen most of it. As such, you’d think that the … END_OF_DOCUMENT_TOKEN_TO_BE_REPLACED

(Updated 4/18/22) Even at a time when it feels like every game is being adapted into a show or movie, the news that Twisted Metal is being turned into a TV series stands out. Why? Well, it probably has … END_OF_DOCUMENT_TOKEN_TO_BE_REPLACED

(Updated 4/15/22) The reveal of the Mortal Kombat movie trailer and news that Street Fighter characters are joining the Fortnite roster has both legendary franchises on the minds of gamers everywhere. So, it’s only natural that fans have also … END_OF_DOCUMENT_TOKEN_TO_BE_REPLACED

While Super Smash Brothers for the Wii U and 3DS has been out for just over a year and the recent announcement of Cloud joining the roster garnering a massive amount of hype, many fans of the fighting game … END_OF_DOCUMENT_TOKEN_TO_BE_REPLACED

I’ll admit that I’ve never been a fan of visual novels. I have nothing against them; it just isn’t a genre I’m interested in. That said, MangaGamer’s announcement a while back that their upcoming Steam release of Kindred Spirits … END_OF_DOCUMENT_TOKEN_TO_BE_REPLACED

Black Shell Media is a multimedia marketing and PR studio specializing in distribution and publishing of indie games! We do a lot of marketing and work with websites, … END_OF_DOCUMENT_TOKEN_TO_BE_REPLACED

Snowfall is here and it is time to cheer! Sorry about that… As different video games pump out their holiday events, plenty get swept under the radar. If you are tired from playing the multiple FPS holiday events … END_OF_DOCUMENT_TOKEN_TO_BE_REPLACED

Amazon Prime members can get free games and free in-game content every month that last a certain amount of time. You can jump over to Amazon to sign-up for an account or navigate to the Prime Gaming section to see … END_OF_DOCUMENT_TOKEN_TO_BE_REPLACED