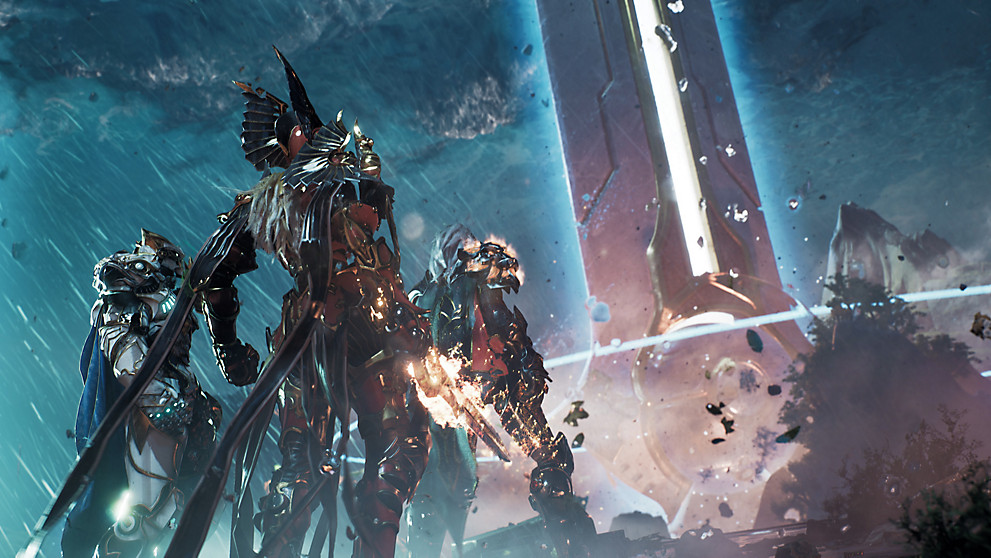 Recently, Sony shot down the idea that some PS5 games will run on the PS4. To some, it seemed like a silly idea in the first place. Why would next-gen games run on current-gen consoles? It’s never been that way before, so why should it be now?

Well, it turns out there are several good reasons why this should work. Here are just some of the reasons Sony should reconsider this idea

Xbox is Already (Kind of) Doing This

Microsoft has already confirmed that they do not intend to release any “exclusive” Xbox Series X titles for at least the first year. What that means is that all major Xbox Series X games will also be released for PC and Xbox One.

This isn’t quite the same as buying for one console and automatically getting a copy for another, but remember that Microsoft is pushing that very policy through Smart Delivery. With Sony already adopting some of Microsoft’s better ideas, this seems like another one they should borrow.

Remember that awesome Unreal Engine 5 demo we saw? There’s no way that will be possible on a current-gen console, right?

Yes, you’re right, but that’s not the point. PS5 games won’t look like that out of the gate. In fact, we’re probably not going to see games that truly run at that level for at least another year. Even if the PS4 would need to make some technical sacrifices, it’s likely that they would be rather small compared to offering PS4 gamers the chance to play new titles.

Another recent report suggests that Sony is informing developers that PS4 games released after a certain date need to be PS5 compatible. The idea seems to be that more recent PS4 games will be directly playable on PS5.

The Coronavirus Has Put the Industry in a…Strange Place

Recent global events have not only cast doubt on whether or not next-gen consoles will be able to be released on time, but they’ve severely impacted people’s lives. The fact of the matter is that many people may not be able to justify buying a new console later this year just to be an early adopter.

As such, it would be a tremendous act of consumer-friendliness for Sony to release PS4 versions of select PS5 games. By allowing PS4 gamers to hold on to their consoles for at least a little while longer, they can still reap the benefits of releasing a game to a massive install base without making people buy a new console.

At the end of the day, though, the biggest reason for Sony to enact such a policy is that “it’s always been this way” is rarely a good excuse for something to continue to be that way while a better option may exist.

The Last of Us Part 2 was only released to the general public today, but it’s already found itself at the center of various controversies. While we have no doubt the conversations surrounding these controversies will continue in the … END_OF_DOCUMENT_TOKEN_TO_BE_REPLACED

The reveal of the PlayStation 5 design has inspired a…passionate reaction. While not ever response to the console’s looks is negative, there are some who are being very vocal about their displeasure. Some are even calling it one of … END_OF_DOCUMENT_TOKEN_TO_BE_REPLACED

Warzone is a free-to-play battle royale title based on the technology that powered 2019’s Call of Duty: Modern Warfare. While Warzone was released months after Modern … END_OF_DOCUMENT_TOKEN_TO_BE_REPLACED

The Last of Us Part 2 was only released to the general public today, but it’s already found itself at the center of various controversies. While we have no doubt the conversations surrounding these controversies will continue in the … END_OF_DOCUMENT_TOKEN_TO_BE_REPLACED

Four years ago, Doom had nothing to lose and everything to gain. The perception of the series after Doom 3’s mediocre release and the franchise’s subsequent hiatus left few people even looking for another game in the series. However, id … END_OF_DOCUMENT_TOKEN_TO_BE_REPLACED

Recently, I finished Rage 2.  I set out in the game with the hope that it would deliver something reminiscent of the magnificence of Doom while drawing some of the enjoyable open-world aspects of an Avalanche developed game.  I … END_OF_DOCUMENT_TOKEN_TO_BE_REPLACED

PlayStation Now sounded like a pretty exciting service when it was first revealed in 2014. At the very least, it offered … END_OF_DOCUMENT_TOKEN_TO_BE_REPLACED

The distinction between “remaster” and “remake” has been getting blurrier over the years.  We are, without a doubt, in a time where both are becoming common in game development.  As we’ve seen with modern releases like Resident Evil 2 … END_OF_DOCUMENT_TOKEN_TO_BE_REPLACED

EA revealed an action-packed cinematic trailer today for Star Wars: Squadrons. While it lacked any definitive information about the gameplay, it did show off some nice looking combat with fighters slicing through asteroids and high above planets. However, we … END_OF_DOCUMENT_TOKEN_TO_BE_REPLACED

Grand Theft Auto V was released on PlayStation 3 not long before the PlayStation 4 was hit the market in 2013. In 2015 when the game was re-released, it seemed more than justifiable given its updates to graphics and … END_OF_DOCUMENT_TOKEN_TO_BE_REPLACED