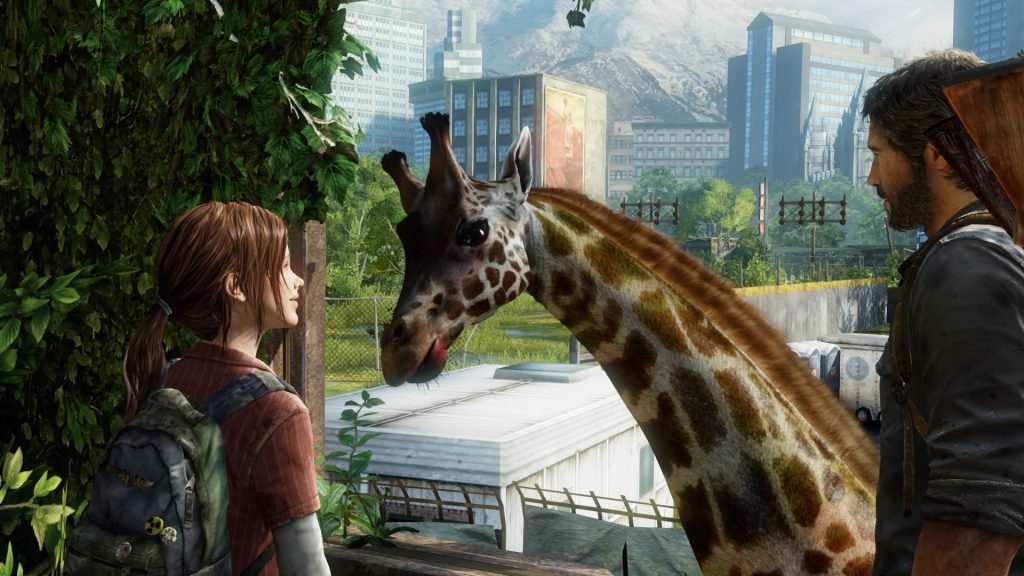 To better understand what an accomplishment that would be, we’re taking a look at Naughty Dog developed game in order to not only celebrate them but discover which was the best (and worst).

We’ll get to the rest of Naughty Dog’s older games in a bit, but this remains the almost definitive low-point of studio’s history.

Naughty Dog was in a rough place when they developed this simply awful fighting game for the equally bad 3DO console. This strictly worse version of Mortal Kombat remains an embarrassment on nearly every level.

We’re grouping these games together for the simple reason that they represent a very different time for gaming and Naughty Dog.

These relatively simple titles displayed a few of the properties that we associate with Naughty Dog as a studio. Some are slightly better than others, but the variations are too small to really dwell on.

This is an odd, largely forgettable part of Naughty Dog history. Released in 2005 for the PlayStation 2, Jak X: Combat Racing was essentially an updated and re-worked version of Crash Team Racing.

Yet, it never reaches the heights of CTR. This is a competent, somewhat enjoyable racing game that lacks personality and defining features.

The only thing about Crash Bandicoot is that its sequels improved greatly upon a formula that has aged…questionably. Still, Crash remains a historical standout.

To be honest, we absolutely understand if this is your favorite Crash Bandicoot game. It’s creative, fun, and features fantastic level design.

If we had to knock this game for something, though, it’s that it often tries too hard to utilize gameplay variety via awkward vehicle segments. It’s also a touch easier than previous Crash Bandicoot titles.

Drake’s Fortune is actually an independently enjoyable game and stood as arguably one of the PS3’s best exclusives for quite some time.

Yet, it’s impossible to look back on this game and not think of what comes next. This really feels like a rough draft of the Uncharted series as we know it today.

It wasn’t as original as the first game or as creative as Warped. Yet, Cortex Strikes Back features so much of what makes Crash Bandicoot memorable.

Somewhere in the middle of this pack is a pretty middle-of-the-road game.

There’s nothing necessarily wrong with The Lost Legacy, but it’s left chasing the heights of what came before. A few good ideas aside, this game just doesn’t carve enough of a legacy of its own to truly stand out.

9. Jak and Daxter: The Precursor Legacy

This game kind of gets forgotten based on what the series would become, but The Precursor Legacy is actually very good in its own right.

This was one of the few PlayStation exclusive 3D platformers that stands up to Nintendo’s best work in that genre. It’s an ambitious, enjoyable, and visually exciting game.

Speaking of competing with Nintendo, it’s easy to forget that Sony once had a racing game that could have competed with the almighty Mario Kart.

Crash Team Racing is one of the best examples of “combat” kart racing ever made. It still does some things better than even the best Mario Kart games.

Opinions vary quite wildly on Uncharted 3, but here’s where we stand: Uncharted 3 is a very good game in a series filled with greatness.

A couple of slow sections drag this game down a bit, but the heights of Uncharted 3 rank among the franchise’s greatest moments. Give this one another look.

It’s a really tough call between the next two games on this list, but there are things the next title does which we like a little better.

Jak 3 is an incredible action-platformer that leans heavier into the action elements. Its ambitious serial narrative and incredible world-building showcased what Naughty Dog was capable of from a narrative perspective.

The line on Jak II is that it converted the series from a cutesy platformer to more of a sci-fi action-adventure title with an edge. In many ways, that’s true.

Yet, what some people forget is that Jak II brilliantly married the best of platforming with the still-emerging 3D action-adventure genre. This is an incredible bridge between two eras of gaming.

It was hard to imagine that Naughty Dog could ever craft a worthwhile end to the Nathan Drake saga, but that’s exactly what Uncharted 4 is.

Here is an adventure game that’s sweeping, intimate, and filled with some of the best level design in video game history. From its brilliant opening to its heartfelt conclusion, this is a masterpiece.

3. The Last of Us: Left Behind

We almost lumped this in with the main game, but Left Behind is too special to ignore.

The Last of Us was certainly a game about a relationship but Left Behind represents a rare instance of a video game telling a very intimate relationship story that feels authentic and mature. It doesn’t hurt that Left Behind features some incredible moments of environmental storytelling.

The Last of Us may indeed feature the best story ever told via a video game. That’s rarely been disputed.

Yet, this game does not get enough credit for how it blends horror, cinematic presentation, stealth, and humanity in a package that owes quite a bit to other titles but stands alone in terms of the complete package.

Uncharted 2 isn’t just arguably the best action game ever made. It’s a game that forever changed how we talked about Naughty Dog and cinematic gaming.

Uncharted 2 was the game that early Tomb Raider developers wanted you to imagine you were playing. It showed that the ideas we gave up on and the concepts we chose to settle on now needed to be re-evaluated.

Welcome ghouls, beasts, tricksters, and every horrific being known to man. The spooky season is upon us and I figured I would indulge in the festivities in my own way. Thus, I have come up with a satirical take on … END_OF_DOCUMENT_TOKEN_TO_BE_REPLACED

In 2020 it was revealed developer IO Interactive was working on a James Bond game known as Project 007 which, understandably, shook the video game world. Still in production, there’s a possibility that their James Bond game could be the … END_OF_DOCUMENT_TOKEN_TO_BE_REPLACED

Do so, and you’ll probably find that T END_OF_DOCUMENT_TOKEN_TO_BE_REPLACED

I remember when I played my first Resident Evil. It was a gift and couldn’t wait to get it running in my old PS1. That old Capcom “this game contains scenes of explicit violence and gore” plastered on the … END_OF_DOCUMENT_TOKEN_TO_BE_REPLACED

At the beginning of one mission, you are marked for dead by the organization you work for. Your handler has no idea what happened but informs you that they are coming for … END_OF_DOCUMENT_TOKEN_TO_BE_REPLACED

The history of gaming isn’t that old compared to other artistic and entertainment mediums. Many people have lived through the entirety of video game history, and more people have seen most of it. As such, you’d think that the … END_OF_DOCUMENT_TOKEN_TO_BE_REPLACED

(Updated 4/18/22) Even at a time when it feels like every game is being adapted into a show or movie, the news that Twisted Metal is being turned into a TV series stands out. Why? Well, it probably has … END_OF_DOCUMENT_TOKEN_TO_BE_REPLACED

(Updated 4/15/22) The reveal of the Mortal Kombat movie trailer and news that Street Fighter characters are joining the Fortnite roster has both legendary franchises on the minds of gamers everywhere. So, it’s only natural that fans have also … END_OF_DOCUMENT_TOKEN_TO_BE_REPLACED

While Super Smash Brothers for the Wii U and 3DS has been out for just over a year and the recent announcement of Cloud joining the roster garnering a massive amount of hype, many fans of the fighting game … END_OF_DOCUMENT_TOKEN_TO_BE_REPLACED

I’ll admit that I’ve never been a fan of visual novels. I have nothing against them; it just isn’t a genre I’m interested in. That said, MangaGamer’s announcement a while back that their upcoming Steam release of Kindred Spirits … END_OF_DOCUMENT_TOKEN_TO_BE_REPLACED

Black Shell Media is a multimedia marketing and PR studio specializing in distribution and publishing of indie games! We do a lot of marketing and work with websites, … END_OF_DOCUMENT_TOKEN_TO_BE_REPLACED

Welcome ghouls, beasts, tricksters, and every horrific being known to man. The spooky season is upon us and I figured I would indulge in the festivities in my own way. Thus, I have come up with a satirical take on … END_OF_DOCUMENT_TOKEN_TO_BE_REPLACED

The month of October is here, and the spooky festivities are starting. However, it is still key to be aware of the other important events happening around this time of the year. For example, October is Breast Cancer Awareness month. … END_OF_DOCUMENT_TOKEN_TO_BE_REPLACED