Breton has been working on video games in one capacity or another for the last 14 years, and created his own studio Gamesbymo to develop the games he would be interested in playing. Other than relying on Miyamo of Conagusuri for the music, Breton is acting solo in the development of A.N.N.E. which has served him well so far after earning over $100,000 with his Kickstarter campaign last year. Many of the campaigns reward tiers also included several retro gaming inspired gifts including a SNES version of the games packaging, decorative SNES cartridges, and controllers.

Breton shared his original inspiration for A.N.N.E., his progress with the games development, and his successful Kickstarter campaign. 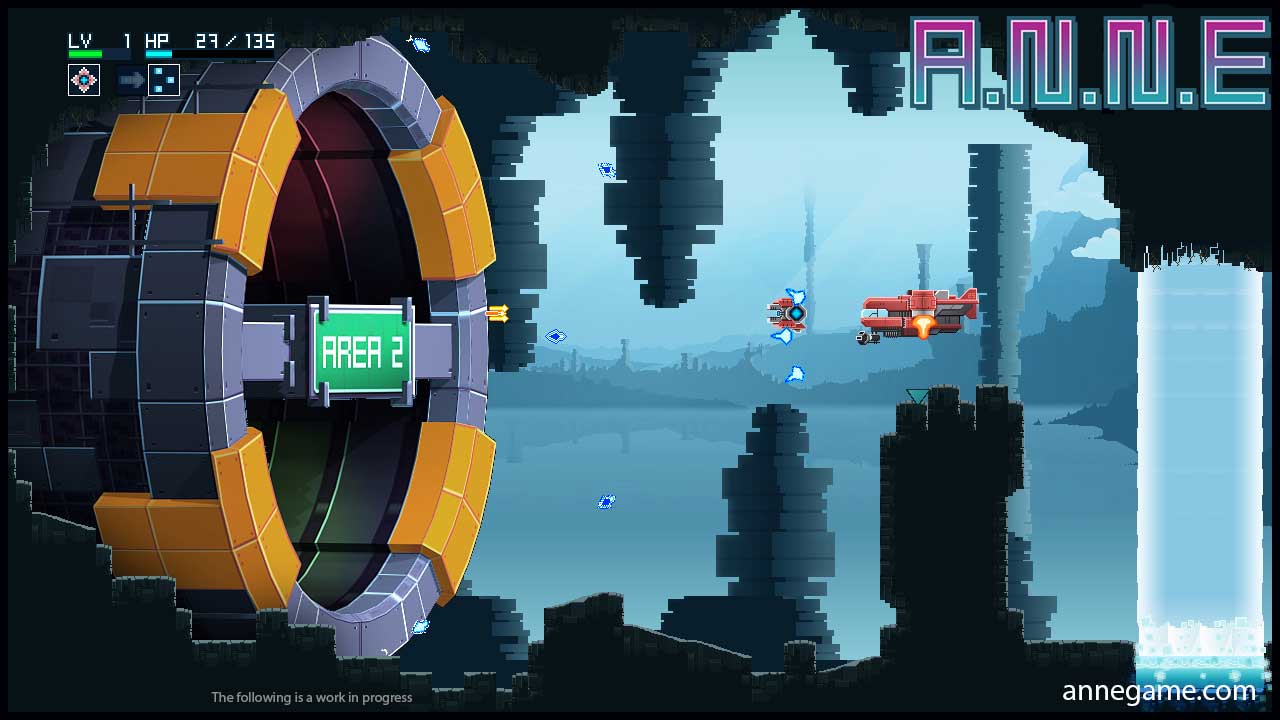 Jesse Tannous: Tell me about the origin story of A.N.N.E.

Moise Breton: I have been making small games and prototypes for more than ten years hoping that one day I would feel ready to do my own game full time. While staring at my video game collection one day wondering what to play I realized that I wanted to play a bit of everything, then I narrowed “everything” down to my favorite game genres, platforming and shmups. I got really pumped and jumped on a prototype. Two months later I was showing the prototype over at MIGS in Montreal.

JT: What were some of your biggest inspirations for the art style and game play for A.N.N.E.?

MB: The art style is really based on the constraint. I wanted to do a real 2D game (using a 2D engine not 3D) and I wanted the camera to zoom in when playing as the character. So when zooming in from 1280 x 720p resolution to a quarter of that you aliasing and little noisy sprite details that look good in higher resolution 2D game start looking like hard to read details. So I decided to go for a visual style that would work from afar and when zoomed in. The art style has evolved a lot since I first started. I get inspired by nes and SNES classics but I rarely start from reference for the art in the game. I go by feel, play with the shapes and color until I really get a little tingling feeling that I just hit the nail on the head.

JT: How has the development been going since the successful Kickstarter campaign?

MB: Development has been great but I feel that I have elevated my expectations towards the game. Also when i did the Kickstarter campaign the design wasn’t 100% done yet. I did the Kickstarter Campaign roughly 6 months after starting the project and it’s a fairly ambitious project, I did not have the full game down on paper, well I did for the mechanics of the game and the vision, but I really had to go in and design all the areas of the game, bosses, mini games etc… Also I always slow down production in summer, I take care of my kids during the day and work at night. It’s sort of a good thing since things tend to get stale or move slowly when you are spending too many hours in front of your work. This way I get to think a lot during the day and execute at night. I am happy with where things are now, it’s a big game and I want to make sure it’s worth playing.

JT: Were you surprised by how much support you gathered on Kickstarter? More than $30,000 more than you asked for?

MB: Yeah that was amazing. I tried my best not to have any expectations. I hate disappointment so I just focused on getting the campaign done and taking care of it as much as I could. In the end it was necessary for me to get that extra money. I was in debt by the time the campaign ended and a big chunk went just to get Gamesbymo afloat financially once more. Then the rewards, a bit of equipment, lawyer fees, and so on. It goes pretty quick.

JT: What do you believe were some of the most important reasons or causes for you making and exceeding your original goals?

MB: That’s always hard to say. Youtubers and game websites are always saviors when it comes to getting the game some exposure, but it doesn’t mean that people will run to your page and donate their life’s savings. I think that it’s really the x factor; doing what you really genuinely want to do and hoping that people feel it too. A lot of gamers saw A.N.N.E and got it. Now I just want to make sure that they get to play the best game it can be. 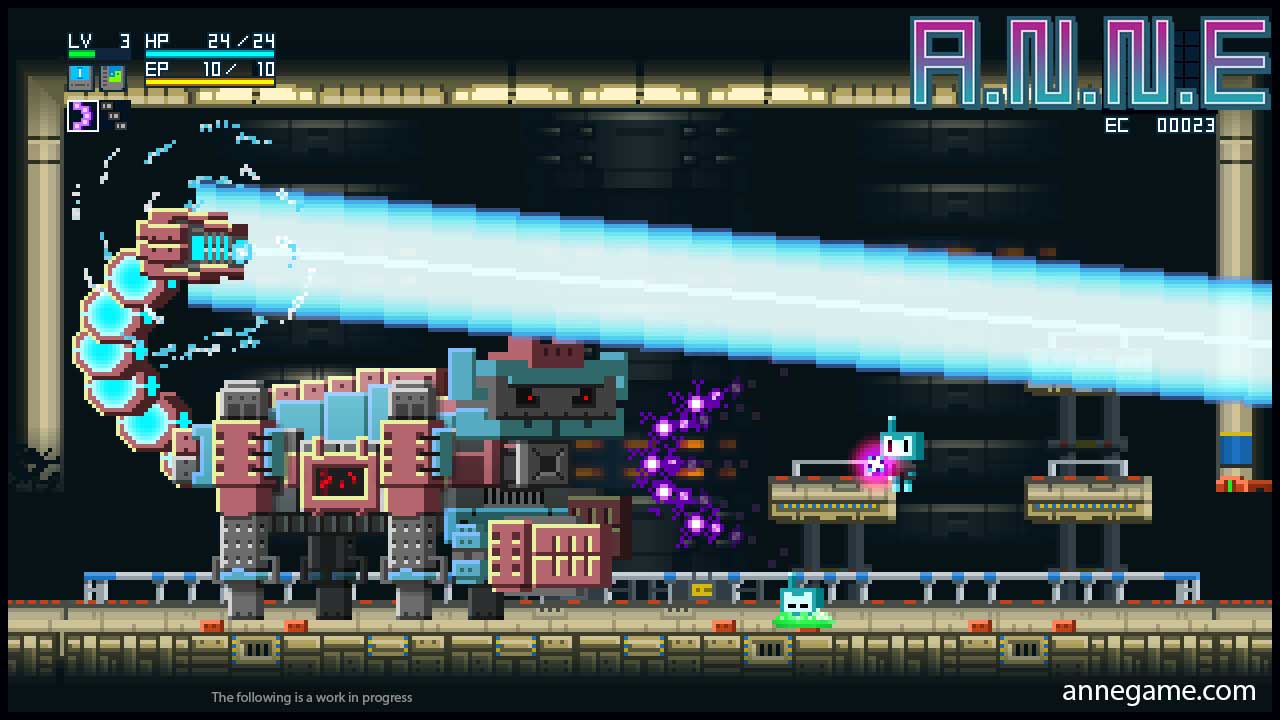 JT: What sorts of unique experiences do you think A.N.N.E. can offer players?

MB: A.N.N.E offers a big world to explore by foot or in the air in ways that haven’t been done before. It also combines a lot of distractions (mini games, side quests) and customizations for your ship and character. My goal is to offer a game with lots do to and hassle free backtracking. It’s also important to say that the game should be fairly difficult, I don’t like to throw enemies in just for throwing enemy in, I like to plan my encounters and situations as much as I can. The music is also a major player in the experience and it kicks ass.

For those who feel there’s not enough time to pursue their game development dream, keep in mind the success of “Mr. Mom”, Moise Breton who worked late into the night in order to create A.N.N.E. after taking care of his own kids all day. With a successful Kickstarter campaign under wraps…perhaps Breton can afford to hire a babysitter. 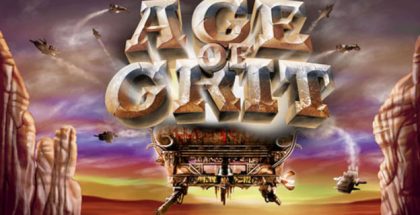 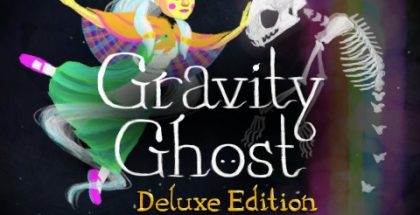 In 2020 it was revealed developer IO Interactive was working on a James Bond game known as Project 007 which, understandably, shook the video game world. Still in production, there’s a possibility that their James Bond game could be the … END_OF_DOCUMENT_TOKEN_TO_BE_REPLACED

The history of gaming isn’t that old compared to other artistic and entertainment mediums. Many people have lived through the entirety of video game history, and more people have seen most of it. As such, you’d think that the … END_OF_DOCUMENT_TOKEN_TO_BE_REPLACED

30+ years on, there’s somehow nothing quite like an NES action game. From the soundtracks to the level design and airtight mechanics, classic NES games like Ninja Gaiden and Mega Man remain some of the absolute best the medium … END_OF_DOCUMENT_TOKEN_TO_BE_REPLACED

Do so, and you’ll probably find that T END_OF_DOCUMENT_TOKEN_TO_BE_REPLACED

I remember when I played my first Resident Evil. It was a gift and couldn’t wait to get it running in my old PS1. That old Capcom “this game contains scenes of explicit violence and gore” plastered on the … END_OF_DOCUMENT_TOKEN_TO_BE_REPLACED

At the beginning of one mission, you are marked for dead by the organization you work for. Your handler has no idea what happened but informs you that they are coming for … END_OF_DOCUMENT_TOKEN_TO_BE_REPLACED

The history of gaming isn’t that old compared to other artistic and entertainment mediums. Many people have lived through the entirety of video game history, and more people have seen most of it. As such, you’d think that the … END_OF_DOCUMENT_TOKEN_TO_BE_REPLACED

(Updated 4/18/22) Even at a time when it feels like every game is being adapted into a show or movie, the news that Twisted Metal is being turned into a TV series stands out. Why? Well, it probably has … END_OF_DOCUMENT_TOKEN_TO_BE_REPLACED

(Updated 4/15/22) The reveal of the Mortal Kombat movie trailer and news that Street Fighter characters are joining the Fortnite roster has both legendary franchises on the minds of gamers everywhere. So, it’s only natural that fans have also … END_OF_DOCUMENT_TOKEN_TO_BE_REPLACED

While Super Smash Brothers for the Wii U and 3DS has been out for just over a year and the recent announcement of Cloud joining the roster garnering a massive amount of hype, many fans of the fighting game … END_OF_DOCUMENT_TOKEN_TO_BE_REPLACED

I’ll admit that I’ve never been a fan of visual novels. I have nothing against them; it just isn’t a genre I’m interested in. That said, MangaGamer’s announcement a while back that their upcoming Steam release of Kindred Spirits … END_OF_DOCUMENT_TOKEN_TO_BE_REPLACED

Black Shell Media is a multimedia marketing and PR studio specializing in distribution and publishing of indie games! We do a lot of marketing and work with websites, … END_OF_DOCUMENT_TOKEN_TO_BE_REPLACED