Before I get to the real meat of this article, it’s time for a quick Greenlight update. As I reported, 18 games have been Greenlit since my previous article. Of the games I featured in the last Greenlight Spotlight, only Cradle made it through this recent wave of titles. Sadly, Rekoil, 99 Levels to Hell, Driftmoon, and GoD Factory: Wingmen are still waiting in Greenlight limbo. Please remember to go check these games out and leave them a vote and comment if you are interested in seeing them on Steam.

One other sad piece of news to report is that one of the games that made it through the latest wave of Greenlit titles has since been canceled. After a failed Kickstarter and alpha funding campaign, Death Inc.‘s developer Ambient Studios announced that they will be closing their doors. They simply don’t have the money to keep operating, and will be issuing full refunds to the alpha backers in the coming weeks.

Things aren’t all doom and gloom though. Some pretty promising titles made it through the Greenlight process and will hopefully be on Steam before too long. The steampunk action MMORPG City of Steam made it through, as did Frozen Endzone, the next game by the developers of the critically-acclaimed and commercially successful Frozen Synapse. After highly successful Kickstarters, both Shovel Knight and Battle Worlds: Kronos also made it through.

All this talk of Kickstarters brings us to the common theme shared among today’s five spotlighted games: each one currently has an active Kickstarter campaign. If any of these games interest you, and you have some money to spare, perhaps you should also consider a pledge to their Kickstarter campaigns in addition to a vote-up on Greenlight. 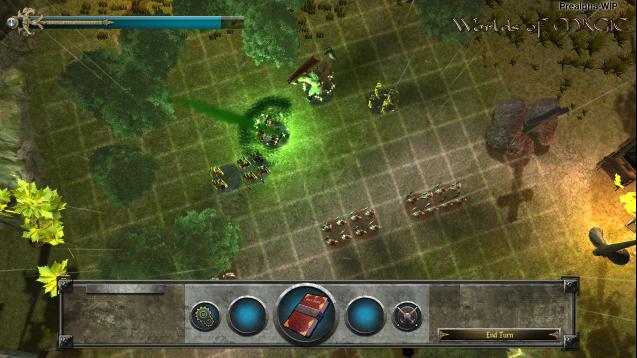 Worlds of Magic by Wastelands Interactive

By the time this article is posted, Worlds of Magic‘s Kickstarter will have less than two days left. Luckily, they have already exceeded their funding target of £30,000, but as with most Kickstarters there are always stretch goals to hit.

Worlds of Magic is yet another 4X fantasy title trying to recapture the feeling of the classic Master of Magic by Microprose back in 1994. The game still looks really rough, as expected of a pre-alpha, but it seems to have the foundation of a solid 4X fantasy game. There is set to be nearly 100 units spread across six factions, twelve diverse schools of magic, multiple planes to explore and conquer, and who knows what else could be added if the Kickstarter campaign is successful enough. 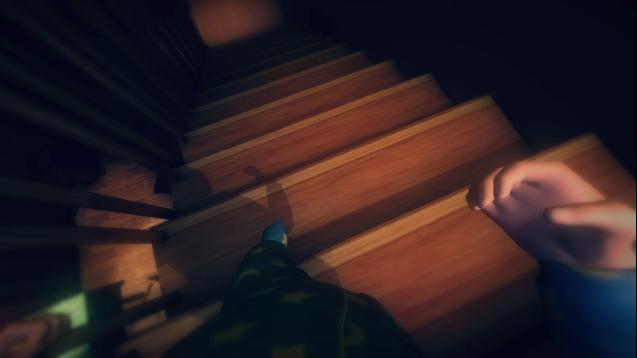 Among the Sleep by Krillbite Studio

This rather unique take on the Amnesia-style of classic horror gaming gained quite a bit of buzz when it was announced a while back and now it is on Greenlight and Kickstarter. As I write this, their Kickstarter campaign is just over halfway to its $200,000 goal, and they still have plenty of time to reach it.

For those of you who’ve yet to hear about it, Among the Sleep is an atmospheric, exploration-based horror game from the perspective of a two-year-old child. The idea of playing as a toddler in a horror game is actually pretty brilliant, and based on the trailers Krillbite seems to be doing a great job with the concept. Everything seems so big and monstrous through the eyes of a young child with an overactive imagination. The game will be tackling the themes of how surreal dreams and confusion over the way the everyday world works can make things seem more frightening than they actually are. 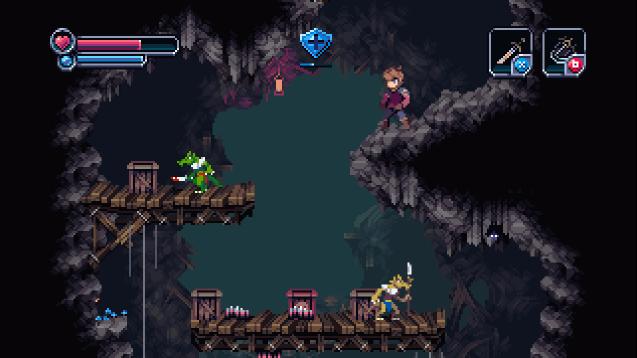 Action RPG Chasm‘s Kickstarter has just under two weeks left, but they are pretty close to their $150,000 goal. At the time of writing, they are about 78% of the way to being fully funded.

Chasm is a 2D Metroidvania-style action RPG/platformer that creates a procedurally-generated dungeon with each play through. In other words, each time you play should be a unique experience as the dungeon layout and loot drops are randomized. Bosses will also be randomized in the same way that items are. Multiple modes allow you to tackle the game as either a “score attack” or slightly more roguelike experience with permadeath. 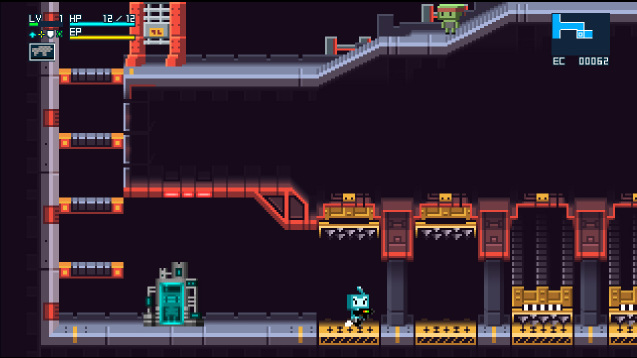 On the subject of 2D Metroidvanias, A.N.N.E has been getting a lot of attention over the past week or so. It’s Kickstarter campaign went up around a week ago and it is a little over halfway to its rather modest $70,000 goal. Most of the stretch goals are related to porting the game to other platforms like PSN, the WiiU’s eShop, and the OUYA.

A.N.N.E is an open world 2D Metroidvania/action RPG where you can explore both on foot and in a ship. The game seems to have a basic physics system where you can use your ship to pick up and move heavy objects, thus allowing you to get to new areas.  The game is meant to be truly open, in the sense that you can theoretically get to areas you “shouldn’t” be yet if you are smart and skilled enough to overcome the obstacles and higher level enemies blocking your path. 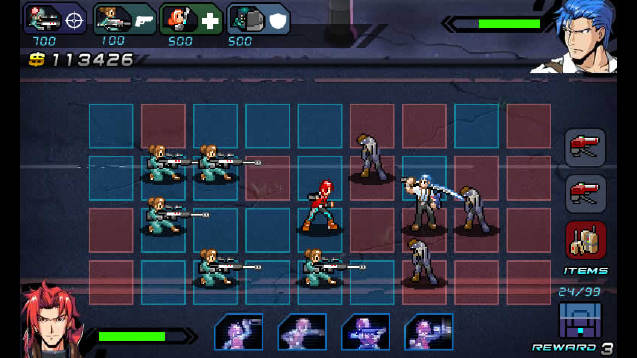 C-Wars is doing really well for itself on Kickstarter. They are well past their target goal of $32,000, and they are now focusing on stretch goals that include ports to other platforms and contests where fans can vote for new weapons and options to be added to the final game.

C-Wars is an oddball game that is pretty hard to describe. I’d recommend watching one of the trailers. It is a combination of an action RTS/RPG roguelike where you fight on a grid in real time. You micromanage a powerful hero unit while also deploying various allied units that fight with you. It looks a lot like the old Mega Man Battle Network games on the GBA, combined with some sort of tower defense/action RTS and permadeath. If nothing else it is quite a unique game that looks pretty fast-paced and hectic.

As with all Kickstarters, remember that just because a game has reached its funding that doesn’t mean you shouldn’t pledge some money if able. Every little bit counts, and a campaign meeting its stretch goals just means that the final product will be that much better. Also remember to leave these games a vote on Greenlight. A successful Kickstarter is great, but getting the chance to sell your game on Steam is even better. 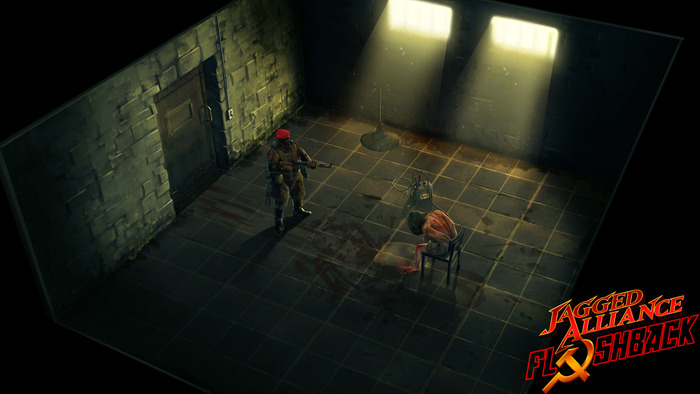 (Updated 4/18/22) Even at a time when it feels like every game is being adapted into a show or movie, the news that Twisted Metal is being turned into a TV series stands out. Why? Well, it probably has … END_OF_DOCUMENT_TOKEN_TO_BE_REPLACED

(Updated 4/15/22) The reveal of the Mortal Kombat movie trailer and news that Street Fighter characters are joining the Fortnite roster has both legendary franchises on the minds of gamers everywhere. So, it’s only natural that fans have also … END_OF_DOCUMENT_TOKEN_TO_BE_REPLACED

Do so, and you’ll probably find that T END_OF_DOCUMENT_TOKEN_TO_BE_REPLACED

Do so, and you’ll probably find that T END_OF_DOCUMENT_TOKEN_TO_BE_REPLACED

I remember when I played my first Resident Evil. It was a gift and couldn’t wait to get it running in my old PS1. That old Capcom “this game contains scenes of explicit violence and gore” plastered on the … END_OF_DOCUMENT_TOKEN_TO_BE_REPLACED

At the beginning of one mission, you are marked for dead by the organization you work for. Your handler has no idea what happened but informs you that they are coming for … END_OF_DOCUMENT_TOKEN_TO_BE_REPLACED

(Updated 4/18/22) Even at a time when it feels like every game is being adapted into a show or movie, the news that Twisted Metal is being turned into a TV series stands out. Why? Well, it probably has … END_OF_DOCUMENT_TOKEN_TO_BE_REPLACED

(Updated 4/15/22) The reveal of the Mortal Kombat movie trailer and news that Street Fighter characters are joining the Fortnite roster has both legendary franchises on the minds of gamers everywhere. So, it’s only natural that fans have also … END_OF_DOCUMENT_TOKEN_TO_BE_REPLACED

The Legend of Zelda: Breath of the Wild’s critical acclaim is often met with the counter of being “overrated” by some players. There are usually numerous reasons for this – both notable and ridiculous – but one of the … END_OF_DOCUMENT_TOKEN_TO_BE_REPLACED

While Super Smash Brothers for the Wii U and 3DS has been out for just over a year and the recent announcement of Cloud joining the roster garnering a massive amount of hype, many fans of the fighting game … END_OF_DOCUMENT_TOKEN_TO_BE_REPLACED

I’ll admit that I’ve never been a fan of visual novels. I have nothing against them; it just isn’t a genre I’m interested in. That said, MangaGamer’s announcement a while back that their upcoming Steam release of Kindred Spirits … END_OF_DOCUMENT_TOKEN_TO_BE_REPLACED

Black Shell Media is a multimedia marketing and PR studio specializing in distribution and publishing of indie games! We do a lot of marketing and work with websites, … END_OF_DOCUMENT_TOKEN_TO_BE_REPLACED