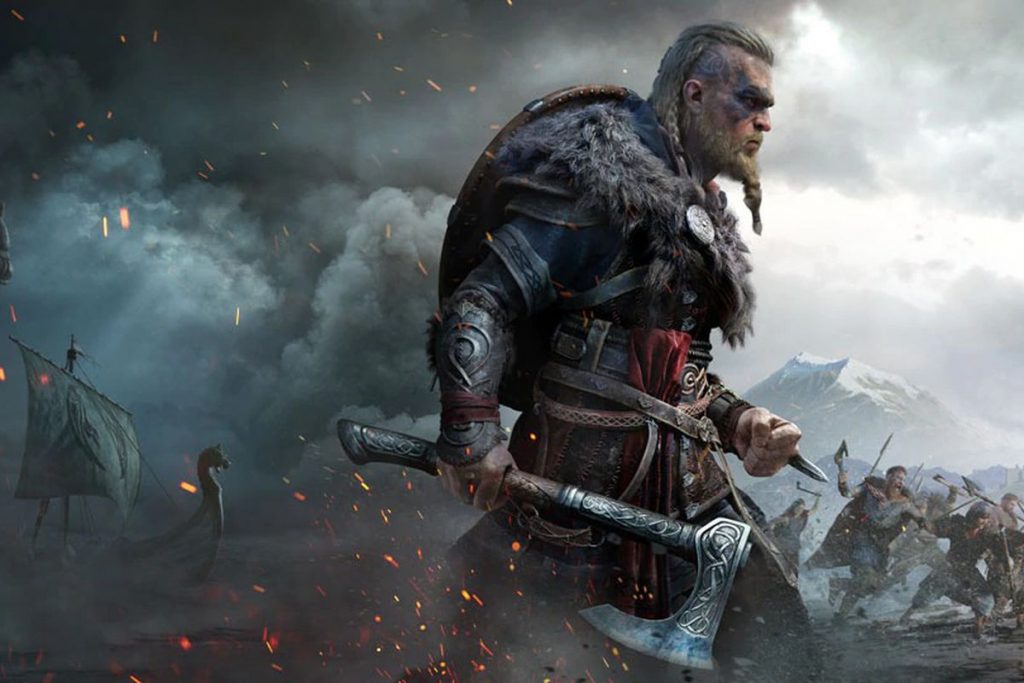 Despite all of the hardships it presented, 2020 ended up being a pretty special year for gamers. Against all odds, developers everywhere turned in an incredible lineup of titles that will surely make this year’s game of the year awards a challenge to figure out.

Yet, there are a few titles I see that keep popping up as candidates for those awards that just make me wince. They’re not necessarily bad games but they are, for one reason or another, games that are just getting a little too much love.

These are the most overrated games of 2020.

Valhalla is occasionally that something special, but it’s mostly another incremental improvement that received a little too much praise for being another largely familiar entry in an increasingly familiar franchise. Not every AC game needs to reinvent the wheel, but we should also temper our praise for amounts to a better version of an already good game.

It didn’t take long for Call of Duty: Warzone to become the darling of the battle royale scene. The popularity of the Call of Duty franchise made Warzone immediately notable while the title’s free-to-play status got it into the hands of more people than may have otherwise given it a chance. On top of that, it’s a fun game in its own right.

Yet, at a time of constant updates, Warzone‘s general complacency has been frustrating to watch. The one advantage of live service games is that they typically stay fresh enough to become the only game you need for months at a time. Aside from a couple of fun events, Warzone‘s updates have largely focused on balancing the existing game.

This one is tough. I actually think Ghost of Tsushima is a really good game. It’s got a great open-world, fun combat, a ton of style, and a fairly good story. There’s not a lot wrong with it from a purely critical standpoint.

Yet, at a time when Ghost of Tsushima is clearly becoming an award season darling, I feel that it’s necessary to be realistic about this game’s accomplishments. It’s a very well done version of a kind of game that we’ve seen before. Much like Valhalla, Ghost of Tsushima executes a formula to near perfection, but it perhaps plays it a bit too safe to be considered truly great.

Granted, there aren’t a lot of people hyping up Marvel’s Avengers these days, but this feels like a fairly well-deserved case of “We told you so.”

After listening to everyone who wanted to defend this game for months despite an ever-growing pile of red flags surrounding it there’s an admittedly dark pleasure that comes from seeing this title turn out to be exactly what many others suspected it would be. Aside from its fairly good campaign, this is a soulless cash grab that tries and fails to cash in on a license with an unlimited amount of potential.

Squadrons is another game I actually like quite a bit. At a time of increasingly lowered expectations for Star Wars games, Squadrons offers a fun take on this universe that is often fairly clever.

However, Squadrons was hyped as a return to the glory days of Star Wars spaceship games, which it simply isn’t. It lacks the pure arcade action of the Rogue series, and it fails to replicate the simulator brilliance of the PC Star Wars space fighter titles of the ’90s. It’s stuck reminding me of better games it simply is not.

Genshin Impact caused quite a stir earlier this year with some fans going so far as to call it an improved version of Breath of the Wild that you can even play on mobile devices.

At the end of the day, Super Mario 3D All-Stars features three classic Mario games. It’s hard to argue with the idea of getting all of these games in one package or the merits of the original games.

Yet, nearly everything else about this collection feels like a mistake. Its ports are little more than glorified emulations that fall short of paying these games the tribute they deserved. Even if you’re willing to overlook this game’s bizarre limited digital release schedule, you’re still left to wonder where Super Mario Galaxy 2 is or why these games aren’t just straight-up available to download on Nintendo Switch.

Call of Duty: Black Ops II Review
Why You Should Lower Your Expectations for PS5 and Xbox Series X
XBox Game Pass for PCs Will Focus on PC Gamers & Developers

The science-fiction horror game, originally released in 2008, was a massive success that influenced an entire generation of games within space/horror genre. Despite the … END_OF_DOCUMENT_TOKEN_TO_BE_REPLACED

After months of speculation regarding the release of an upgraded Switch system, Nintendo finally revealed its latest gaming system — the Nintendo Switch OLED Model. The new Switch will release on October 8, costs $349.99, and offers a long list … END_OF_DOCUMENT_TOKEN_TO_BE_REPLACED

The Legend of Zelda: Breath of the Wild’s critical acclaim is often met with the counter of being “overrated” by some players. There are usually numerous reasons for this – both notable and ridiculous – but one of the … END_OF_DOCUMENT_TOKEN_TO_BE_REPLACED

I remember when I played my first Resident Evil. It was a gift and couldn’t wait to get it running in my old PS1. That old Capcom “this game contains scenes of explicit violence and gore” plastered on the … END_OF_DOCUMENT_TOKEN_TO_BE_REPLACED

At the beginning of one mission, you are marked for dead by the organization you work for. Your handler has no idea what happened but informs you that they are coming for … END_OF_DOCUMENT_TOKEN_TO_BE_REPLACED

If you were to bet me $20 that Amazon would be making an MMORPG at some point, I would still find some reason to not give it to you. Amazon games announced 3 new PC games to try to … END_OF_DOCUMENT_TOKEN_TO_BE_REPLACED

The Legend of Zelda: Breath of the Wild’s critical acclaim is often met with the counter of being “overrated” by some players. There are usually numerous reasons for this – both notable and ridiculous – but one of the … END_OF_DOCUMENT_TOKEN_TO_BE_REPLACED

I don’t play a lot of Apex Legends anymore. I enjoyed the game for a while, but there aren’t many games I’ve stayed with consistently over the long haul since the lost years of World of Warcraft. These days there … END_OF_DOCUMENT_TOKEN_TO_BE_REPLACED

Diehard fans of Call of Duty’s groundbreakingly successful battle royale – Warzone – have been eagerly anticipating the release of a new map for months now. … END_OF_DOCUMENT_TOKEN_TO_BE_REPLACED

While Super Smash Brothers for the Wii U and 3DS has been out for just over a year and the recent announcement of Cloud joining the roster garnering a massive amount of hype, many fans of the fighting game … END_OF_DOCUMENT_TOKEN_TO_BE_REPLACED

I’ll admit that I’ve never been a fan of visual novels. I have nothing against them; it just isn’t a genre I’m interested in. That said, MangaGamer’s announcement a while back that their upcoming Steam release of Kindred Spirits … END_OF_DOCUMENT_TOKEN_TO_BE_REPLACED

Black Shell Media is a multimedia marketing and PR studio specializing in distribution and publishing of indie games! We do a lot of marketing and work with websites, … END_OF_DOCUMENT_TOKEN_TO_BE_REPLACED

Wondering if you can run Halo Infinite on your laptop or desktop? Sure, why not? Halo Infinite has launched in open beta mode (Nov. 16, 2021) and will officially release on Dec. 8, 2021. The game is the sixth in … END_OF_DOCUMENT_TOKEN_TO_BE_REPLACED