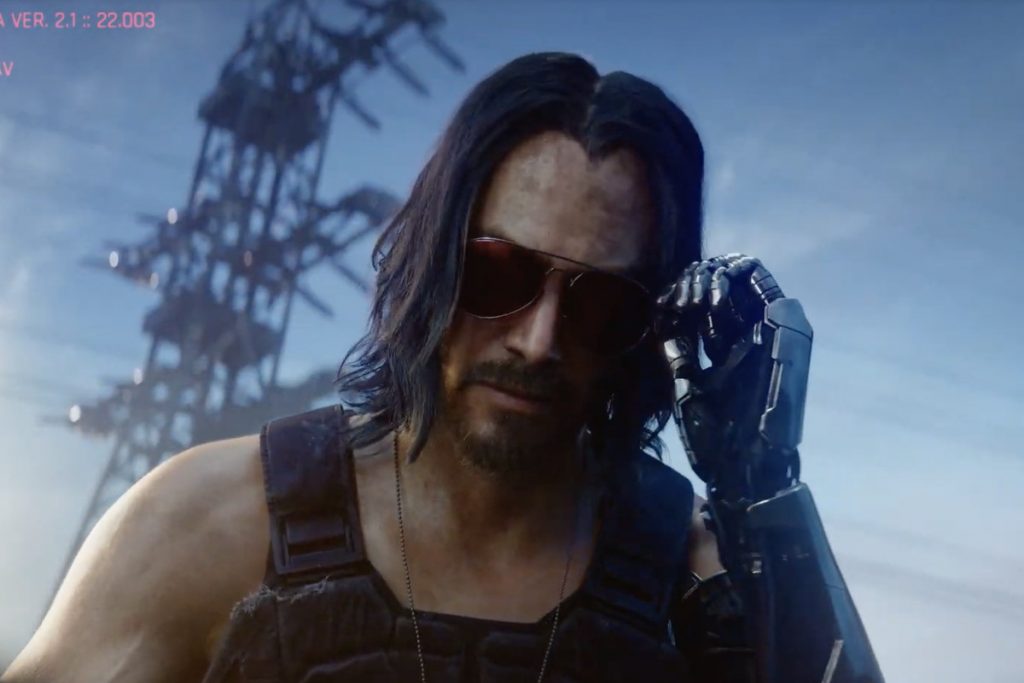 Cyberpunk 2077‘s release is a few days away, but the earliest reviews of 2020’s most anticipated game are already here.

While the reviews are generally positive, it shouldn’t come as a surprise that they’re just mixed enough to cause some fans to be upset that a reviewer doesn’t agree with what they think their feelings about the game will be. What is a little surprising is that the controversy in this instance seems to be focused on a few major points.

To help you make a little more sense of the madness that’s floating around at the moment, here is our read on why early Cyberpunk 2077 reviews seem to be controversial.

Not Everyone Got to Review Cyberpunk 2077

One of the earliest Cyberpunk 2077 concerns actually involves the people who haven’t gotten to play it.

While we don’t know the criteria for CD Projekt Red’s selection process, the fact is that even some major outlets and critics will not receive review copies of Cyberpunk 2077 ahead of the game’s launch. This has created the perception that critics were chosen based on potentially biased criteria.

However, that doesn’t seem to be likely considering that even outlets that have been vocally critical of the game in the past received review copies. Instead, the limited number of review copies can seemingly be attributed to fears over leaks and perhaps Metacritic involvement.

Some People Worry Cyberpunk 2077 Reviews Came Out to Quickly

We don’t know how long Cyberpunk 2077 is, but the idea seems to be that you can spend hundreds of hours playing the game if you’re willing to do so.

That’s why some fans seem worried that early Cyberpunk 2077 reviews came out as quickly as possible. These worries are amplified by the fact that some reviews leave fans with the impression that the reviewer mostly only played the game’s campaign.

However, quite a few reviews did mention the game’s side content, and it seems that those who did receive a copy of the game for review likely got their copies weeks before the embargo date.

Fans Believe Some Cyberpunk 2077 Critics Have an Agenda

This is one of those concerns that never goes away and is always ugly.

Simply put, there’s no getting around the fact that some gamers believe that outlets and individual reviewers have an agenda that will pre-determine their review of Cyberpunk 2077. It’s a concern that has formed the basis of some of the most worrisome groups in the gaming industry.

While there’s a level of subjectivity in the review process which makes it hard to guarantee that some level of bias wasn’t a factor in some reviews, it’s worth noting that some outlets which were previously critical of Cyberpunk 2077 came away with positive impressions of the final game and vice-versa.

This is one of the more interesting concerns that we’ve seen emerge since the first Cyberpunk 2077 reviews started to hit.

Basically, there’s an idea that some critics went into Cyberpunk 2077 expecting a first-person shooter or even a sci-fi version of The Witcher 3. When they got a game that many feel is spiritually closer to the Deus Ex series, some think that they reacted based on their own mismanaged expectations rather than the game itself.

Like we said, this point is actually kind of interesting. There do seem to be some reviews that leave you with the distinct impression that there was a fundamental misunderstanding of what Cyberpunk 2077 was supposed to be.

Generally speaking, though, most reviews seem to be judging the game on its own merits with the odd review which feels a bit misguided in certain places being notable outliers.

One thing that you’ll find in every Cyberpunk 2077 review are references to the game’s various bugs. While pretty much everyone assumed that Cyberpunk 2077 would be a buggy game, it does sound like the number of bugs in the final title has even managed to surprise the most understanding of critics.

What’s funny is that different outlets seem to be weighing the bugs differently than others. There are concerns on both sides with some fans arguing that bugs are being too accepted by reviewers and others saying that the bugs are being factored too heavily in the review scores given that they’re likely going to be patched out in the near future.

Like so many other elements of early review controversies, this really comes down to personal preferences and your own tolerance for glitches.

Snowfall is here and it is time to cheer! Sorry about that… As different video games pump out their holiday events, plenty get swept under the radar. If you are tired from playing the multiple FPS holiday events … END_OF_DOCUMENT_TOKEN_TO_BE_REPLACED

Welcome ghouls, beasts, tricksters, and every horrific being known to man. The spooky season is upon us and I figured I would indulge in the festivities in my own way. Thus, I have come up with a satirical take on … END_OF_DOCUMENT_TOKEN_TO_BE_REPLACED

Do so, and you’ll probably find that T END_OF_DOCUMENT_TOKEN_TO_BE_REPLACED

I remember when I played my first Resident Evil. It was a gift and couldn’t wait to get it running in my old PS1. That old Capcom “this game contains scenes of explicit violence and gore” plastered on the … END_OF_DOCUMENT_TOKEN_TO_BE_REPLACED

At the beginning of one mission, you are marked for dead by the organization you work for. Your handler has no idea what happened but informs you that they are coming for … END_OF_DOCUMENT_TOKEN_TO_BE_REPLACED

The history of gaming isn’t that old compared to other artistic and entertainment mediums. Many people have lived through the entirety of video game history, and more people have seen most of it. As such, you’d think that the … END_OF_DOCUMENT_TOKEN_TO_BE_REPLACED

(Updated 4/18/22) Even at a time when it feels like every game is being adapted into a show or movie, the news that Twisted Metal is being turned into a TV series stands out. Why? Well, it probably has … END_OF_DOCUMENT_TOKEN_TO_BE_REPLACED

(Updated 4/15/22) The reveal of the Mortal Kombat movie trailer and news that Street Fighter characters are joining the Fortnite roster has both legendary franchises on the minds of gamers everywhere. So, it’s only natural that fans have also … END_OF_DOCUMENT_TOKEN_TO_BE_REPLACED

While Super Smash Brothers for the Wii U and 3DS has been out for just over a year and the recent announcement of Cloud joining the roster garnering a massive amount of hype, many fans of the fighting game … END_OF_DOCUMENT_TOKEN_TO_BE_REPLACED

I’ll admit that I’ve never been a fan of visual novels. I have nothing against them; it just isn’t a genre I’m interested in. That said, MangaGamer’s announcement a while back that their upcoming Steam release of Kindred Spirits … END_OF_DOCUMENT_TOKEN_TO_BE_REPLACED

Black Shell Media is a multimedia marketing and PR studio specializing in distribution and publishing of indie games! We do a lot of marketing and work with websites, … END_OF_DOCUMENT_TOKEN_TO_BE_REPLACED

Snowfall is here and it is time to cheer! Sorry about that… As different video games pump out their holiday events, plenty get swept under the radar. If you are tired from playing the multiple FPS holiday events … END_OF_DOCUMENT_TOKEN_TO_BE_REPLACED

Amazon Prime members can get free games and free in-game content every month that last a certain amount of time. You can jump over to Amazon to sign-up for an account or navigate to the Prime Gaming section to see … END_OF_DOCUMENT_TOKEN_TO_BE_REPLACED