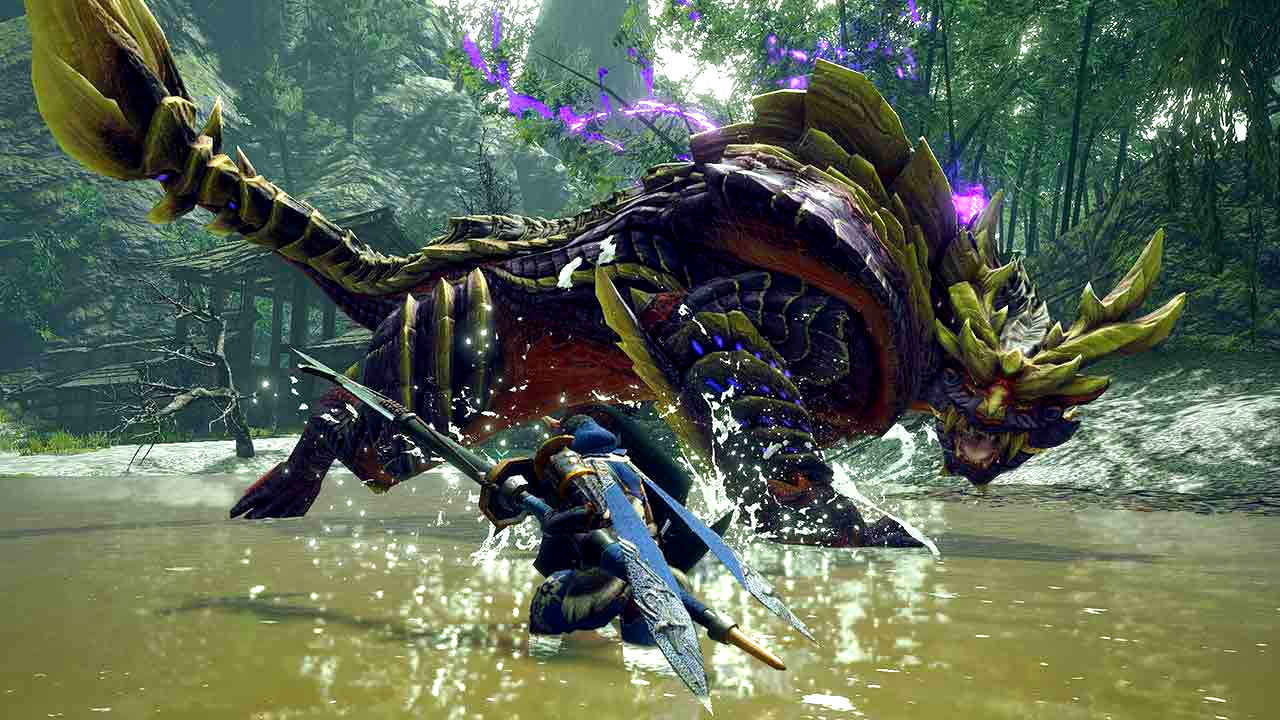 The first quarter of any year is usually pretty bland when it comes to releases, but most of the time things start picking up in March.  Despite 2020’s existence, 2021 seems to be shaping up similarly. These games come in all shapes and sizes and span several genres, but each looks to bring something exciting to the table.  There are quite a few ports and re-releases, but I want to look at what is brand new and exciting coming to the public for the first time.

Devolver Digital’s latest published game is set to be a sleeper hit for fans of RPGs across the board. This retro-styled 8-bit game looks like it would be at home on an Apple II, but is hiding its robust and addictive gameplay just beneath the surface.  I think only after release will people latch on to how enjoyable this seemingly simplistic game is.  Devolver has a sixth sense for great games no one anticipates.

Coming out of early access, this post-apocalyptic city builder is set to bring a fresh concept to the genre. Rather than working toward efficiency and monolithic skyscrapers, your goal is to survive in a world after a nuclear attack.  Buildings are cobbled together and the danger of radiation and fallout is ever-present. City builders have come a long way since the days of (the now-defunct) Sim City, especially in recent years. This looks like yet another branch of originality for a genre previously stuck in iterative ruts.

The long-running franchise born on the Nintendo is making its debut on the Nintendo Switch.  Before Stardew Valley took over the genre, Story of Seasons (or Harvest Moon before 2007) was the go-to game series for farming fun.  Not to be confused with the new lesser quality offshoot Harvest Moon games – which ironically also just recently released another lifeless title on the Switch. Pioneers of Olive Town looks to deliver all of that fun farming goodness people love to relax with after many months of grinding away at Animal Crossing.

The Monster Hunter franchise spent too long cramped on the blurry screen of the 3DS.  When Monster Hunter Generations was ported to the Switch that was even more apparent.  Now a platform-built game is on the horizon and, if the appreciation of the demo is any indicator, it should be good.  Nintendo Switch owners may not be able to embrace the beauty of Monster Hunter: World, but the improvements to this monster-slaying adventure seem to make the game even more enjoyable for veterans and newcomers alike.

Nearly 17 years after the original strategy simulation game, the long-awaited sequel is rounding out the end of the month.  Taking on the role of a villain seeking world domination, it’s your job to put together a secret lair that will defeat even the heartiest heroes while conducting missions to deliver on your diabolical plans.  This centers around building an elaborate base to build weapons, train minions, and entrap the good guys trying to stop you.  If it is anywhere near as enjoyable as the original, we’re in for a nostalgic treat with plenty of replayability.

Welcome ghouls, beasts, tricksters, and every horrific being known to man. The spooky season is upon us and I figured I would indulge in the festivities in my own way. Thus, I have come up with a satirical take on … END_OF_DOCUMENT_TOKEN_TO_BE_REPLACED

In 2020 it was revealed developer IO Interactive was working on a James Bond game known as Project 007 which, understandably, shook the video game world. Still in production, there’s a possibility that their James Bond game could be the … END_OF_DOCUMENT_TOKEN_TO_BE_REPLACED

Do so, and you’ll probably find that T END_OF_DOCUMENT_TOKEN_TO_BE_REPLACED

I remember when I played my first Resident Evil. It was a gift and couldn’t wait to get it running in my old PS1. That old Capcom “this game contains scenes of explicit violence and gore” plastered on the … END_OF_DOCUMENT_TOKEN_TO_BE_REPLACED

At the beginning of one mission, you are marked for dead by the organization you work for. Your handler has no idea what happened but informs you that they are coming for … END_OF_DOCUMENT_TOKEN_TO_BE_REPLACED

The history of gaming isn’t that old compared to other artistic and entertainment mediums. Many people have lived through the entirety of video game history, and more people have seen most of it. As such, you’d think that the … END_OF_DOCUMENT_TOKEN_TO_BE_REPLACED

(Updated 4/18/22) Even at a time when it feels like every game is being adapted into a show or movie, the news that Twisted Metal is being turned into a TV series stands out. Why? Well, it probably has … END_OF_DOCUMENT_TOKEN_TO_BE_REPLACED

(Updated 4/15/22) The reveal of the Mortal Kombat movie trailer and news that Street Fighter characters are joining the Fortnite roster has both legendary franchises on the minds of gamers everywhere. So, it’s only natural that fans have also … END_OF_DOCUMENT_TOKEN_TO_BE_REPLACED

While Super Smash Brothers for the Wii U and 3DS has been out for just over a year and the recent announcement of Cloud joining the roster garnering a massive amount of hype, many fans of the fighting game … END_OF_DOCUMENT_TOKEN_TO_BE_REPLACED

I’ll admit that I’ve never been a fan of visual novels. I have nothing against them; it just isn’t a genre I’m interested in. That said, MangaGamer’s announcement a while back that their upcoming Steam release of Kindred Spirits … END_OF_DOCUMENT_TOKEN_TO_BE_REPLACED

Black Shell Media is a multimedia marketing and PR studio specializing in distribution and publishing of indie games! We do a lot of marketing and work with websites, … END_OF_DOCUMENT_TOKEN_TO_BE_REPLACED

Welcome ghouls, beasts, tricksters, and every horrific being known to man. The spooky season is upon us and I figured I would indulge in the festivities in my own way. Thus, I have come up with a satirical take on … END_OF_DOCUMENT_TOKEN_TO_BE_REPLACED

The month of October is here, and the spooky festivities are starting. However, it is still key to be aware of the other important events happening around this time of the year. For example, October is Breast Cancer Awareness month. … END_OF_DOCUMENT_TOKEN_TO_BE_REPLACED