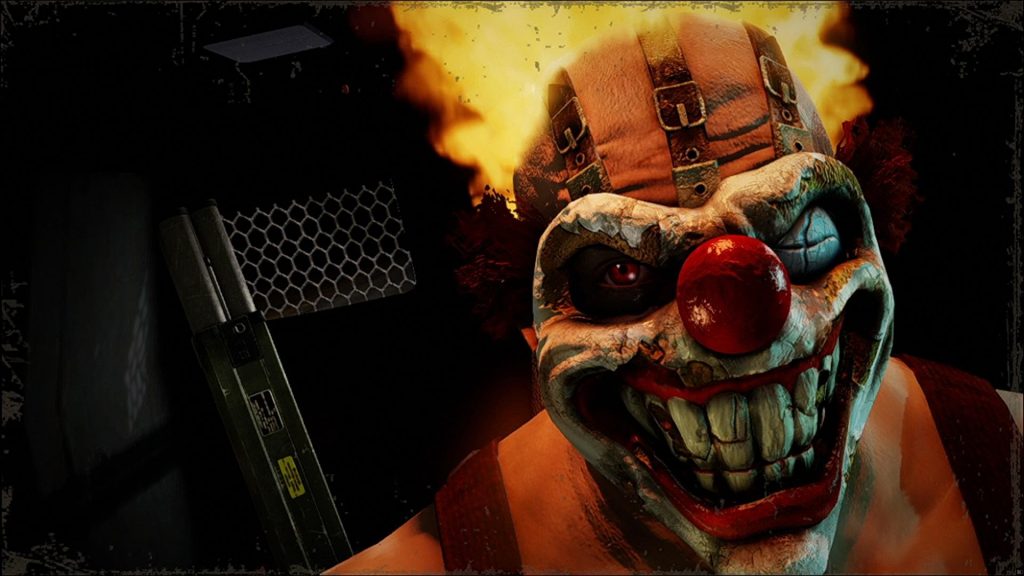 (Updated 4/18/22) Even at a time when it feels like every game is being adapted into a show or movie, the news that Twisted Metal is being turned into a TV series stands out. Why? Well, it probably has something to do with the fact that one of the more ignored major franchises in PlayStation history has always felt perfect for such a format.

See, along with its own brand of car combat action, the best Twisted Metal games offer an appropriately twisted story that feels somewhere between Tales From the Crypt and Spawn. It’s the kind of “dark” entertainment with a humorous bend that you just don’t see enough of. The series also happens to feature some of the most overlooked characters in gaming.

Those characters are what we’ll focus on today as we count down the 10 best Twisted Metal characters that we can’t wait to see in the upcoming TV series.

While the Outlaw vehicle certainly isn’t the most interesting in the early games, the lore of this vehicle (and its drivers) perfectly captures the better continuity elements of the series’ mythology.

By the time that we watch Twisted Metal 2‘s Outlaw driver join her brother in space and uses her specially rigged vehicle to slowly make their way back to Earth for revenge, you really start to appreciate just how ridiculous these games really are and how much effort goes into shaping the often equally cruel and hilarious fates of its drivers.

There’s really no such thing as a heroic protagonist in the Twisted Metal series, but Roadkill comes fairly close to filling that void.

As one of the series’ true regulars and most well-rounded drivers, Roadkill rises above his “default” status by virtue of a fantastic back story that sees him battle the very reality of the Twisted Metal universe. His discoveries call into question the very fabric of the games.

Shadow became watered down in subsequent Twisted Metal games (who didn’t?) but his debut sets the standard for what this character is all about.

Essentially an agent of supernatural chaos sent to claim revenge on behalf of those who died in the original Twisted Metal game, Shadow’s “Grim Reaper” design affords him a unique place in the Twisted Metal universe that takes into account the influences of Heaven and Hell.

Granted, the Spectre vehicle is best known for its mechanical abilities, but the lore of the driver is also fairly fascinating.

The best version of Spectre is arguably the runaway bride in Twisted Metal Black who enters the competition to find true love. As her dark ending suggests, though, it’s her relentless pursuit that’s more fascinating than the goal.

Many versions of Warthog are actually fairly generic military dudes, but the version of the Warhog driver featured in Twisted Metal Black stands tall among the pack.

As a serial killer who feels remorse for his actions, you’d think that Twisted Metal Black‘s Warthog would enter the contest looking for redemption. Instead, he’s hoping to ask Calypso for the power to remove the part of his brain that feels remorse. It’s a twisted little detail that captures the series at its cruelest.

While Minions is often presented as a somewhat generic devilish “boss” character, there are aspects of the character that have long left fans looking for more.

As one of the few characters in Twisted Metal who may be more powerful than Calypso, it’s been strongly suggested that Minion may be the true evil in the Twisted Metal universe. Then again, he always seems more interested in maintaining the balance than gaining power.

Axel’s iconic tire arms make him an instant standout, but if you dive deep enough, you’ll find he’s one of the most sympathetic and interesting characters in the entire series.

Axel’s best story beat arguably occurs in Twisted Metal 2 when we see the character wish for the strength to confront his father and seemingly get revenge on the man who left him in this appropriately twisted form. In reality, though, Axel is one of the few characters looking for something much deeper than vengeance.

Granted, Mr. Grimm’s popularity can partially be attributed to the fact he’s a skeleton riding a motorcycle, but various versions of this character over the years have benefited from surprisingly interesting lore.

Initially presented as an all-consuming force that thrives on chaos, the Mr. Grimm character was eventually shaped into a tortured soul that refused to die until he claimed vengeance. Honestly, any version of the character would play well on the big screen.

The undisputed mascot of the Twisted Metal franchise is one of the few Twisted Metal characters that has survived the series’ dark downfall.

As the only vehicle to be driven by the same character in every game, the iconic Sweet Tooth benefits from one of the most consistent backstories in series history. Still, it’s that creepy flaming head and even more disturbing ice cream truck that elevates him above the pack.

He’s not nearly as famous as Sweet Tooth, but at his best, Calypso is absolutely the most interesting character in the Twisted Metal franchise.

As the head of most Twisted Metal tournaments, Calypso is best known for granting ironic rewards to contest winners. However, as a few winners can attest to, sometimes getting what you want from Calypso is really about knowing what to ask for.

This will undoubtedly be the most desirable role in the upcoming Twisted Metal series. 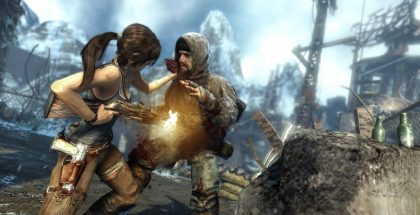 The history of gaming isn’t that old compared to other artistic and entertainment mediums. Many people have lived through the entirety of video game history, and more people have seen most of it. As such, you’d think that the … END_OF_DOCUMENT_TOKEN_TO_BE_REPLACED

30+ years on, there’s somehow nothing quite like an NES action game. From the soundtracks to the level design and airtight mechanics, classic NES games like Ninja Gaiden and Mega Man remain some of the absolute best the medium … END_OF_DOCUMENT_TOKEN_TO_BE_REPLACED

(Updated 4/18/22) Even at a time when it feels like every game is being adapted into a show or movie, the news that Twisted Metal is being turned into a TV series stands out. Why? Well, it probably has … END_OF_DOCUMENT_TOKEN_TO_BE_REPLACED

Do so, and you’ll probably find that T END_OF_DOCUMENT_TOKEN_TO_BE_REPLACED

I remember when I played my first Resident Evil. It was a gift and couldn’t wait to get it running in my old PS1. That old Capcom “this game contains scenes of explicit violence and gore” plastered on the … END_OF_DOCUMENT_TOKEN_TO_BE_REPLACED

At the beginning of one mission, you are marked for dead by the organization you work for. Your handler has no idea what happened but informs you that they are coming for … END_OF_DOCUMENT_TOKEN_TO_BE_REPLACED

The history of gaming isn’t that old compared to other artistic and entertainment mediums. Many people have lived through the entirety of video game history, and more people have seen most of it. As such, you’d think that the … END_OF_DOCUMENT_TOKEN_TO_BE_REPLACED

(Updated 4/18/22) Even at a time when it feels like every game is being adapted into a show or movie, the news that Twisted Metal is being turned into a TV series stands out. Why? Well, it probably has … END_OF_DOCUMENT_TOKEN_TO_BE_REPLACED

(Updated 4/15/22) The reveal of the Mortal Kombat movie trailer and news that Street Fighter characters are joining the Fortnite roster has both legendary franchises on the minds of gamers everywhere. So, it’s only natural that fans have also … END_OF_DOCUMENT_TOKEN_TO_BE_REPLACED

While Super Smash Brothers for the Wii U and 3DS has been out for just over a year and the recent announcement of Cloud joining the roster garnering a massive amount of hype, many fans of the fighting game … END_OF_DOCUMENT_TOKEN_TO_BE_REPLACED

I’ll admit that I’ve never been a fan of visual novels. I have nothing against them; it just isn’t a genre I’m interested in. That said, MangaGamer’s announcement a while back that their upcoming Steam release of Kindred Spirits … END_OF_DOCUMENT_TOKEN_TO_BE_REPLACED

Black Shell Media is a multimedia marketing and PR studio specializing in distribution and publishing of indie games! We do a lot of marketing and work with websites, … END_OF_DOCUMENT_TOKEN_TO_BE_REPLACED