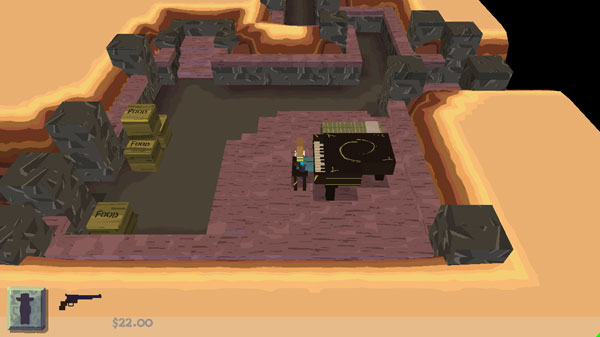 A Small Chat with Calvin French, Creator of ‘The Real Texas’ 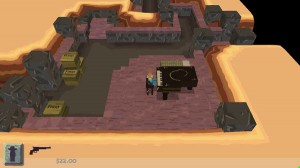 What happens when you mix The Legend of Zelda with Ultima 6? Indie game developer Calvin French answered that question with the creation of The Real Texas, a game that’s been five years in the making. The Real Texas is now available for Windows, Mac and Linux PCs over at his site. We sat down and had a small chat with him…

Q1.  Why did you decide to make this game?  How long did it take to develop?  Has this become your “day job?”

Calvin French: The game started as an experiment with a user interface system. So I originally had in mind to just create something very simple. However it quickly expanded from there. It took about 5 years all told to make, and I’d say until about year 2 or 3 there wasn’t really a “master plan.” In the end I was able to pull a lot of different threads together into something I hope is meaningful and also makes a certain amount of logical sense. END_OF_DOCUMENT_TOKEN_TO_BE_REPLACED

Four years ago, Doom had nothing to lose and everything to gain. The perception of the series after Doom 3’s mediocre release and the franchise’s subsequent hiatus left few people even looking for another game in the series. However, id … END_OF_DOCUMENT_TOKEN_TO_BE_REPLACED

Recently, I finished Rage 2.  I set out in the game with the hope that it would deliver something reminiscent of the magnificence of Doom while drawing some of the enjoyable open-world aspects of an Avalanche developed game.  I … END_OF_DOCUMENT_TOKEN_TO_BE_REPLACED

PlayStation Now sounded like a pretty exciting service when it was first revealed in 2014. At the very least, it offered … END_OF_DOCUMENT_TOKEN_TO_BE_REPLACED